Available exclusively for ‘client’ racing drivers, this Tailor-Made 488 Pista is a tribute to Ferrari’s success in the FIA World Endurance Championship Series. 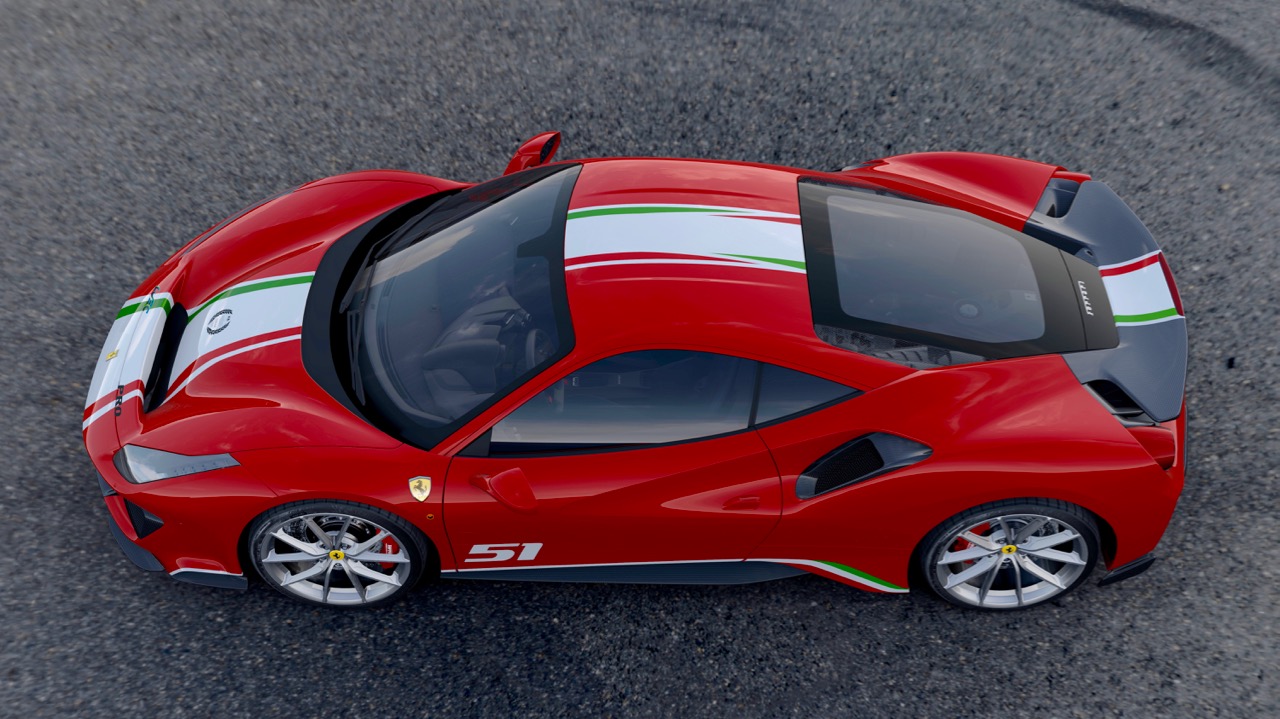 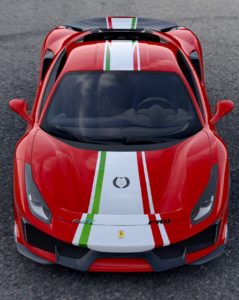 In time for the 24 Hours of Le Mans, the Prancing Horse is launching a unique ‘Piloti Ferrari’ specification for the Ferrari 488 Pista. This special custom creation, the latest from the exclusive Tailor Made program, was designed to recognize the success of clients who race Ferraris and will make its debut on the eve of the legendary French endurance race at the Circuit de la Sarthe. Inspired by AF Corse’s no. 51 car, with which Alessandro Pier Guidi and James Calado won the 2017 FIA World Endurance Championship (WEC) Drivers’ and Manufacturers’ titles, this special finish for the new Ferrari 488 Pista is available exclusively for customers involved in the company’s motor sports programs.

The exterior features a new livery with stripes in the colors of the Italian flag recalling the racing version of the 488 GTE. A laurel celebrating the WEC title and the logo of the championship and the word “PRO” indicating the class the car raced in embellishes it. The Italian flag livery is also featured along the car’s flanks which are also adorned with the personal race number each client will be able to add. The version that will be unveiled at Le Mans carries the number 51 used by the world championship drivers. The matte black S-Duct and the natural carbon-fibre ‘dovetail’ suspended rear spoiler and vent surrounds round off the customized exterior.

Available in four colors inspired by the world of racing, the ‘Piloti Ferrari’ 488 Pista can be ordered in Rosso Corsa, Blu Tour De France, Nero Daytona and Argento Nürburgring. The interior, in black Alcantara®, includes seats upholstered with a special perforated version of the same material that incorporates the Italian flag in the central band of the backrest. 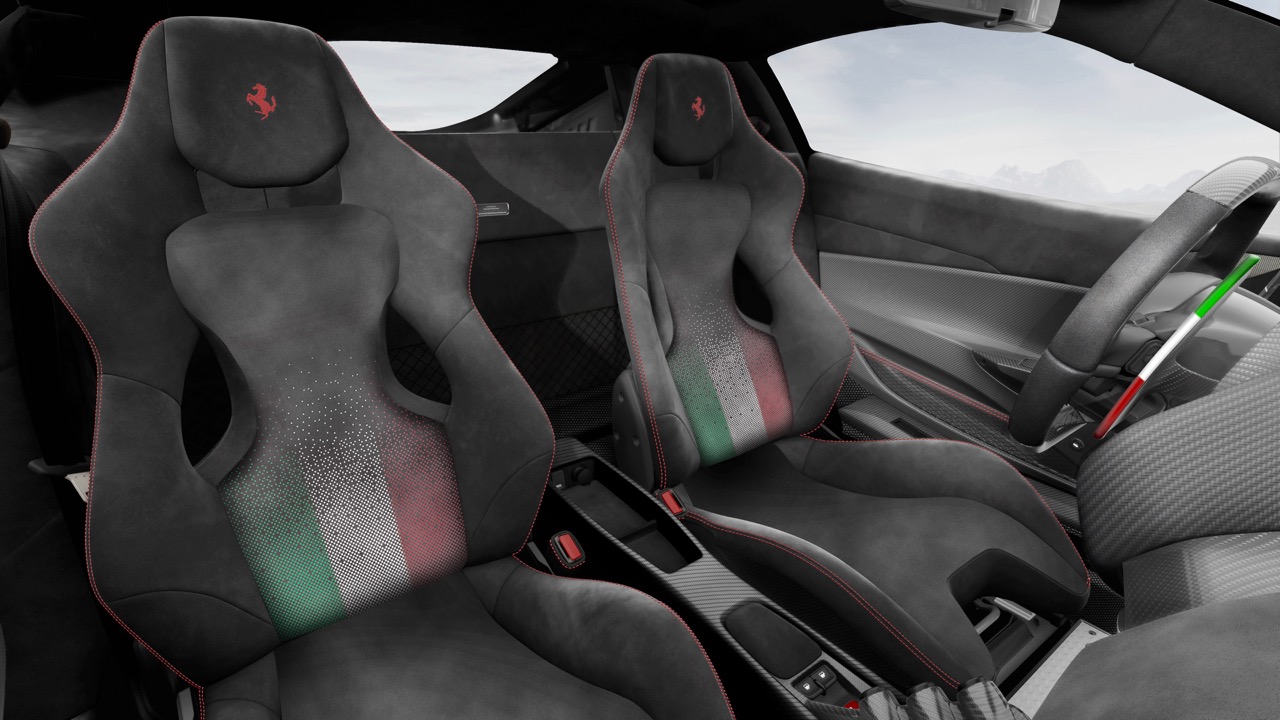 The national colors are also clearly visible on the edge of the gearshift paddles and on the floor mats, which, like the carpeting itself, are made of a special “technical” fabric. Exterior livery “numbering” also appears on the base of the steering wheel; all carbon-fibre trim parts have a matte finish. An exclusive identification plate and sill trim in carbon-fibre, the latter with the Tailor Made logo, complete the personalization of the interior. 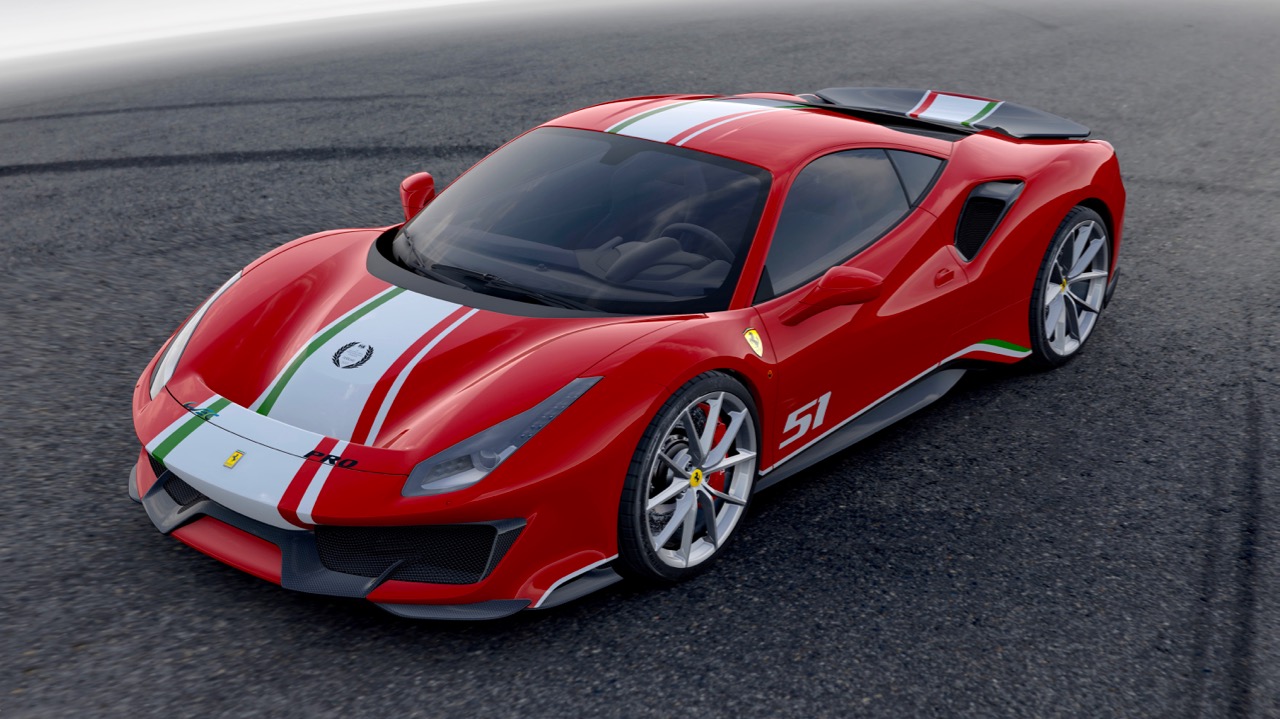 The ‘Piloti Ferrari’ 488 Pista is powered by the latest 711 horsepower version of the 3.9-litre turbocharged V8, voted “best engine in the world” for the third consecutive year at the 2018 International Engine of the Year Awards.