Skip to content
Stephen Cox blogs about the most iconic of the thundering Turbo Porsche 917s.
PART II: The Accident. 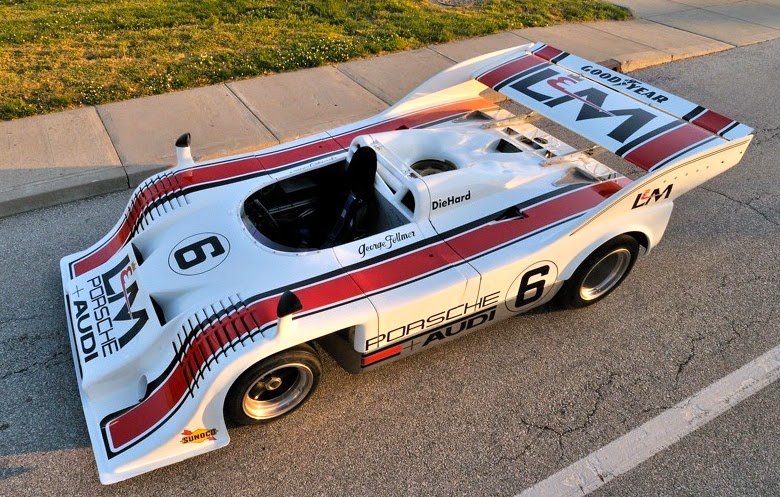 “A doctor specializing in football injuries told him, no, his sore left knee was really a knot of shredded ligaments. There was surgery and a six week plaster cast and a career grounded.” – Pete Lyons, Road & Track.

The story had to be cleaned up for the press.

If the truth came out on national television, nobody at Porsche or Penske Racing was going to be happy about it. So in a televised interview after the incident, race driver Mark Donohue told the story of his horrific practice crash at Road Atlanta with carefully chosen words.  “Going down the back straightaway, the wing, which produced a tremendous amount of downforce at high speeds, came off the back of the car,” Donohue claimed.

That was an understatement. Yes, the rear wing had come off. But so had the quarter panels, engine cover and the entire rear bodywork of Porsche 917/10, # 011, at roughly 170 mph!

This was not the #003 that Donohue had driven at Mosport. It was not the #005 car that was yet to be built and delivered to Penske later in the summer. Rather, it was a brand new machine that was intended to become the team’s primary car. This new Porsche had an experimental magnesium chassis and weighed 106 pounds less than #003. 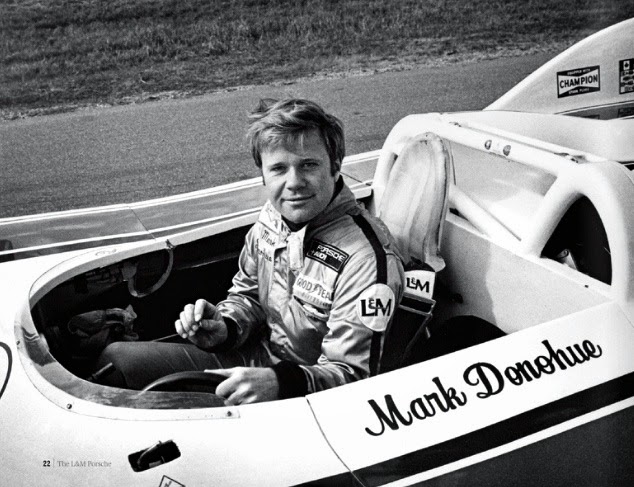 Ever the engineer, Donohue insisted that 917/10-011, better known simply as “the magnesium car” within Team Penske, be ready for the race at Road Atlanta. He had already made up his mind to drive it in the upcoming event. It was Donohue who had been entrusted with the combined Porsche/Penske effort to unseat the mighty McLaren team that had dominated Can-Am racing for nearly five years, and it was #011 that would carry him to victory.

But now, speaking to TV reporters from a hospital bed in Atlanta while his beloved magnesium Porsche was being hauled to a dumpster (literally), Donohue’s dream was shattered. He dared not tell them the full story, which was far more interesting than the sanitized public version.

Just days prior to the event, four men traveled together to Road Atlanta for the second round of the Can-Am series campaign. Chief mechanic John “Woody” Woodard planned to spend the week in Braselton for preparation and testing. Greg Syfert was Woody’s hard-working assistant and number two mechanic. Heinz Hofer was a Swiss national who found work in the early 1970s as a ski instructor in Vail, CO. One of his students was Roger Penske, who offered Hofer a job as a truck driver on his Can-Am race team.

These three men, along with Mark Donohue, made their way to Road Atlanta in early July 1972. They brought two Porsche 917/10 racecars with them: #003, which was in race-ready condition after its second place finish at Mosport, and the magnesium car, #011, which was not. It had been delivered to Penske just days after their return from Mosport three weeks earlier. The magnesium car’s bodywork had been sent to a paint shop but had been returned late. As a result, the rear cowling had not been properly fitted and all the retaining pins that secured it to the frame were not yet in place. Donohue’s goal was to drive the magnesium car as soon as possible and spend the week preparing it for Sunday’s Can-Am race. It was lighter and – theoretically – faster. Donohue was determined to race it immediately.

The Penske team arrived at Road Atlanta and unloaded both racecars. Woodard, Hofer and Syfert began working on the magnesium car’s ill-fitting bodywork while Donohue took #003
onto the track for testing.

After only a handful of laps it was clear that Donohue had chosen the wrong gear combination for #003. He passed under the bridge that still spans the track’s final turn today, pulled onto pit lane, and dismounted. Woodard was asked to change the gearing. While that work was taking place, Donohue would spend his idle time taking a few laps in the unfinished magnesium car. Woodard was quick to protest, and recalled the event in an interview with the author:

I said, “Mark, you know you can warm it up but you can’t put your foot in it cause the bodywork is not finished. There are two primary pins at the back which are not holding it onto the chassis.”

He said, “I know. No problem, I understand.”

So we’re changing the gears. There was only myself, Heinz Hofer and Greg Syfert, my two assistants. And we had hired – luckily – an ambulance driver. Mark came around about
two times running pretty slow and then way off in the distance I could hear him
starting on the back straightaway and he got into it. I could hear him accelerating.
And then there was just dead silence. 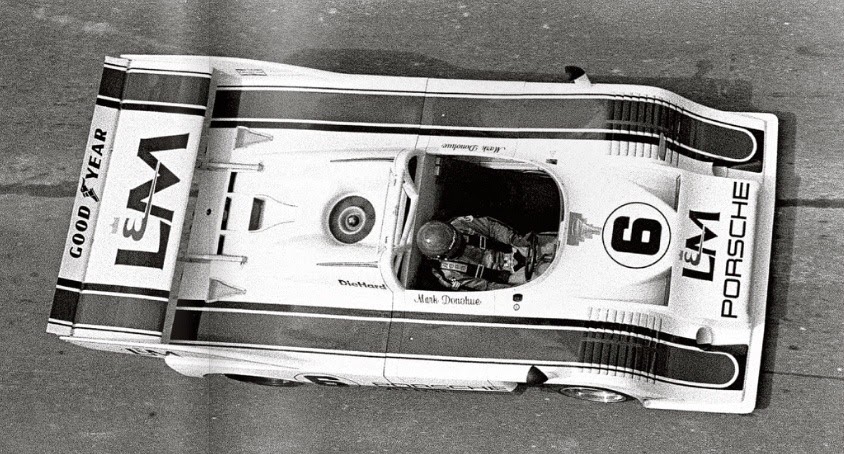 Donohue had accelerated hard at the exit of Road Atlanta’s Turn 7. Turns 8 and 9 are barely distinguishable bends in the course that can be taken at full throttle. And in the early days of Road Atlanta, the chicane at the end of the back straight (today called Turns “10a” and “10b”) didn’t exist. Instead, this entire section of track constituted one massive straightaway that facilitated speeds approaching 200 mph. It was on this straightaway that Donohue’s crash occurred, just past the crest of the rise in the center of what it today called “Turn 9.”

The bodywork on the back half of the racecar had come loose under the aerodynamic stress of speed. It acted as a parachute, lifting the rear of the car into the air before detaching completely and disintegrating. The nose of the magnesium car dug into the dirt, tearing away the front end of the machine before vaulting into a series of end-over-end cartwheels.

Half a mile away and out of sight, Woodard, Hofer and Syfert were still working on #003’s gears on pit road when the sudden silence caught their attention. They should have heard the sound of a screaming engine in the distance. Instead, they heard nothing.

Woodard said, “I knew something was bad wrong and we jumped in the ambulance and went up there and found him crawling across the pavement away from the car… or what was left of it.”

Donohue crawled away from the smoldering wreckage because he could not walk. His legs had been badly injured. Journalist Pete Lyons visited him in the hospital shortly after the accident and, as a personal friend, heard all the things that he didn’t mention to reporters.

Lyons recalled: “Mark was sitting up in bed, perfectly lucid and cheerful. I don’t know whether he was in pain or if he was doped up, but both of his legs were severely injured. The front of the chassis had ripped off so that Mark’s legs were sticking out during the accident. When the car tumbled, his legs were smashed into the pavement.”

He told us that he was going down the straight and suddenly he felt the car snap. The car was deprived of all its downforce and just started to go to pieces. The image that sticks in my mind was Mark describing how he was in the air, upside-down, looking down at the guardrail while the car is cartwheeling. It would be weeks before Donohue could walk unassisted and months
before he would race. He was lucky to be alive.

Team Penske’s road racing program had been unlucky at Mosport, but now it was in serious trouble. The brand new magnesium car was totally destroyed and would never run a single race, and Porsche’s master plan to dethrone McLaren’s Can Am dominance hung by a thread. Porsche’s hopes now rested on one car, Porsche 917/10-003, and a new driver who had never before sat in it. Over the next eight Can Am races, this unlikely combination would re-write motorsports history. To be continued.