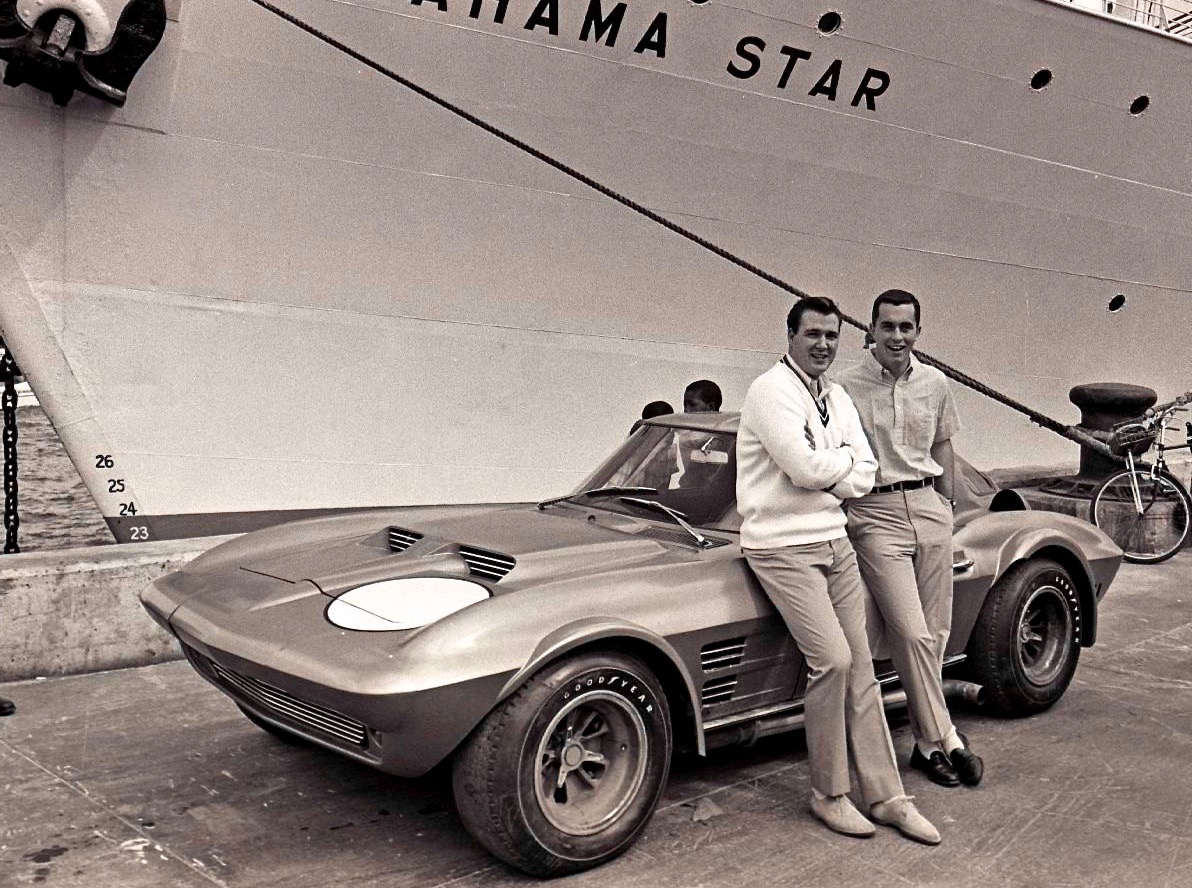 As the calendar wound toward the final month of 1960 the entire road-racing universe looked to Bahamas Speed Weeks, a week long party, race meeting and celebration. It drew racers from all disciplines of motorsport, from NASCAR to go-karts; sports car champs to Indy 500 and Le Mans winners. And, it showcased a PENSKE: HAT TRICK AT BAHAMAS SPEED WEEKS, to be celebrated at Amelia.

Brumos Porsche founder Hubert Brundage – “Mr. B” – dispatched his Porsche 718 RS 61 Spyder to Nassau wearing # 44 – Mr. B’s signature race number long before Brumos’ Peter Gregg adopted # 59 – to Nassau. Mr. B was a gifted and natural promoter who saw the arrival of CBS-TV cameras for a special broadcast of the 54-lap Nassau Trophy Race as both a marketing and competition opportunity. Besides, he had a young gun, Roger Penske, from Ohio who had already distinguished himself in a Brumos Porsche Spyder. On December 3rd he won Nassau’s Porsche/Austin-Healey/Alfa race leading a six-car Porsche sweep of the five-lap warm-up for the following day’s Nassau Trophy. 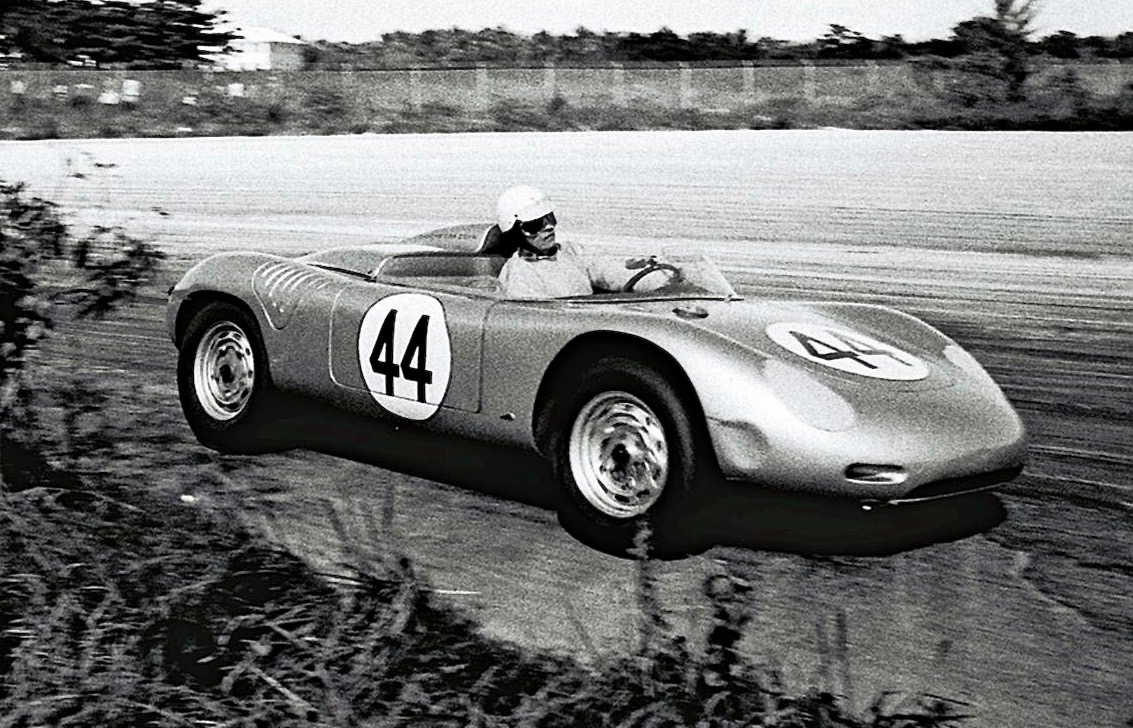 When CBS cameras fired for Sunday’s 54-lap feature Nassau Trophy Race, the Penske-Brumos #44 gave away nearly a liter of engine displacement to the favorite Lotus 19s of Dan Gurney and Stirling Moss, and 1,200 ccs and 100 horsepower to the Maserati Birdcage duo of Jim Hall and D/Modified National Champ Gus Andrey. The Ferrari Testa Rossas of Pedro Rodriguez and Hap Sharp had almost half-again the engine displacement and nearly 100 horsepower more than Penske’s Jacksonville-based #44 Porsche.

A light rain became heavier and when darkness began to close in officials stopped the Nassau Trophy Race about 25 miles short of the planned full distance. Even so, Penske had to stop for fuel on his final lap and was classified fifth overall and second in Class E behind the factory Porsche RS 61 of Grand Prix-winner Jo Bonnier. 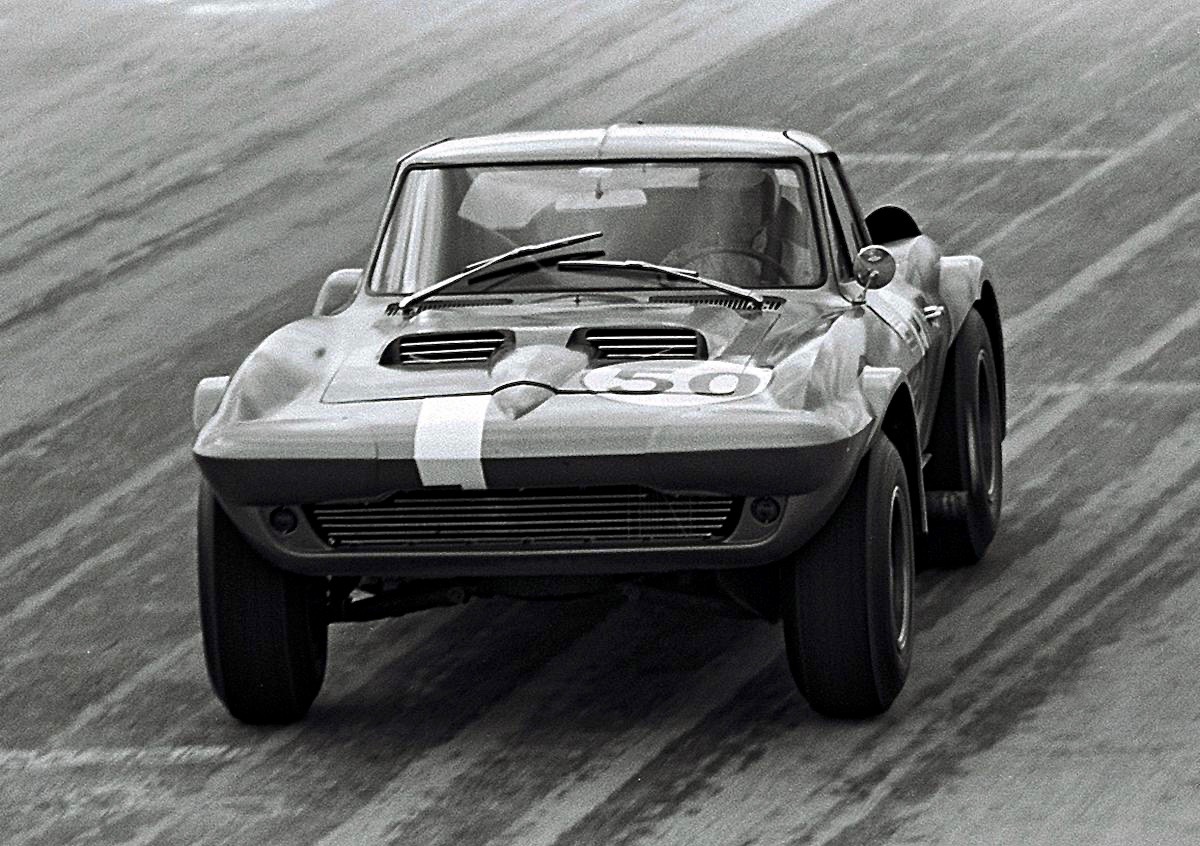 In 1964, Penske opened his annual assault on Bahamas Speed Weeks with victory in the five-lap, over-two-liter race with John Mecom’s Corvette Grand Sport. Later that day “RP” and the ferocious Grand Sport Corvette added victory in the 23-lap Nassau Tourist Trophy to his growing competition resume. A week later the 25-lap Governor’s Trophy fell to Penske and his Chaparral 2. The story was the same two days later when he relieved Hap Sharp to take the Chaparral 2, below, to victory in the Nassau Trophy, the feature race of Bahamas Speed Weeks. It was the first and only time in Bahamas Speed Weeks history that a single driver won all three major races in the same year! 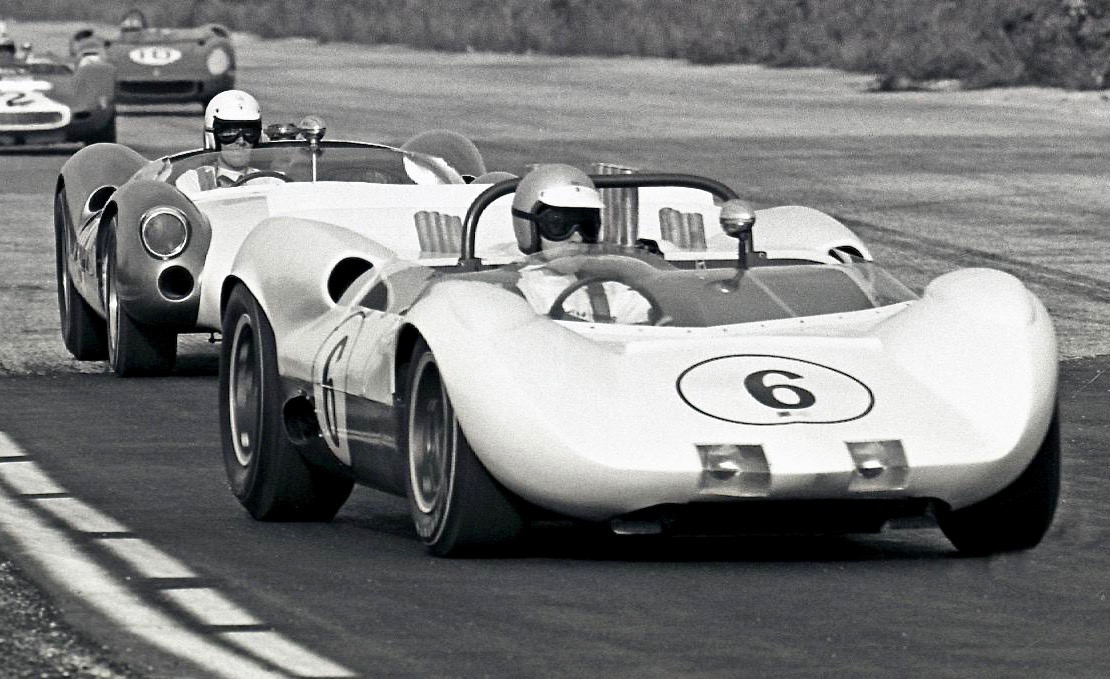 At Monday evening’s Motor Ball at the Montagu Beach Hotel, PENSKE: HAT TRICK AT BAHAMAS SPEED WEEKS unique feat was celebrated. The assembled dined on what the menu playfully called Chaparral Steak a la Penske. He then retired to become a full-time Chevrolet dealer.

The Brumos #44 RS 61, John Mecom’s Corvette Grand Sport and the Nassau winning Chaparral 2 will unite to compose a special corner of the Cars of Roger Penske Class at the Silver Anniversary Amelia Island Concours d’Elegance.

“This reunion of Roger’s Bahamas-winning trio for our Silver Anniversary Amelia has a ‘Christmas morning’ feeling to it,” said Bill Warner, founder and Chairman of the Amelia Island Concours d’Elegance. “I remember Penske’s Brumos RS- 61 from my visits to ‘Mr. B’s’ Porsche dealership and race shop at 1444 North Main Street in Jacksonville!”

“I’m grateful that we have this car back in north Florida to honor Roger and his link to Porsche and Jacksonville,” said Warner. “On a personal level I’m indebted to John and Heather Mozart, the current owners of #44 RS 61, for reviving a cherished and a very special car memory from my youth.”

The Silver Anniversary AMELIA will be held March 5-8, 2020 at The Ritz-Carlton, Amelia Island and The Golf Club of Amelia Island, FL. The show’s Foundation has donated over $3.5 million to Community Hospice & Palliative Care, Spina Bifida of Jacksonville and other local and national charities since 1996. To learn more about the Amelia Island Concours d’Elegance, where PENSKE: HAT TRICK AT BAHAMAS SPEED WEEKS will be featured, please visithttps://www.ameliaconcours.org/