Skip to content
The best just keeps on getting better: 63rd Concours d’Elegance showcased 248 cars, including 48 from abroad, and ambiance second to none. 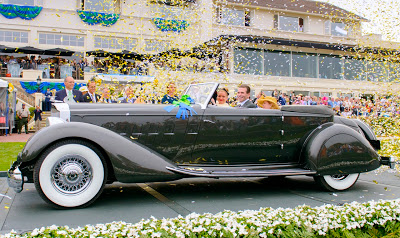 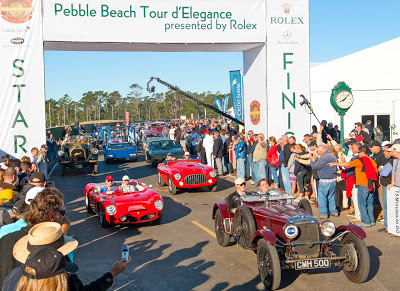 Joseph and Margie Cassini III, West Orange, NJ took home Best of Show honors for their stunning ‘34 Packard 1108 Twelve Dietrich Convertible Victoria. The Packard, above, also participated in the Tour d’Elegance. The competition at the 63rd Concours included cars from 36 states and 12 countries, and raised $1,277,007 for charity.

“This Packard is the epitome of American style and grace in the Classic Era; it embodies that period,” said Concours Chairman Sandra Button. “It is understated but elegant, and it has a striking but quiet presence. When it drove onto our show field this morning, and I stepped forward to greet the Cassinis, I could barely hear the engine running.”

Apart from a 2007 win by the ‘35 Duesenberg SJ Speedster best known as the Mormon Meteor, this win marks the first for an American car in nearly twenty years.
“That makes this win even more special,” said Joseph Cassini III. “It’s nice to see that even the European judges found this car significant enough to win Best of Show.”

The Cassinis previously won the top award at the 2004 Pebble Beach Concours with a ‘38 Horch 853A Erdmann & Rossi Sport Cabriolet. “This win is more emotional,” said Cassini. “This is the Olympics of car shows, and you would never think that you could win the Olympics twice.” 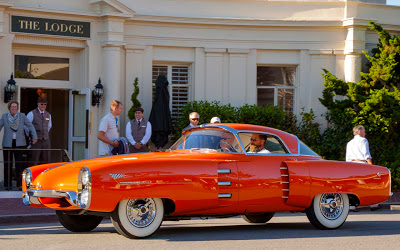 One-off ’55 Lincoln Indianapolis Boano coupe took a Second in Class-D, above. The judging process at the Pebble Beach Concours is two-fold: Class Judges focus primarily on originality and authenticity, while Honorary Judges direct their attention to design, styling and elegance. To be eligible to win Best of Show, a car must first win its class. 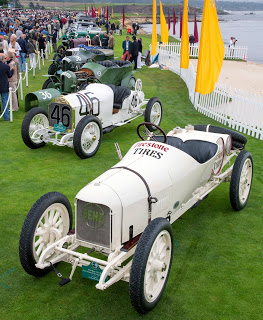 The Cassini’s Packard Twelve began to turn heads and gain notice in the competition when it participated
in a related event, the Pebble Beach
Tour d’Elegance presented by Rolex, last Thursday.

The Packard Twelve is considered to be one of the most significant automobiles of the Classic Era. While the majority of Packard Twelves were initially delivered with factory bodies, Packard offered a catalog of custom bodies, including a Raymond Dietrich Convertible Victoria, and this deep green beauty was further customized for its first owner with distinctive features such as teardrop fenders and dual rear-mounted spares. When Cassini purchased the car three years back, it was in pieces. Working with RM Restorations, he had it meticulously restored. Some 10,000 hours went into the effort! 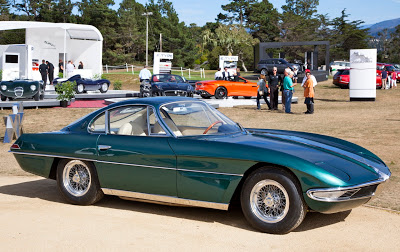 Tonight Show host Jay Leno made an appearance at the event, offering tickets to his show and tours of his Big Dog Garage. He quickly raised $25,000 for the Boys & Girls Clubs of Monterey County. The 64th Pebble Beach Concours will take place on Sunday, August 17, 2014. 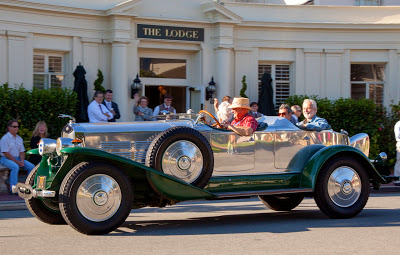 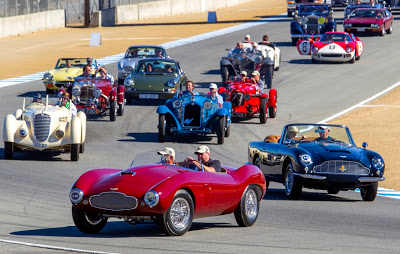 For more information about the Concours, Tour, above, and related events, please visit http://www.pebblebeachconcours.net/