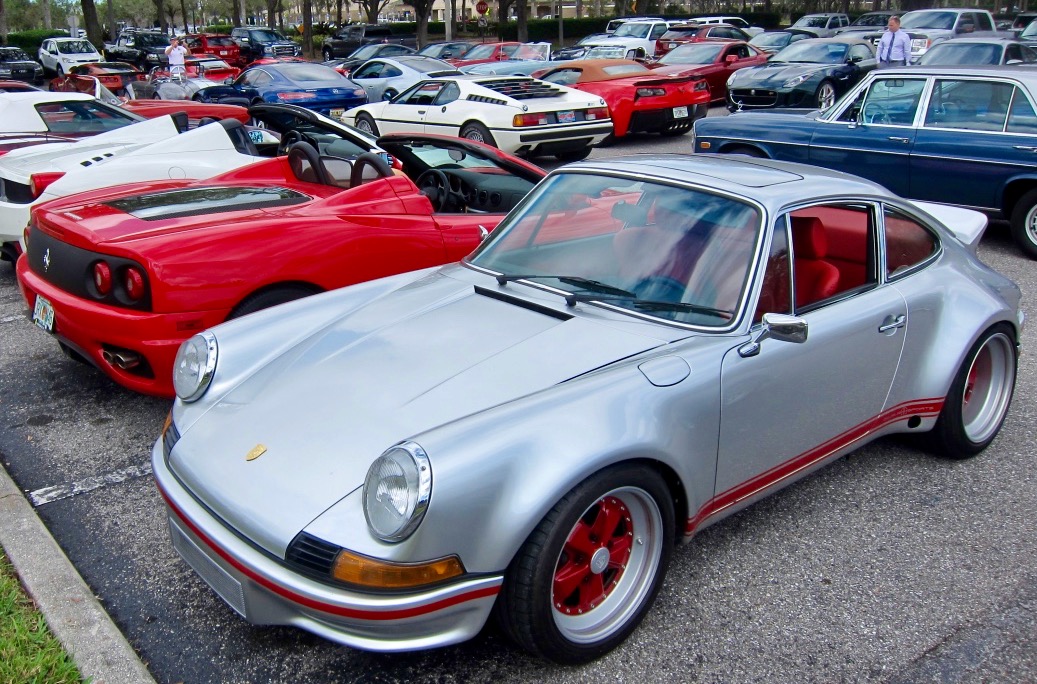 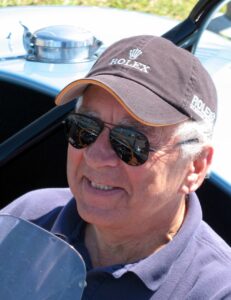 Retired sports car racer Archie Urciuoli’s last four competition cars – Ford Mark IV, Mark I GT40,  Porsche 956 and Lola T70 Spyder – represented some of the sports’ most iconic and fastest examples of purpose-built racecars. He competed (and finished) in the Le Mans Classic in the GT40 and ran 200 mph on the Bonneville Salt Flats in his big-block Mark IV. Now that he’s now longer racing, his favorite road car, also purpose-built, is this Outlaw-style 911 that looks and performs like a racecar!

A member of the exclusive Road Racing Drivers Club (RRDC) and a recipient of its Bob Akin Memorial Award, Urciuoli’s racing resume dates back to the 1950s when he competed on the New England SCCA circuit in popular British sports cars. He worked his way up to an exotic D-Type Jaguar, then competed in open-wheel Formula Atlantic, Can-Am and Daytona Prototype competition before moving up to a GT40. In 2005, he won the Historic GTP Series Championship in his Porsche 956. 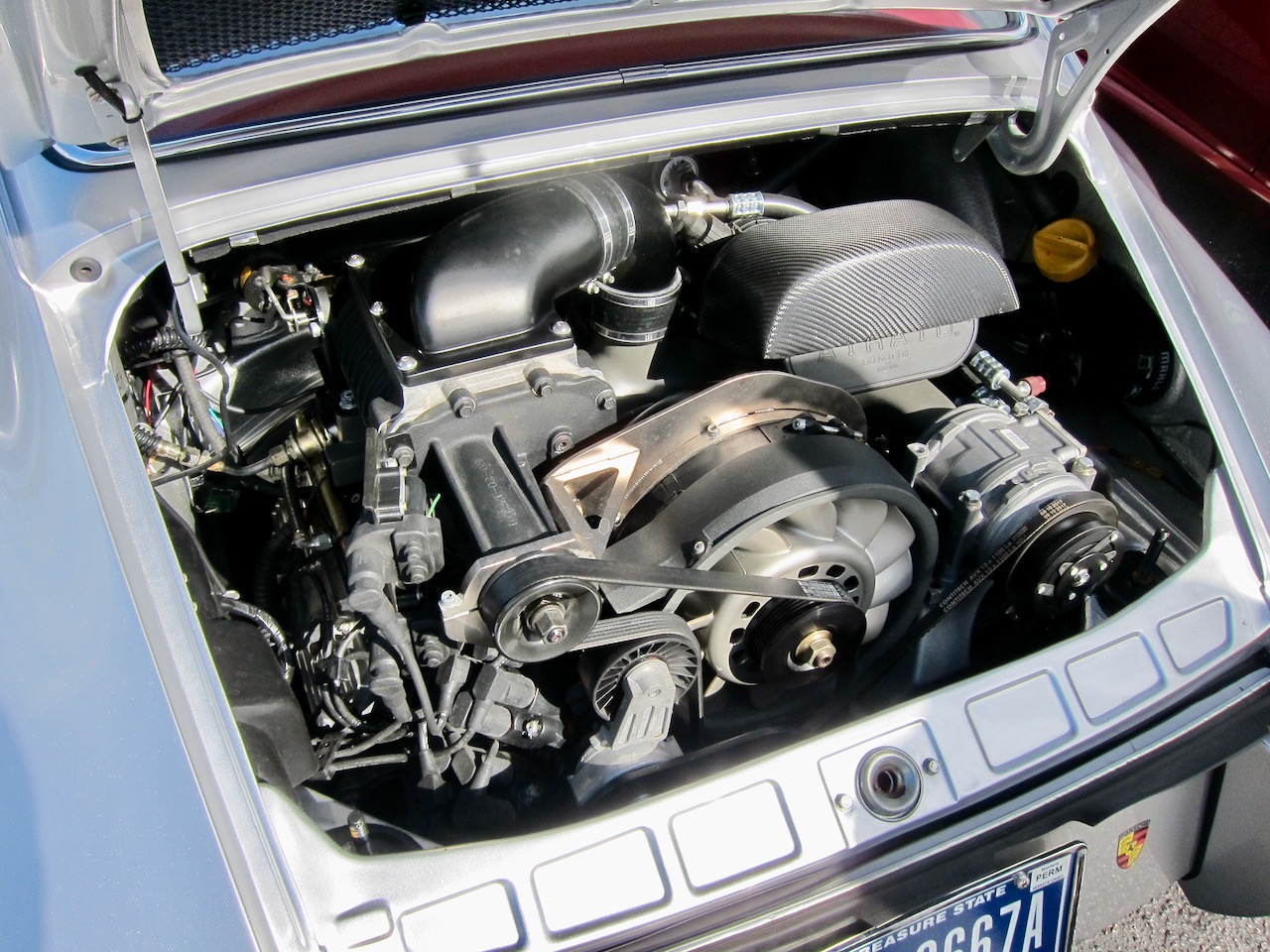 Custom built for Urciuoli by racer and racecar builder Jim Newton and his crew at Automobile Associates of Canton, CT (AAOC), this one-of-one featherweight road rocket was crafted in the Colin Chapman tradition of adding lightness! The donor car, an ’88 Carrera 3.2 weighed in at 2,866 pounds and powered by a naturally-aspirated 3.2 liter Flat Six rated at 217 horsepower and 195 pound-feet of torque. After AAOC worked its magic, the Double AA Sports Porsche tipped the scales at 2,300 pounds, and its supercharged 3.6 engine from a 964 Porsche dynoed at 380 horsepower and generated a whopping 350 pound-feet of torque.

Boosted by a positive-displacement Eaton supercharger producing six pounds boost and backed up by a Porsche G-50 five-speed and limited-slip differential pirated from a 964 Porsche, Newton estimates that 0-60 mph sprints should take 3.4 seconds and top speed max out at 170 mph. Unlike modern Porsches, it’s not fitted (and controlled by) computers. It’s an “analog” car with disc brakes from a 928 Porsche. “At six horsepower per pound, acceleration is phenomenal. A 3,600-pound 911 would need 600 horsepower to equal it,” says Urciuoli! 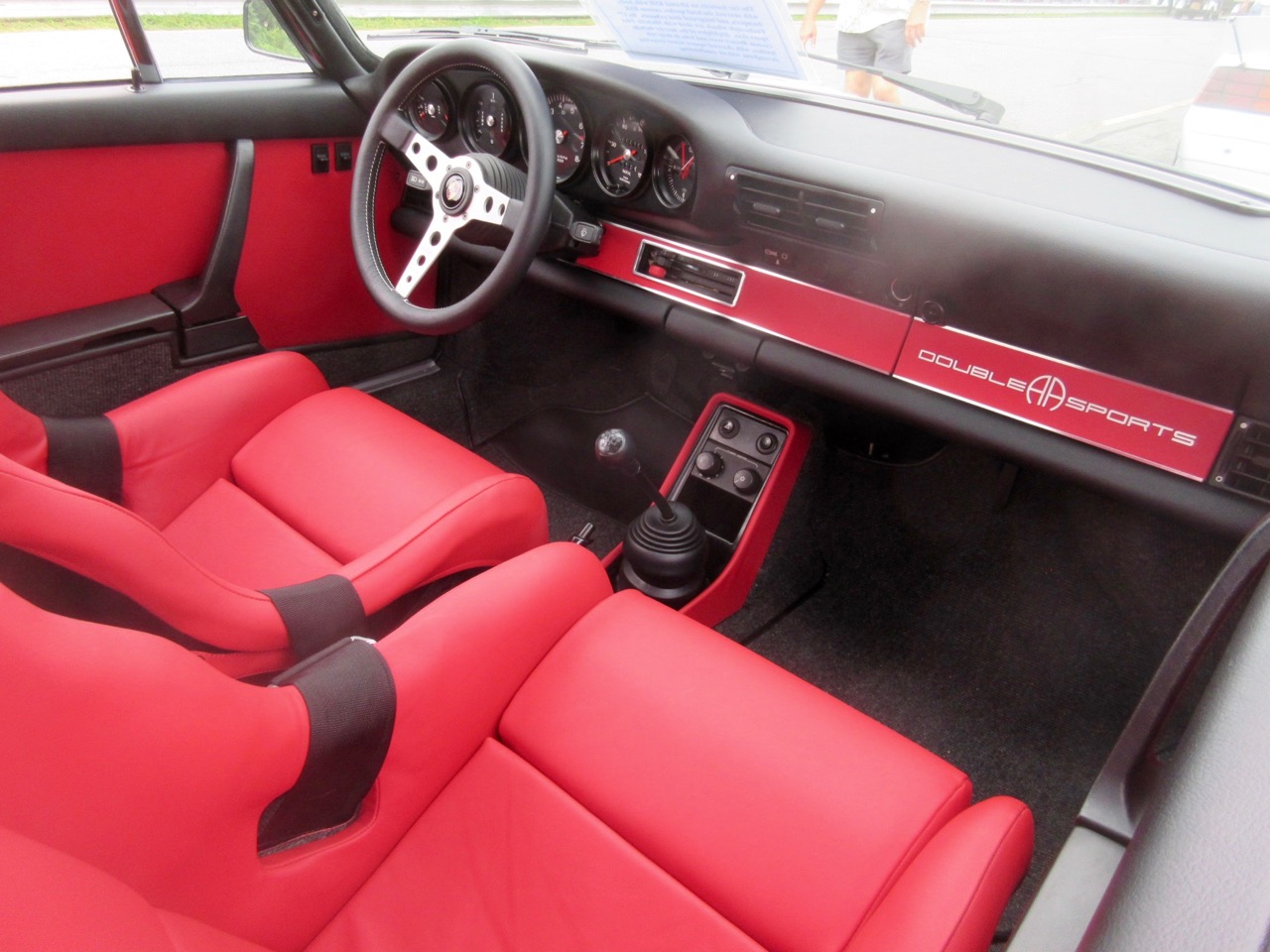 While he wanted his Outlaw 911 to be purely focused on performance, handling and flawless build quality, he was also going for a unique look that would set it apart of other 911s of that generation. He also wanted creature comforts like great seats – custom Recaro buckets upholstery in Ferrari red leather – air-conditioning and a sunroof. A firm believer in using OE Porsche parts whenever possible, Newton utilized factory suspension components, Porsche KW adjustable shocks and updated the torsion bars to 911 (930) Turbo specifications. Custom aftermarket anti-roll bars were the exception. 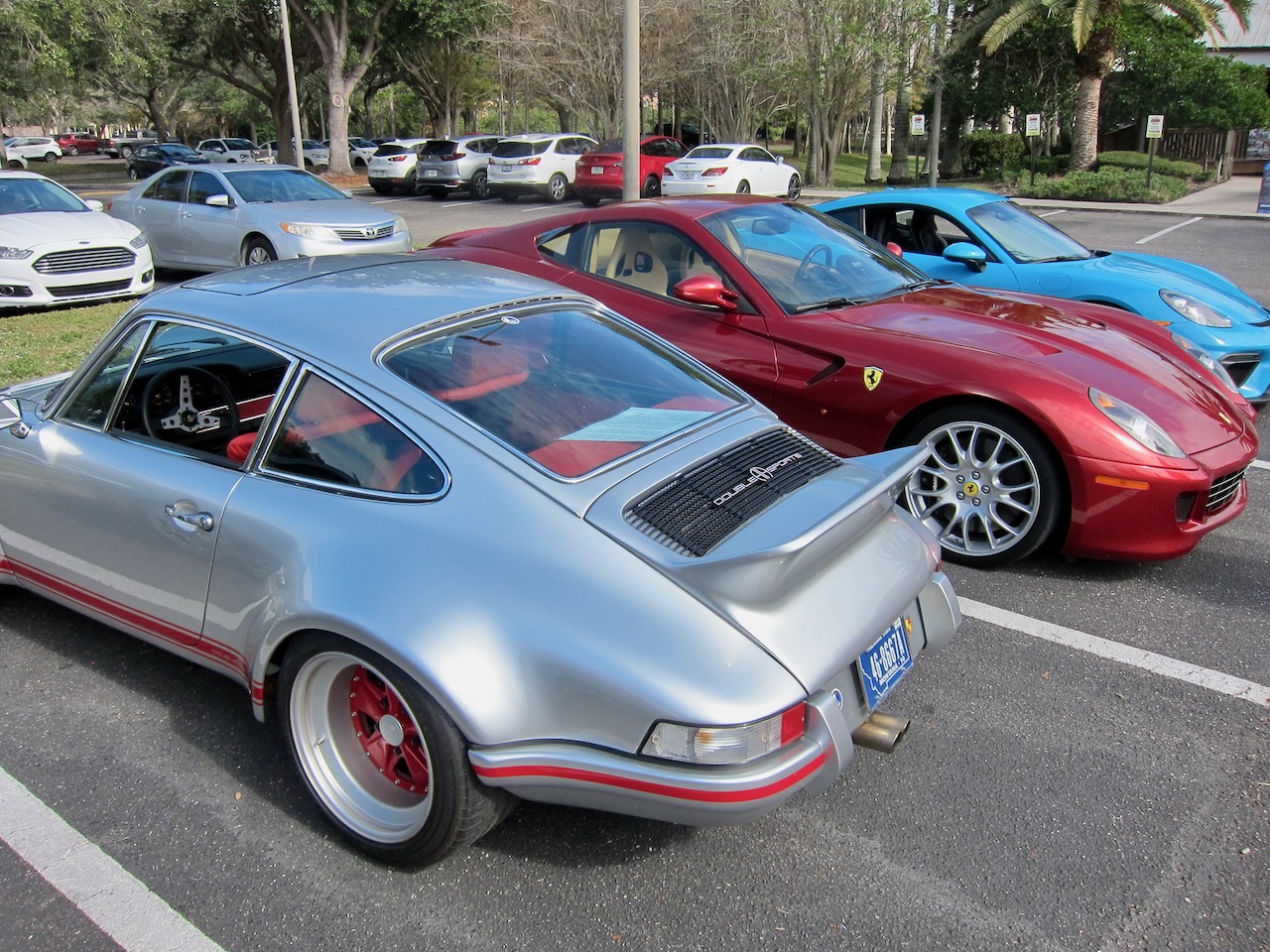 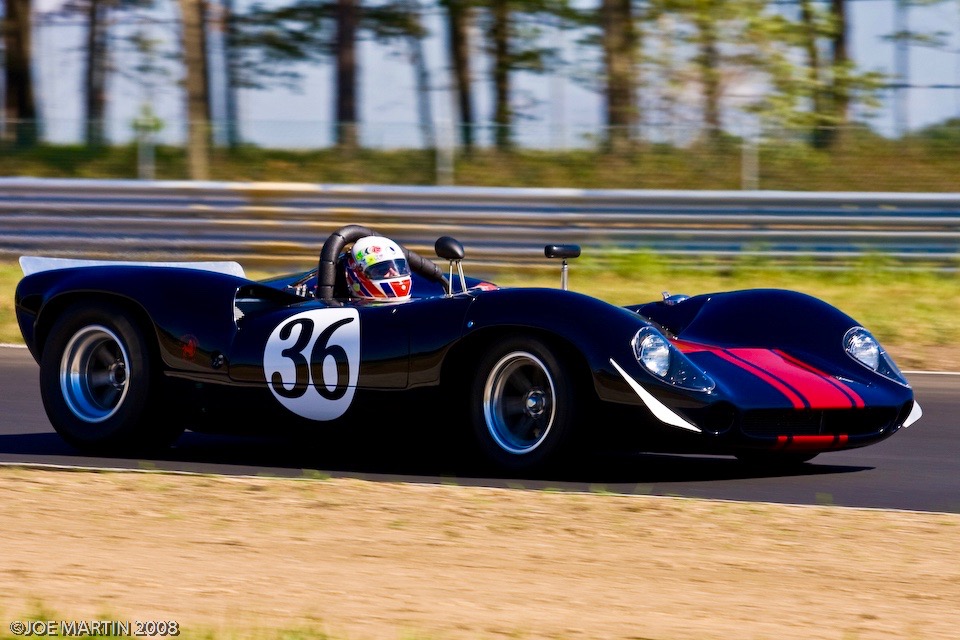 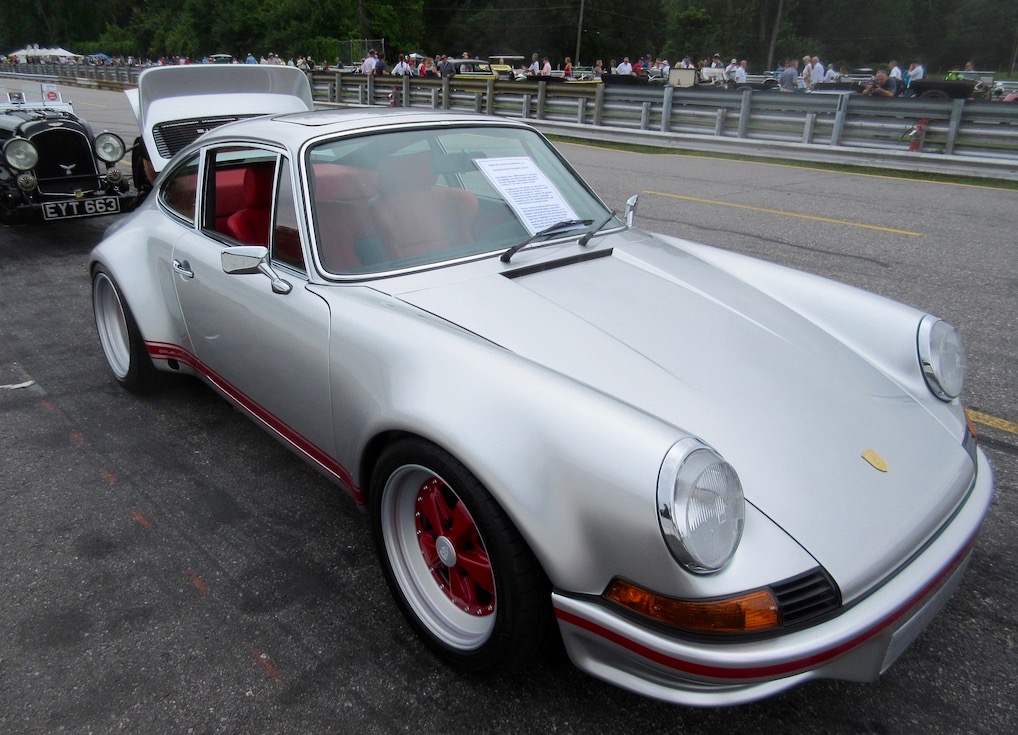 A serious racer needs a serious road car when he retires from the sport; that’s exactly what Jim Newton delivered. For proof-of-concept after competition in 2019, Newton put it through its paces at a major vintage racing event at Lime Rock. As far as its builder and owner were concerned, it exceeded expectations on the road and race track!