Skip to content
The home of some of the world’s finest sports racing cars, Simeone Museum, hosts a very special day to celebrate racing Mustangs. 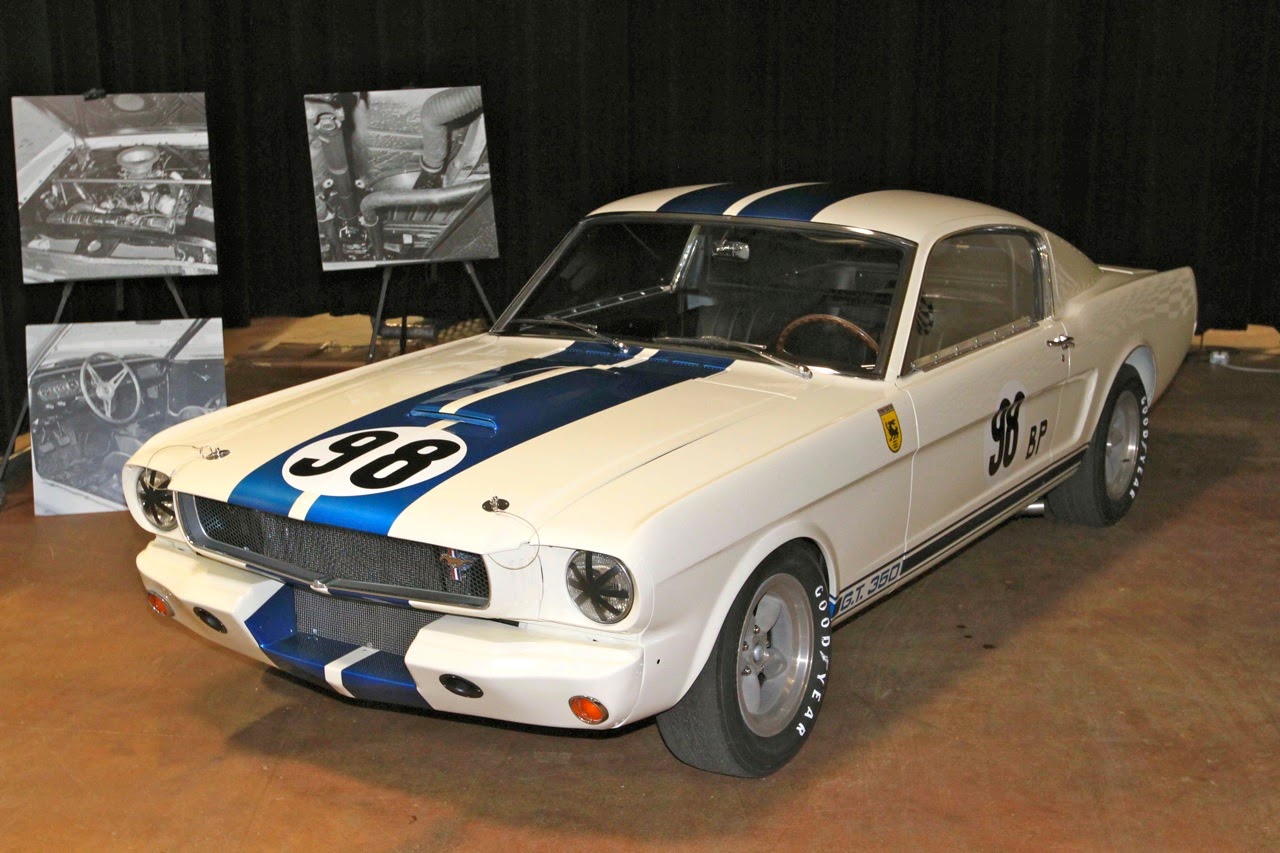 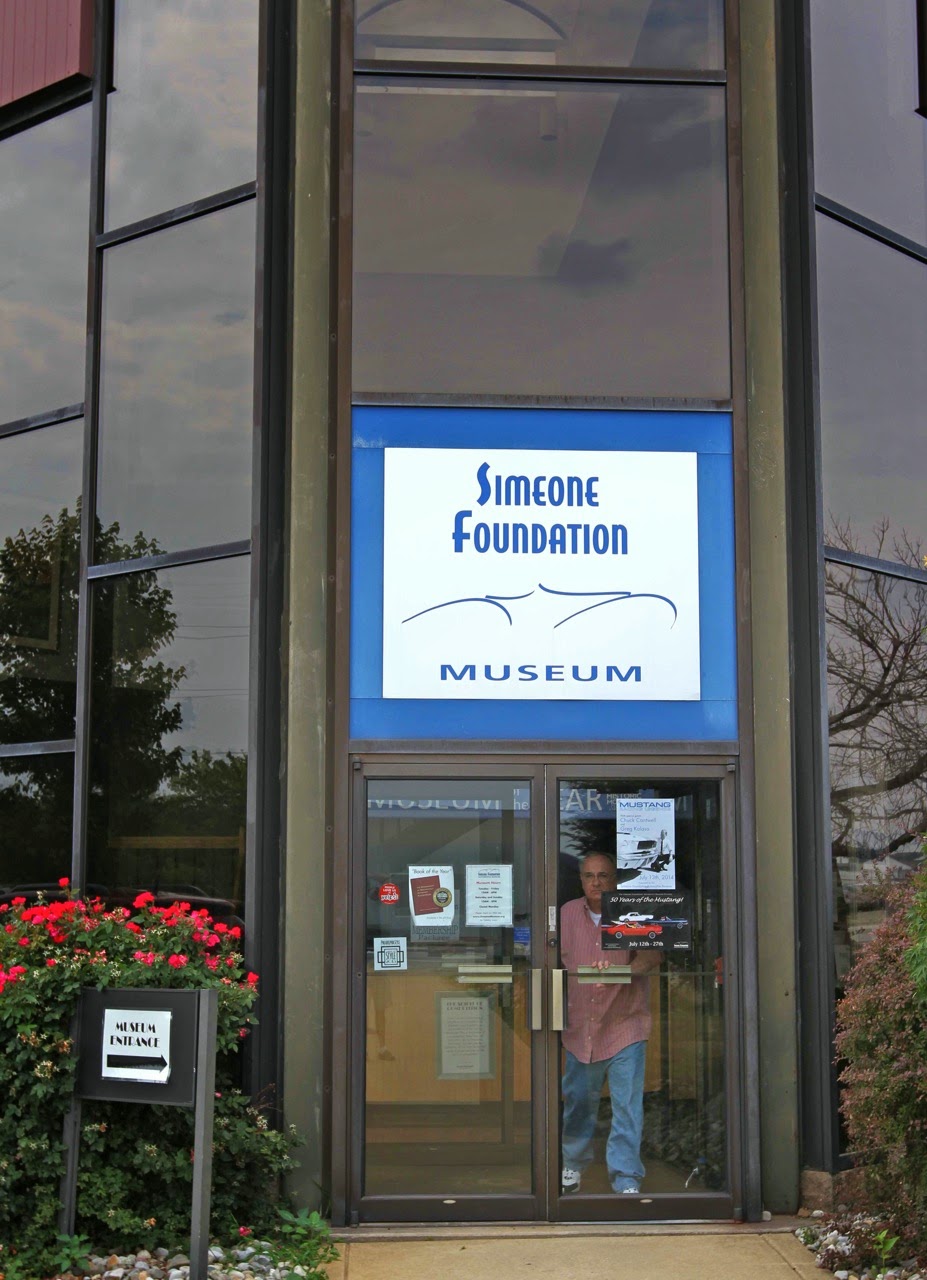 Very close to the Philadelphia Airport sits the Simeone Foundation Automotive Museum, home to a very unique collection of historic racecars. It has been awarded Museum of the Year honors. As an opening to their celebration of 50 Years of the Mustang, the Museum hosted a Mustang Racing Legends event. Just off the event stage was John Atzbach’s GT350R, #5R002, above. One of the first group of GT350s constructed, the car was a barn-find in Mexico, then sat in a Museum before being acquired and restored by Atzbach.

As you entered the Museum, you were greeted by a group of Shelby GT350s each showcasing a different stage of the car’s legacy including 1965-‘66 versions, below, a Hertz Rent-a-Racer and a modern version. Seminars by Chuck Cantwell, Project Engineer at Shelby American for the GT350 and Greg Kolasa, author of The Definitive Shelby Mustang Guide 1965-1970 (http://www.cartechbooks.com/the-definitive-shelby-mustang-guide-1965-70.html) along with Joe Spinelli who shared insights into the Ford’s drag racing efforts during the Musclecar era. 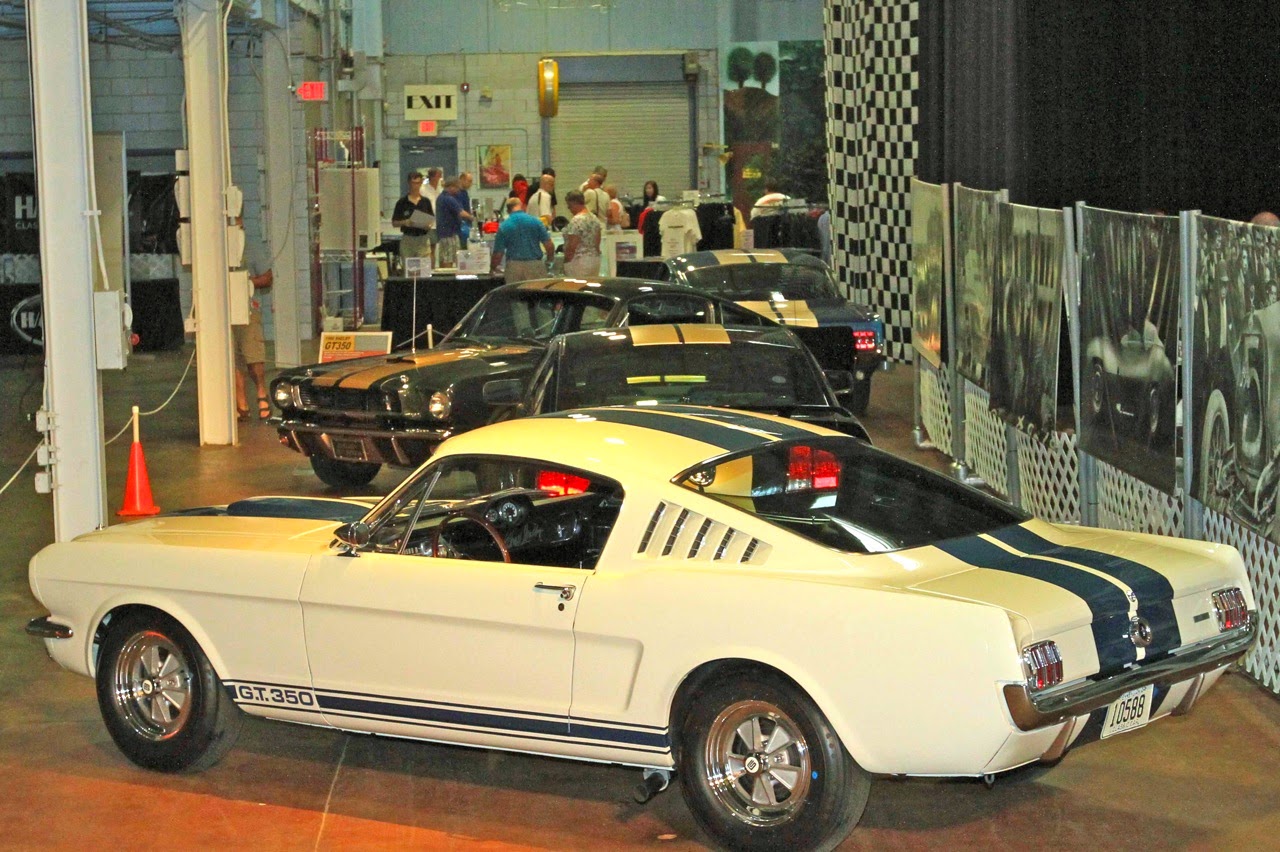 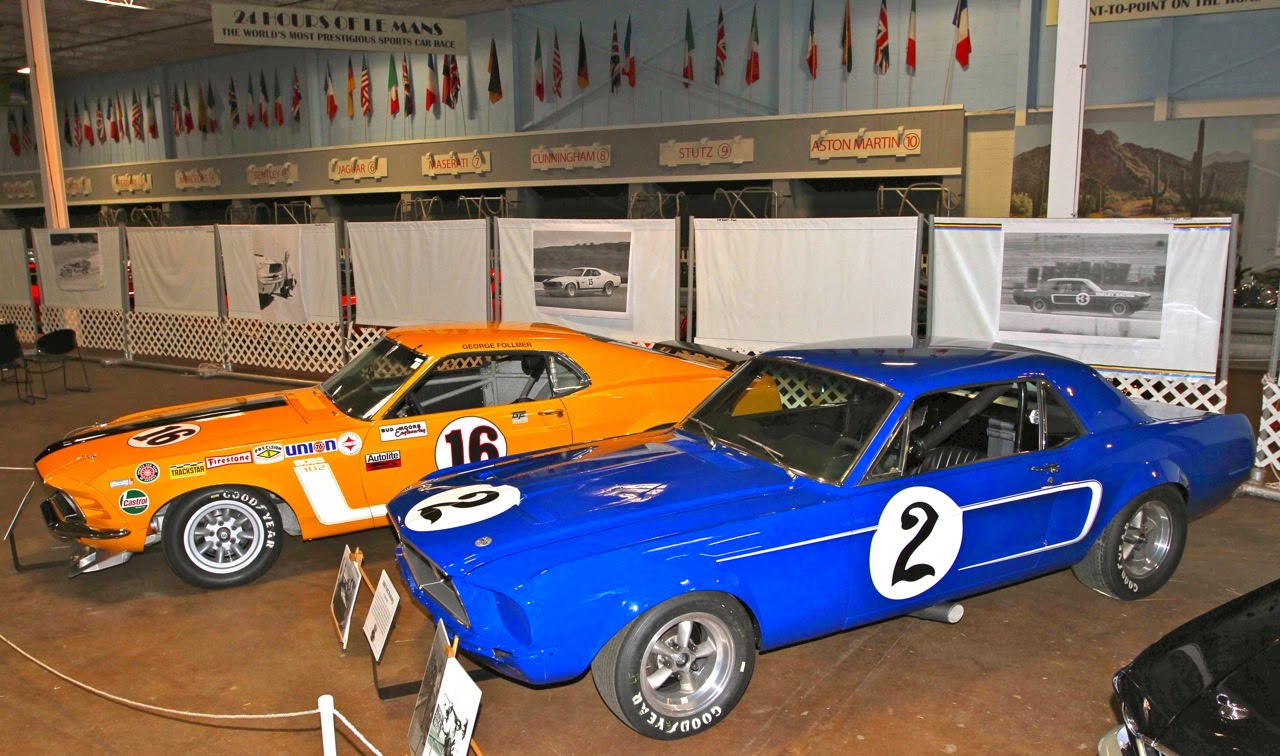 The 3 Dog Garage Collection brought a number of racing Mustangs, including a ‘70 Trans-Am Mustang. It is one of the original three-team cars prepared by Bud Moore and driven to that year’s championship by Parnelli Jones and George Follmer. Alongside is a ‘68 Shelby Team Trans-Am 302 Mustang, above. 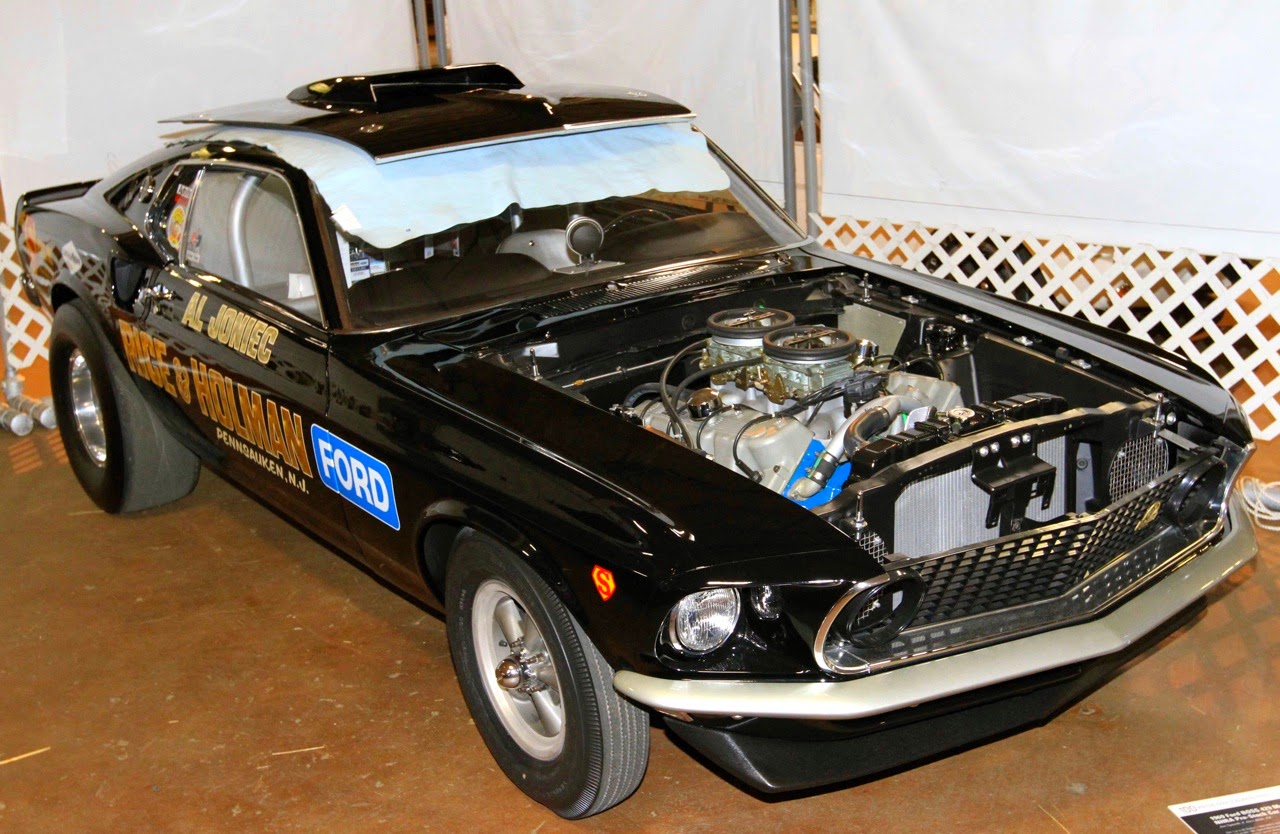 In addition to speaking, Joe Spinelli brought Al Joniec’s ‘69 Boss 429 Mustang Pro-Stock car. It reflects the infancy of the class that continues today in a much-altered form. While far from stock, early Pro-Stocks were much closer to their street brethren than today’s missiles. 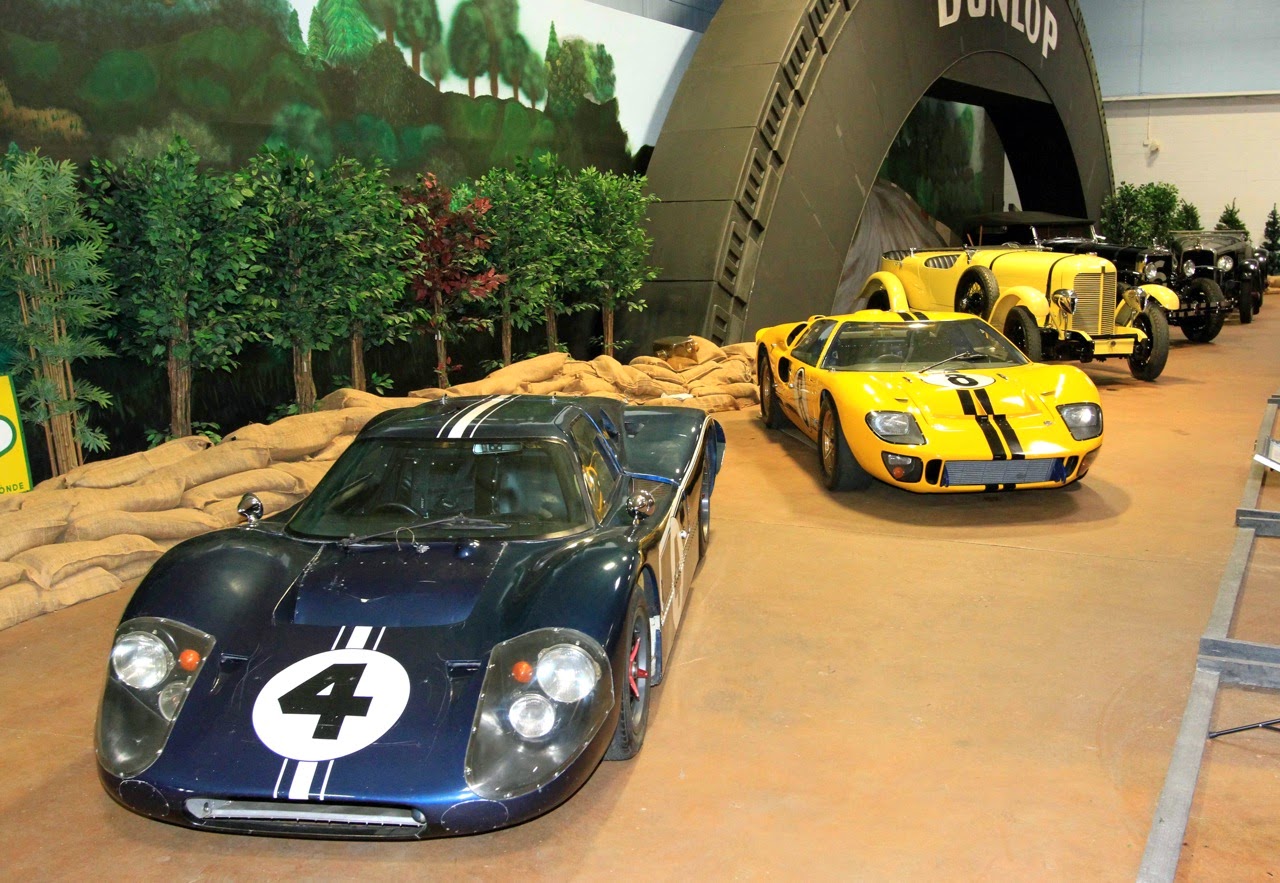 At the Simeone Museum, cars are shown in unique settings. Here’s the “Americans at Le Mans” exhibit, featuring two Ford GT40 endurance racers along with examples of other American makes that took on the challenge of the twice-round-the-clock French classic. 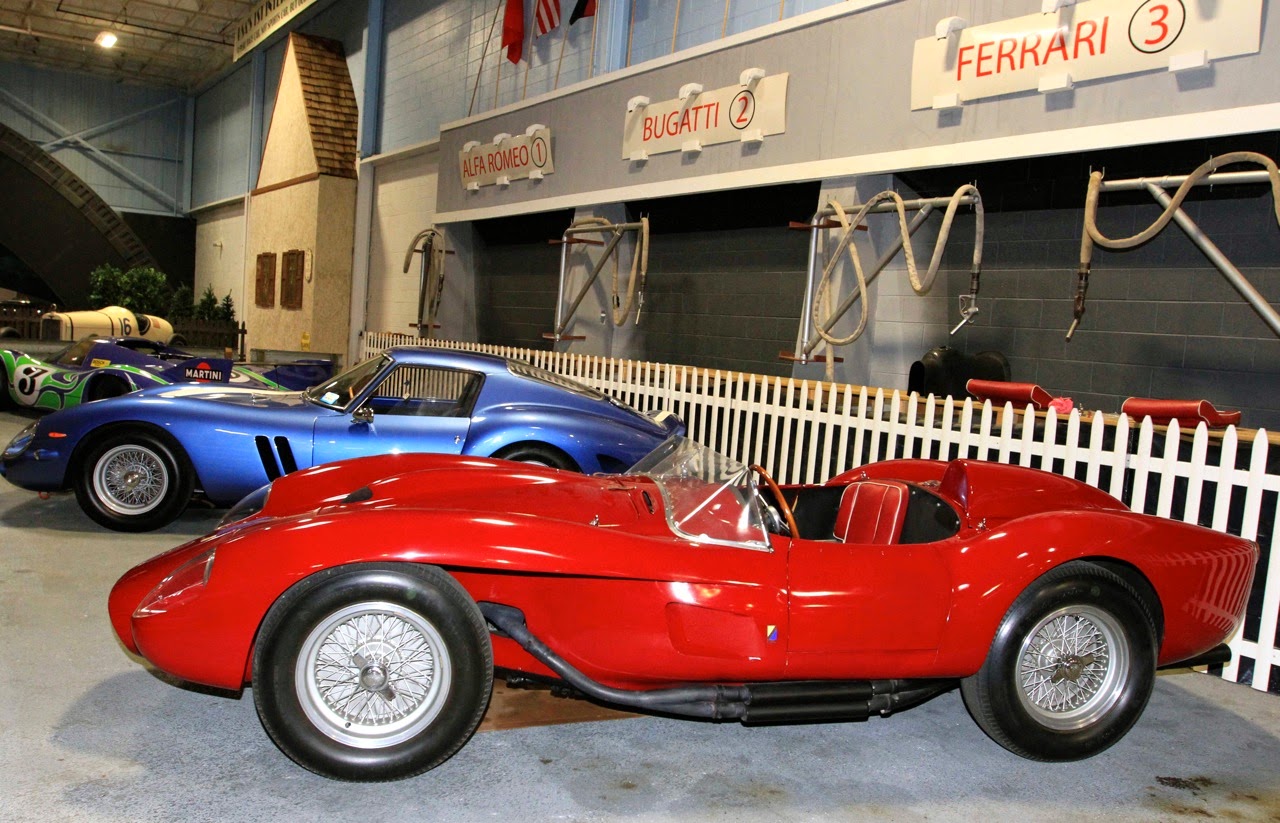 A little further over is the Le Mans display, with the Ferrari 250 GTO and pontoon-fendered 250 Testa Rossa. In the background you can see the Porsche 917 “Hippie Car.” 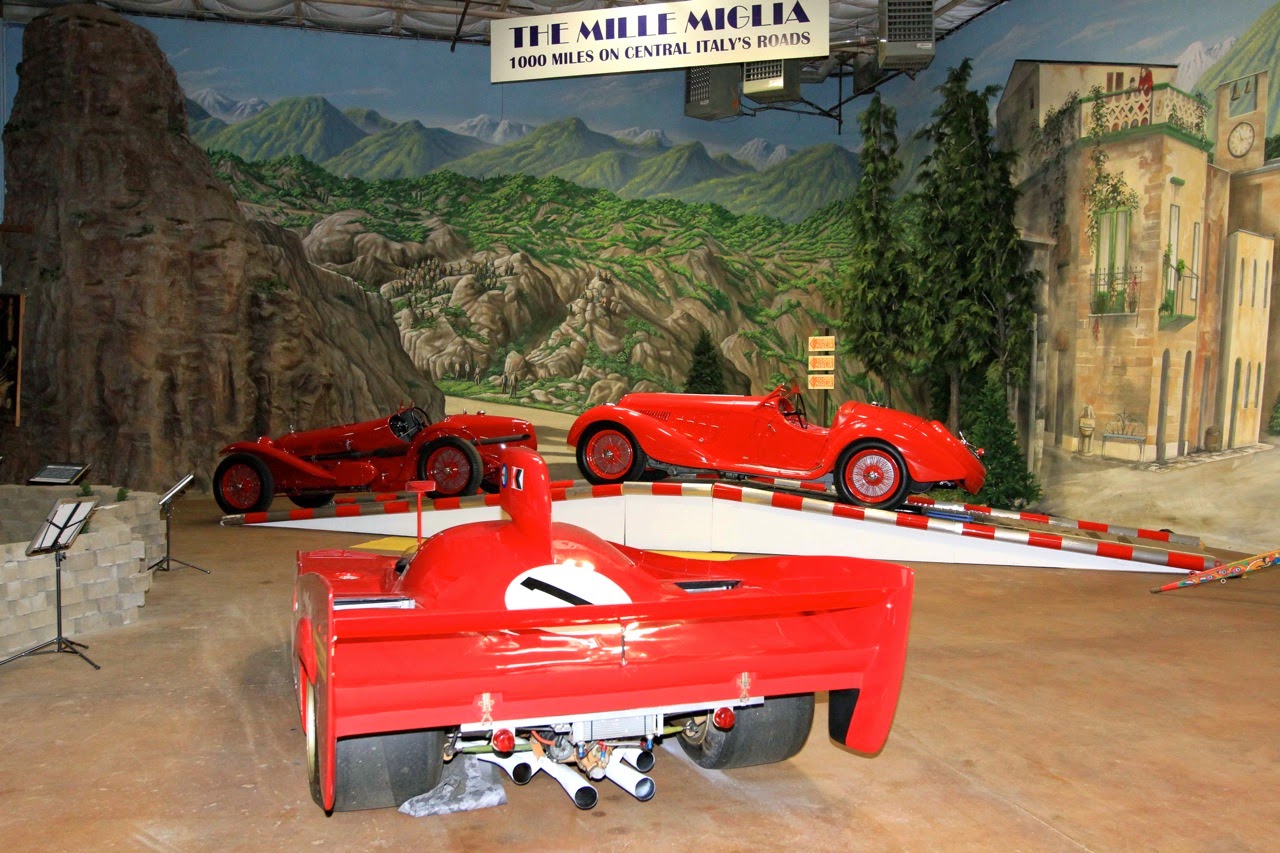 The great Italian road races, Mille Miglia and Targa Florio, are celebrated in this diorama which also features classic Alfas. The 33 TT 12 is the newest car in the collection. 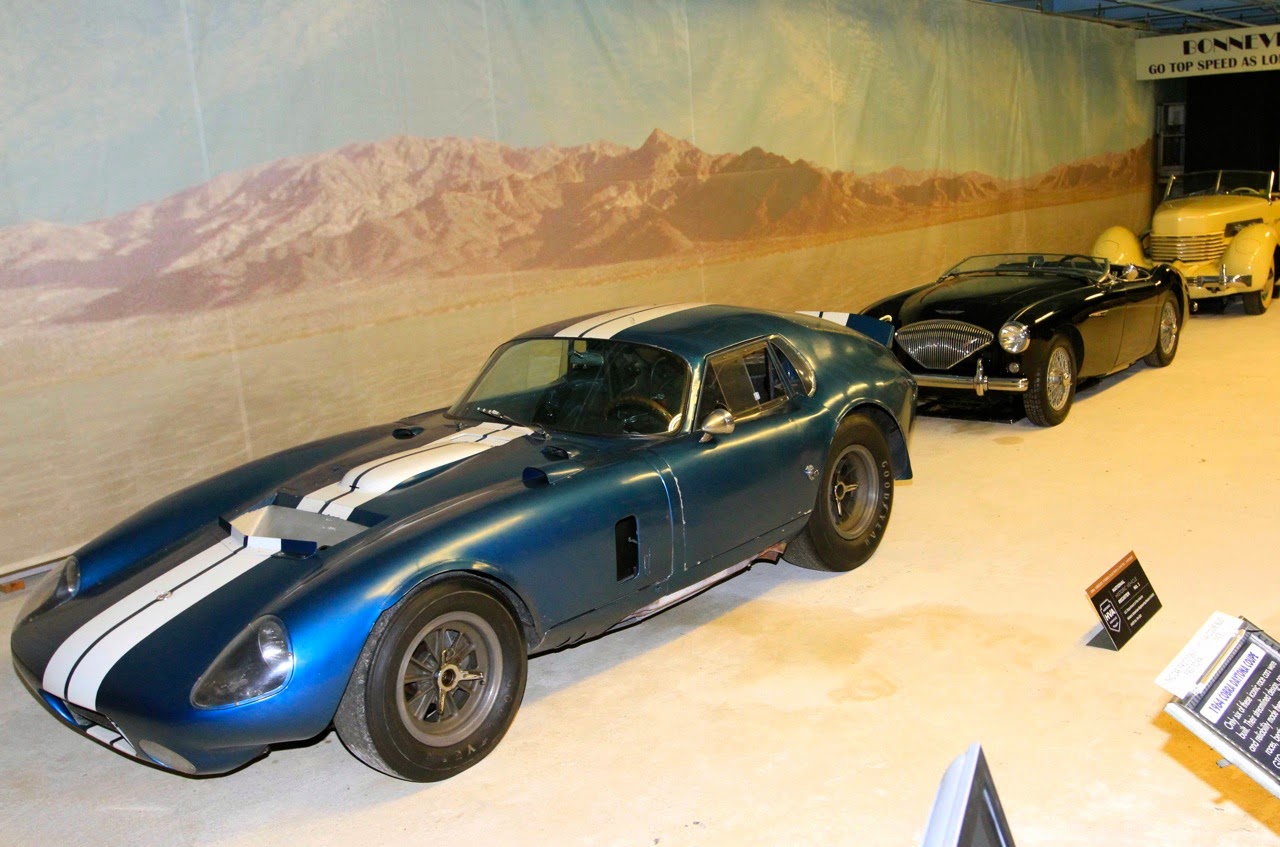 The phrase “historically significant car” is thrown around with considerable abandon. But an original Shelby Daytona Coupe is one place it deserves to be used. It is shown in a display of cars against the background of the Bonneville Salt Flats where it achieved fame setting speed records with Craig Breedlove behind the wheel. 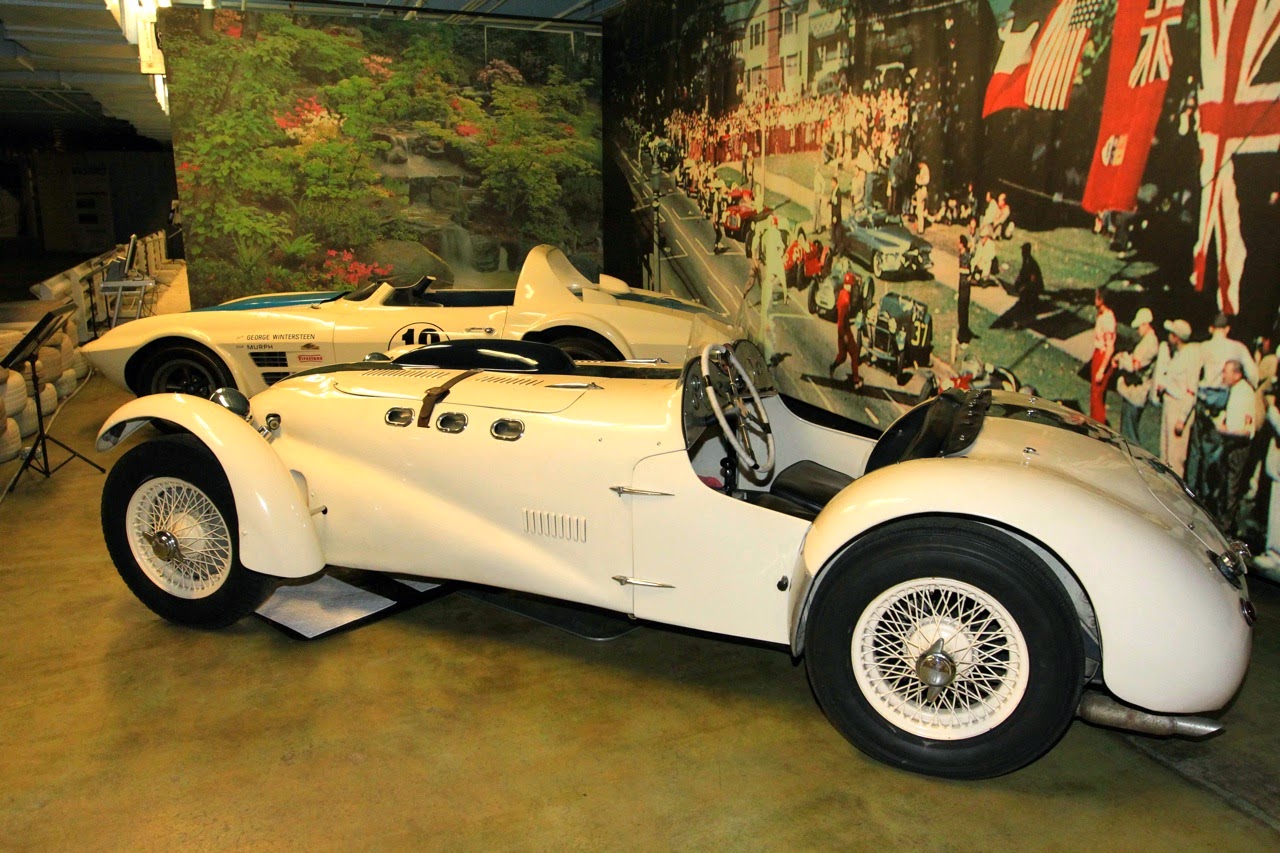 We’ll end with a scene reminiscent of Watkins Glen and 1960s road racing in America, with an Allard and a Corvette Grand Sport to help set the mood.