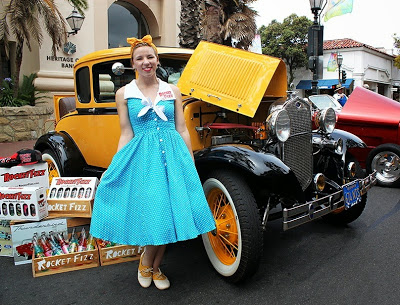 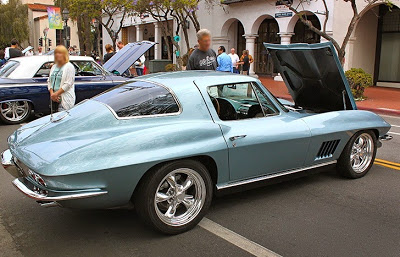 Organizers are calling the 2015 State Street Nationals Car Show a rousing success. Thousands of visitors enjoyed more than 300 vintage, exotic and collectible cars that lined 11 blocks of downtown Santa Barbara last weekend. The Page Youth Center and The Goleta Lions Club are two of the charities benefiting from the show’s proceeds. Our Jim Palam reports.

Ain’t she pretty? This ‘30 Ford Model A, top, has almost as much charm as the Rocket Fizz girl who happily posed for the many photographers in attendance. Jeff Olson’s Pretty in Mint  ’67 Corvette Sting Ray, above, with Day Two mags is a prime example of what many believe to be “America’s Favorite Sports Car.” 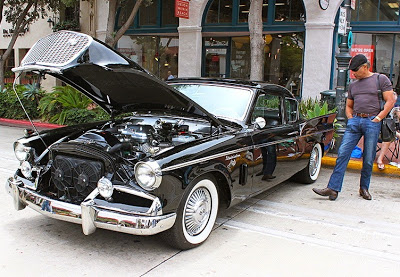 It’s black, it’s a Hawk and it’s capable of knocking you off your feet if you get too close. Tom Sanborn of Santa Barbara owns this pristine, supercharged ‘57 Studebaker Hawk, above. This bold and bright ’53 Cadillac Eldorado, below, is a recent acquisition for avid car collectors Chuck and Kathy Michel. Built at the Fisher/Fleetwood plant this limited production Caddy was the first with a wrap-around windshield and convertible hard shell “parade” boot. 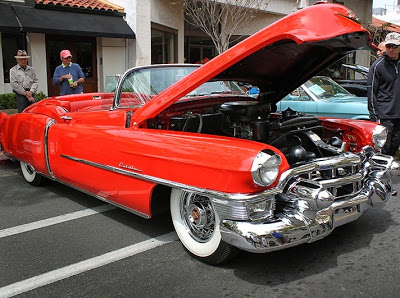 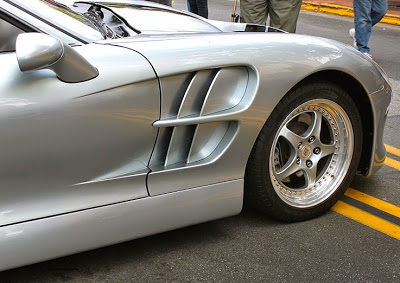 Fender vents on Sandy Battleman’s wicked ’99 Shelby American Series 1, above, are purpose built to help cool its 4-Liter Olds Aurora V8 powerplant. In 1999, this was one of the world’s fastest production cars with a top speed of 185 mph. 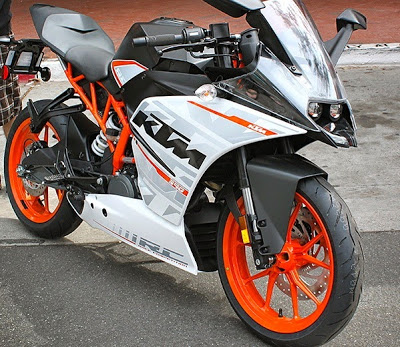 And then there were two – wheels that is! Yes this was a car show, but no one complained about the new ‘15 KTM RC390 lightweight sportbike making an appearance. The racy RC390, above, is the new flagship of KTM’s small-displacement single-cylinder range, made up of 125, 200 and 373-cc models. 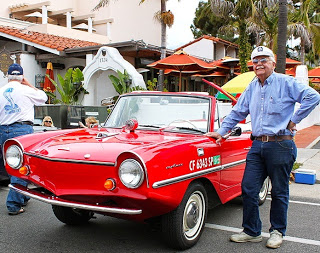 Such a Showboat! “Captain” John Friese docked his ’67 Amphicar 770 curbside on Sunday. Powered by the optional high-performance Triumph Herald engine, this odd-duck is capable of
8 mph on water and 80 mph on land. 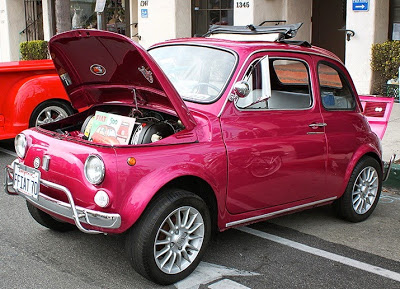