Sir Tim Birkin’s legendary 4½-litre pre-war racecar has been given a new lease on life thanks to new Mulliner Continuation Series. 12 new Tributes to be built – each identical to the original – one for every race the original Team Blowers entered. 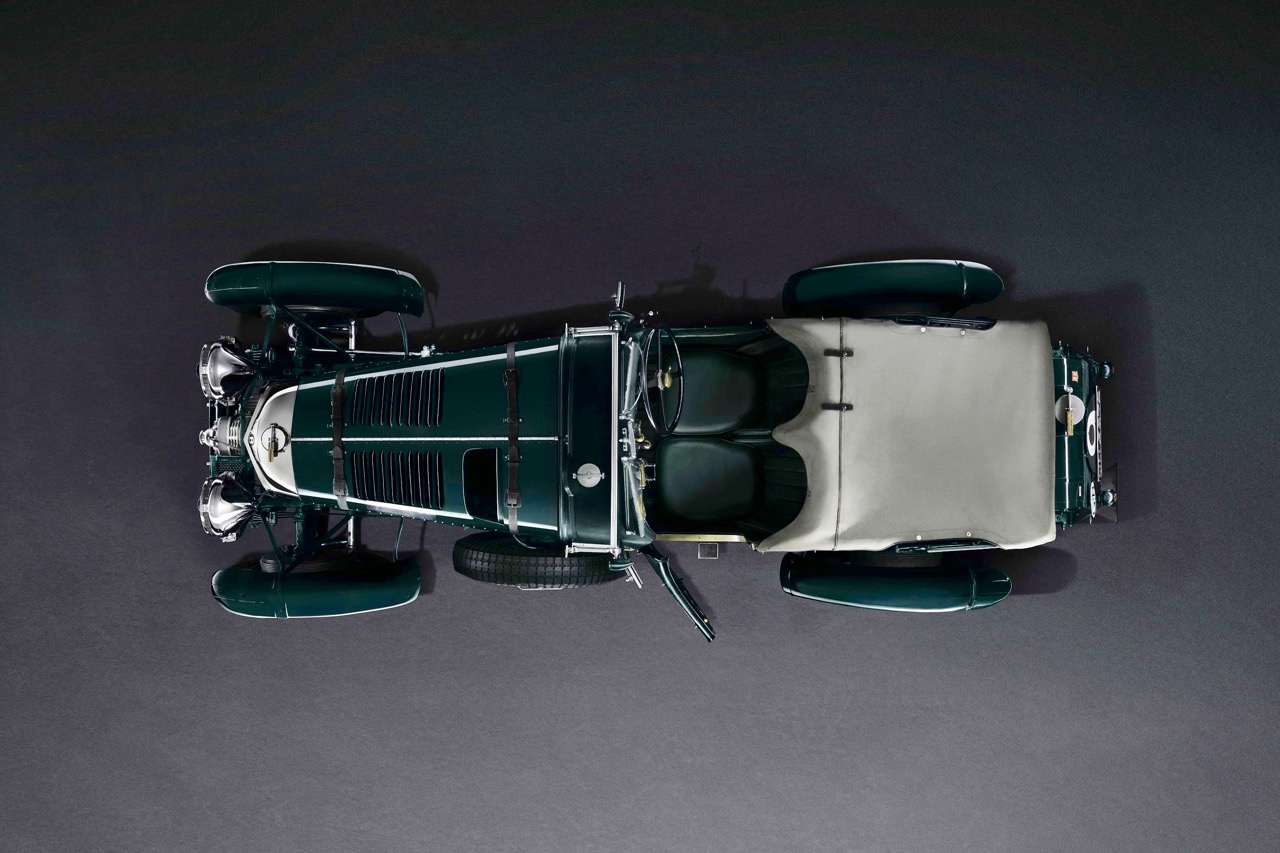 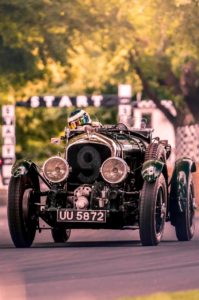 One of the most thrilling and iconic cars from Bentley’s history – Sir Tim Birkin’s ‘29 supercharged 4½-litre “Blower” – is to be reborn in a new series of 12 matching cars. Each will be individually handcrafted by a specialist team from Bentley’s bespoke and coachwork division, Mulliner. Together, the new MULLINER: BESPOKE BLOWER BENTLEY! cars will form the world’s first pre-war race car continuation series.

Birkin built only four original Team Blowers for racing, in the late-1920s. All saw fights to the finish on European racetracks, with the most famous car – Birkin’s own Team Car No. 2, registration UU 5872 – racing at Le Mans and playing a pivotal role in the factory Bentley Speed Six victory in 1930.

Now, using Bentley’s renowned handcraftsmanship and the very latest digital technology, the ‘29 Team Blower will be the master example for 12 continuations – one for each race that the original rip-roaring fleet of four Team Blowers competed in.

The Bentley Blower Continuation Series was announced today at the Salon Privé Concours d’Elegance by Bentley’s Chairman and Chief Executive, Adrian Hallmark:
“As we continue to commemorate 100 years of Bentley, we are combining a look to our past with the very latest digital technologies and techniques to create something truly extraordinary. The four Team Blowers are the most valuable Bentleys in the world, and we know there is demand for genuine recreations that can be used, enjoyed and loved without risk to the prized originals.” 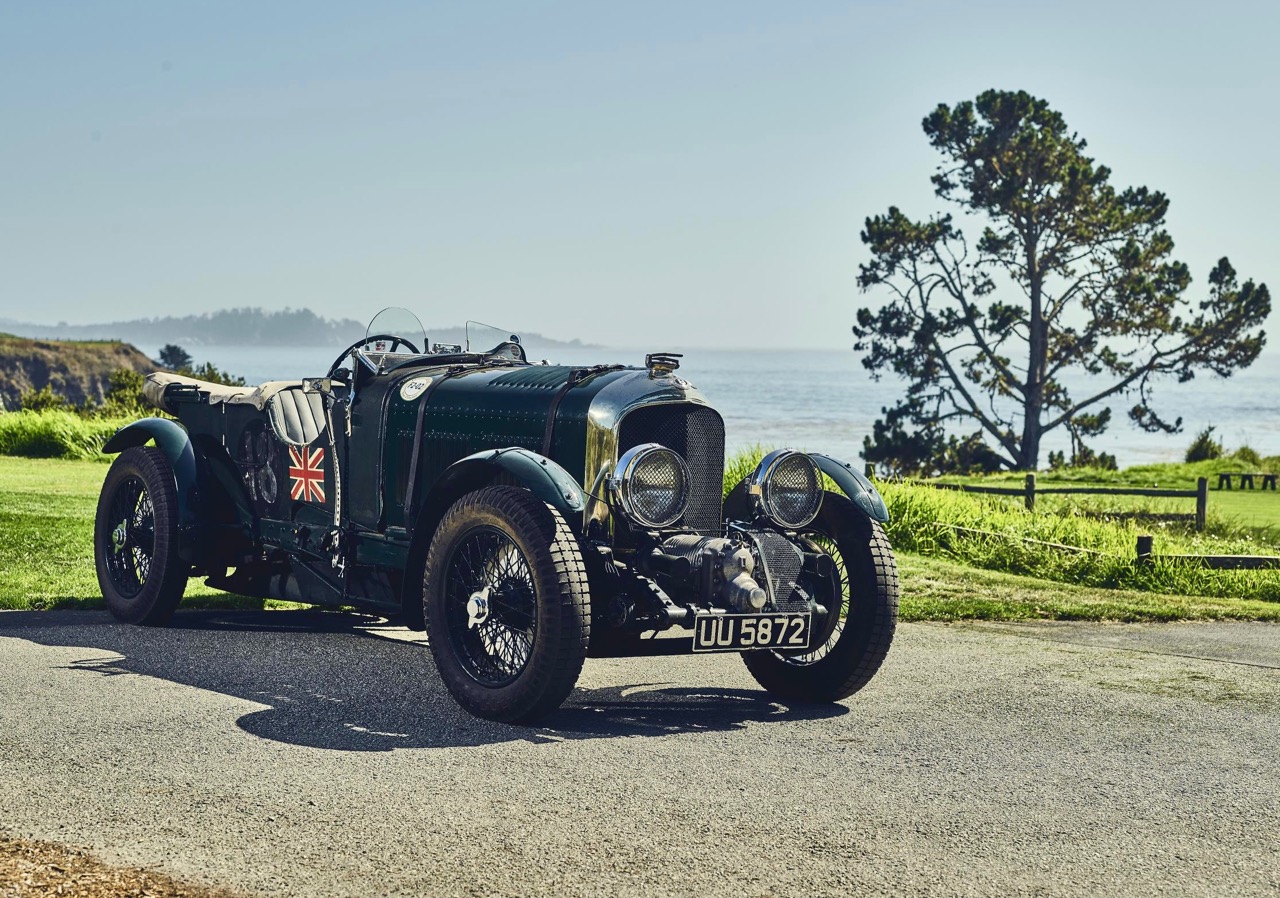 “The 12 new Blowers will not only be an homage to our heritage, they will be a celebration of the outstanding skills of our Mulliner craftspeople. This is a new challenge for Bentley, but with the incredible success of the recent restoration of our ‘39 one-of-one Corniche, we wanted to go one step further and make something even more special. Twelve lucky customers will soon be able to own a unique tribute to Bentley’s history,” added Hallmark.

Bentley’s own Team Blower – chassis number HB 3403 – will be completely disassembled and each part will be cataloged and meticulously scanned in 3D to create a complete digital model of the entire car. Using the original 1920s molds and tooling jigs, and traditional hand tools alongside the latest manufacturing technology, 12 sets of parts will then be created. The 12 Continuations will be identical wherever possible to the original – mechanically, aesthetically and spiritually – with only minimal hidden changes dictated by modern safety concerns. The original car will then be reassembled, with the heritage team taking the opportunity to complete a detailed inspection and sympathetic mechanical restoration where required. 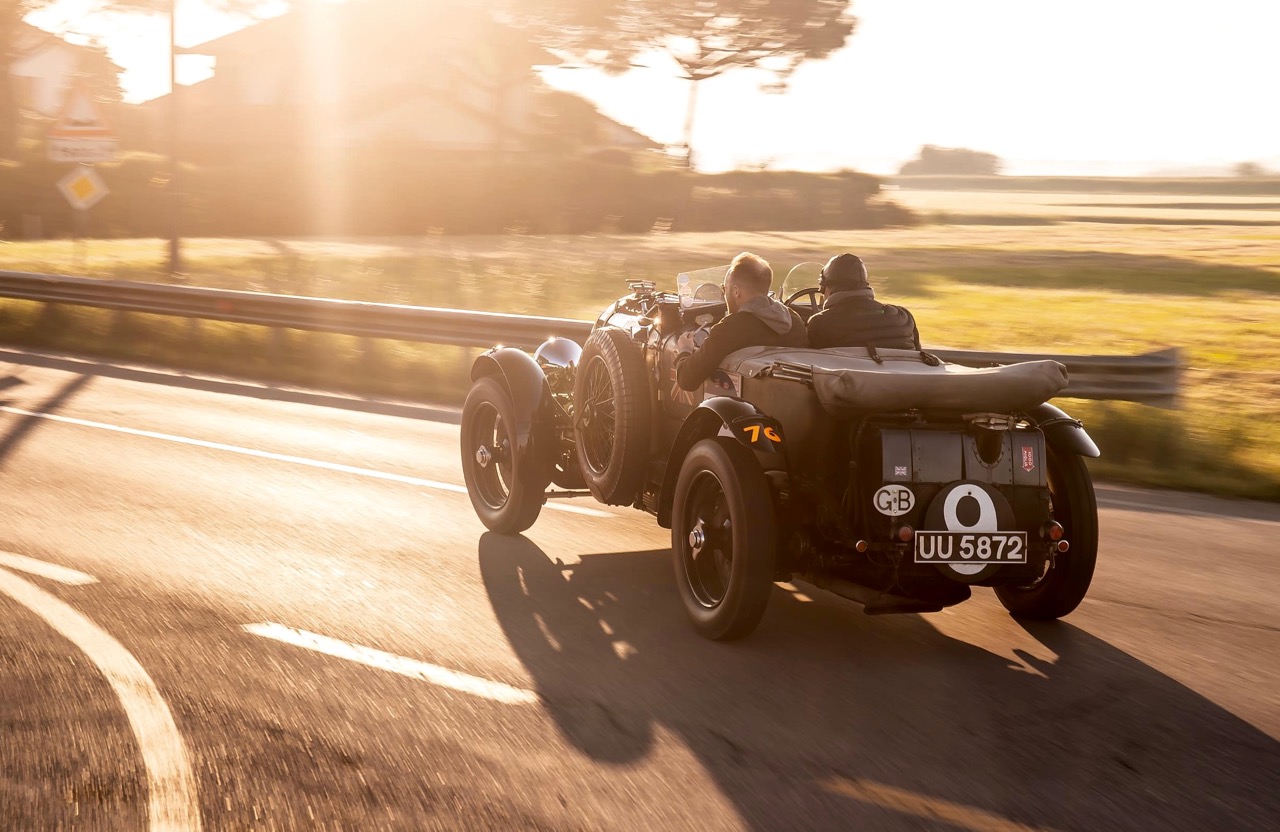 No other pre-war Bentley had an impact like the supercharged 4½-litre Blower Bentley. While it never won an endurance race, the it was the outright fastest race car of the day, and counted among its fans the author Ian Fleming – who later decided that his famous fictional secret agent James Bond would drive a supercharged 4½-litre Bentley, with the often-associated rival British sports car merely the MI 6 “pool car”. 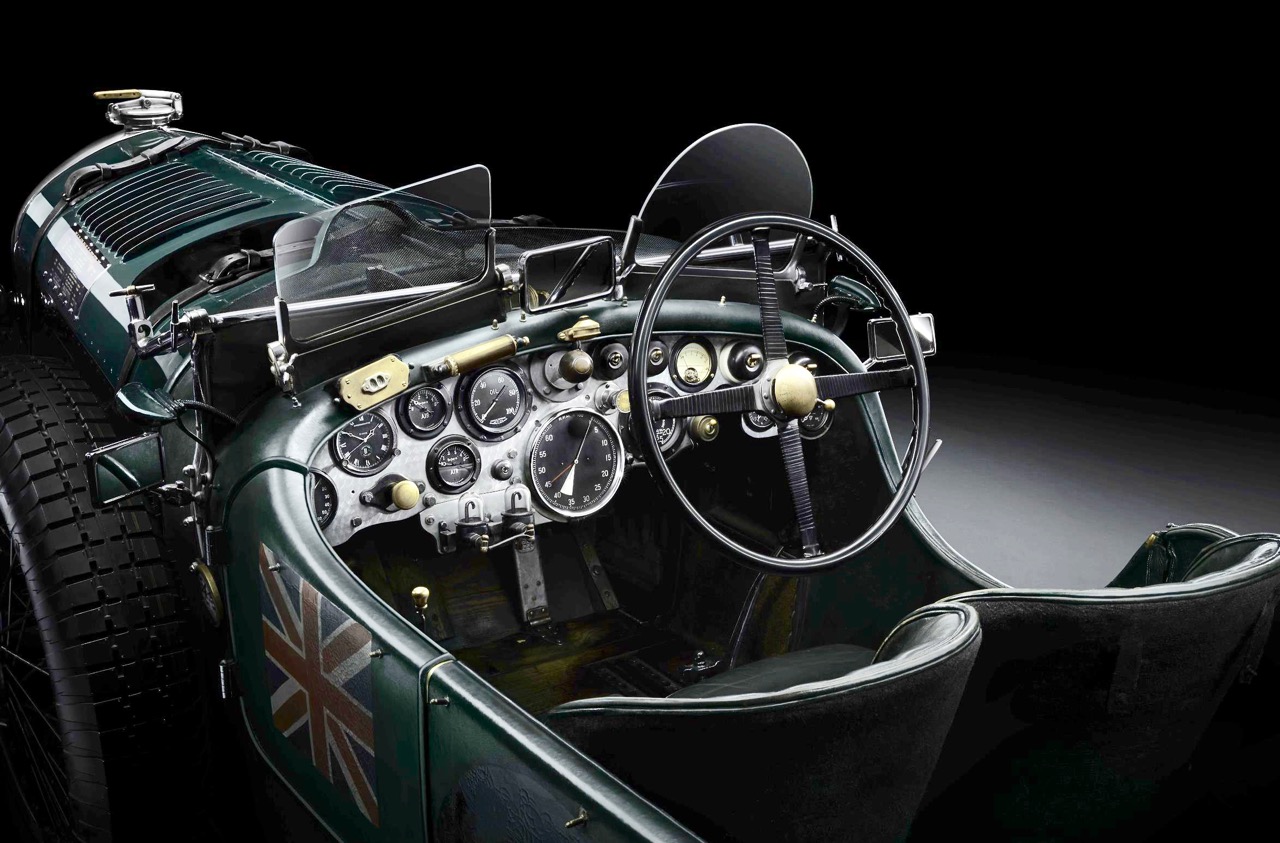 The Blower Bentleys were born from a philosophy devised by Sir Tim Birkin – notable racing driver and “Bentley Boy” – to extract more speed from the racing Bentleys of the day. While W.O Bentley’s method was to increase engine capacity – from 3-litre, to 4½-litre, to 6½-litre – Birkin was impressed by the Roots-type supercharger developed by British engineer Amherst Villiers, which, in race tune, boosted the 4½’s power from 130 to 240 horsepower. He persuaded Bentley Chairman Woolf Barnato to sanction production of 55 supercharged 4½-litre Bentleys, with five allocated for competition. The car in Bentley’s heritage fleet – UU 5872 – is the second of the four Team cars developed at Birkin & Co’s workshops at Welwyn Garden City with funding from wealthy heiress the Hon. Dorothy Paget.

After a formidable racing history Team Car No. 2 was restored in the 1960s, preserving much of its original patina. Owned by Bentley Motors since 2000, it has had only minor cosmetic maintenance, and is much as Birkin would have driven it. Since then it has competed in the modern Mille Miglia five times, has driven to Le Mans on several occasions and has also appeared at the Goodwood Festival of Speed as well as the Pebble Beach Concours d’Elegance. 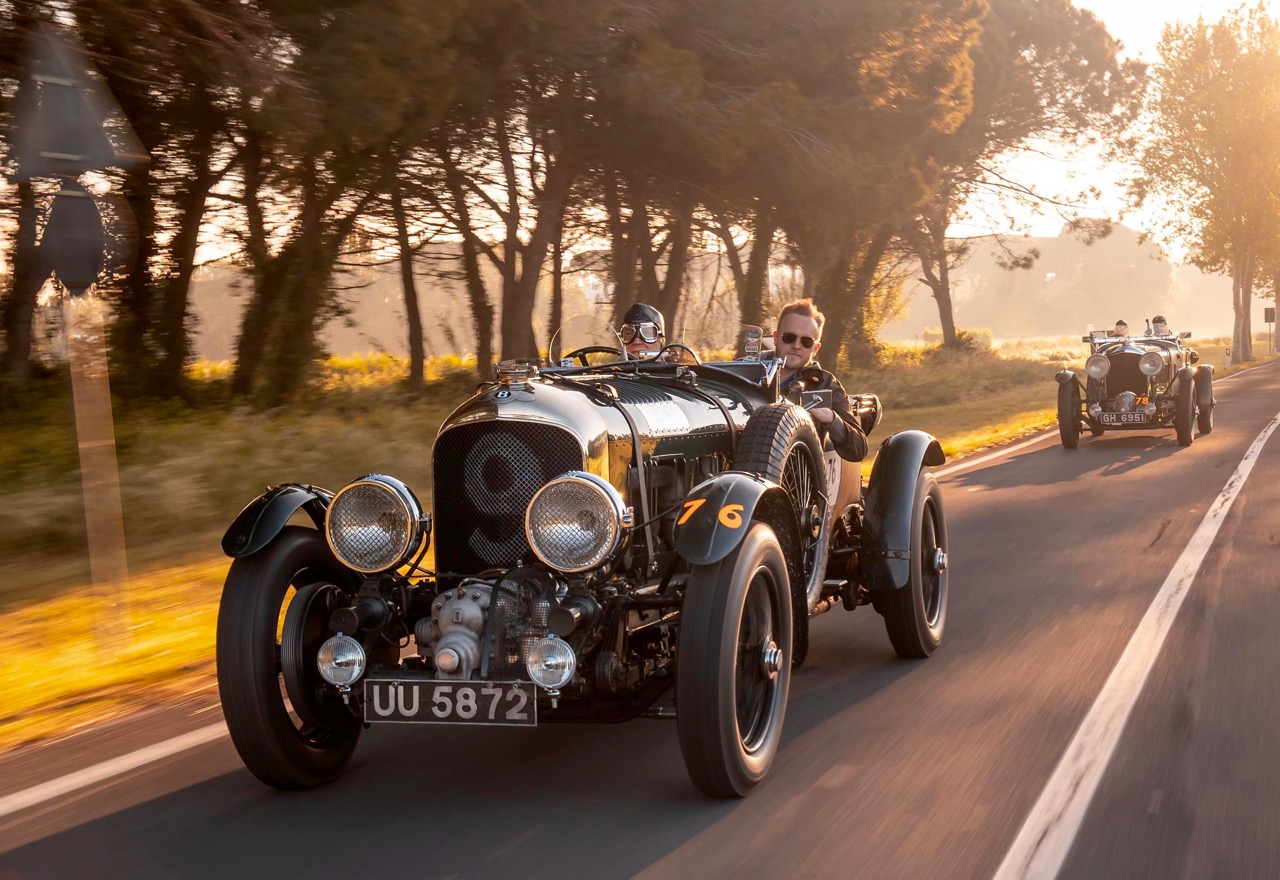 It will take Mulliner approximately two years to complete the 12-car series. Prices will be on application. For more information about the history of Bentley and its product range, please visit https://www.bentleymotors.com/en/world-of-bentley/100-years.html