The Quail, A Motorsports Gathering is not your average 16-year-old. Yes, the swagger is there but it’s less arrogant, more confident. And if she exhibits any aggressive behavior it’s in the way she is determined to please all within her intoxicating embrace, blogs photojournalist Jim Palam. 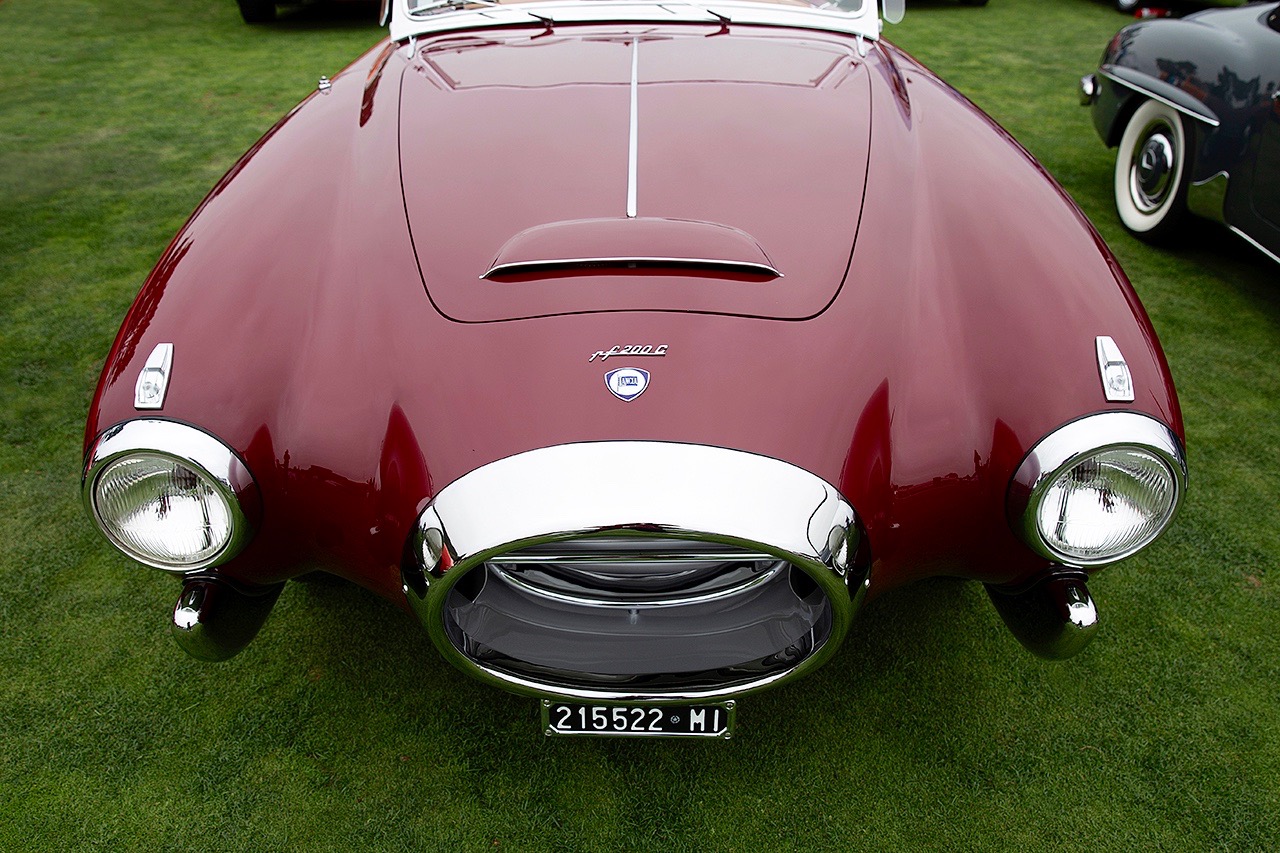 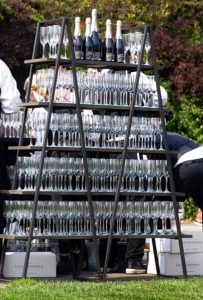 So how did I get so lucky to gather here in the manicured splendor of the Quail Lodge & Golf Course in Carmel, floating among the magnificent motorcars, bounteous buffets and beautiful people? Ah yes, I am here to shoot the pictures and tell the stories of the event, now in its 16th year, that many consider the Crown Jewel of all Monterey Car Week events.

So grab a glass of champagne and come-along with me for Part II of my three-part Monterey Car Week report – a peek into the pomp, polish and pleasure that is The Quail. The Rolex Circle of Champions – Best of Show 1953 Lancia Aurelia PF200C, above, was the first car I photographed, not because I’m a predictor of outcomes, but because it truly has magnetic appeal – and it was parked close to the entry point of the show!

You know you’re about to experience something special when it’s not even 8 AM and they’re handing out champagne under the towering entrance gate to The Gathering. 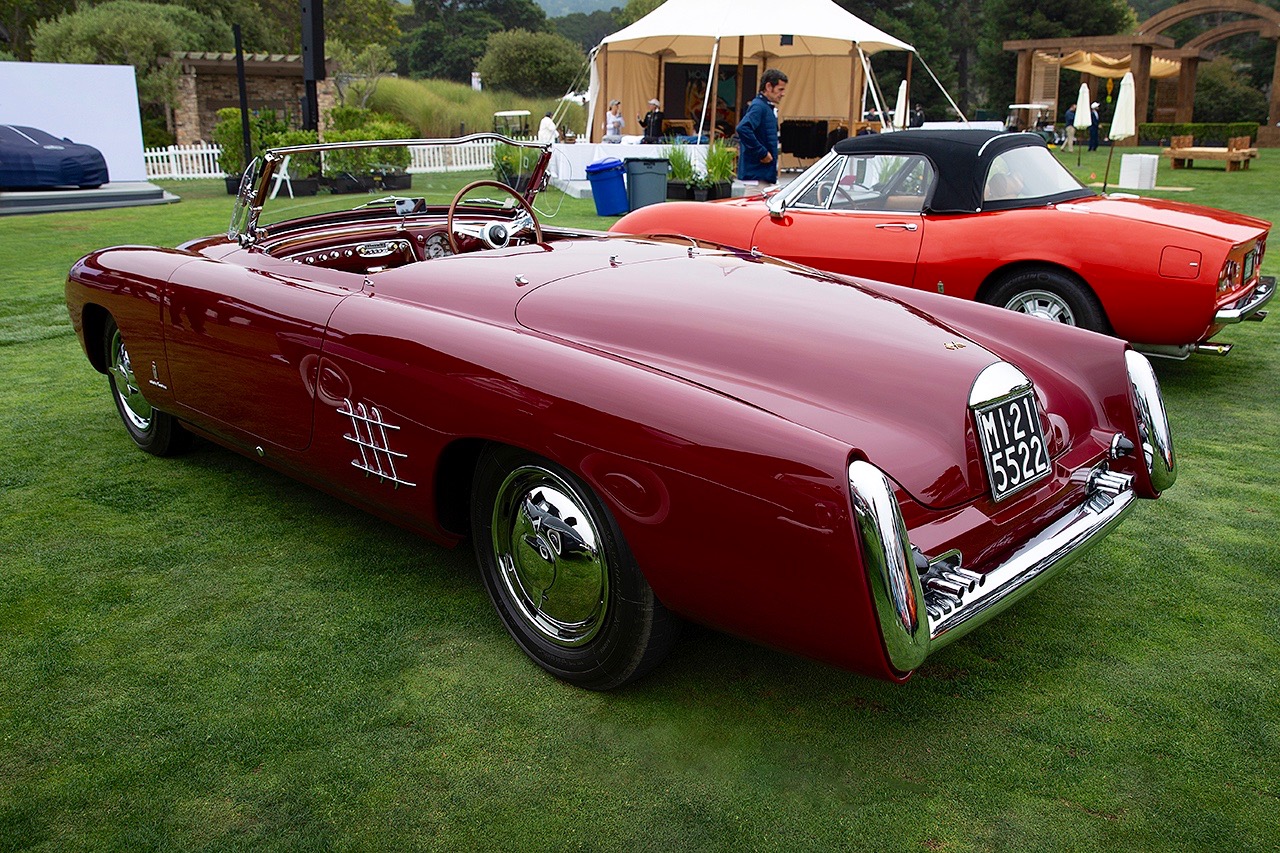 A feature of the show-winning Lancia that first caught my eye was the chrome bumpers where rear lights would normally be. With seating and controls far forward one appears to be piloting the Lancia rather than driving it. 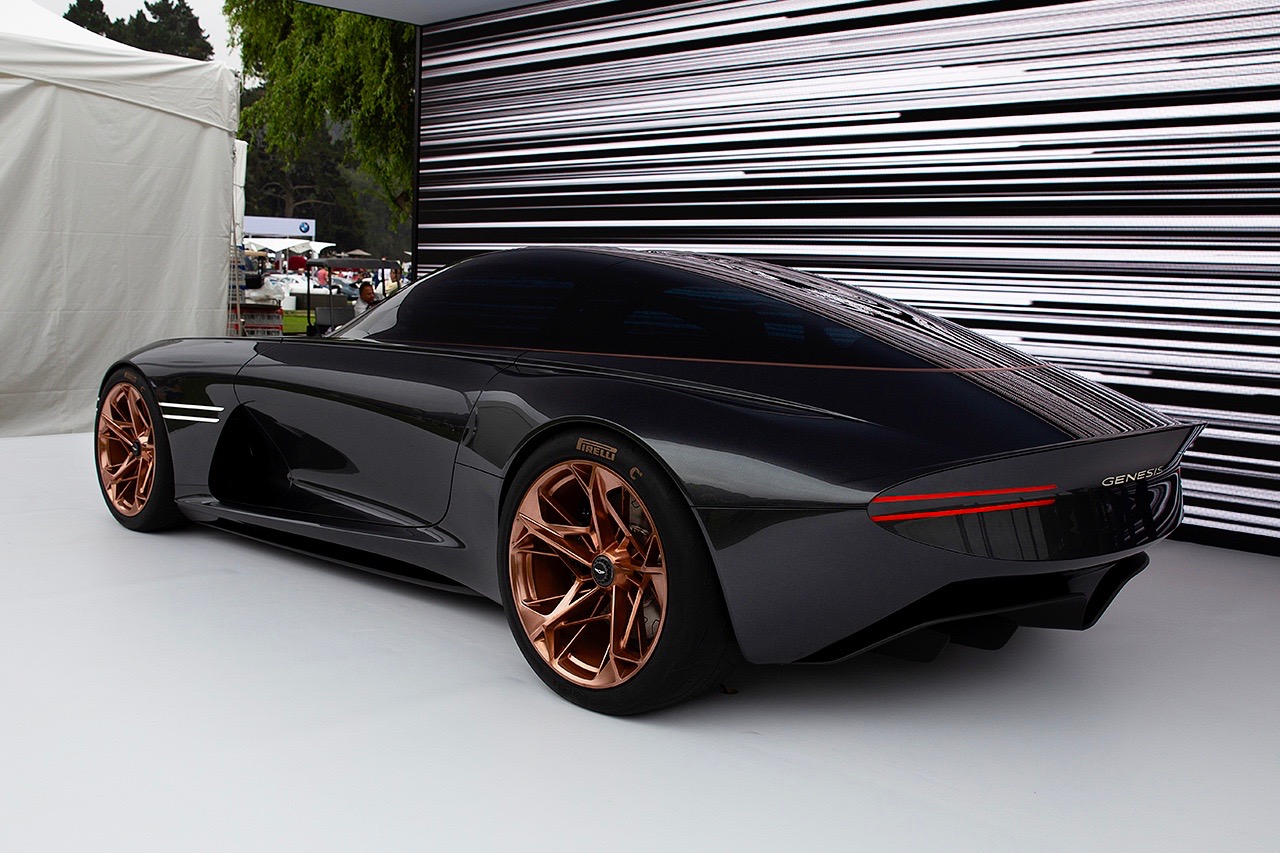 “Everything Else Just Became Transportation.” The folks behind the Genesis Essentia Concept Car know how to write a good tagline – and how to dazzle the Quail crowd with a big-screen video backdrop that looped stunning high-definition black & white graphics and cityscapes behind their sleek and sinister showstopper. 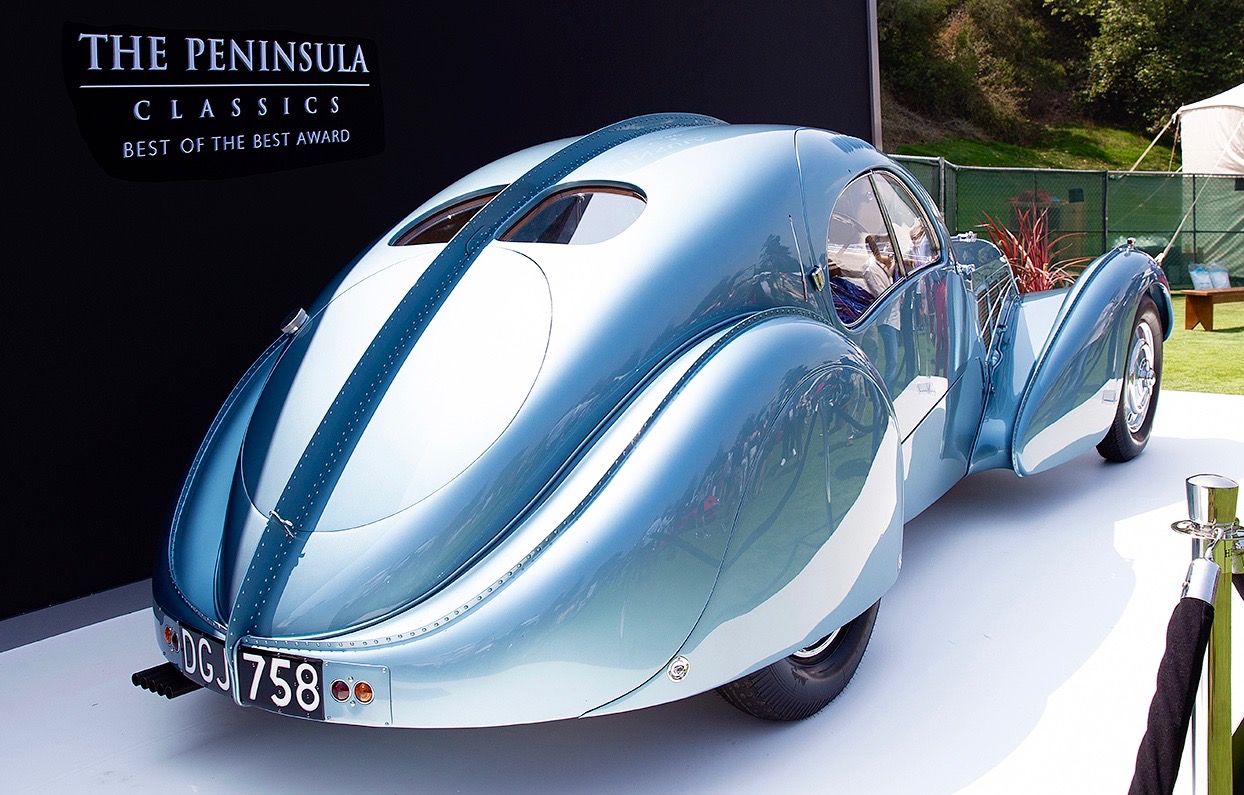 What can I say that hasn’t already been said about this icy-blue Bugatti Type 57 Atlantic Coupe – other than it’s more Pacific on display at The Quail – and a galactic gem wherever it dazzles! 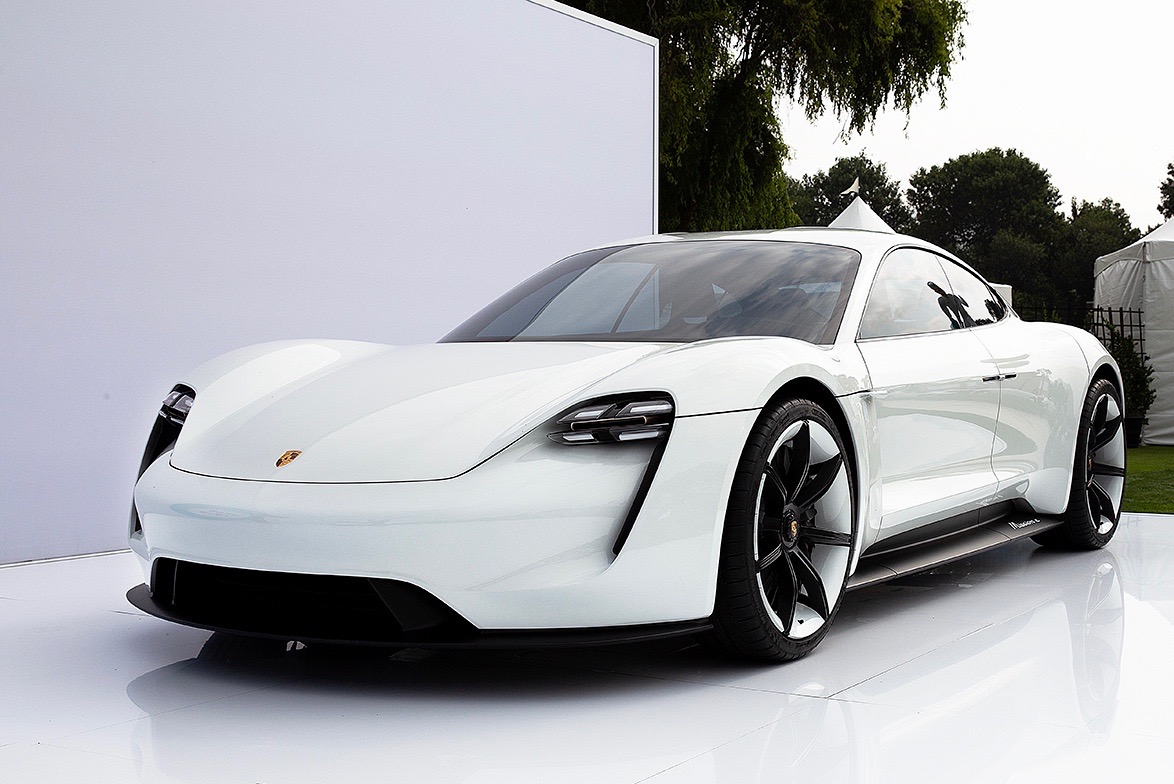 Porsche hopes to flip the Sizzle-Switch again in 2020 with it’s all-electric Mission E Taycan, which sat book-ended with ‘48 Porsche No. 1 Type 356 on the heavenly white 70 Years of Porsche stage. 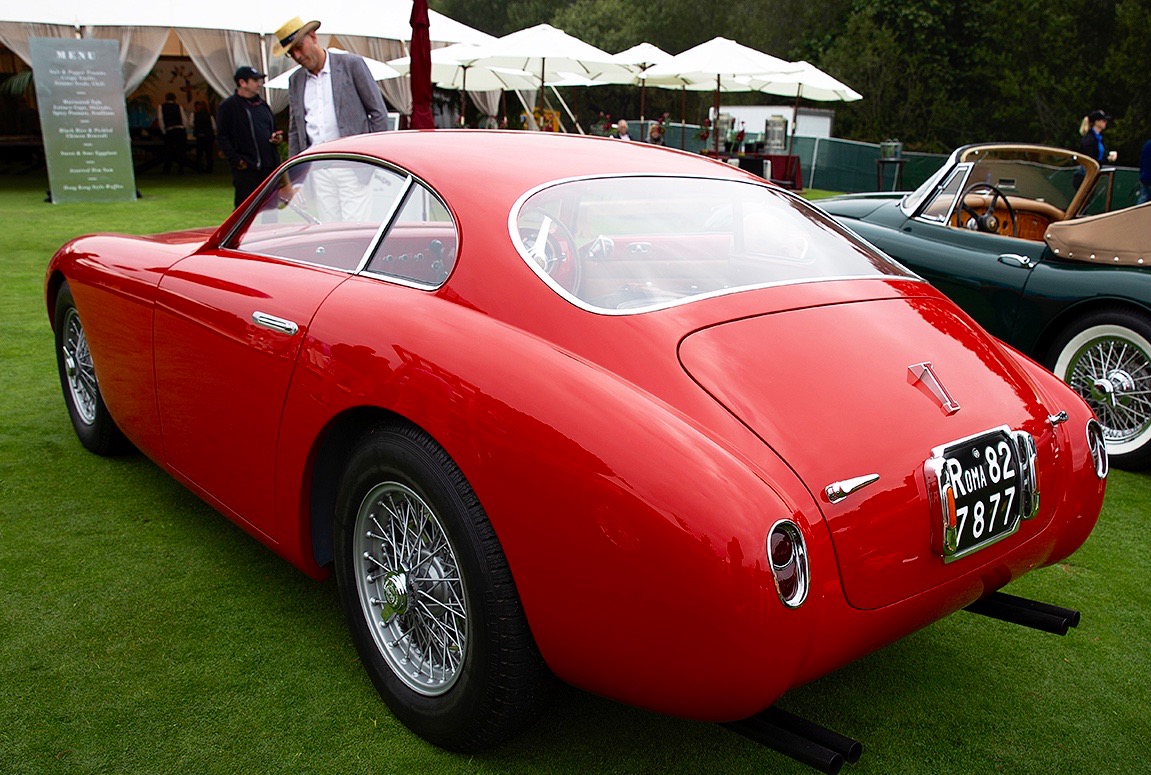 Jose Fernandez of Mexico City had a dream – to build a traditional, handcrafted, coach-built ‘Speciale’ as an homage to the Michelloti-designed, Vignale-bodied racing Ferraris of the early-1950s. With deep pockets, determination and the skills of The Creative Workshop, his Custom Coachworks 1966 Ferrari 330 GT Speciale was unveiled at The Quail. Simply WOW! For more information about this incredible Ferrari, please visit, https://www.330gtspeciale.com/ 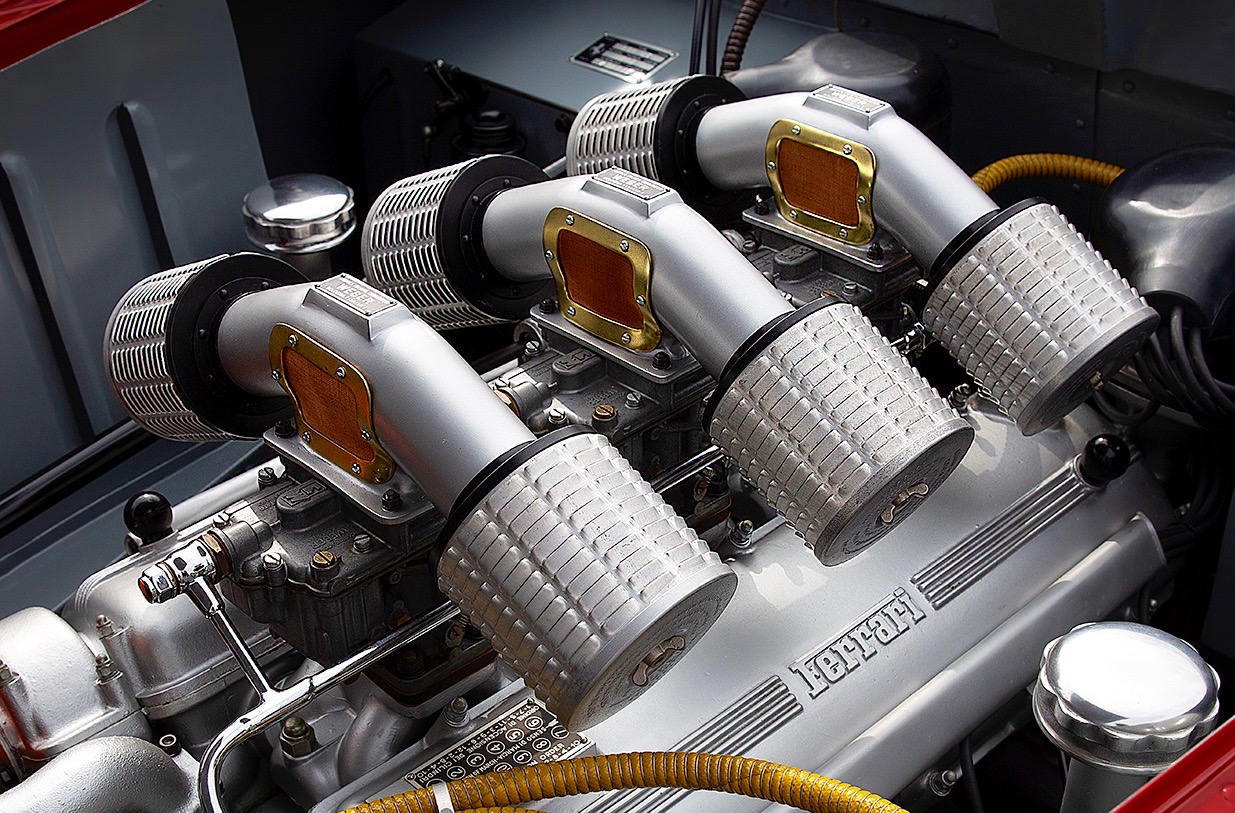 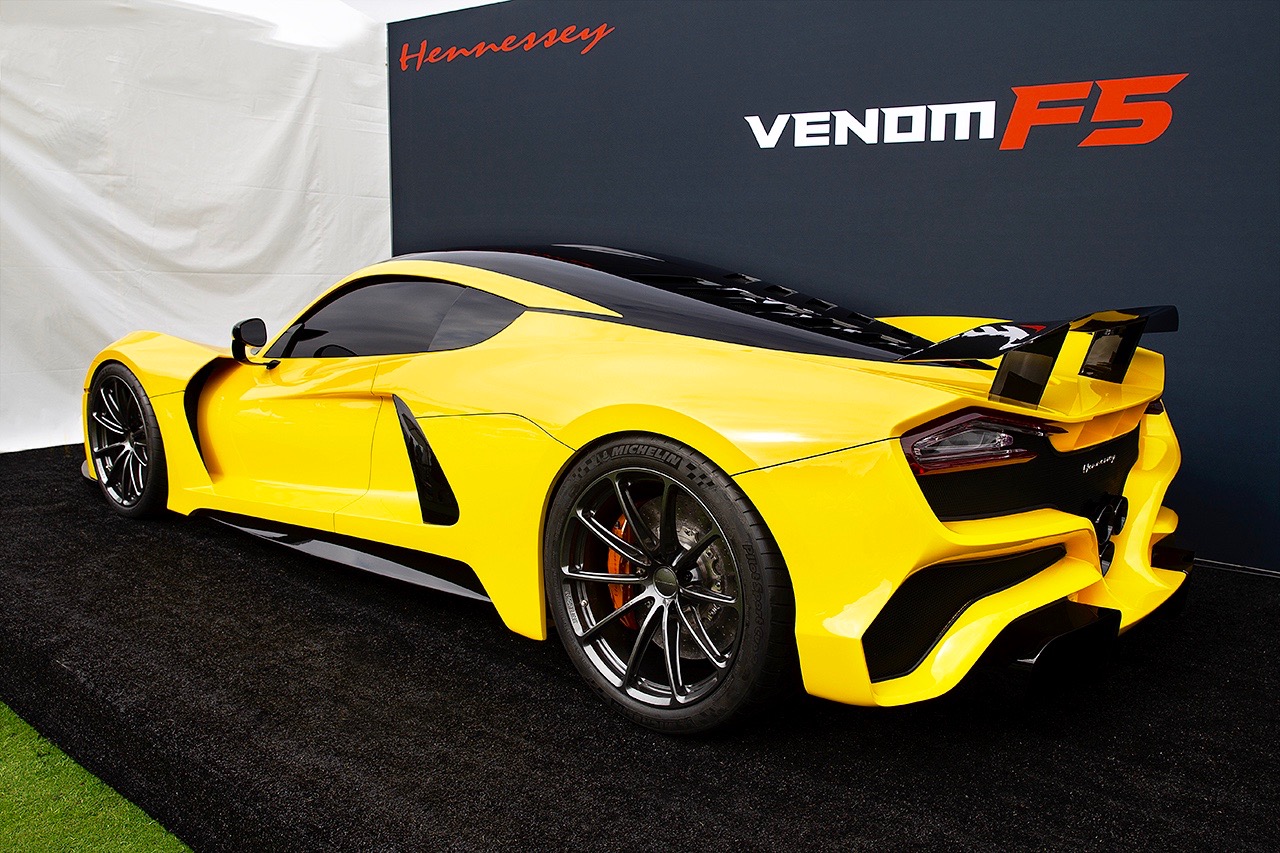 Ever been too early for something – like the unveiling of the custom-built Hennessey 7.6 Liter Twin-Turbo V8 engine capable of achieving more than 1,600 horsepower at 7,200 rpm? Me neither, until The Quail. I did get to photograph the awesome Supercar she’ll be powering though. I’m good with that. 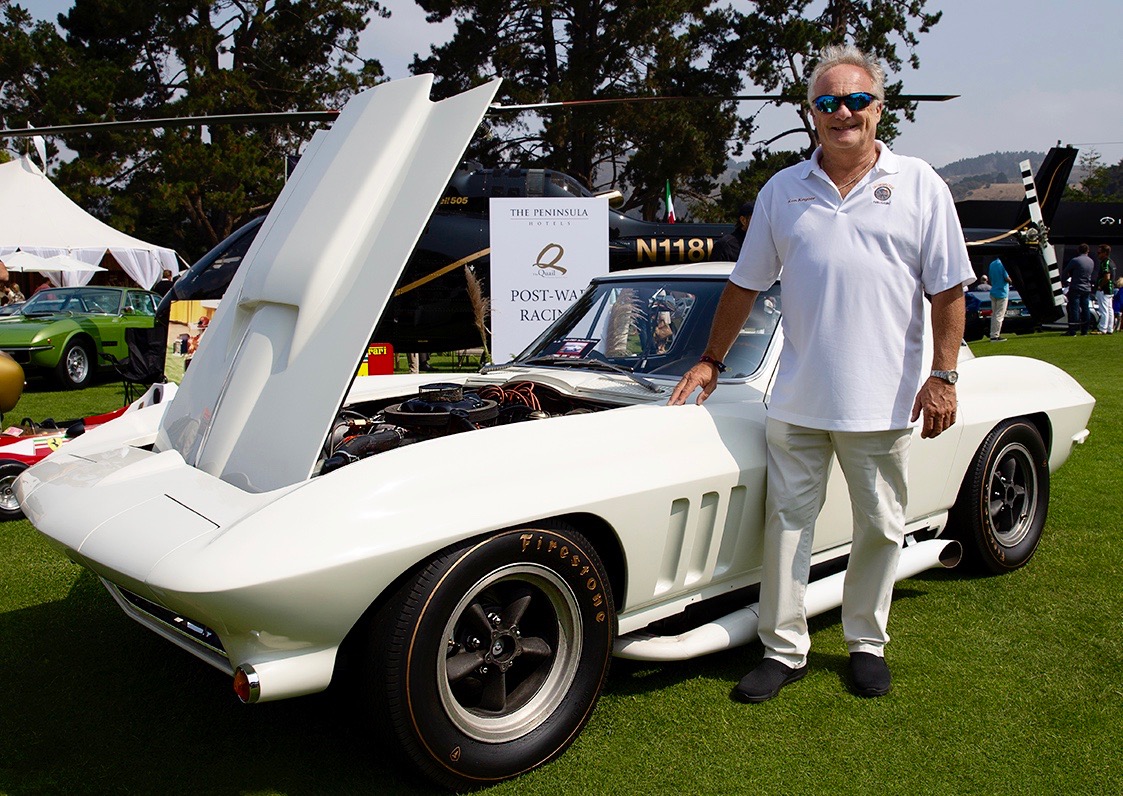 You’re looking at Zora’s #58053, the first L88 Corvette prototype development car and Ken Kayser, the insider, one of its owners, and author who has written the definitive story (http://www.tachometerpublishing.com/order/zoras-58053) of this legendary build. It’s believed to be the first St. Louis assembled Corvette with the big-block Mark IV 427 RPO-L72 engine. 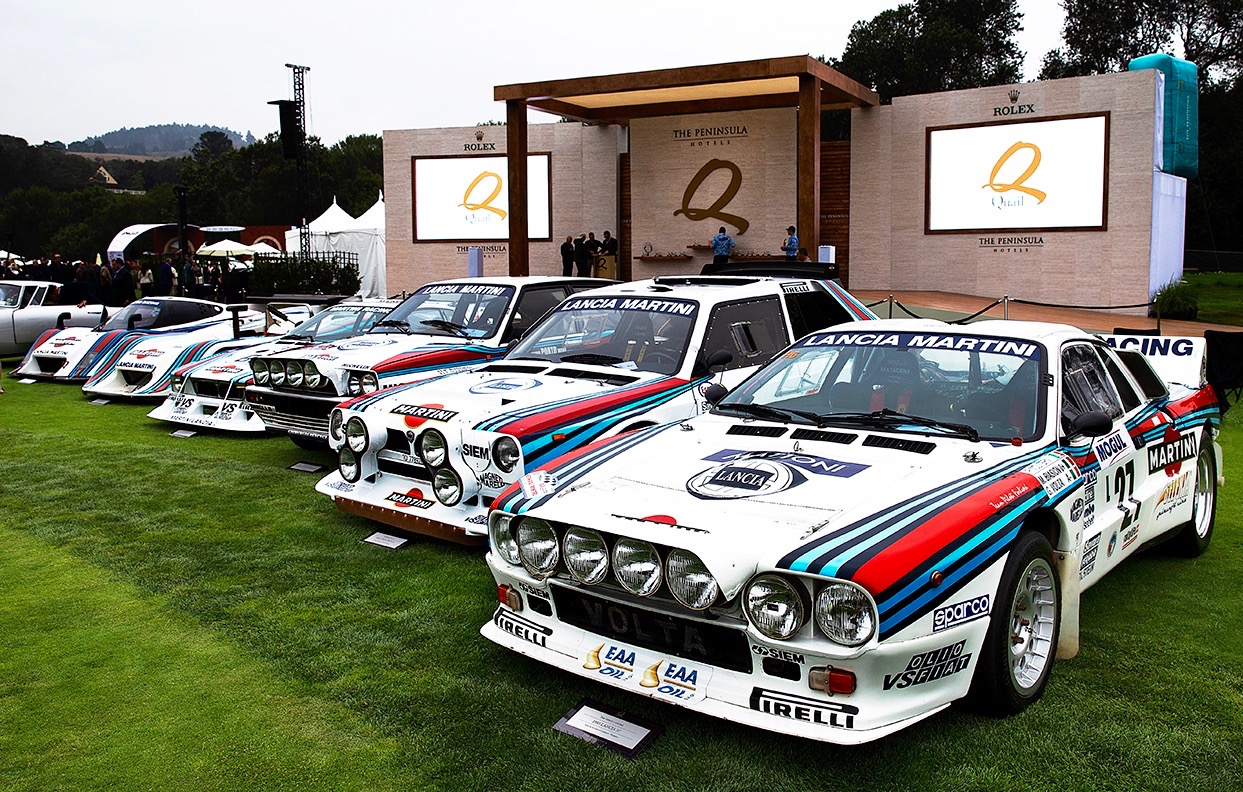 This impressive lineup of legendary Lancias sat ready to rally in front of the winner’s ramp at The Quail. The successful Martini Racing sponsorship with the works Lancia team lasted for over a decade, starting in 1982. 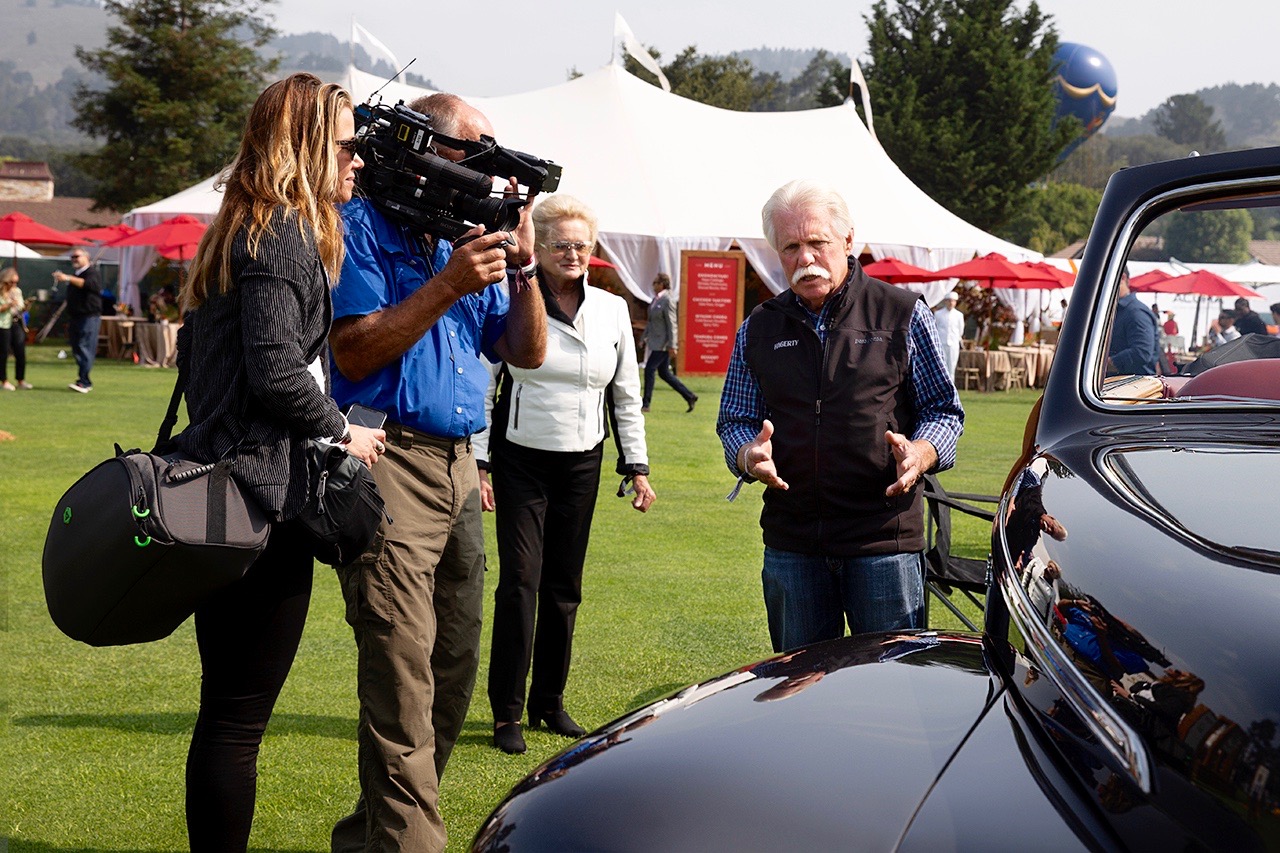 Chasing Classic Car’s Wayne Carini describes the size a wad of car restoration cash needs to be to bring a classic to The Quail in show-winning condition! 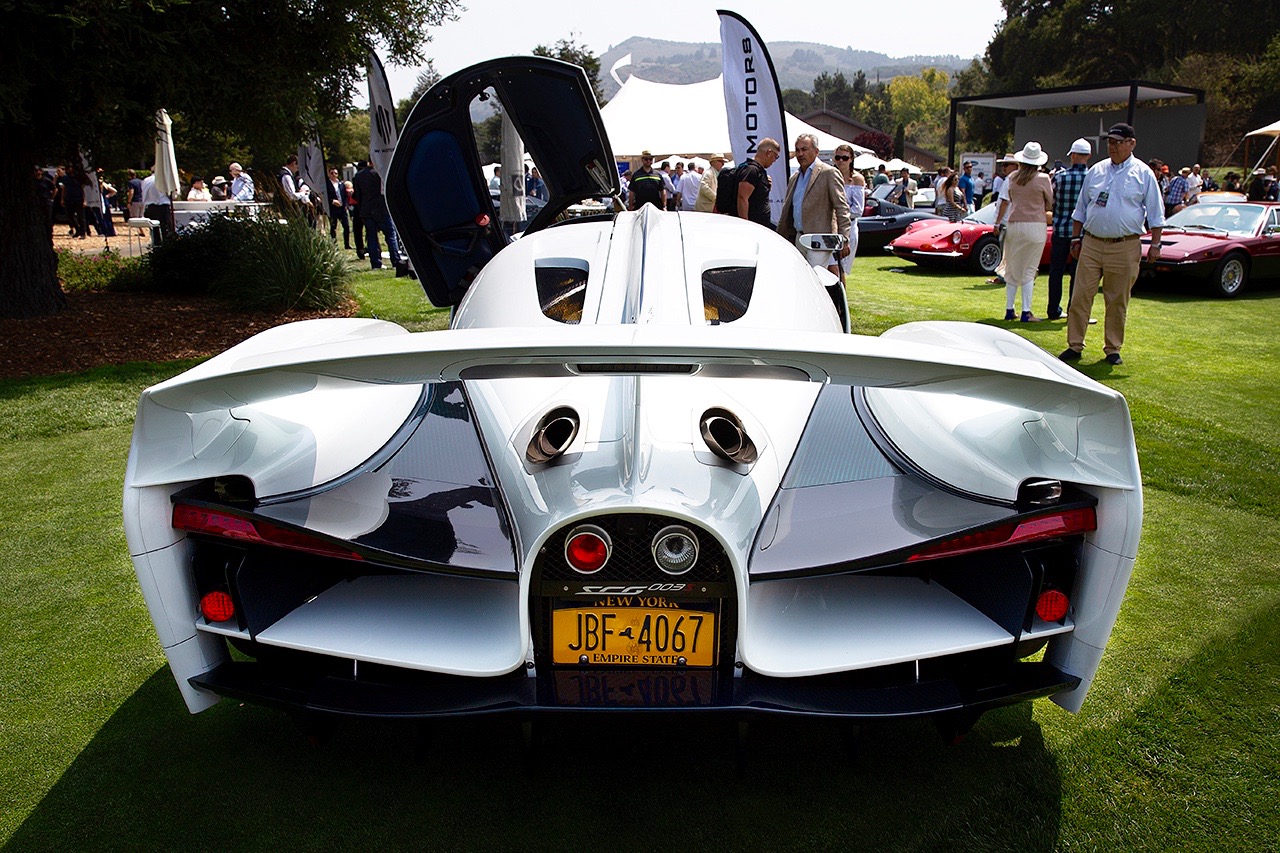 The gent representing the Jim Glickenhaus SCG 003S Supercar was somewhat tight-lipped about details. There’s nothing sleepy about this Sleepy Hollow, NY- based, 800-Horsepower, 2,700-pound Stradale. 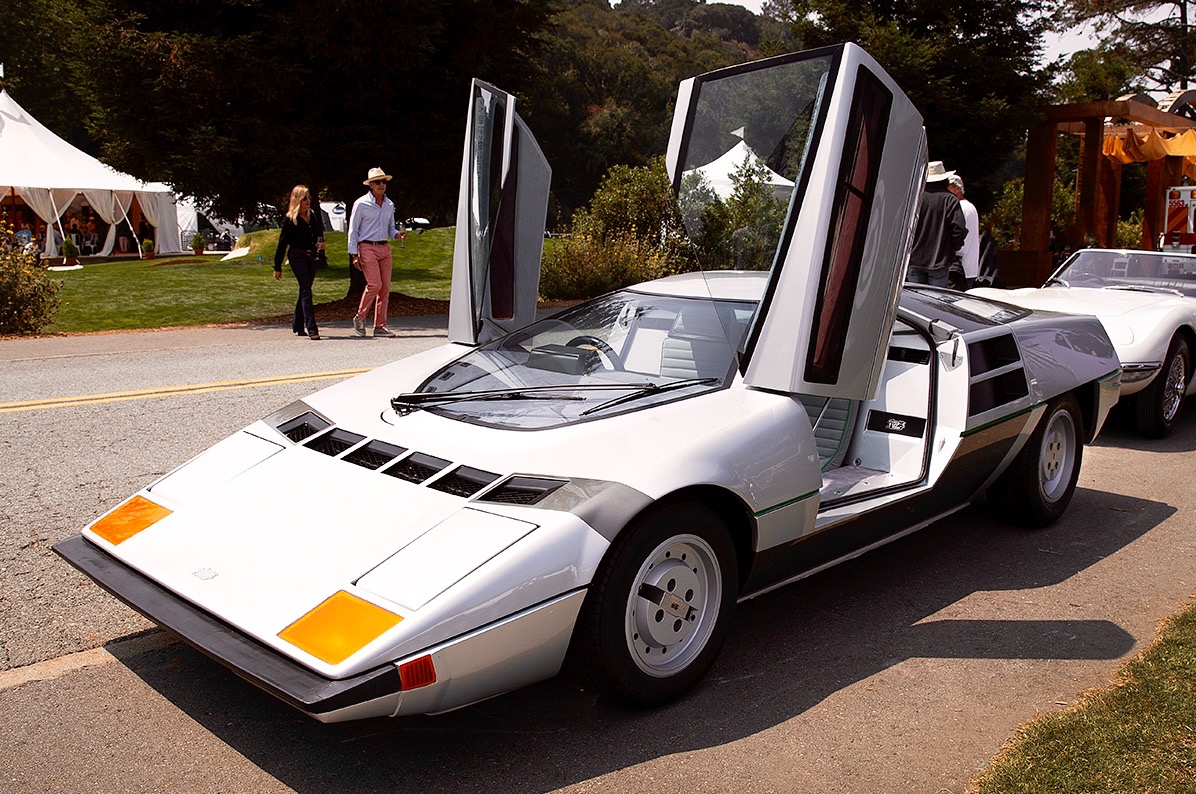 This ‘78 Dome ‘Zero’ was one of the road-going Supercars developed in Japan by racing aficionado Minoru Hayashi. Dome prototypes were intended to offer an alternative to exotic European Supercars. 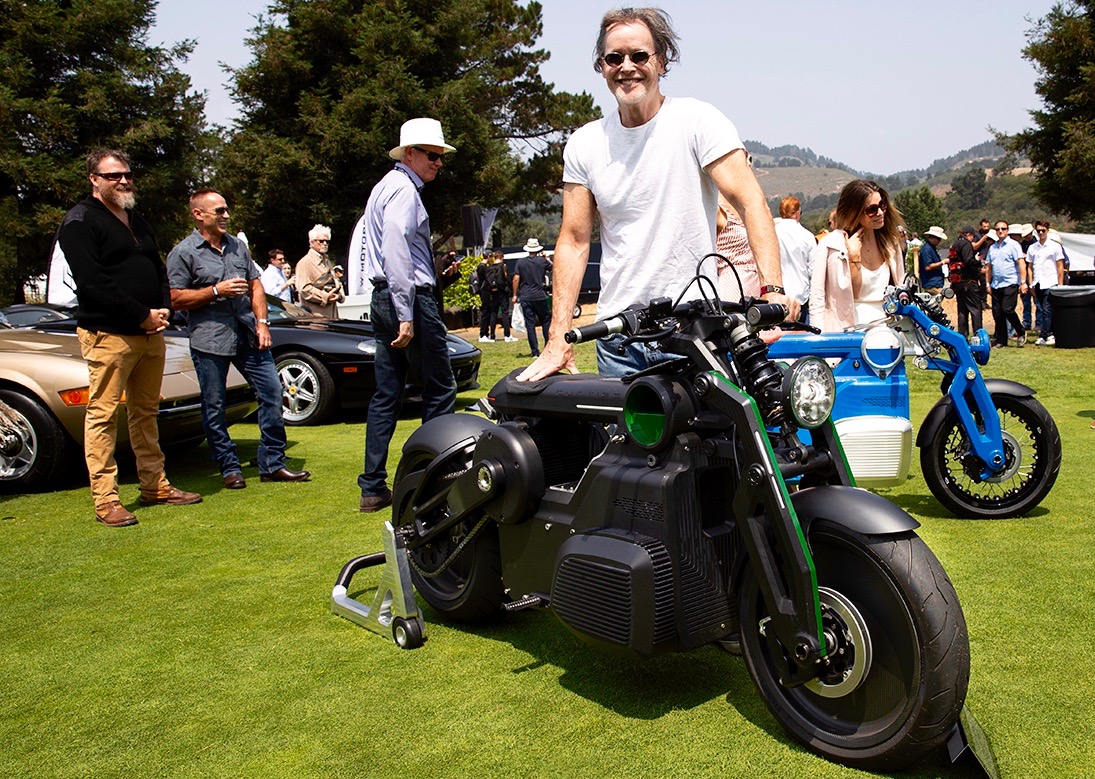 When Curtiss Motorcycles CEO Matt Chambers unveiled the unpainted, all electric Zeus motorcycle at The Quail Motorcycle Gathering back in May he was wearing a suit, albeit without a tie. Just three months later he has added color and performance enhancements to the Zeus and ditched the suit. I like your style, Matt! 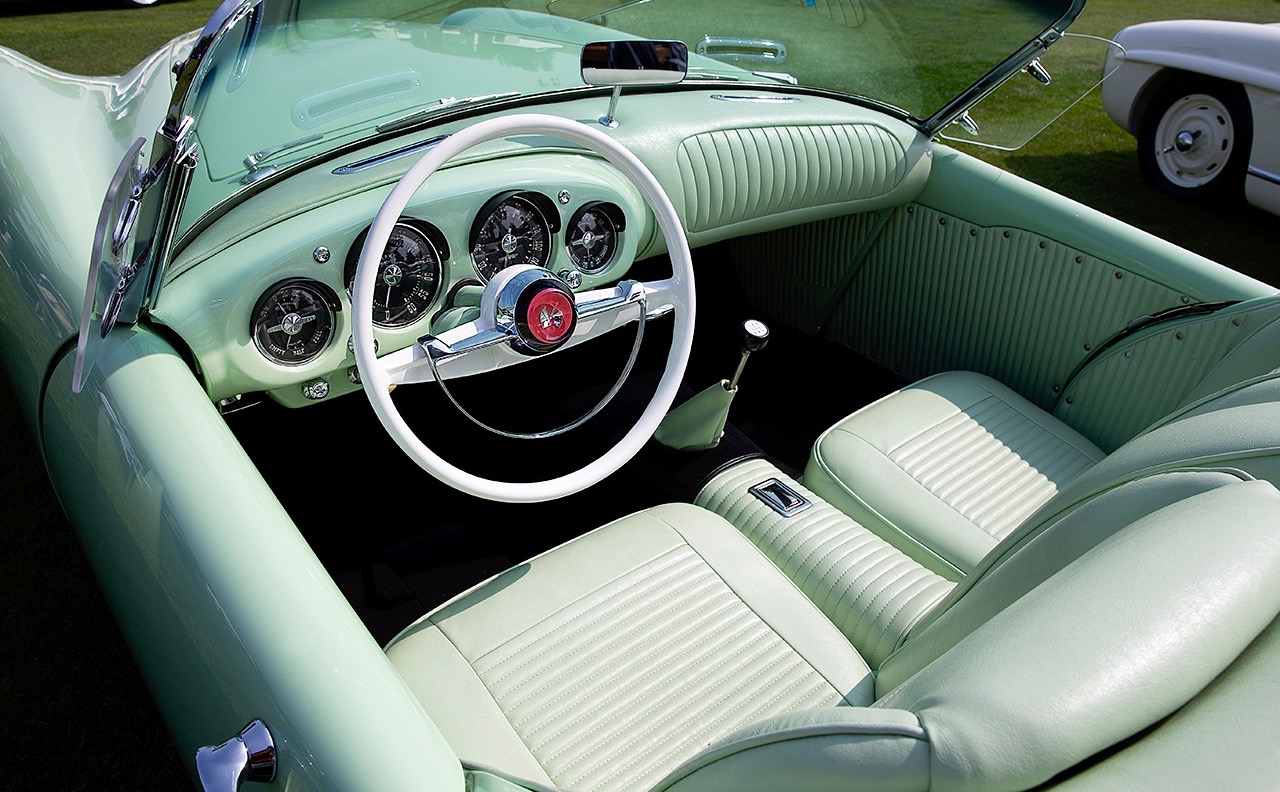 Even though there were only 435 Kaiser Darrins produced, many of you car guys are familiar with its quirky exterior design and sliding channel doors. So I thought you might enjoy this look at this ’54 K-D’s soothing Seafoam interior. Designed by Howard “Dutch” Darrin, power came from 161-inch Six. 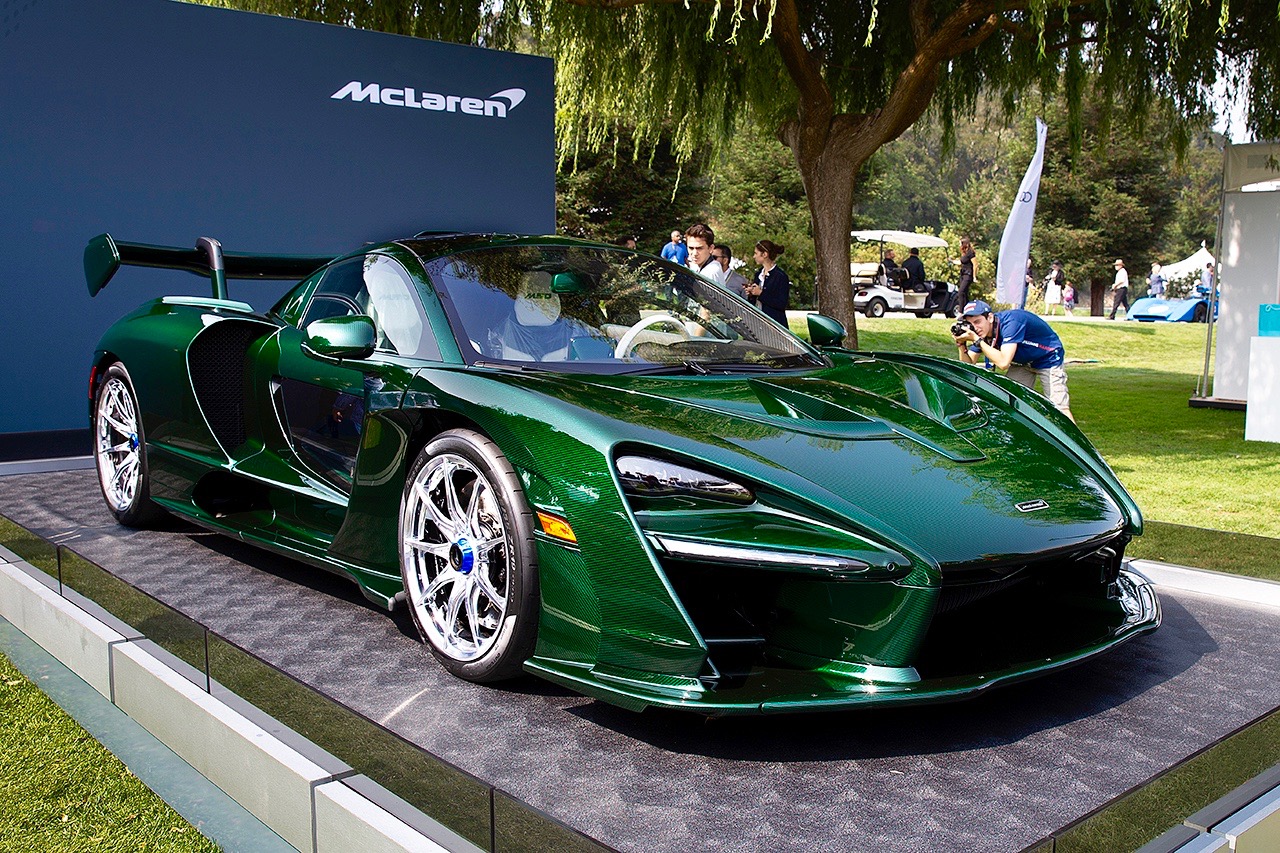 The Senna is the most track-focused McLaren ever built, delivering a power-to-weight ratio of 668 PS-per-tonne (659 bhp). Impressive – but not to the two ‘Twenty-Somethings’ standing next to it at The Quail. “Yeah, it’s fast but this one is just boring looking.” Apparently, the monotone color scheme left them wanting! 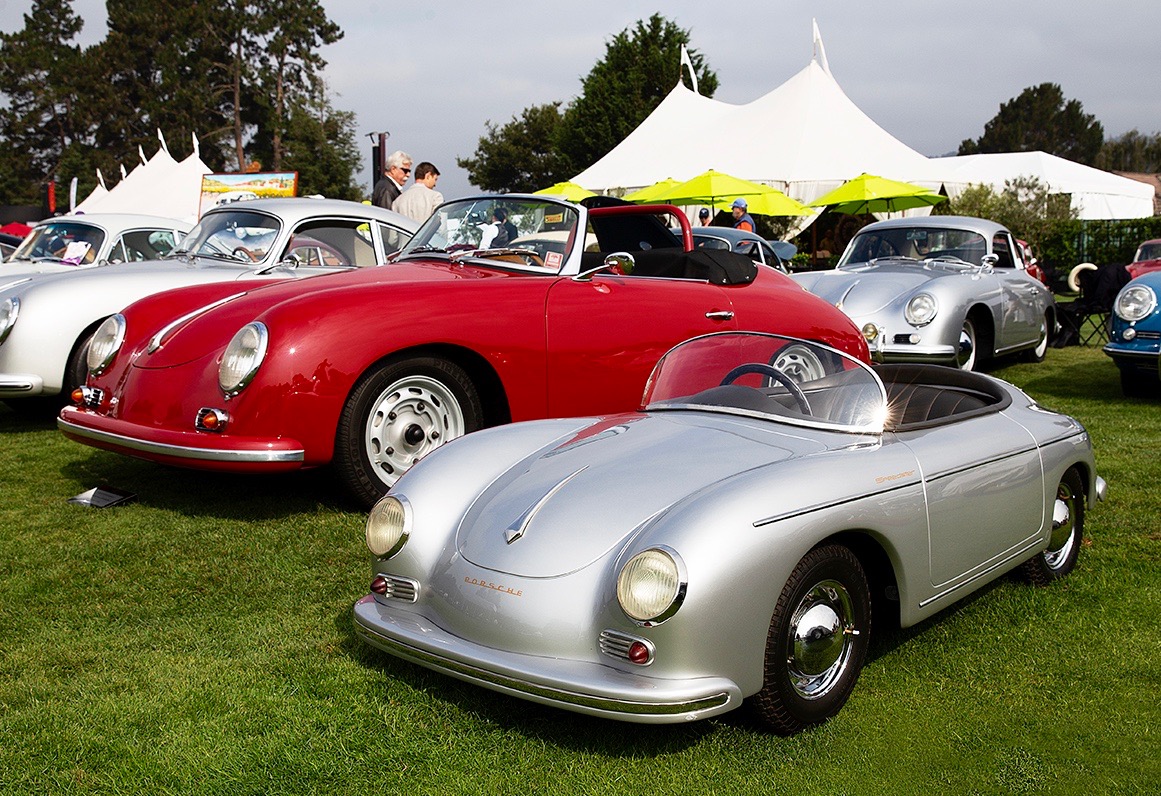 How to standout in a field of Porsches: Go small. This stunning ½-scale, gas-powered 356 ‘Speedster’ is a highly-detailed, fully-functional driver! 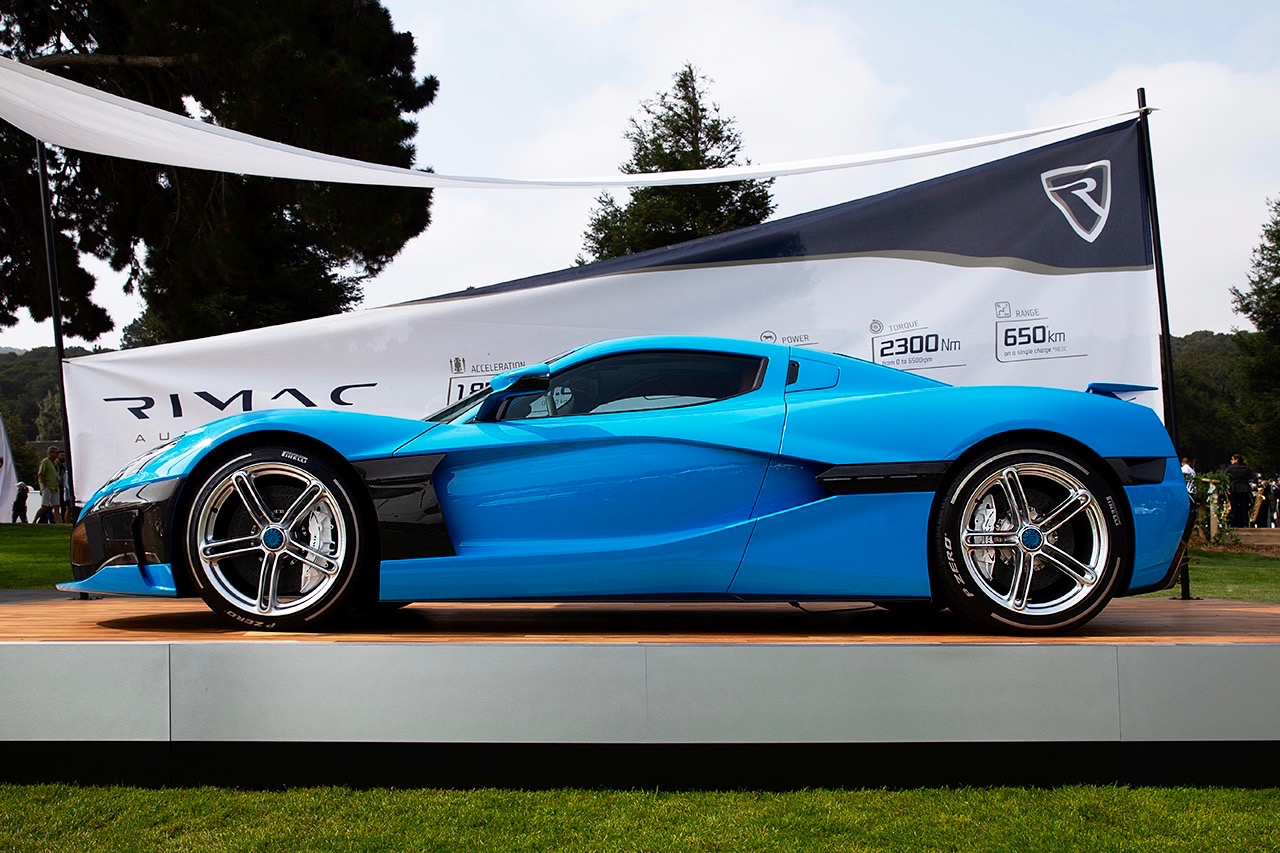 Croatian EV manufacturer Rimac Automobili brought its beautiful blue California Edition C–Two to The Quail. With a sticker price of over $2 million this hyper-EV delivers 1,888 horsepower, goes from 0 to 60 in 1.85 seconds and has an advertised top speed of 258 mph! 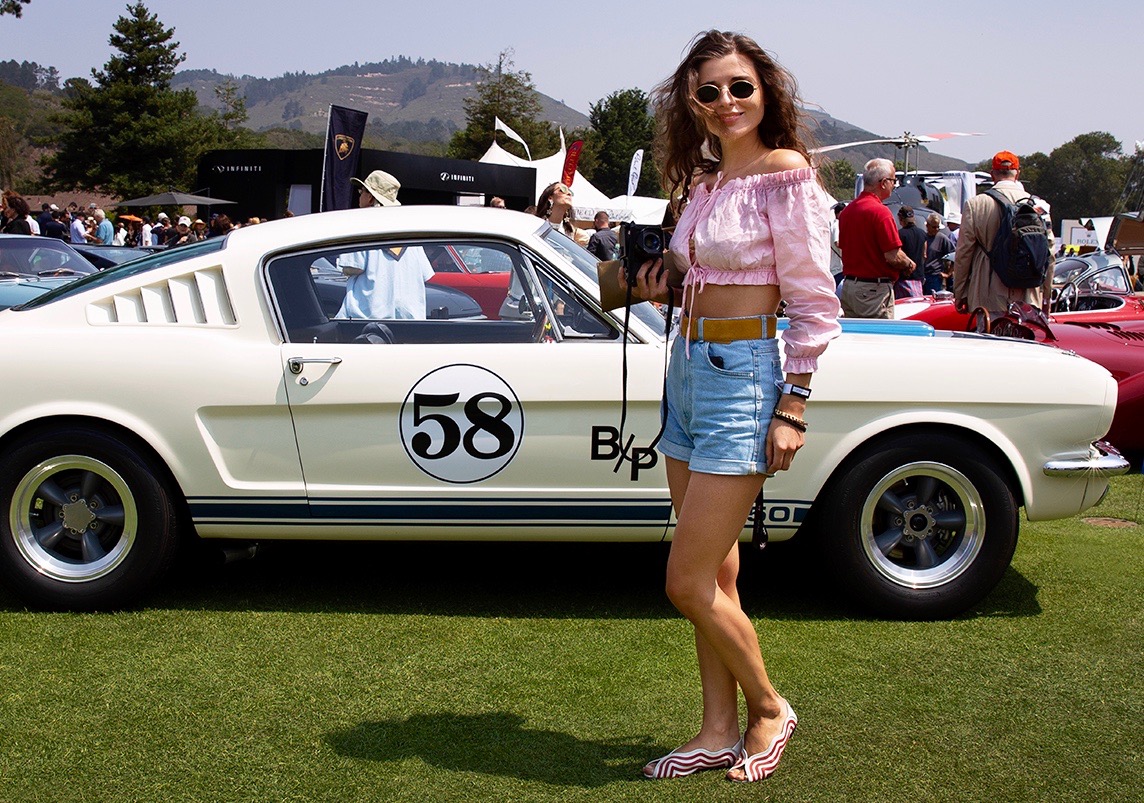 Well guys, I was hoping to finish this report with a cool shot of this wicked ’65 GT350 Mustang. But darn it, this visitor from Belarus walked into the picture. I’m sorry. Stay tuned for the final installment of my Monterey Car  Week coverage – coming soon!

For more information about The Quail Motorsports Gathering and details about next year’s event, please visit https://whatsupmonterey.com/events/monterey-car-week/the-quail-a-motorsports-gathering/457