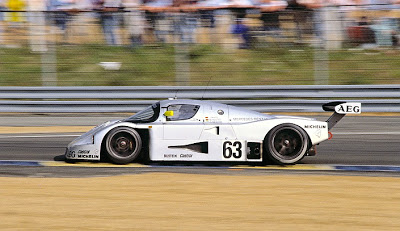 From their glory days in the 1930s, the all-conquering racers from Mercedes-Benz were known with affection, respect and, occasionally, fear, as the “Silver Arrows.” The nickname has its roots in a clever solution to a weight restriction mandated by the Grand Prix rules book. During the 1930s, to save weight and meet the international regulation requiring GP cars to race under the maximum weight of 750 Kilograms (1,650 pounds), Mercedes-Benz removed its traditional racing white paint from their racers. The menacing look of the bare alloy bodies suited their aerodynamic shapes. At once the fans and the press nicknamed the new polished, bare-metal Mercedes Grand Prix racers, Silver Arrows. Speeds over 200 mph were recorded by the Silver Arrows in the late-1930s! The nickname stuck and it persists today.

The fastest of all Silver Arrows will be reunited with Jochen Mass, its Le Mans-winning driver and honoree of the 19th annual Amelia Island Concours, on the 25th anniversary of Mercedes-Benz power’s 1989 Le Mans victory. On June 10th and 11th, 1989, a Sauber C9, powered by a five-liter turbocharged Mercedes-Benz V-8 engine, set a Le Mans speed record that will stand forever. On the way to victory, the new C9 Silver Arrows recorded a top speed of 253.5 mph on the 3.7-mile Mulsanne straight. It’s a record that will never be broken.

The governing body of international motorsport was so alarmed by the speed of the Le Mans-winning Silver Arrows that it demanded the creations of chicanes on the Mulsanne straightaway to blunt the staggering top speeds! 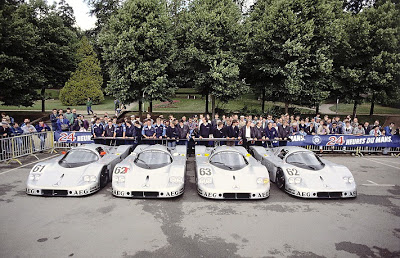 “The Eighties was a golden age of endurance sports car racing,” said Bill Warner, Founder and Chairman of the Amelia Island Concours d’Elegance. “All the major manufacturers raced for victory at Le Mans. Mercedes-Benz’s 1989 Le Mans winner was the technological apogee of the breed and it is still the fastest car in Le Mans’ 90-year history. Having the fastest car that ever raced at Le Mans reunited with its 1989 winning driver at Amelia on the 25th anniversary of that milestone victory is very exciting.” 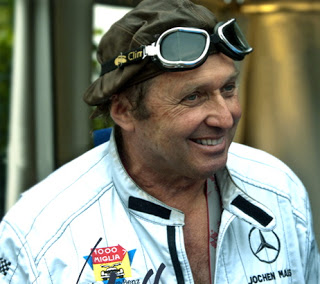 “Mercedes-Benz Silver Arrows have been winning races and championships for nearly a century,” said Warner. “Mercedes power has won Grand Prix races, Formula 1 World Championships, the World Sports Car Championship, the World Sports Prototype Championship, the 24 Hours of Le Mans and the Indianapolis 500. Witnessing a Mercedes-Benz racer in action makes it easy to understand that their motto, “The best or nothing” isn’t a frothy slogan; it’s a corporate quality commandment. The 1989 Le Mans winner is the embodiment of that philosophy.”

Check out video of C9 action at 1989 Le Mans, http://www.youtube.com/watch?v=TW_A9FiNFWk