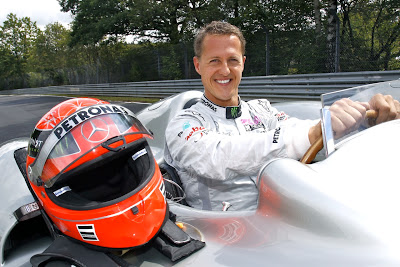 Formula 1 record-breaking world champion Michael Schumacher will take to the track in
the run-up to the 24-hour race at the Nürburgring next month. It will be the first
outing for a modern Formula 1 Silver Arrow at the Nürburgring Nordschleife since

On Sunday, May 19th, before the start of the 24-hour race, seven-time Formula 1 world champion Michael Schumacher will take to the track. Schumacher will run a demonstration lap on the Nürburgring’s legendary Nordschleife in a MERCEDES AMG PETRONAS F1 W02 to say ‘thank you’ to his fans for their years of loyal support during his F1 career. 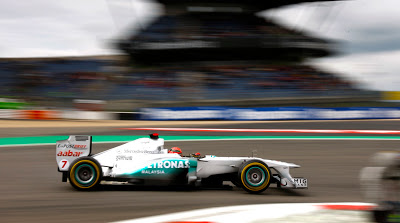 This will be the first time, since Juan Manuel Fangio’s victory on August 1st 1954 that a modern Formula 1 Silver Arrow has been driven on the Nordschleife. Schumacher covered
part of the Nordschleife in the last Formula 1 GP at the Nürburgring in July 2011.
However, that was in a Mercedes-Benz Silver Arrow Stromlinie W196. The W196 was
the first Formula 1 Silver Arrow that took Mercedes-Benz to two world titles – 1954 and 1955 – with Juan Manuel Fangio. During this period, including his success at the Nürburgring,
Fangio achieved a total of eight wins. 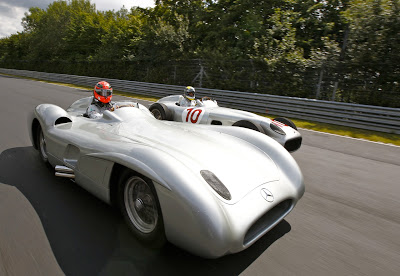 Long before the start of the Formula 1 world championship in 1950, there has been a close connection between Mercedes-Benz and the Nürburgring. An icon was born on June 3rd 1934 when the Silver Arrow had its first outing on the legendary Nürburgring Nordschleife in the International Eifel Race. The car was silver because mechanics had worked through the night to strip away the white paint of the brand new Mercedes-Benz W25 racing car, so as not to exceed the maximum permissible weight. The next day, Manfred von Brauchitsch won the W25’s debut race, starting the legend of the Silver Arrow. 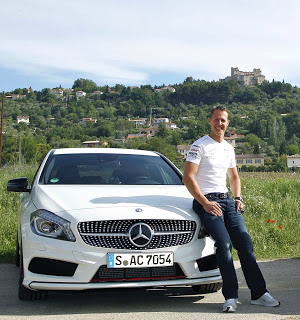 Michael Schumacher brought his F1 career to a close last year at MERCEDES AMG PETRONAS. In April this year, Schumacher and Mercedes-Benz announced a long-term partnership that goes far beyond motor racing and Formula 1. The record-breaking champion will represent the brand as an ambassador and provide support for issues relating to future developments, including Intelligence Drive – the safety and convenience system introduced by Mercedes-Benz.