Skip to content
Reflecting on arguably the most advanced road car of its era and, almost sixty years later, still a competent road warrior and turning heads! 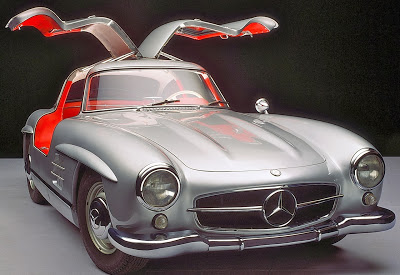 Between 1954 and 1957, Mercedes-Benz produced the 300SL Gullwing coupe, a future-tech tour de force that excelled in high-speed touring as well as sports car road racing. Showcasing a dry-sump-lubed inline Six with fuel injection, the Gullwing had a top speed just a tick over 160 mph. With its belly-panned tubular space-frame chassis, outstanding road holding and unique styling, the Gullwing was in a class of its own. It was the fastest production road car of the day. 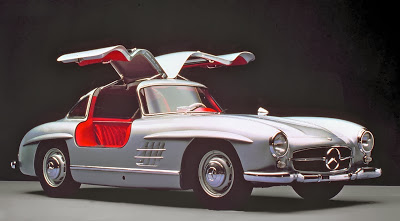 Just 1,400 were built, being replaced with the 300SL Roadster (1957-1963) with traditional doors, folding soft and hardtop and more efficient disc brakes. Yet, the Gullwing remains the most iconic of the line and worthy of accolades like, “The German Hot Rod of the ‘50s.”