Skip to content
The Meadow Brook folks in Motown have the formula for success on the show field. Kat Kurkov takes us up front and personal. 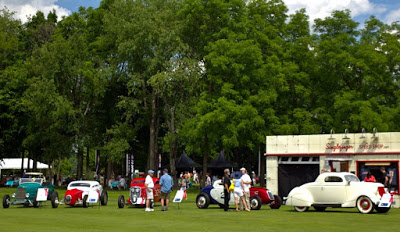 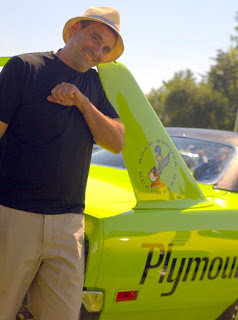 If you take rare automobiles, add thousands of hours of restoration, then add preshow activities combined with perfect weather in an idyllic setting, the result can only be the 2015 Concours d’Elegance of America held in Plymouth, Michigan.

Still referred to as “the new Meadow Brook” where it was held for 32 years, this concours has a history of getting things “just right”. There was a well–rounded mix of automobiles spanning the dawn of automobile history to some of the supercars of today.

Kevien Adell, left, from Bloomfield Hills, MI brought just a few of the 60 cars in his collection. He has been able to drive his ‘70 Plymouth Superbird, below, after having it undergo a yearlong restoration with “Mopar Kevin”. Although not a daily driver, this car is still driven on the streets. He was joined by his Dad, Donald Haranczak, and his ‘71 Plymouth Road Runner. Adell rounds out his collection with an original Batmobile, a Trans-Am from Smokey and the Bandit and the infamous Ferrari from Ferris Buller’s Day Off. 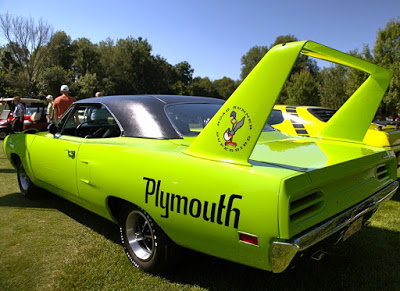 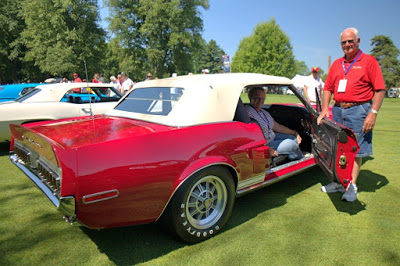 Nothing epitomizes spirit of the Sixties more than a ‘68 Shelby GT500 KR. This Mustang is unusual in that out of the 4,450 made only 1,053 were KR fastbacks and 517 convertibles and just 150 had four-speeds and only two came with factory air. Ken Nagel, Plano, IL, bought this restored Candy Apple Red convertible in 2009.The legendary Costilow & Larson CSX2093 Cobra, below, converted to Dragonsnake when new, terrorized east coast drag racing. 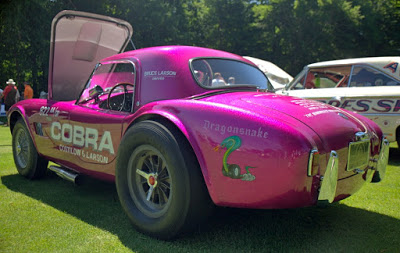 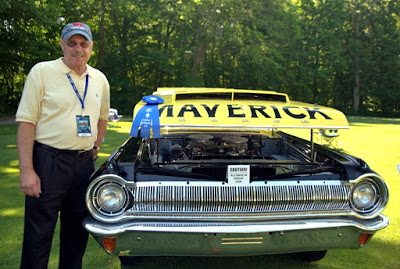 From the Super/Stock spotlight to a swamp in Louisiana, this Dodge has seen it all. Driven by Bill “Mavrick” Golden and Stanley Ward, it won 134 of 135 races entered in a three-year period, making it one of the winningest cars in drag racing. As “Maverick” went on to greater fame with his “Little Red Wagon” the Dodge fell from grace. When the shell was discovered seven years ago, the VIN numbers were run and certified by Chrysler. Irwin Kroiz owns this First Place Concours winner. 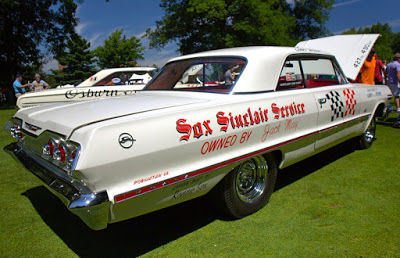 This ‘63 Chevrolet Impala from Sterling Heights, MI was built in Flint for the NHRA Nationals. With aluminum hood, fenders, grille and brackets and 427 engine, this Z11 Lightweight was tough to beat. When equipped with a stroked 512-inch big-block, Larry Wilson drove it to a number of records, clocking 132 mph in the low-10s. 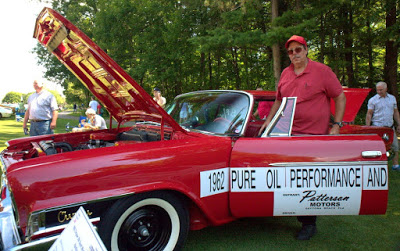 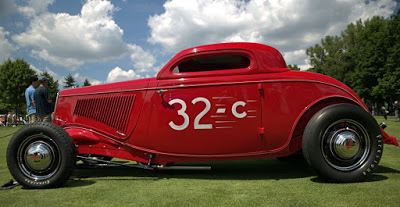 Singlefinger Garage/speed shop didn’t just bring cars from the Three Dog Garage – they brought the whole garage! One of the standouts in their lineup is a ‘34 Ford Coupe, owned by Don Ferguson and featured in a recent Rodder’s Journal. In 1951, this Flathead-powered three window coupe ran 138 mph at the El Mirage dry lakes! This car was painstakingly restored from historical photographs, down to the unusual graphics up front. Ultra-rare ’69 Trans-Am convertible, below, was a big attraction, as was another late-model Pontiac Trans-Am with a Kammback station wagon conversion. 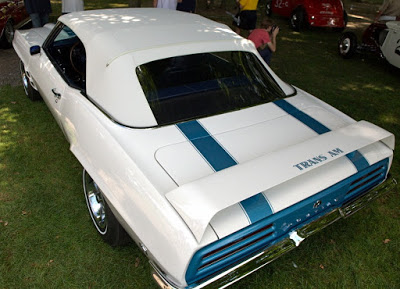 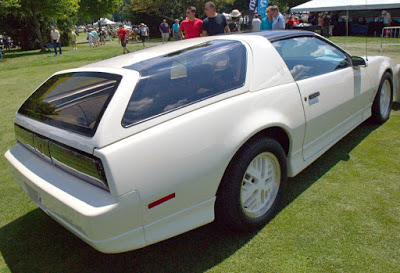 Like other concours, St John’s brings together people and cars. Yet the depth of each class is amazing. It showcases how automotive innovation evolved, and how it is now living history; sometimes carefully maintained in its original state, other times restored using cutting edge technology like 3-D printers. There is something for everyone interested in power mixed with beautiful design. But there is more than first meets the eye. National charities like JDRF whose mission is to find a cure for Type1 diabetes, and local charities such as Forgotten Harvest and the College for Creative Studies also benefit.