As WeatherTech Raceway Laguna Seca celebrates its 65th racing season, we take a look back at some of the LEGENDS OF LAGUNA SECA, the iconic characters who helped mold the mystique of the now world-renowned race track. 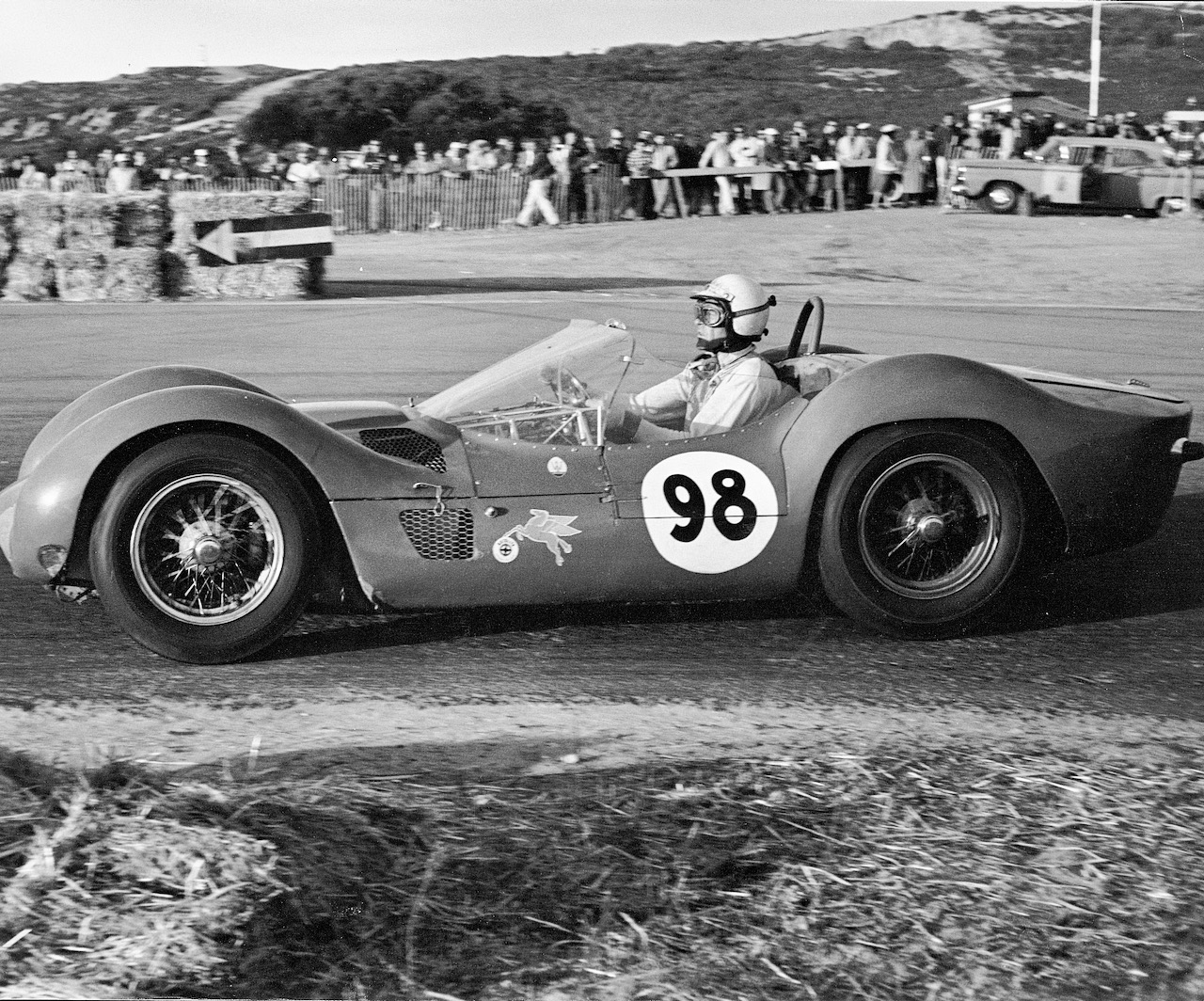 In 1960, Laguna Seca had three years of racing under its belt and started to form into an elite racing venue. Its competitions often attracted not only the best drivers in the U.S., but around the world. Beginning that October, the Pacific Grand Prix implemented an innovative way to race. The competition was divided into two 200-mile heats, with a 30-minute break in between. This time was used for repairs on the cars which struggled in the first heat, and to tune up the ones that finished. Let’s focus some of the LEGENDS OF LAGUNA SECA:

Enter Sir Stirling Moss – a London native who was downshifting into the twilight of his International Motorsports Hall of Fame career in the early 1960s. Moss won 212 races between 1948-1962, including 16 Formula One Grand Prix events. Two of those 212 wins came in the 1960 and 1961 Pacific Grand Prix, where he went back-to-back. Moss would return to Laguna Seca later in his life to take part in the Rolex Motorsports Reunion. 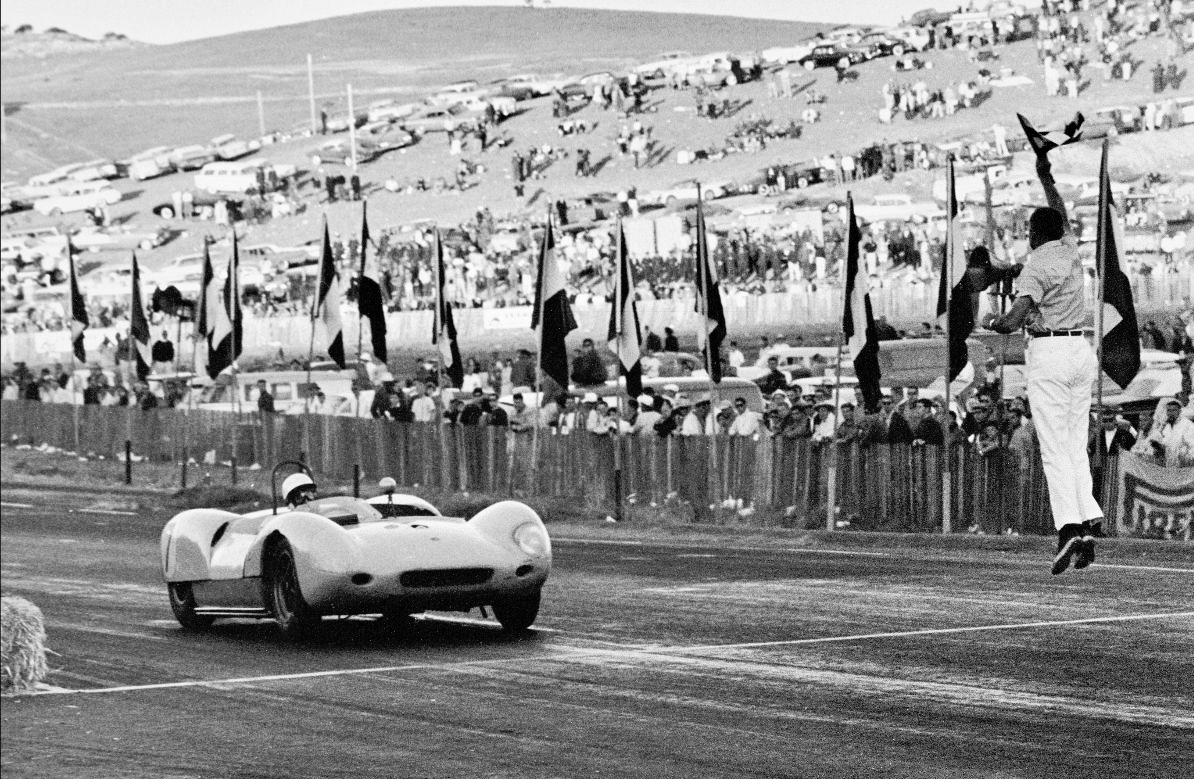 As Moss took the trophy home during the 1960 Pacific Grand Prix, the man who finished second to Moss in the overall results was taking his final competitive laps.

Carroll Shelby navigated the Laguna Seca course in car No. 98, a bright red Maserati Tipo 61, in the final race of his legendary career, which was cut short due to heart problems. Shelby finished fifth in the first heat and fourth in the second to place only behind Moss as the two icons went one-two in the final standings.

Shelby became notorious for popping nitroglycerin tablets to ease chest pains from a chronic heart condition. After finishing second to Moss, Shelby complained to the press that he would have won the damned thing had he not had to slow down to take his heart medications while driving.

The most famous drive of the 1961 season didn’t happen on the Laguna Seca pavement – but rather at the Mark Thomas Inn hotel pool. Yes, you read that right. Augie Pabst, fueled by adult beverages and a bet from Roger Penske and Walt Hansgen, drove his Hertz rental car into the hotel pool.

“I said, ‘Augie, you’ve had a really bad day. I bet you $100 that you won’t drive your rental car into the swimming pool,’” Penske later recalled. “So, sure enough, Augie stripped down to his undershorts, got in his rental car and drove right down between the diving board and into the pool. It was the most amazing thing I had ever seen!” 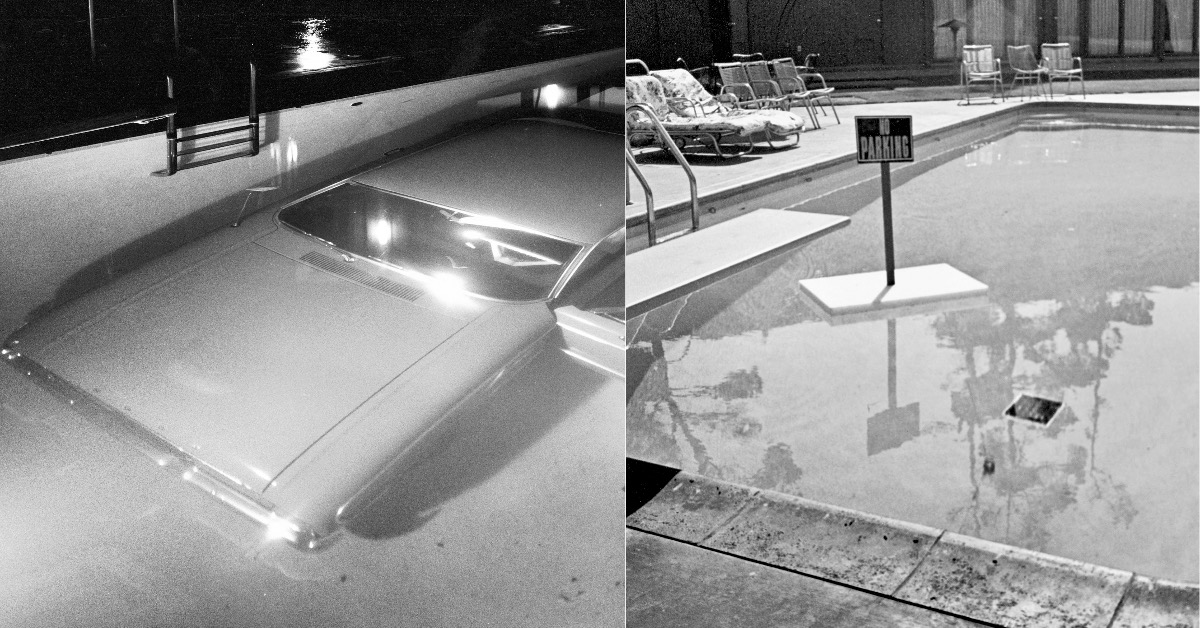 The car was totally submerged, and unfortunately for Hansgen, he had forgotten to take his camera out of the trunk first. The following day the car was removed from the pool, and both Hertz and the Mark Thomas Inn – which is now the Hyatt Regency – received more publicity than they ever could’ve dreamed of as a result of the prank. When the group returned to the hotel the following year, the staff had placed a floating “NO PARKING” sign in the pool. The late 1960s saw high-powered muscle cars take over at Laguna Seca, as the Trans Am series roared into Monterey in 1969.

Mark Donohue became a fixture on the podium at Laguna Seca, as he captured the final USRRC race ever held in Monterey in 1968 behind the wheel of Roger Penske’s McLaren M6A. Donohue would go on to clinch the 1968 USRRC title, which was his second in a row.

The always popular Donohue also found great success in the Trans Am series. Behind the wheel of a Camaro Z/28, he won the inaugural Over 2000-cc race at Laguna Seca in 1969, which also clinched his second consecutive Trans Am series championship.

For more about the LEGENDS OF LAGUNA SECA and all eight 2022 premier events at WeatherTech Raceway Laguna Seca, please visit https://www.co.monterey.ca.us/government/government-links/weathertech-raceway