Skip to content
A mere shadow of its former self, this 1930s ‘beach racer’ has a glorious past. 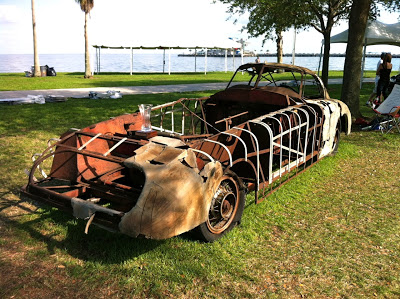 In the 1930s, sand courses in Florida – Ormond and Daytona beaches – were popular spots for speed record attempts. Even as late as the 1950s, Daytona Beach was used for top-speed
runs by automobile manufacturers as well as stock car competition. This ’30 Pierce-Arrow,
with a fabric body stretched over tubular framework, had been discovered and featured
in a 2011 episode of popular TV show, American Pickers. 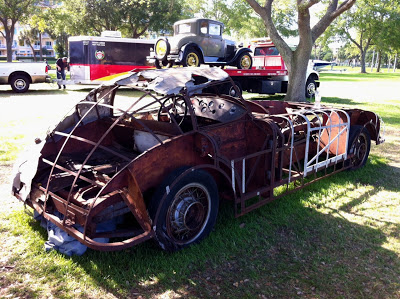 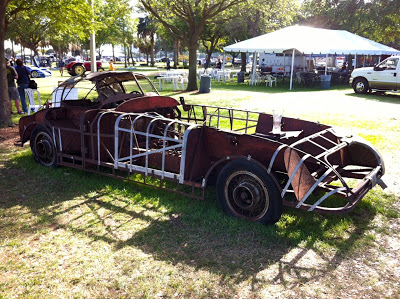 Powered by a straight-eight engine mounted just four inches above the ground, it ran
’29 Pierce-Arrow drivetrain components. It was also fitted with a rather optimistic
300-mph speedometer as well as an altimeter. For some reason it also has electric
door locks, quite irrelevant now!

NOTE: Thanks to Sarasota Café Racer Gary Savage, who shot the photos yesterday at the Festivals of Speed, St. Petersburg, FL.