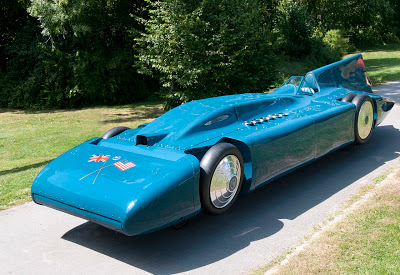 Sir Malcolm Campbell set a land speed record of 276.82 mph in the Bluebird V at Daytona Beach, FL, in February 1935. He then went on to become the first person to exceed 300 mph when he set a record of 301.129 mph in it at Bonneville in September.

This is only the second time in the vehicle’s history that Bluebird V has crossed the Atlantic from its home at the Daytona International Speedway to the UK, giving visitors to Beaulieu an incredibly rare opportunity to see this magnificent racing icon on display alongside other members of the Bluebird family in the museum. 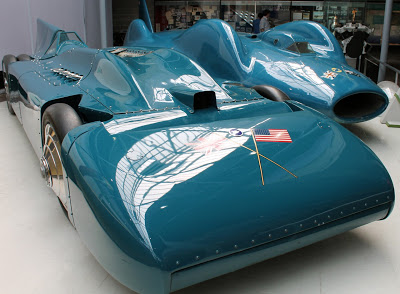 It joins the Bluebird CN7, driven by Sir Malcolm Campbell’s son, Donald, to a land speed record of 403.10 mph at Lake Eyre, Australia in 1964, and another of Sir Malcolm Campbell’s Land Speed Record Breakers, the 350-horsepower Sunbeam – which he renamed Bluebird and drove to two record speeds at Pendine Sands; 146.16 mph in 1924, and 150.766 mph in 1925. Visitors to Beaulieu can also see Major Henry Segrave’s 1,000-horsepower Sunbeam that he drove to a record-breaking 203.793 mph at Daytona Beach in 1927. 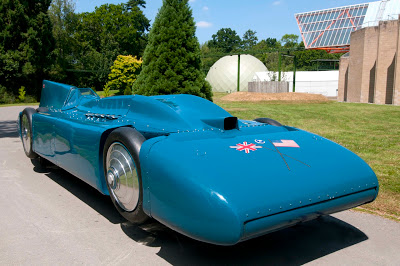 This incredible Bluebird display will only be on show for a few months, as the Bluebird V will be making its return journey across the Atlantic at the end of November. The Bluebirds can be seen as part of a visit to the whole Beaulieu attraction, which includes the National Motor Museum, BOND IN MOTION, World of Top Gear, Beaulieu Abbey, Palace House and gardens.