Skip to content
A Silver Salute to Lamborghini, celebrating a half-century of GT and Supercar production this year. 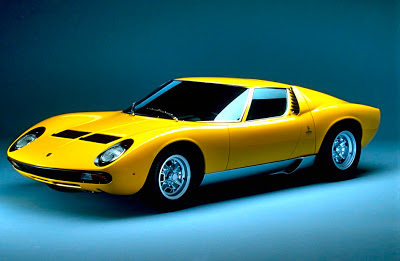 On May 7-11, 2013, more than 300 Lamborghinis from every period in the company’s history will travel 650 miles along the Italian peninsula as part of its 50th anniversary celebrations. On the first leg, Lamborghini owners from 29 countries will journey from Milan to Forte dei Marmi. Next, they will continue on to Rome, and finally return to Bologna on May 10. On May 11,
a Concours d’Elegance will be held in Piazza Maggiore in Bologna, and all participants will
then parade to Sant’Agata Bolognese, where Lamborghini 50th celebrations will
culminate in a festive gala dinner.

Very few cars managed to change the automobile world like the Miura S, total production of 338 between 1969-’71. With its mid-mounted V12 engine and stunning body designed by Marcello Gandini for Bertone, in 1966 Lamborghini redefined the concept of Supercar. Skeptical about the possibility of selling a large number, Ferruccio Lamborghini decided to produce Miuras on a small scale. Between 1966-’69, 275 Miuras with 350 horsepower engines were built and it was not until 1969 that its evolution was launched on the market, the 370 horsepower Miura S

Having become a legend with the Miura and Miura S models, in the spring of 1971 Ferruccio Lamborghini surprised the world with the new Supercar, Countach LP 500. Because the demand for the Miura was still high and preparations were still underway for the mass production of the Countach, they launched the SV (Super Veloce) model, with styling updates and a four-liter 385 horsepower engine with separate engine/gearbox lube systems.

Although it lacked the signature eyebrows over the headlamps, the SV stood out for its
new rear suspension, wider track and more powerful engine. Between 1971-’72,
Lamborghini built 150 SVs.