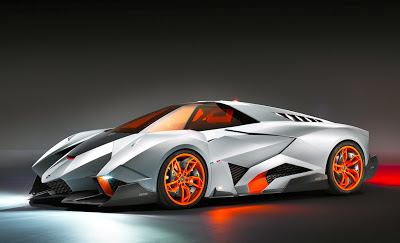 Lamborghinis have always been about screaming, “Look At Me.” Remember those lime-green Muiras? So if you’re Lamborghini, why not celebrate your 50th birthday with the ultimate “Look At Me” car. It’s called the Egoista.

You’re gazing, no doubt in awe, at arguably the craziest, wackiest, wildest and most self-indulgent Lamborghini ever. It’s said to be inspired by an Apache attack helicopter,
with a front end designed to resemble a snorting bull about to charge. Oh, and did
we mention it only has one seat? 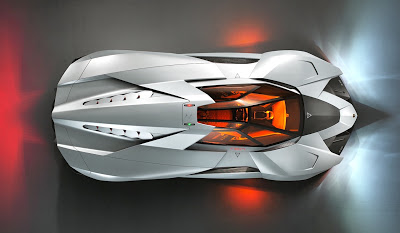 Don’t worry, Lambo has no plans to put it into production, or even sell it for a gazillion Riyals to the nearest Saudi prince. No, this is the Italian supercar maker’s birthday gift to itself, created no doubt, after way too much recreational substance abuse, by Volkswagen Group’s head of design, Walter De Silva.

But the Egoista is fantastic in the truest meaning of the world. Picture seeing it rolling down Rodeo Drive in L.A., or along the quayside in St. Tropez, or along Miami’s Ocean Boulevard. Your head would rotate so fast you’d risk suffering cranial whiplash! 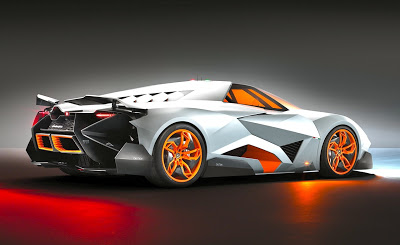 That crazy, contorted body is made from carbon fiber and aluminum and uses aeronautical-spec anti-radar surfaces, just like your average Stealth fighter. Hopefully it’ll help avoid cop
radar. There are no wings or spoilers; instead two rear flaps raise-up at high speed
to increase stability. 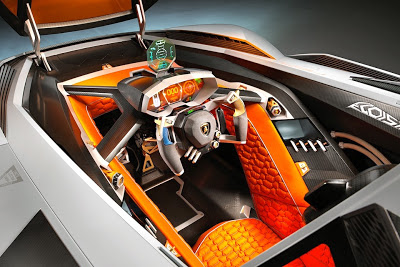 As Lamborghini admits, getting in and out of the Egoista is more like clambering into a fighter jet than a car. There’s no door. Instead the domed roof flips open Top Gun-style to reveal
the single-seat cockpit. 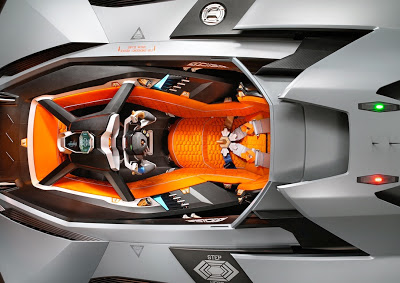 So, step carefully on the bodywork, avoiding the aircraft-style ‘no-walk’ zones, step on to the seat, remove the steering wheel and gently lower yourself down. It helps if you have the body-suppleness of Beyonce!

Powering this fighter jet on wheels is a 600 horsepower version of Lamborghini’s 5.2-liter V-10, the same one that motivates the Lambo Gallardo and Audi R8. The company isn’t quoting performance figures. No need; just look at the thing and you know it’ll be crazy-stupid fast. 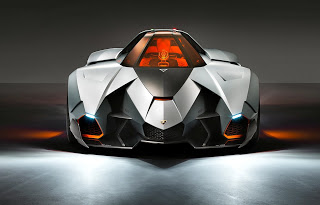 How does Mr. De Silva describe his wild creation? “It is designed purely for hyper-sophisticated people who want only the most extreme and special things in the world. It represents hedonism taken to the extreme. It is a car without compromises. In a word: Egoista, or selfish.”

So, all you hyper-sophisticates out there, admit it, you’d want one!

For information about Lamborghini vehicles you can buy, please visit
http://www.lamborghini.com/en/home/