KEN BLOCK’S AUDI S1 HOONITRON is featured as one of the principal performers in the long-awaited, smokin’ Electrikhana video. 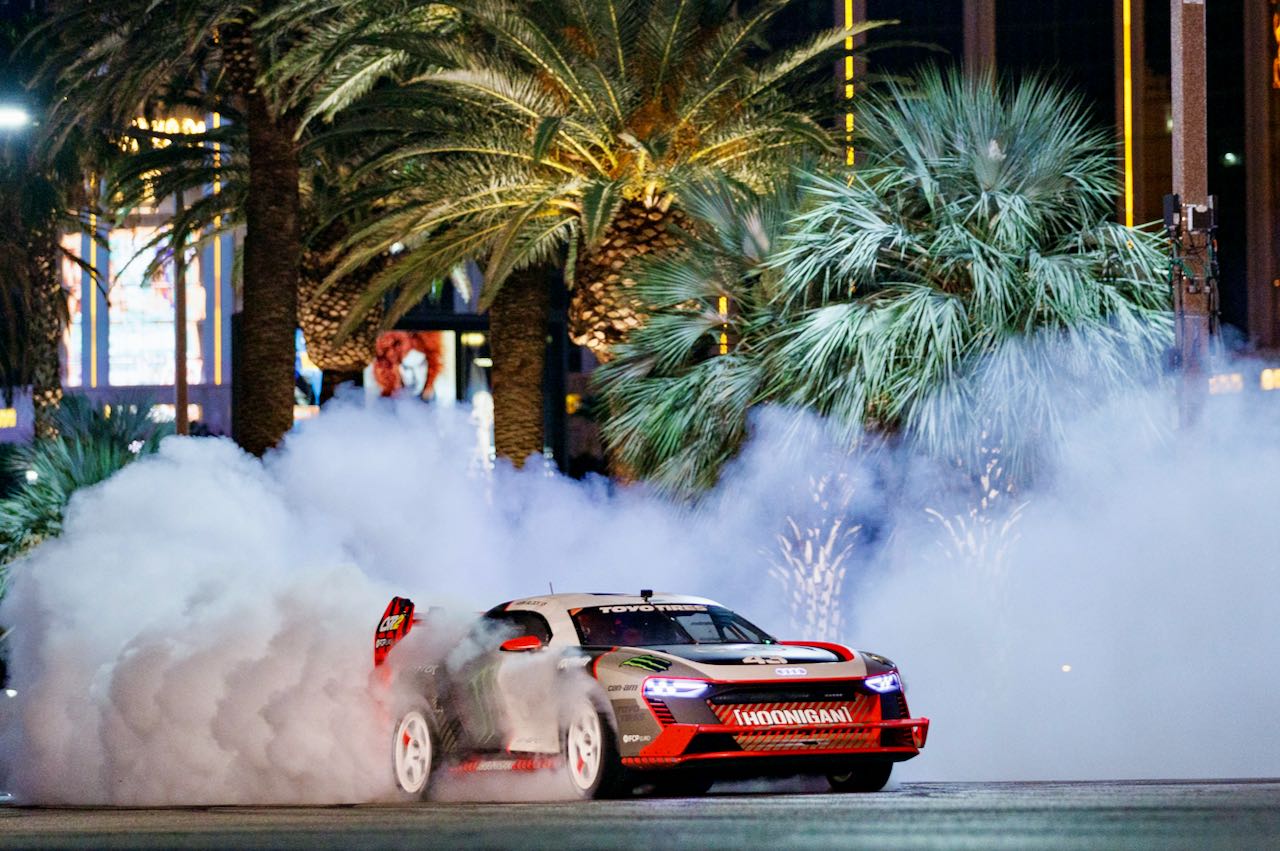 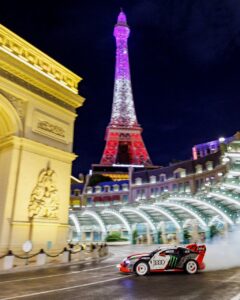 A Drift along the famous Eiffel Tower, a spectacular jump from the parking deck of a neighboring hotel, or donuts on the legendary strip in front of spectating Le Mans legend Tom Kristensen: It’s all in a day’s work for Ken Block. Developed and assembled at Audi Sport in Neckarsulm, the all-electric prototype styled by Audi Design is Block’s latest ride.

KEN BLOCK’S AUDI S1 HOONITRON, and other models from Audi Tradition’s collection of treasures splashed during the night-time film shoot in Las Vegas. The US star in the Audi S1 e-tron quattro Hoonitron electrified the gambler’s paradise in Nevada’s desert for several days. Now Ken Block has released  Electrikhana.

“With the S1 Hoonitron we broke entirely new ground at Audi,” says Oliver Hoffmann, Member of the Board for Technical Development at AUDI AG. “Developing a fully electric prototype for the unique requirements of our partner Ken Block was a big and exciting challenge to which the whole team rose with flying colors”. 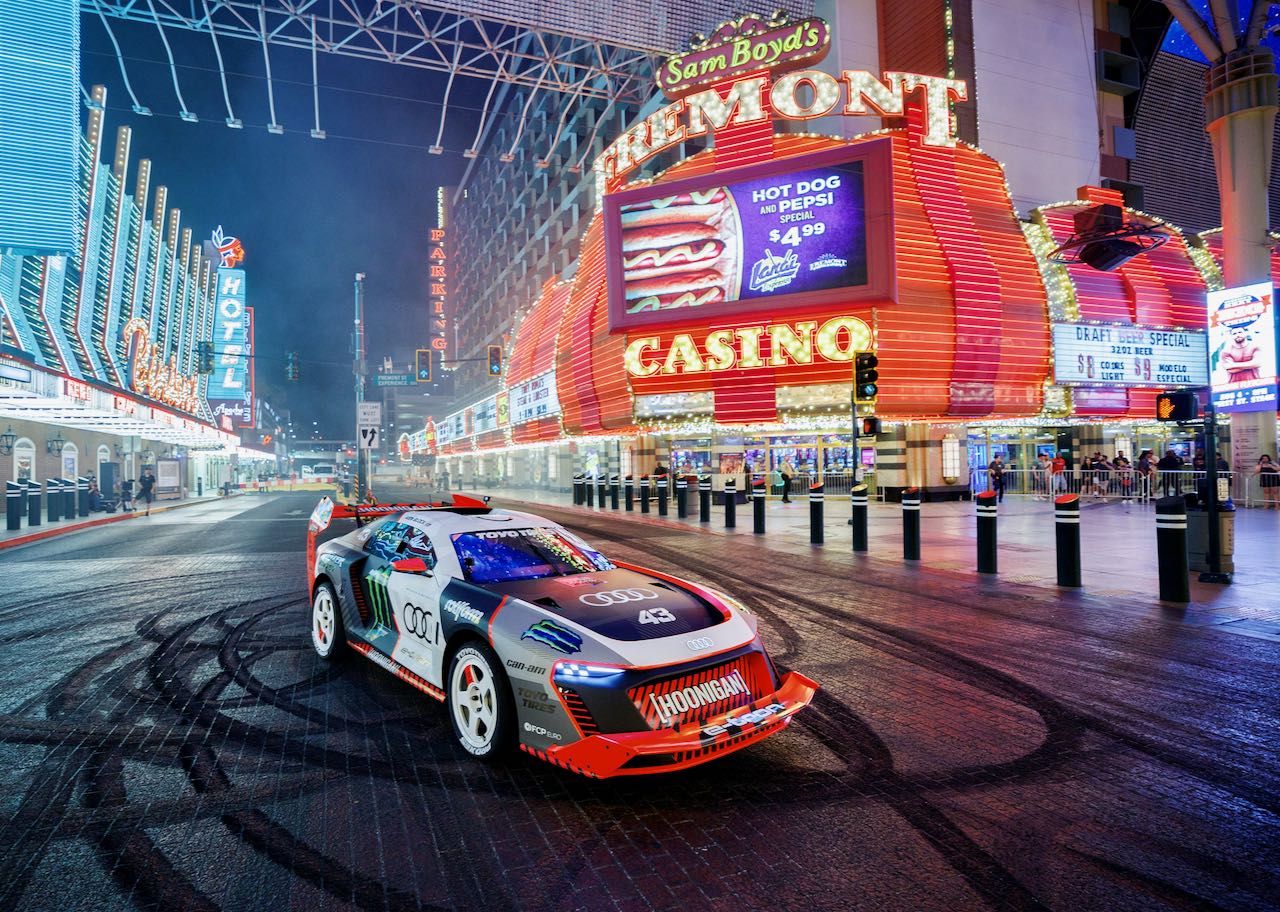 KEN BLOCK’S AUDI S1 HOONITRON has two electric motors, all-wheel-drive, power galore, a carbon fiber chassis, and fully complies with the safety standards of the FIA. Audi Sport developed it as a one-of-a-kind car exclusively for Ken Block. Its body shell, for which Audi Design led by Marc Lichte is responsible, immediately evokes memories of the legendary Audi Sport quattro S1 with which the four rings charged to the top in the famous Pikes Peak hill-climb race. Ken Block and his team engaged in close exchange with the Audi departments during the development of the vehicle.

Alongside the S1 Hoonitron, the Electrikhana film features brief guest appearances by other models from Audi Tradition, such as the Audi 90 IMSA GTO (1989), the Audi 200 Trans Am (1988), the Audi Sport quattro S1 Pikes Peak (1987), the Audi quattro Gruppe B A2 (1984) as well as the Audi R8 LMP and Audi R18 e-tron quattro from Le Mans. Apropos Le Mans: Tom Kristensen, the record winner of the iconic endurance race with nine triumphs under his belt, also makes a brief guest appearance at a red traffic light.