Go find yourself a Kart track this weekend. No, it’s not “real” racing, but for millions of Americans it’s the only first-hand motorsports experience they’ll ever have. And that’s surely better than the alternative, blogs Stephen Cox.

I started late. I didn’t drive in my first professional auto race until age 21. Before that, I was addicted to Go Kart racing. No, not the World Karting Association or the National Karting Alliance. I’d never heard of them.

My Karting career began by paying five dollars for ten minutes of track time. They were 5-horsepower, 25-mph “fun Karts” at tiny, tourist-driven venues during our family vacations. We stopped at Go Kart tracks from Virginia to Utah. Any track, any time. It wasn’t real racing, but it was the only racing I had. 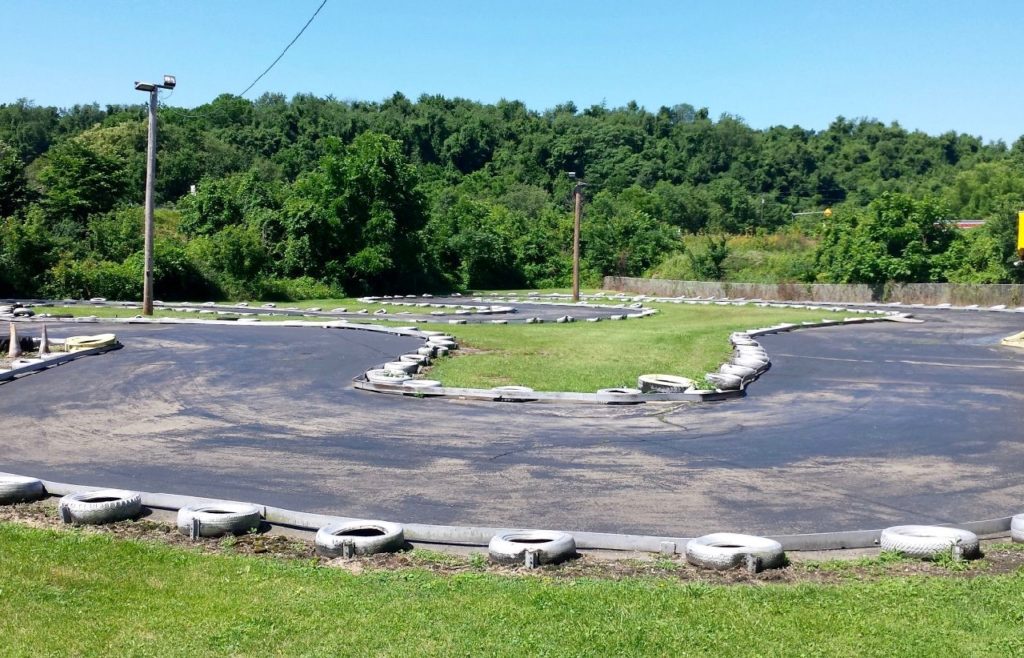 The tracks were minuscule. The Karts were poky rent-a-wrecks. Sometimes they didn’t even require a helmet. My first races were on tracks like the Salty Dog Grand Prix against other vacationing kids, most of whom never realized they were locked in bitter competition with a teenager and his visions of grandeur. 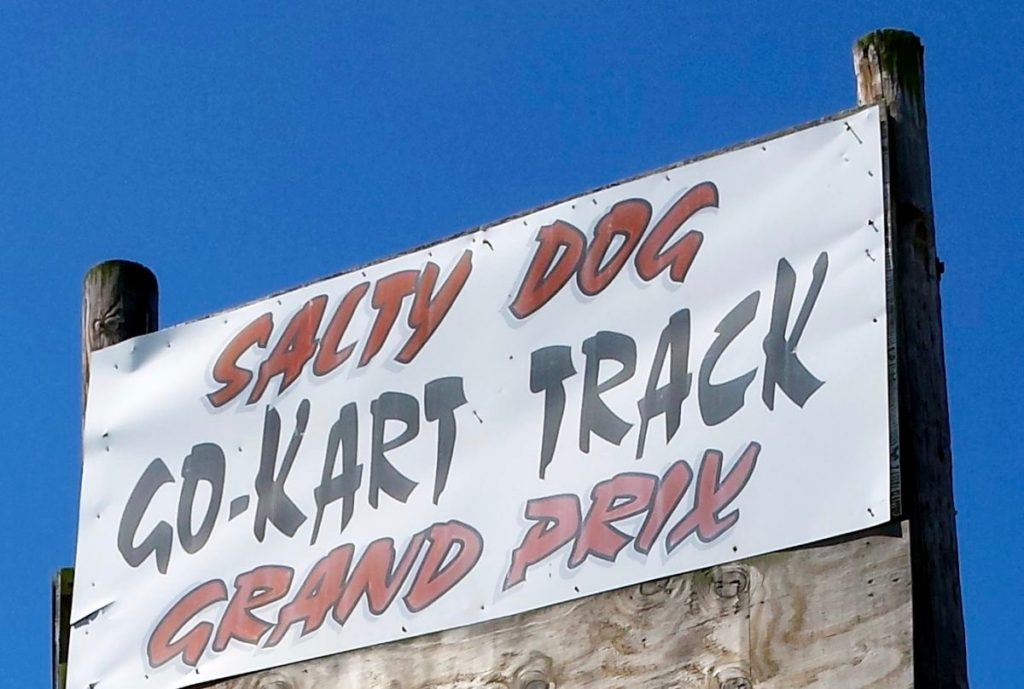 Several days ago, while returning from my entirely unsuccessful run in the Super Cup Stock Car Series American Racer Twin 50’s at Jennerstown Speedway, I stumbled across what appeared to be an abandoned rental Kart track. The sign said it was “The Salty Dog Grand Prix” of Mt. Pleasant, PA. I parked the Sopwith Motorsports Television Productions van and started walking. The track was closed but the gate was open.

It had apparently been closed since 2015, though information has been hard to come by. The property was well kept but a sign in front of the track advertised Karts for sale, which means they probably have no intention of re-opening soon, if at all. 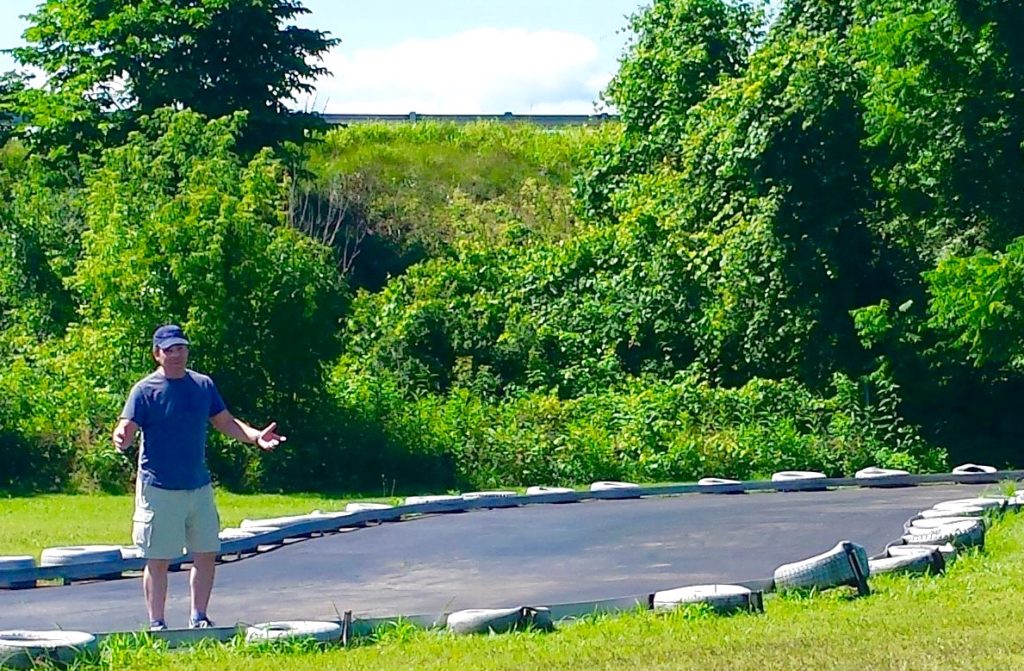 Maybe it’s just me, but I believe that little Go Kart tracks like the Salty Dog are perhaps the canary in the coal mine for American auto racing. I’ve made it clear many times why I believe the average age of race fans continues to get older and older. Kids are losing interest in automobiles, and those who don’t care about cars will never pay to see anyone race them. Until the automobile is again viewed as a teenage ticket to mischief, personal liberty, speed and late-night fun, interest in cars will continue to decline and the snowball effect on motorsports is inevitable. 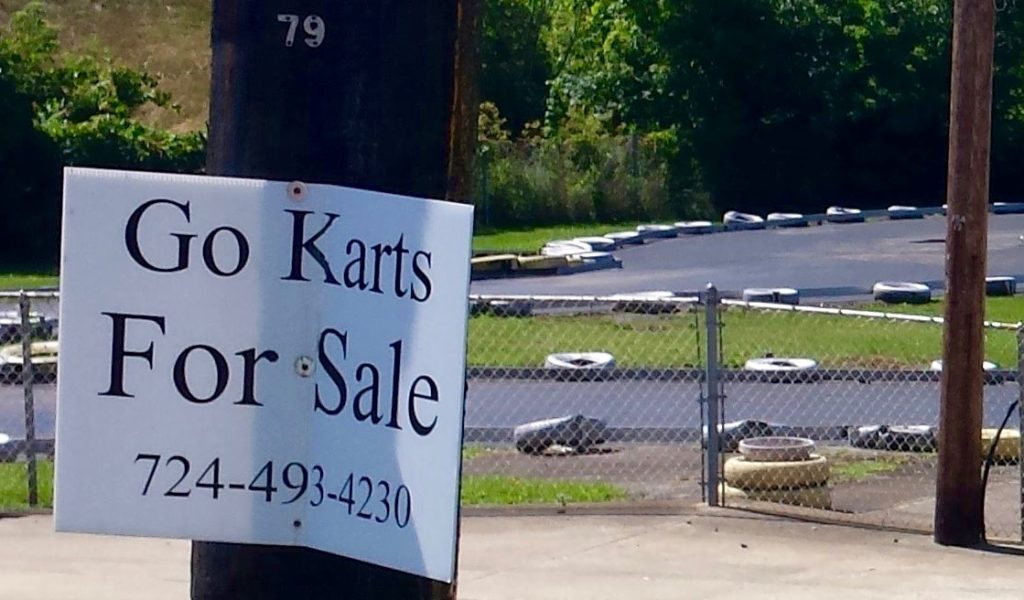 I hope the property can re-open because it’s tough to see time move on from places like the Salty Dog Grand Prix. The asphalt is still good. The tire barriers are solid. The pit area and outbuildings are nicely maintained.

Yet people just don’t flock to these venues as they once did. The world is too full of I-gadgets and screens and distractions. And lame superhero movies.

And cheap milk shakes masquerading as status-symbol coffee drinks. And discredited evening news programs that claim everything else is fake. And social media that’s not. The more hear from Bruno Mars, the better I like the smell of gasoline! 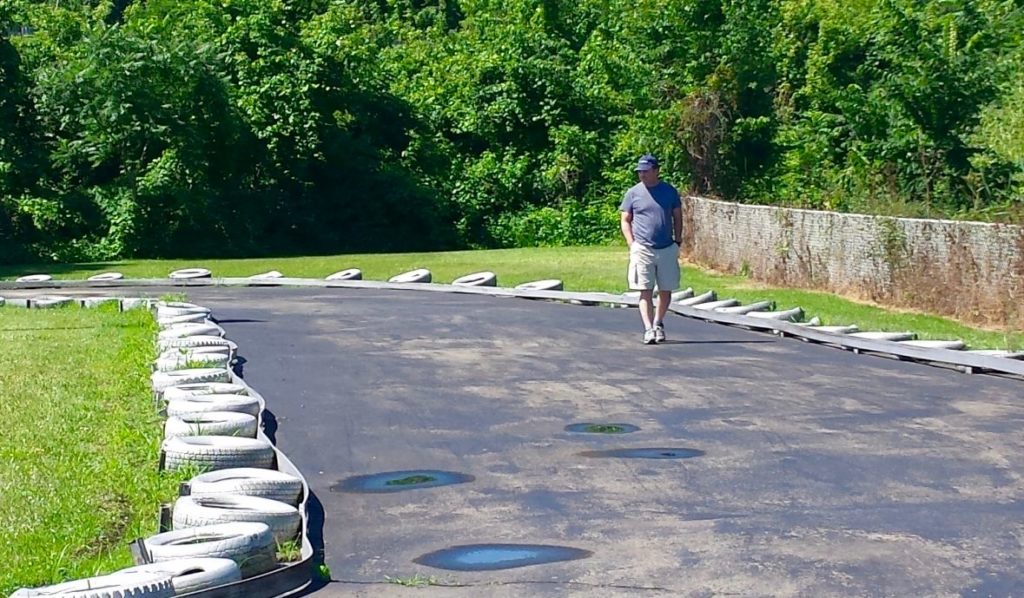 Long before I landed my first sponsor or won my first race, I looked forward to the simple purity of racing a cheap Go Kart on “tourist” tracks. No qualifying. No mandatory autograph sessions. No drivers meetings. Go Kart racing was all fun and no pressure.