Skip to content
The Vintage Racers Group (VRG) takes over Summit Point Raceway with their latest rendition of the Jefferson 500. Our Mike Matune was trackside. 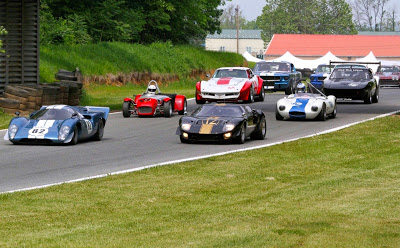 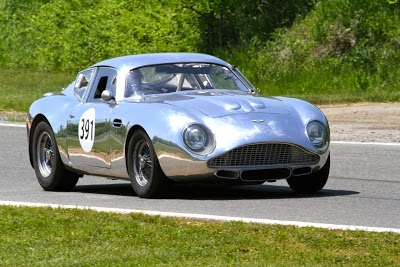 Racers and spectators were treated to five days of driver schools, practice, qualifying and, of course, racing.  Here the Cunningham Cup cars, top, are caught coming under the bridge with Hobart Buppert’s Chevy-powered Lola and Michael Zappa’s Ford-powered Superformance GT40 racer at the head of the grid. Behind them comes a field chock full of all manner of noise, horsepower and speed. Herb Wetanson’s Aston Martin DB4, above, has been re-bodied with a shell paying homage to the great Zagato-bodied racers of the 1960s. The body is presented in raw, polished aluminum to show off its lines and workmanship required to create it. 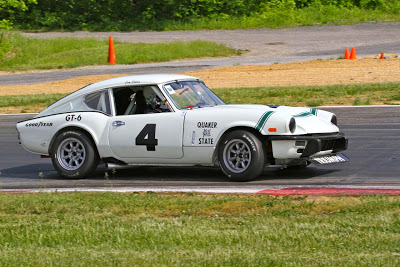 It is hard to dispute the contribution Bob Tullius, Brian Fuerstenau and Lanky Foushee, collectively Group 44, made to the Triumph marque specifically and the sport in general. We were reminded of that by Jim Dolan’s 1972 GT6. For a couple of years in the early 1970s this car cut a wide swath through the D/Production SCCA wars, compiling a surprising record. After its Group 44 days it continued its competitive life with the SCCA and ventured into IMSA in the GTU category. It has since been the subject of a couple of restorations, but remains a track-ready racecar. 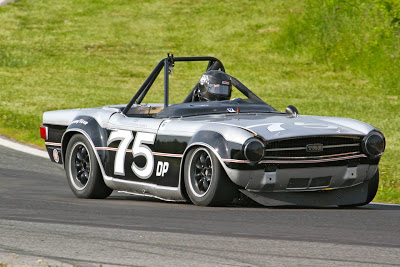 Sam Halkias’ TR6 pays tribute to actor/racer Paul Newman’s victories at the SCCA Runoffs in a similarly liveried car.  Newman’s exploits as a racer are told in the Matt Stone/Preston Lerner book Winning and in the new film, Winning: The Racing Life of Paul Newman. 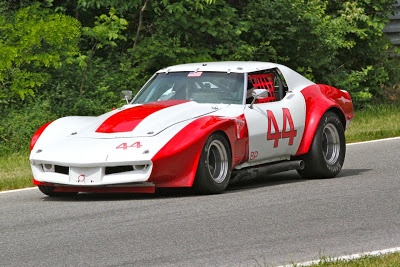 But there was more to see than just Triumphs at the Jefferson 500. Here, setting up for Turn 10, we have Charles Powell’s ‘72 Corvette. This was a family affair and they are proud of their efforts at fielding the car. It has been a racecar, primarily in the Midwest, since the mid-1980s. The Powells keep the car as close as possible to its period racing preparation level with allowances for safety concerns. 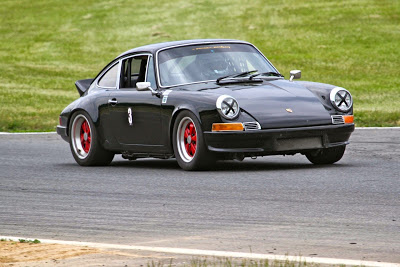 In talking with the owner of this ‘87 Porsche 911, the word “evolution” came to mind. The car has evolved and been “back-dated” to give it the flavor of a ‘73 RS. Over the years, the bolt-in rollbar gave way to a larger weld-in piece and finally a full cage. 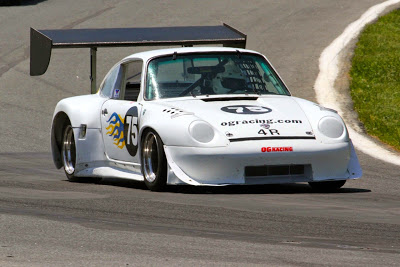 If the Wright Brothers’ original airplane had the lift equivalent to the downforce the wing on the back of Dave Coleman’s Porsche provides, the first flight would have likely been a lot longer!  Racing is full of compromises and I’m sure a wing this size presents a drag penalty that counters its downforce. 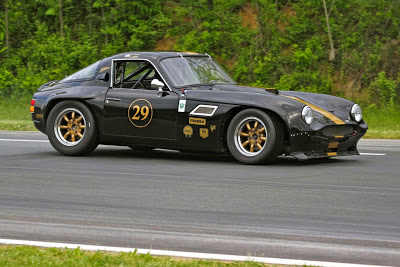 After traversing Summit Point’s long front straight, cars must brake hard into Turns 1 & 2 which combine to change a car’s direction 180 degrees. Christopher Zappa is doing just that in his TVR Tuscan which features a race-prepared Ford Essex V6 powerplant. All of the Zappa team cars are prepared to a very high standard as illustrated by Christopher’s mount. 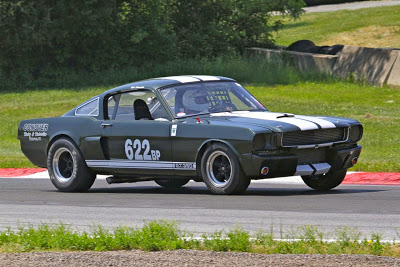 Nick Giampetro’s Mustang reminded me that we are celebrating the 50th anniversary of Shelby’s GT350. Today valuable GT350s are popular entries in vintage events around the world. Later this Summer, the Rolex Monterey Motorsports Reunion will honor the GT350 as its featured marque. 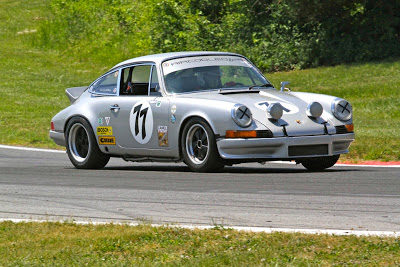 Derek Sweger’s ‘71 Porsche 911 proves that street-driven racecars still exist. Heralding back to bygone days, it features a roll bar and a larger, but still streetable, engine. On the outside he has picked up styling cues from the RSR and included markings from the same era such as the Camel GT logo on the door. 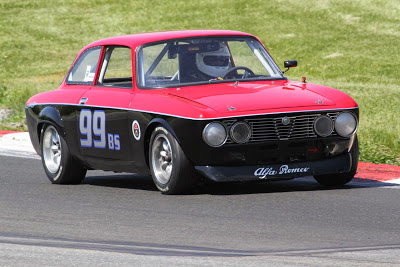 Vince Vaccaro has campaigned his Alfa GTV for about four years. Built on the West Coast in 1980, it is the handiwork of a builder best known for street rods, which probably accounts for the high level of fit and finish as well as the graphics. The car’s performance matches its appearance as Vaccaro finished second in the IMSA RS/SCCA 2.5 Challenge race. 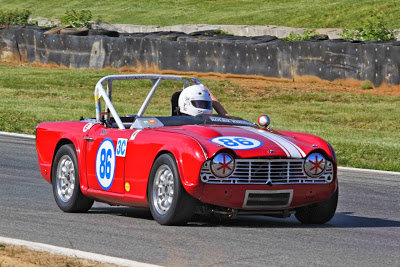 This year’s Jefferson 500 had the additional distinction of hosting the Kastner Cup for Triumph cars. Named for R. W. “Kas” Kastner, it drew a cross-section of the British marque. Kas has had a long and storied automotive career, but it is his efforts in Triumph’s U.S. Competition Department and his authorship of manuals on how to prepare racing Triumphs that endears him to Triumph aficionados. Each year one car is selected as the Kastner Cup winner based on its competition success over the weekend, the car’s presentation and the driver/team’s “attitude & interest in vintage racing”. This year’s winner was Mark Wheatley in his TR4; our congratulations go out to him.