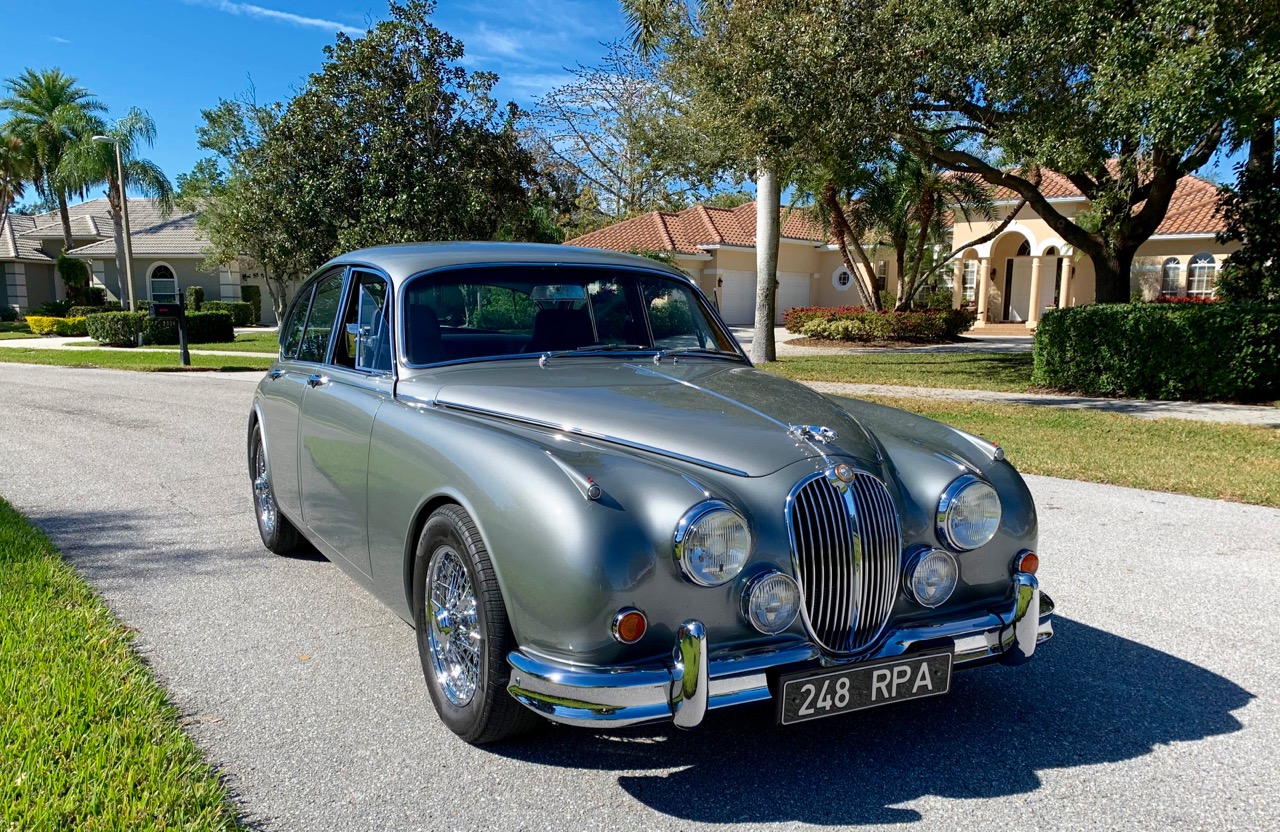 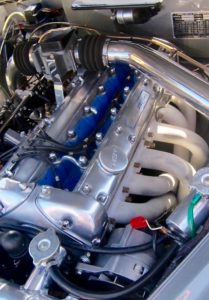 When it comes to Carguy cred, David Porter checks off all the boxes: car collector, racer, concours competitor and exotic and sports car owner. However, David is really passionate about racing and especially so about his Peugeot V-12 908 HDi Le Mans veteran. On the road however, his new favorite ride is a highly modified, stock-looking ’61 Jaguar MK II sports sedan. Unlike the mid-sized production sedans built between 1959 and 1967 and powered by 2.4, 3.4 and 3.8 twin-cam, carbureted six-cylinder engines, David’s JAGUAR: MK II 4.2 RESTO-MOD has a “modern” fuel-injected 4.2 from a Series III XJ6 sedan stuffed under its bonnet.

Sarasota Cafe Racer and consummate Carguy David Porter races this Le Mans-winning Peugeot V-12 908 HDi, below, the only Diesel Prototype currently racing in the U.S. It had placed 5th at Le Mans and recently won the major Daytona and Sebring Historic Sportscar Racing (HSR) events. He also competes in a Lotus-Cortina. 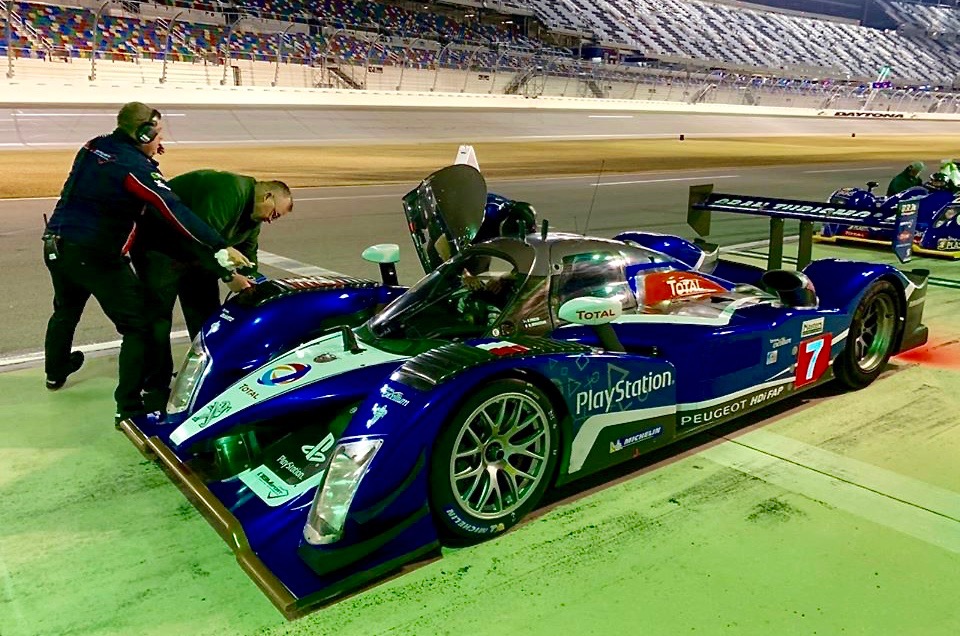 Paul Gaston, a Greenwich CT resident and one time owner of the Boston Celtics, bought the car in 2001. He had the car shipped to J.D Classics in the UK to be upgraded and fully restored. At the end of 2018, J.D Classics was put into “Administration” and taken over by Woodham Mortimer. It continues as a high-end restoration, racing and sales complex, specializing in Jaguars and other exotics. 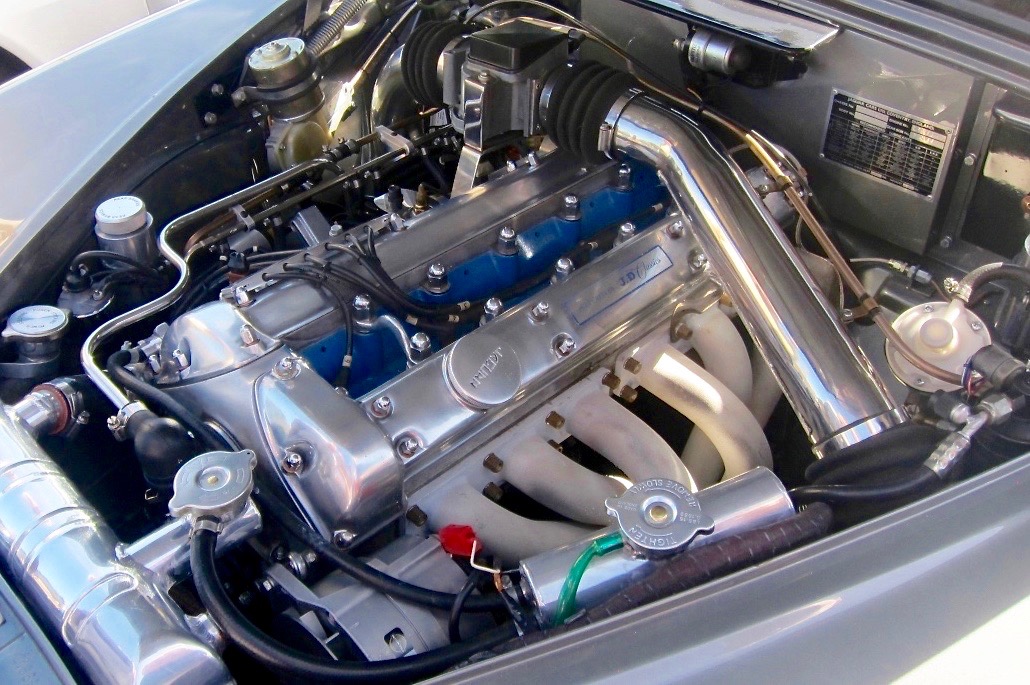 A complete frame-off restoration was undertaken in 2002/2003. In addition to carrying out a very high quality restoration, it was extensively modified to bring its performance, ride and handling and comfort and convenience up to modern luxury car and sport sedan standards. Its stock engine was replaced with a 4.2 fuel-injected DOHC powerplant from a Series III XJ6 and fitted with high-performance camshafts, electronic ignition, alternator, tuned headers and a stainless steel exhaust system. A popular smooth-shifting TREMEC five-speed replaces the production automatic transmission.

On August 29th, 2003, the restored and upgraded Jaguar was flown back to its owner in the U.S. Unfortunately during the restoration; some upgrades were not executed in a quality manner. For example, the front coil-over suspension placed the entire weight of the car on four rubber bushings, which only lasted about 300 miles. Once the bushings destroyed themselves, loud crashing noises could be heard! As a result of the front suspension problems and a few other more minor issues, Paul Gaston ended up putting just 2,000 miles on the car in 14 years. As far as David Porter was able to ascertain, all were put on in 2003/4/5. 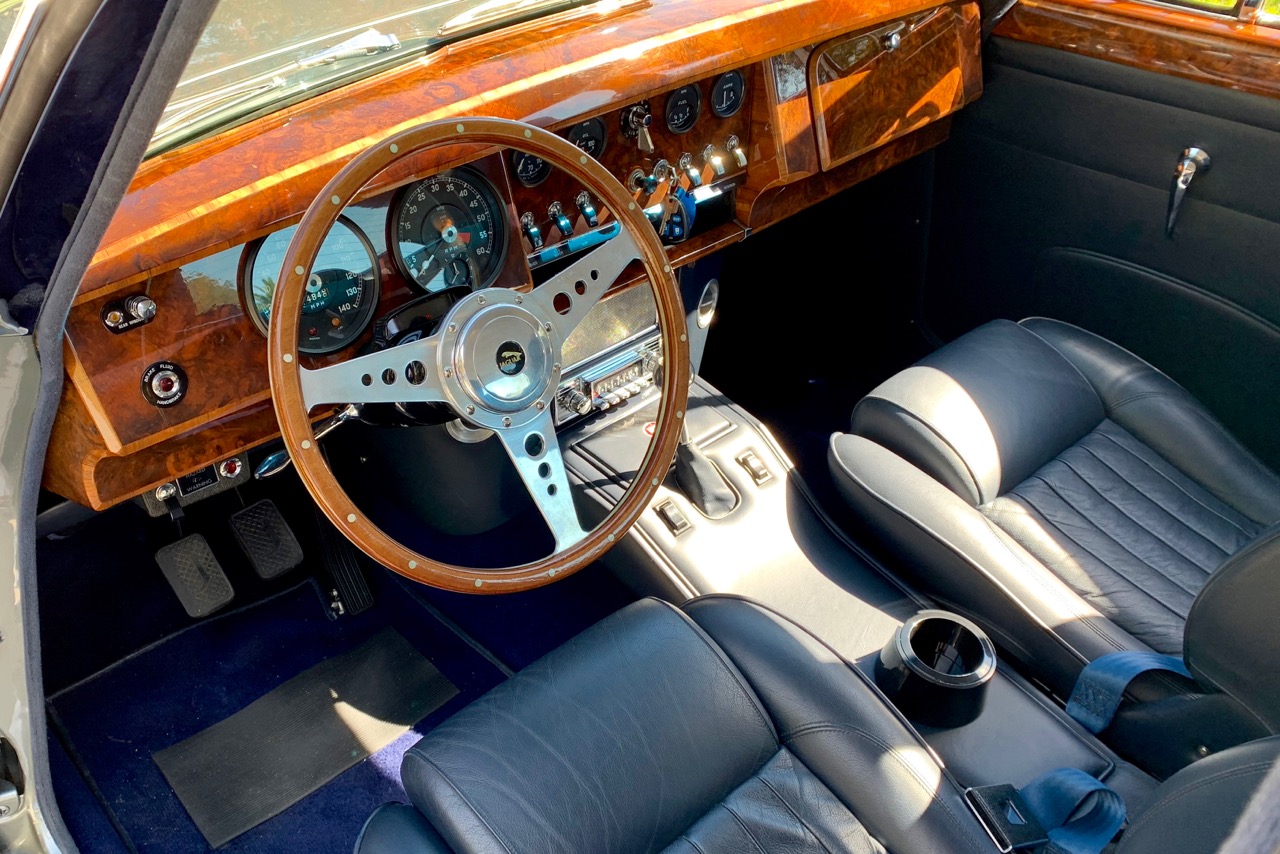 In early 2017 David saw the car for sale at a local Fairfield County CT Porsche specialist; he started the negotiation process. Unfortunately they were not able to come to terms. In May 2017, after the Porsche specialist had failed to sell the car, it was moved to Automotive Restorations, a specialty facility in Stratford CT, https://www.automotiverestorations.com/ and, according to David, “The day it arrived I was on their doorstep with my checkbook.” As the car had been sitting for years, Automotive Restorations most likely knew the car would need a lot of work to get it ready for sale. As a result he was able to cut a deal to buy the car pretty much as it sat.

The long period of inactivity did result in a lot of work being needed to get the car fully road worthy. In 2018 Dean Cusano of Motorcars Inc. in Plainville CT, https://www.motorcarsinc.com/re-engineered the front suspension. It now uses late-model Jaguar XJR springs and rides on the springs as it should, but still uses the excellent Penske adjustable shocks originally fitted, front and rear. The brakes are modified Series III Jaguar E-Type with AP Racing four-pot front calipers, insuring modern sports car stopping power. 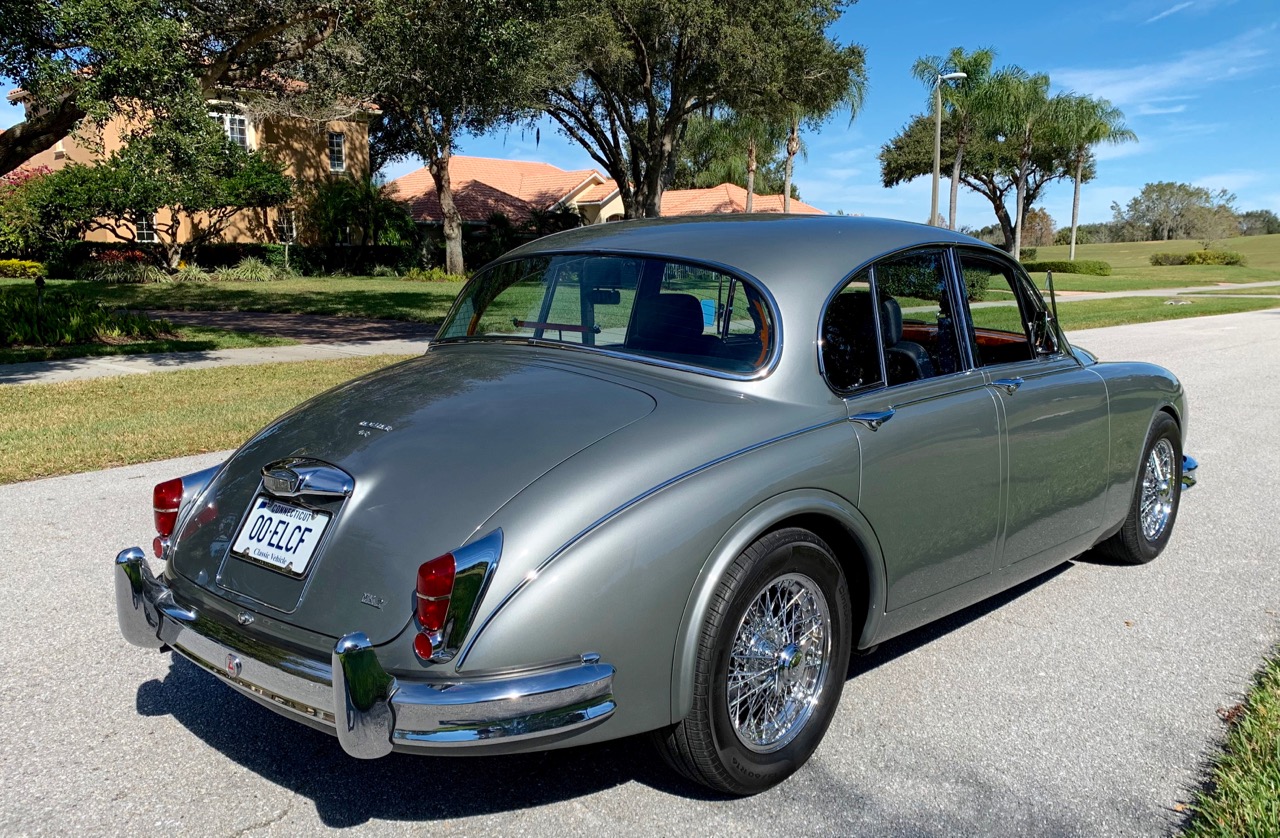 According to David Porter, “It drives very much like a modern car and is certainly able to keep up with traffic thanks to its estimated 250-plus horsepower. Handling and ride are exceptional, and it is one of the best sounding cars I have driven.” 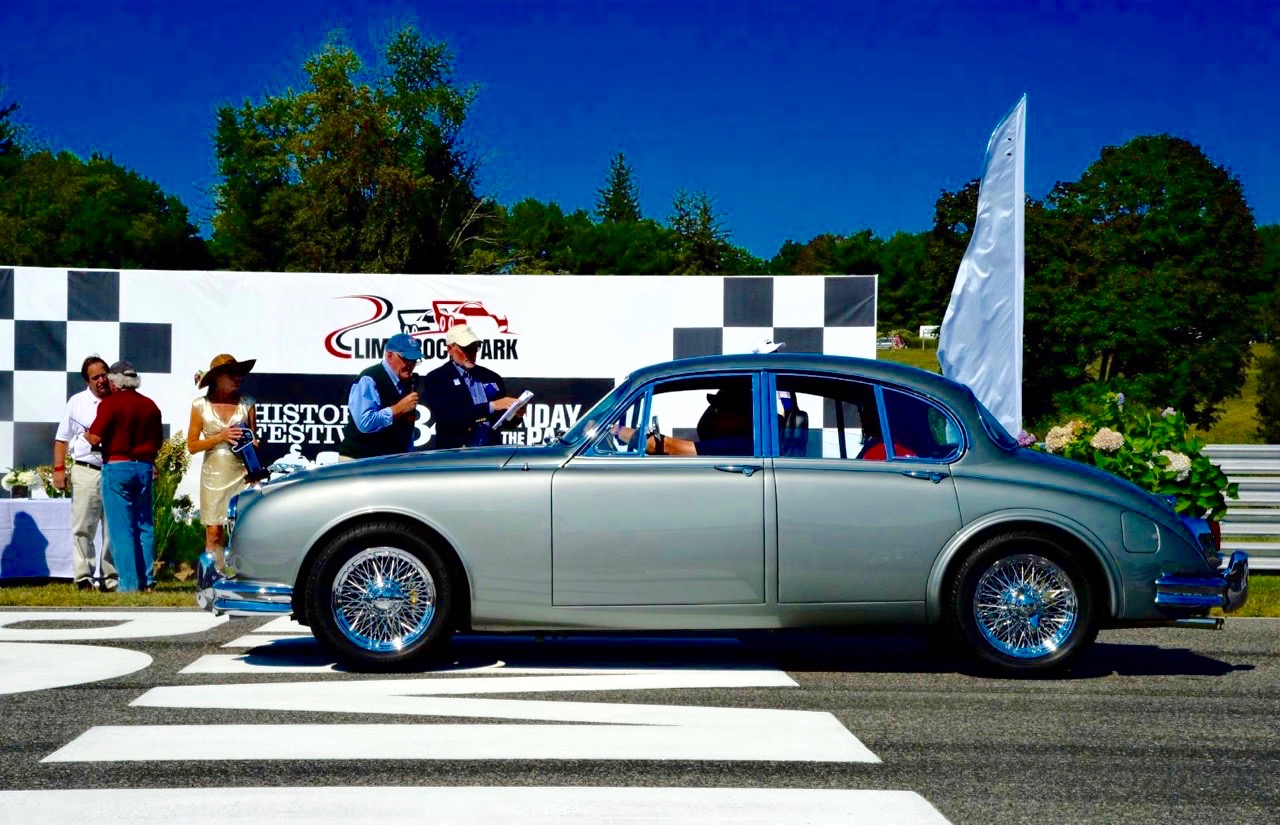 It’s obvious that the cosmetic portion of the J.D Classics restoration was done to a very high standard. After some 18 years, the Jaguar Opalescent Silver Grey paint is almost flawless and the wood trim still concours-quality. In 2017 David’s JAGUAR: MK II 4.2 RESTO-MOD won its class at the Lime Rock (CT) Concours. Photo: Ed Hyman, http://www.gullwingsearch.com/erhcrh2.cfm