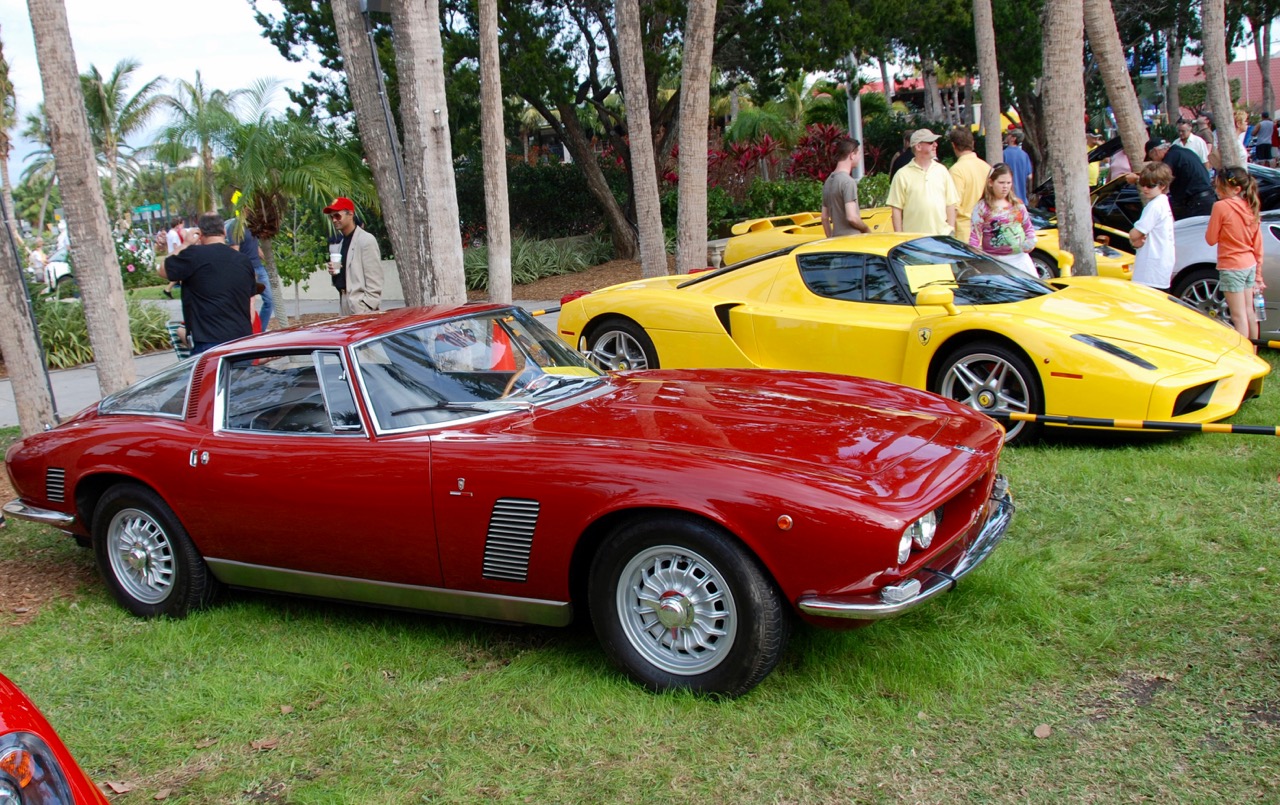 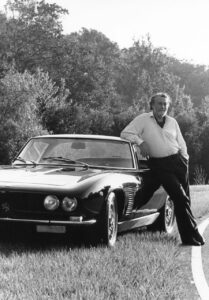 In the late-1960s, I had a torrid love affair with a red, hot and sensuous Italian. Her name was Iso Grifo and she was born into the Rivolta family in 1967 in Milano. Handcrafted and steel-bodied, the Grifo delivered Corvette performance along with European luxury, ride, handling and stopping, plus drop-dead Italian styling. Our love affair lasted more than 45 years, selling my red Iso Grifo, above, I bought new – #047 – so I could experience a Ford GT, the “affordable” version of a vintage GT40!

In the early-1960s, Milanese industrialist Renzo Rivolta and son, Piero, left, with his Grifo, pioneered the building and worldwide marketing of American V8-engined two and four-place Grand Touring cars that set new standards for luxury, performance and reliability. The ISO GRIFO: CORVETTE POWER; ITALIAN SUIT! was a Ferrari and Maserati competitor and the highest profile model in the Rivolta portfolio.

If it were not for being a Grifo owner for so many years, I probably would have never met Piero Rivolta and his lovely family in Sarasota, FL, and went on to handling media relations for his automotive and marine ventures. The end result: My wife and I later moved to Sarasota! 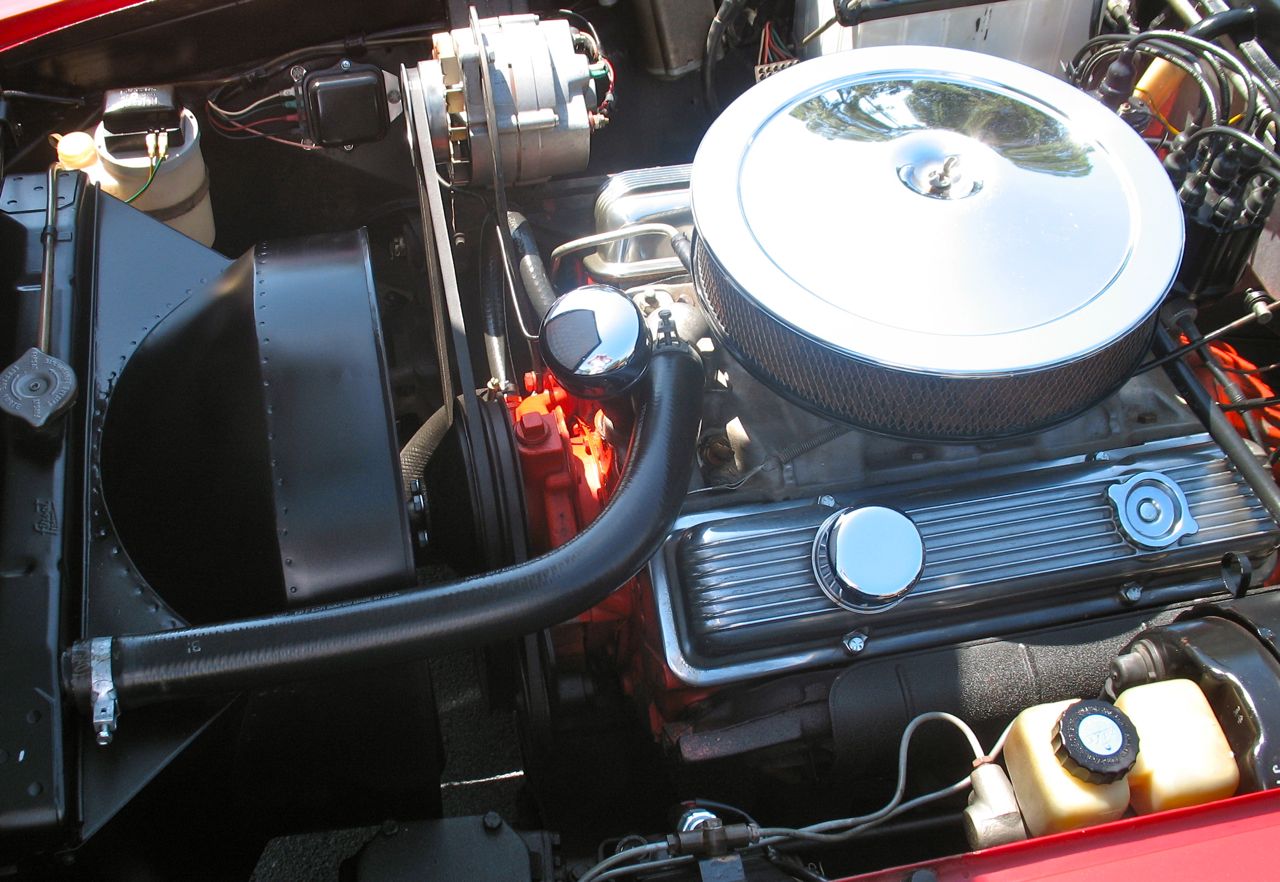 By the early 1960s, Chevrolet’s small-block V8 engine, introduced in the ‘55 Corvette, had already established a reputation for power and dependability in a relatively lightweight and compact package. The attractiveness of the Corvette V8 caught the attention of Italian industrialist Renzo Rivolta, who believed it would make the ideal powerplant for his new two-seat sports car, the Iso Grifo. With a body designed by Giorgetto Giugiaro at Bertone on a chassis engineered by Giotto Bizzarrini and powered by a Corvette V8 engine, the Iso Grifo became one of the most scintillating sports cars Italy had to offer.

O.K. Corvette trivia fans, it’s time for a pop quiz: What do a space heater, a refrigerator, the Isetta microcar, and a motor scooter have in common with the Iso Grifo? Time’s up pencils down, please. The answer – all were made by the same Italian company, Iso Autoveicoli S.p.A, founded by Renzo Rivolta.

Signore Rivolta bought Isothermos, a small company that manufactured space heaters and refrigerators in 1939 shortly before the outbreak of World War II. Following the war, as the European economy slowly recovered, Mr. Rivolta’s company became Iso Autoveicoli S.p.A and expanded into the design and manufacture of motor scooters, small motorcycles, and eventually into small cars, such as the Isetta microcar. The Isetta proved to be a hit not only in Italy but around the world. Iso licensed Isetta production to several other European and South American companies and the worldwide demand for the small economical car proved to be a financial boon for Mr. Rivolta and Iso.