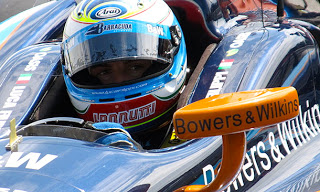 Perhaps I’m the lone voice in the wilderness on this, but I was very impressed with Luca Filippi’s IndyCar debut at Mid-Ohio last week. He was fantastic in qualifying. Had he not been penalized, Filippi could have had a starting spot in the first three rows; been a genuine threat on race day.

He ran a conservative, nearly mistake-free race and moved from dead last to as high as 11th during the event. Nearly all of his passes were in anger since only one car retired from the race and there were no caution periods. But what really makes Filippi special is his experience. He’s 27 years old and has been racing full-sized automobiles for a decade (karting not included). He has more than 200 starts in major full-sized open-wheel machines all over the world!
This is in stark contrast to the American open-wheel landscape. One current driver in a major feeder series had run a grand total of only 16 auto races in his life prior to his first series start. Another driver in the same series had only 31 lifetime starts in full-sized cars before landing his current ride. Another had only 39. These are the kids being offered as candidates to fill IndyCar and road racing seats. Many of them are very talented, so it’s not that they’re bad drivers or average drivers or great drivers. The point is that they’re barely drivers at all. 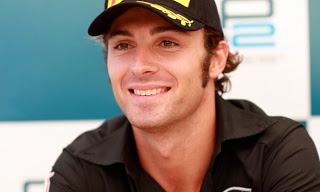 Not so with Luca Filippi. He has paid his dues, including some difficult and unsuccessful
early days in GP2.

“In Europe on most race weekends we have a double or triple race,” Filippi told me by phone from Italy on Thursday. “So this is what is bringing the number higher. I think that’s actually a good idea because you have more than one chance to prove your abilities and maybe set up the car and learn the circuit and bring some good results home as well.
I believe it’s something that helps. In all the series I raced, we always had at least
two races per weekend.”

Filippi doesn’t have enough sponsorship to land a ride, and he openly admitted it. So if he gets a full time IndyCar seat, he’ll have to land one of the few paid seats in the series – a virtual impossibility for a newcomer – or drum up the money somewhere. In other words, he’ll have to work for it. “You have to prove yourself every single day,” he continued. “What you’ve done sometimes doesn’t count anymore because once you jump into a new car you’re just writing on a (blank) piece of paper. Every time is like a new day.”

“My goal is to have a full time ride in IndyCar. That would be a dream for me. What I really hope for the future is to have more chances to score good results in order to get a full time seat.” 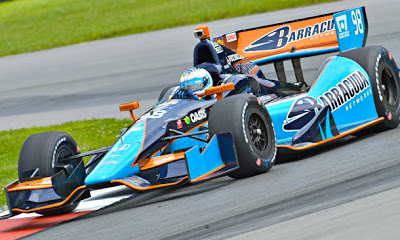 I asked Filippi for specifics on exactly how he intended to accomplish that.

“The very first tactic was to get a chance to race in IndyCar or a test. In this case it was a great chance that I had that a team like Barracuda Racing gave me a chance. It was for sure a big surprise for me. Looking back at the weekend I can be very happy from a certain point of view. At least I proved that I was competitive. I’m still a bit upset with myself over a mistake I made in qualifying because if we’d had a much better starting position it would have been a completely different weekend. But maybe I prefer a weekend like that to a weekend staying in an average position and not maybe performing as well.”

Okay, that seemed like a pretty honest answer, but he still sounded like a man without a plan. So I figured I would just be blunt. “Look, if you don’t have sponsorship, exactly what is your plan? Are you just going to ring the phone off the hook with owners every time a seat comes open or do you expect something to happen again with Barracuda?”

“I hope so. I really hope so,” Filippi said of a future possibility with Barracuda Racing. “With them I had a great feeling. I really felt at home with all the guys, with the engineers, with Bryan (Herta). To give me a chance, it was a little bit of a risk because it was my first American experience. They believed in me and I’m very thankful.”

Luca Filippi’s relatively vast experience level raises the bar for his counterpart hopefuls in the American open-wheel feeder system. Bryan Herta brought the Italian to Mid-Ohio despite the fact that there was no guaranteed pile of cash waiting, which speaks highly for the team. Clearly, Barracuda Racing was looking deeper into the pool of experienced drivers. If this precipitates a move toward experienced professionals who are well spoken, seasoned, and fast, then drivers like Luca Filippi might have a bright future in IndyCar.