Skip to content
The Historic Vehicle Association will be showcasing a ’32 Ford hot rod, ’51 Mercury custom and a ’64 Chevy lowrider on April 12 to May 4 at the National Mall in Washington, D.C. 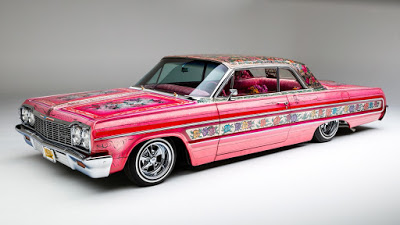 The vehicles will be exhibited in the HVA “glass case” on the walkway between the Smithsonian National Air & Space Museum and National Gallery of Art. The vehicles are privately owned and are being commemorated and recorded as part of the HVA National Historic Vehicle Register in partnership with the U.S. Department of the Interior’s Historic American Engineering Record (HAER) to be permanently archived in the U.S. Library of Congress.

Dubbed Gypsy Rose, it’s a beautifully painted ‘64 Chevrolet Impala lowrider designed to go “low and slow” when it cruised East LA in the 1970s. It was known as one of the most extravagantly painted lowriders of the period and was featured in the opening of the 1970s sitcom, Chico and the Man.  Gypsy Rose was featured on the cover of LOWRIDER Magazine in 1980. It will be on display from April 12-19. 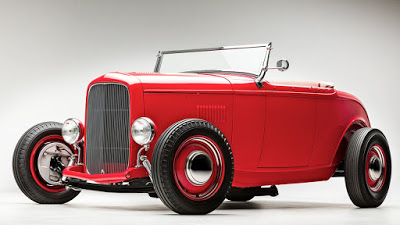 The ’32 Ford V8 McGee Roadster was built by Bob McGee, a returning veteran who attended and played football for the University of Southern California. McGee raced the car on the California dry lakes and used it to promote hot rod safety. The iconic Deuce roadster was featured on the cover of Hot Rod Magazine in 1948. It will be on display from April 20-26. 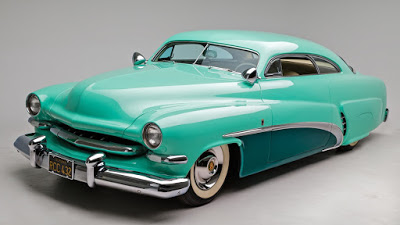 Best known as the Hirohata Merc, it’s a ‘51 Mercury coupe that was originally purchased by Bob Hirohata and extensively customized by master craftsmen, Sam and George Barris at their shop in Lynwood, California in 1952.  It was striped by Von Dutch and featured modified design elements from Buick, Cadillac, Chevrolet, Ford, and Lincoln. Under Hirohata’s ownership it was driven cross-country from LA to Indianapolis and Detroit and back. The Merc collected over 150 trophies during the first several years it was shown. It will be on display from April 27-May 4.

“The HVA’s objective is to share America’s automotive heritage with the American people,” said Mark Gessler, President of the Historic Vehicle Association. “The three cars being recognized on the National Mall represent a uniquely American story of the talented builders who modified production cars for speed and style. These three examples represent true national treasures of the early days of the hot rod, custom and lowrider movements. It is their first time in Washington, DC.”

The HVA expect hot rods, custom cars and lowriders to descend on the nation’s capital during the exhibition. This three-week 2017 exhibition expands upon the two-week 2016 HVA Cars at the Capital exhibition that featured President Taft’s 1909 White Steam Car and President Reagan’s ‘62 Willys Jeep CJ-6.

The 2017 Cars at the Capital free exhibition is underwritten in part through the generous support from Shell (including their Pennzoil and Quaker State brands), Hagerty, American Fuel and Petrochemical Manufacturers (AFPM), and TEN: The Enthusiast Network (including its AUTOMOBILE, HOT ROD and LOWRIDER brands).

The HVA is dedicated to preserving and sharing America’s automotive heritage. In 2014, the HVA established the National Historic Vehicle Register in partnership with the U.S. Department of the Interior, Heritage Documentation Programs and Library of Congress to document historically significant automobiles in America’s past. For more information about the HVA and its events, please visit https://www.historicvehicle.org/