Pat Ganahl digs into his archives and retrieves memories of living in Anaheim in the late-1970s, early-1980s and shooting HOT RODS & CUSTOMS: CRUISIN’ ANGELO’S for So-Cal mags. 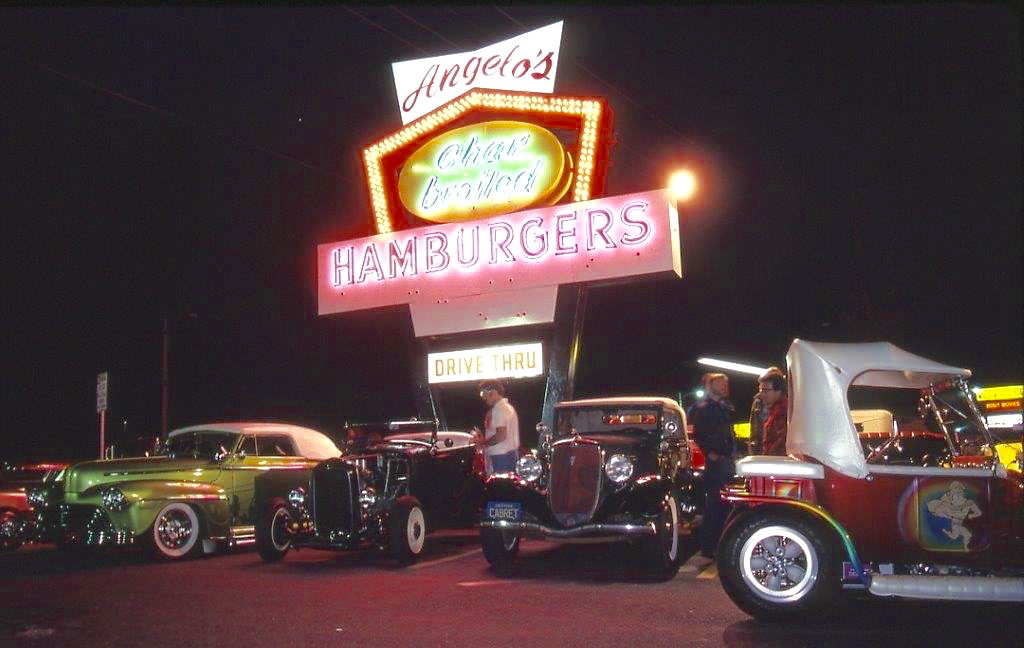 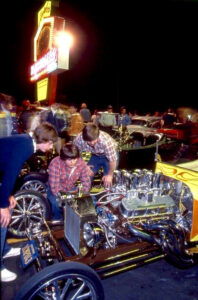 I think it was one of my Instagram readers who mentioned recently that a photo reminded him of cruising Angelo’s on State College in Anaheim. I hadn’t thought about that in quite a while. But we lived in Anaheim from 1977 to 1984 – in fact son Bill was born there – and Angelo’s was just a little more than a mile away, straight down South St. to State College. I wasn’t working for a magazine at the time, just freelancing and doing a couple of books, but as soon as I heard about the happenings at Angelo’s Hamburgers, I cruised over to see what was going on, and to get some photos of the action. I loved nighttime photography, which was pretty tricky to do in those days of film cameras, especially outside using mostly available light. My set-up included a 35mm camera, a tripod, and an on-camera adjustable flash.

I’m not really sure how or when the Angelo’s cruises started. There was a loosely organized group at the time called the Orange Country Cruisin’ Association – which has gone on to do much bigger things – and I understand they arranged with Angelo’s to hold the cruises on each first Friday of the month. Now these weren’t cruises in the sense that cars were parading up and down four-lane State College Blvd. Nothing was blocked off, and as far as I could see, no police were ever involved. 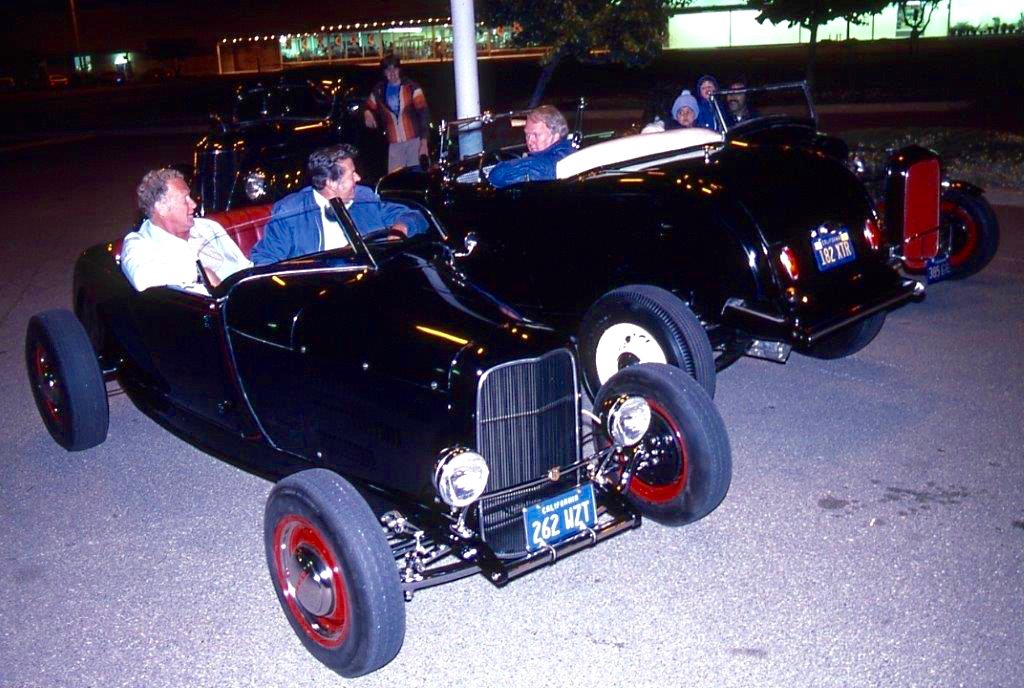 Angelo’s has a large, well-lit parking lot of their own, and so did businesses on either side, which were closed on Friday nights. So it was more like today’s early morning Cars ‘n’ Coffee car gatherings, except these were on Friday nights, the cars were all hot rods and customs, and Angelo’s served beer and burgers. They even had skating carhops for quite a while. So the deal was you cruised in, found a place to park, got out and checked the other cars, then went inside to get something to eat and drink, then came back out to check out more cars, maybe answered questions about yours, hung out as long as you wanted, then split to let someone else cruise in. 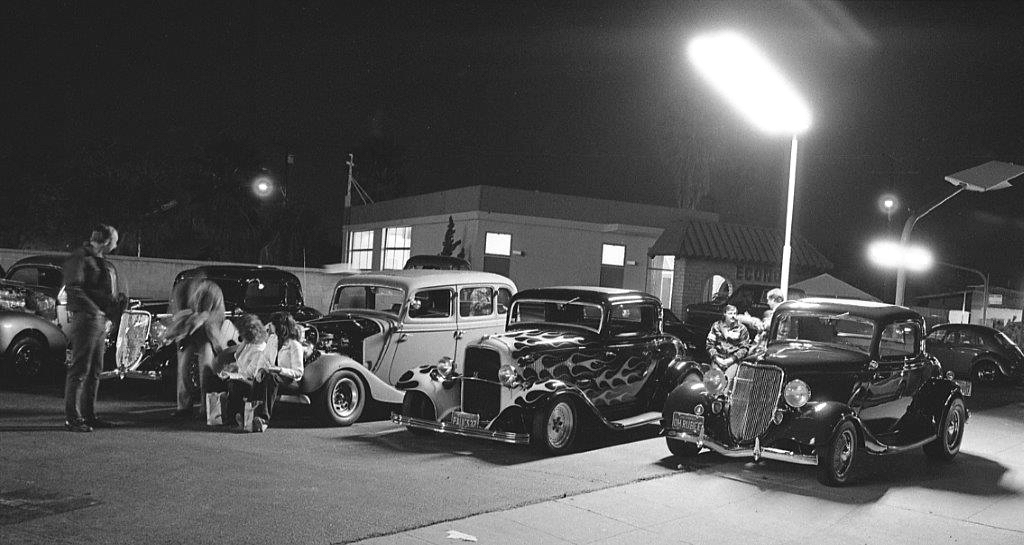 It was all very casual, spontaneous, organic–fun–for participants and onlookers of all ages. Nobody directed anything. No guards or cops, no burnouts down the boulevard, and no racing challenges that I heard of.