Skip to content
Stephen Cox blogs about the appeal of undervalued specialty cars that often go
unnoticed on the auction circuit. 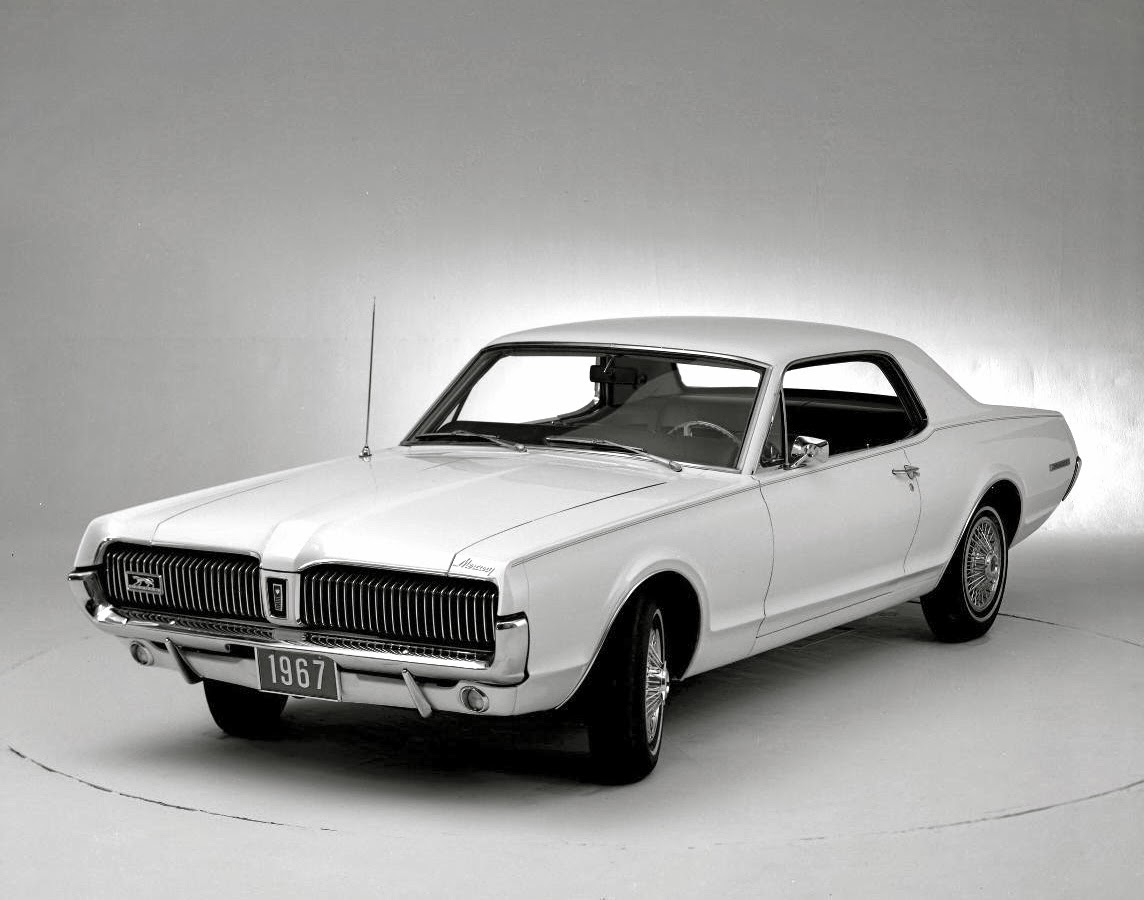 I have a confession to make. I don’t pay much attention to the multi-million dollar collector cars on the auction block. They prance across the stage looking really hot and endlessly tease you with something you know you can’t afford. Insert Britney Spears joke here!

However, I do have a raging passion for under-appreciated cars that average, everyday people can actually buy. Cars like the ‘68 Impala small block, A-code 289 Mustangs, or the early 302-powered Mavericks are not garage queens. They will never see the inside of a museum. They will spend their days doing what real cars are supposed to do… driving!

One of the best “average guy” muscle car buys on the market today is the shockingly affordable first generation Mercury Cougar. The Cougar has everything. It’s a great looking sporty car that’s an authentic member of the Muscle/Ponycar club. It was offered as either a big-block behemoth or a small-block street hustler.

The XR7 trim package supplied above-average comfort and a touch of class that elevated it above the common street machine. The Eliminator option package turned the Cougar into a stoplight monster. The car even had a great ad campaign featuring a live cougar,
usually accompanied by a sexy model.

And best of all, this late-1960s and early-1970s icon is affordable. Yes, you’ll still pay a premium for some models. The 428-powered XR7s and Eliminators, for example, will set you back $50,000 to $70,000. But lowering your sights to a small-block model opens up a world of modestly priced possibilities. Let’s take a look at a few of them from Mecum’s recent auctions. 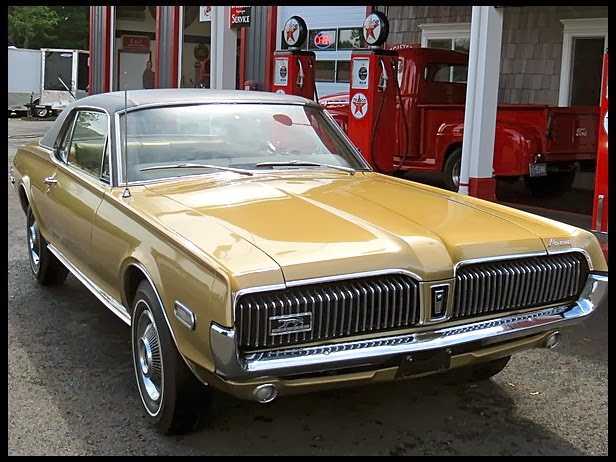 A pristine, second-year ‘68 model with only 2,000 original miles on the odometer sold for $25,000 at Mecum’s Schaumburg auction (near Chicago) in late-2013. Tan with a black vinyl top and a magnificent wood steering wheel, the car was completely drivable. It’s 210 horsepower 302-inch small-block and automatic transmission held bidding to a level that
an average person could actually consider. 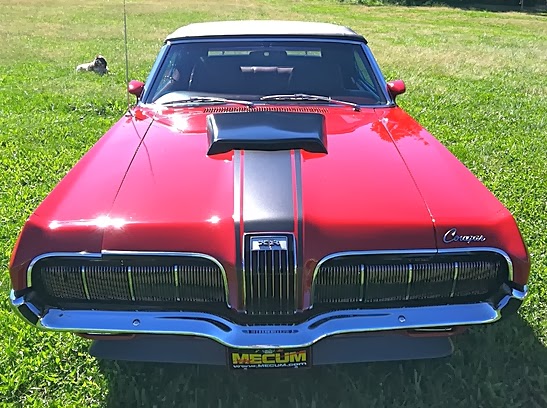 A Candy Apple Red and black 1970 model at the same auction sold for only $28,000, a strikingly plausible price for a sexy street machine. This Windsor-powered car boasted 351 cubic inches complemented by black racing stripes, a hood scoop, and rare front and rear spoilers. Once again, the small-block engine and automatic transmission kept the final
price within reach for gobs of prospective buyers. 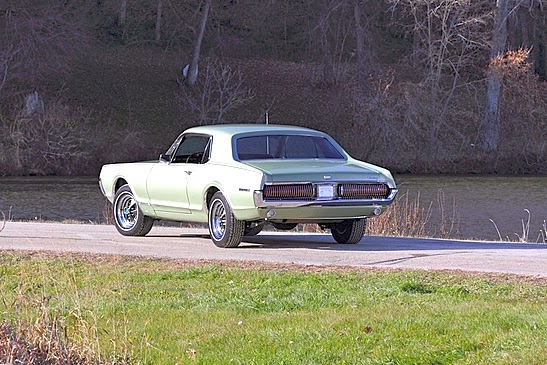 And the Cougar buy of the year came in December at Kansas City, where Mecum’s twice-annual auction sold a Mist Green, 289-powered ‘67 Cougar with all original body panels for $20,000. The car was loaded with factory options including power windows and factory air conditioning and came complete with the dealer invoice and build sheet.

Like any other classic automobile, these cars won’t stay at this price forever. The classic car industry has its own ebb and flow, and right now the first generation small-block Cougars are among the most undervalued cars on the auction block. Check ‘em out!