Skip to content
A ‘37 Horch 853 and ‘58 Scarab won Best In Show honors at the 19th annual Amelia Island Concours d’Elegance. 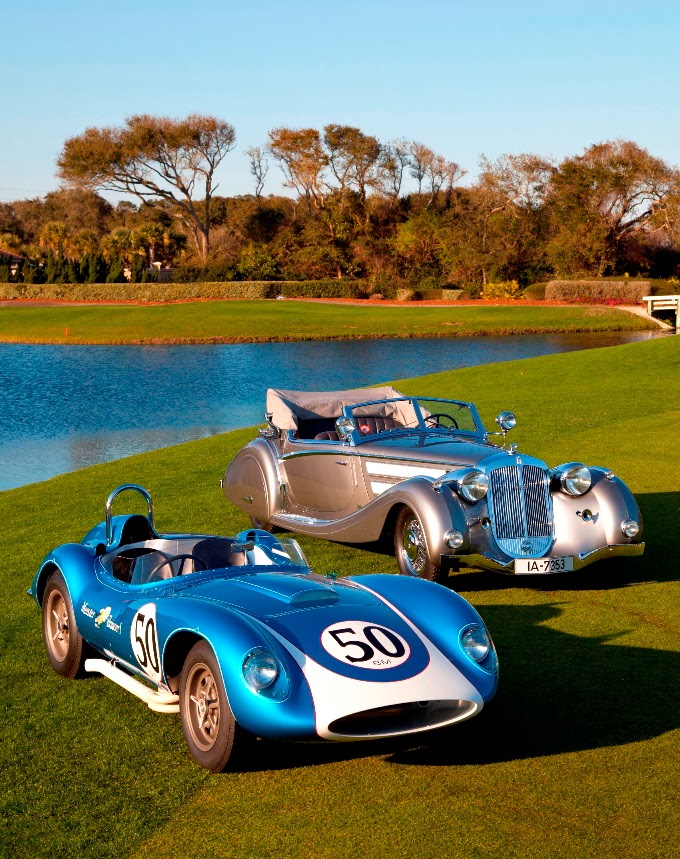 The Horch 853, owned by Bob and Anne Brockinton Lee, Sparks, NV, took home one of the most sought-after trophies on the Concours circuit. Fully restored, it is one of only two Horchs ever to have been bodied by coachbuilder Voll & Ruhrbeck, which created custom coachwork for Bugatti, Maybach, Mercedes-Benz and Cord among others.

The highly coveted Concours de Sport award was presented to the ‘58 Scarab, owned by Miles C. Collier, The Revs Institute for Automotive Research of Naples, FL. Three front engine Scarab sports racers, built by Troutman and Barnes for Lance Reventlow, were created to compete against the great European marques: Ferrari and Maserati. Reventlow originally tried an Offenhauser engine in this car but the engine, designed to run on alcohol, never was successful running on gasoline as required by the sports car ruling body. It was then fitted with a popular small-block Chevrolet Corvette V8, which proved to be perfect for the American road and airport circuits of the late 1950s and early-1960s.

“I want to congratulate our panel of esteemed judges on this year’s best of show selections,” said Bill Warner, Chairman and Founder of the Amelia Island Concours d’Elegance. “Both cars are excellent examples of unique pedigree and provenance and are well deserving of their awards.”

More than 330 magnificent cars and motorcycles from around the world participated in the 2014 Concours. For more information, please visit  https://www.ameliaconcours.org/