Skip to content
Stephen Cox blogs about collecting stuff and his passion for Honda’s CB350. 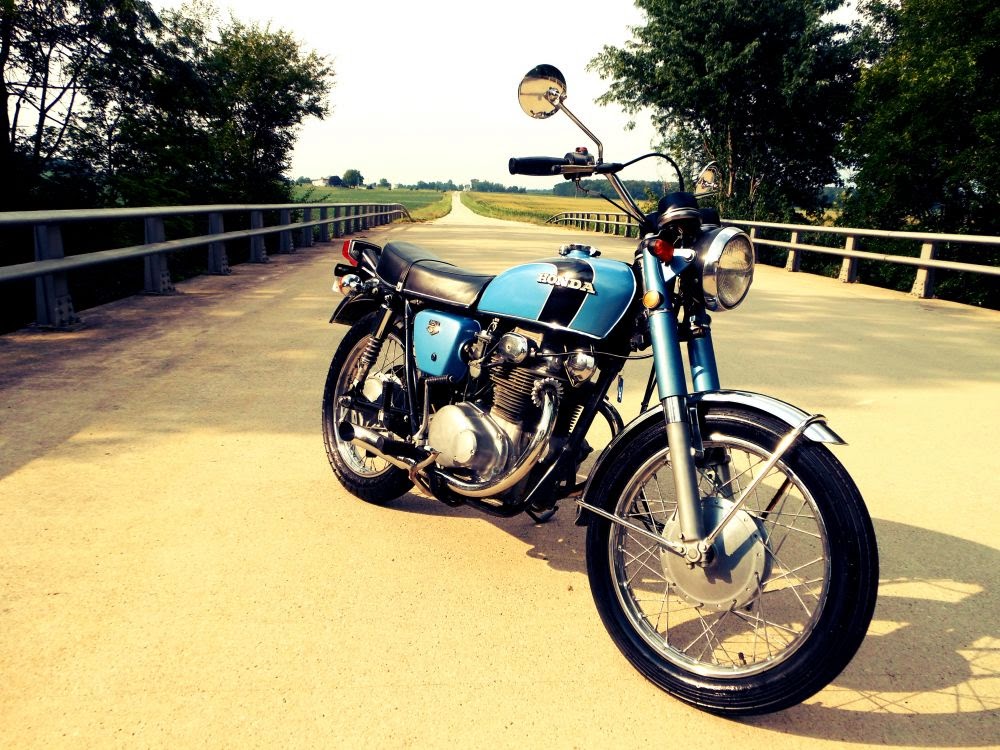 I collect old Fords. I also collect racecars, knives, aviation books and those old plastic NFL helmets that you could buy in vending machines for a quarter in the 1970s. You know, the ones with the team stickers that always peeled off. I also collect Evel Knievel videos, ELO record albums and concert ticket stubs. I have other collections that I cannot recollect. Maybe I just collect collections?

The last thing I need is a collection of motorcycles. But after my experience with a Honda CB350 Super Sport, I think I could use a few more bikes!

A smattering of motorcycles has blessed my life from time to time, but none has captivated me like the little Honda 350. The fact that it became one of history’s best selling motorcycles demonstrates that I am not alone. 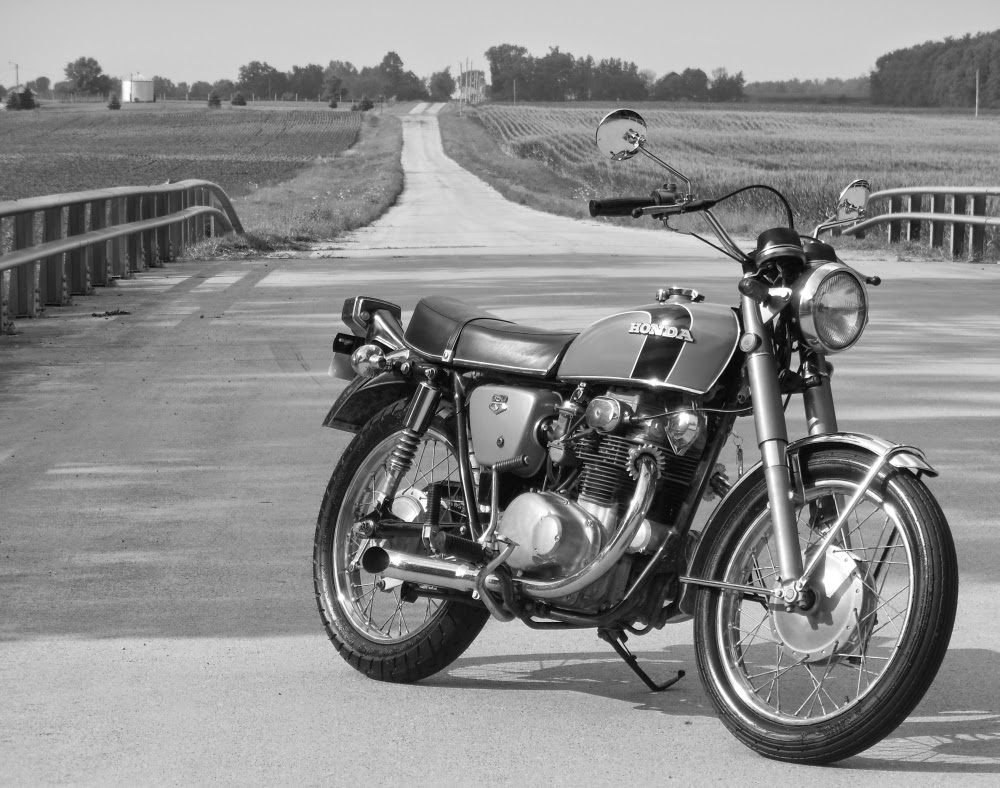 In 1968 Honda introduced the CB350 as a successor to the Super Hawk, a 305cc twin-cylinder bike that had carried the company’s banner in the mid-size market for several years. The CB350 is a 325cc four-stroke motorcycle that emanates a buttery-smooth purr from its long, chrome pipes. It boasts a whopping 36 horsepower when pushed to the limit, which 1970-era buyers found quite impressive compared to other marques. The engine features dual constant-velocity carburetors that were the latest technology of the day.

But what really attracted me to the CB350 was it’s classic styling that replicated the great British bikes of the 1950-1960s. The ‘69 BSA A50 and the ‘60 Triumph TR6 are perhaps the most beautiful bikes ever built, at least to my amateur eyes. Trouble is, they don’t run very well. Since I am not a mechanic and have no plans to become one (I’m too busy collecting stuff), a classic British bike with its classic electronic problems is not in my best interests. 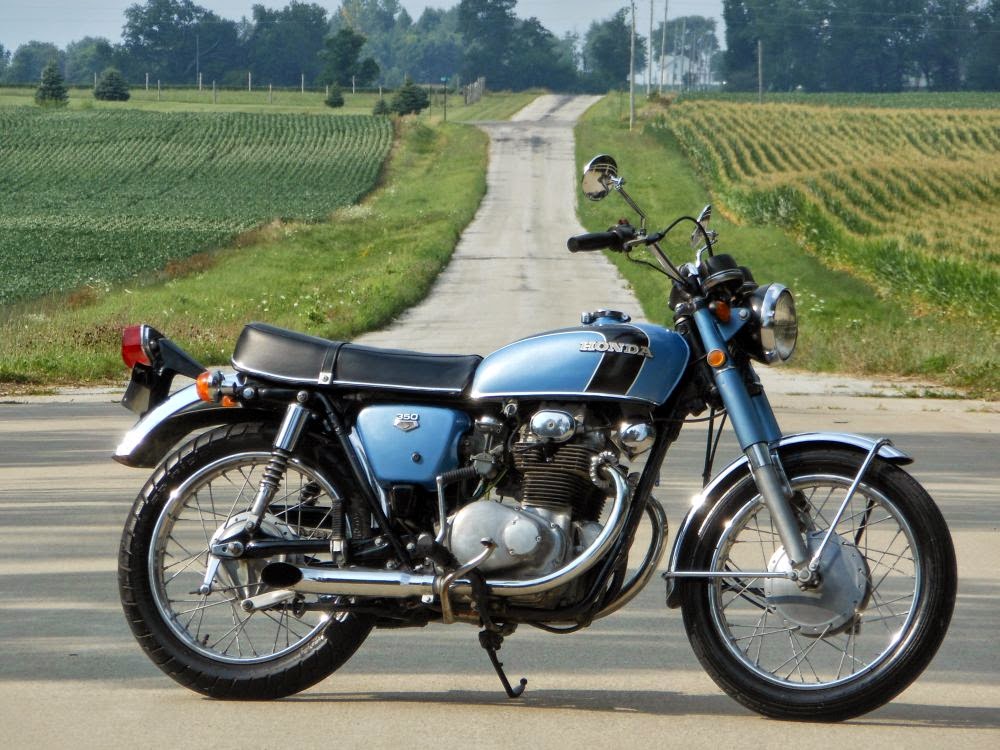 But where the Brits failed, Honda excelled. They produced the CB350 that was agile, fun to ride, utterly reliable, and had many of the same styling cues found in the beautiful earlier BSAs and Triumphs. And the CB350 is so simple to maintain that even I can manage some minor upkeep.

Fully restored models are affordable and easy to find. Three to five grand will get you a low mileage, early example in excellent condition. My ‘71 model is not entirely period correct, but I am slowly converting it back to original condition and having a ball doing it. In the meantime it makes a great daily rider for short commutes, does not require leaded fuel, and delivers 37 infinitely enjoyable miles to the gallon. 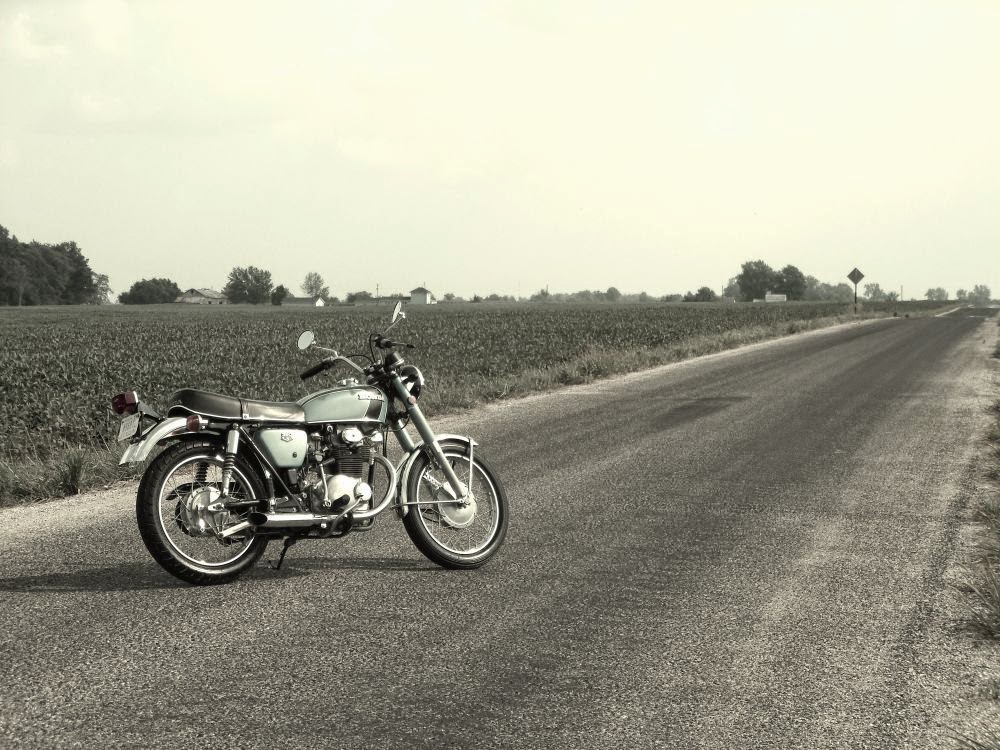 So if you’re in the market for a vintage bike that has timeless looks, a rewarding riding experience and plentiful aftermarket parts, try looking at Honda’s simple little CB350.

You don’t have to be a collector to appreciate that.