Collin Morgan takes you on the second of his two-part guided tour of the Gilmore, North America’s largest car museum and home to almost 400 cars on a 90-acre campus. Located midway between Detroit and Chicago, it’s a must-see attraction. 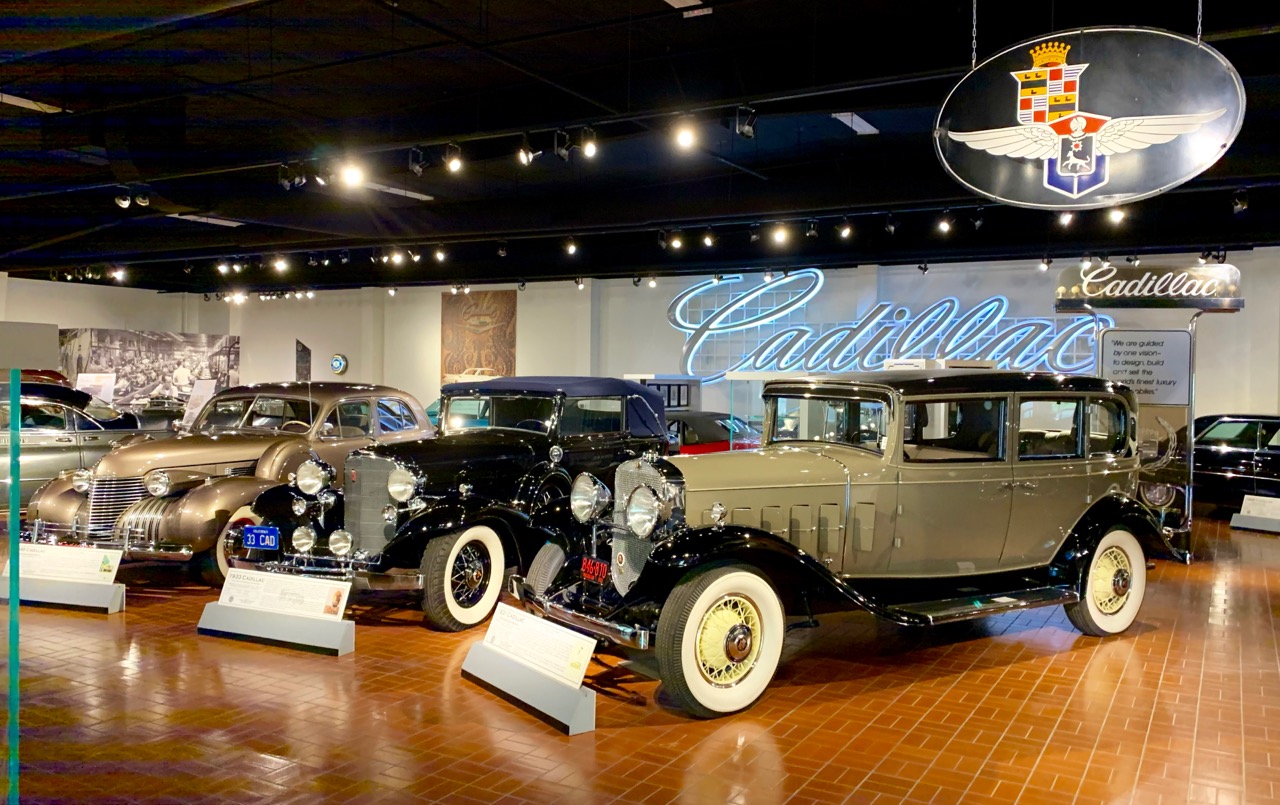 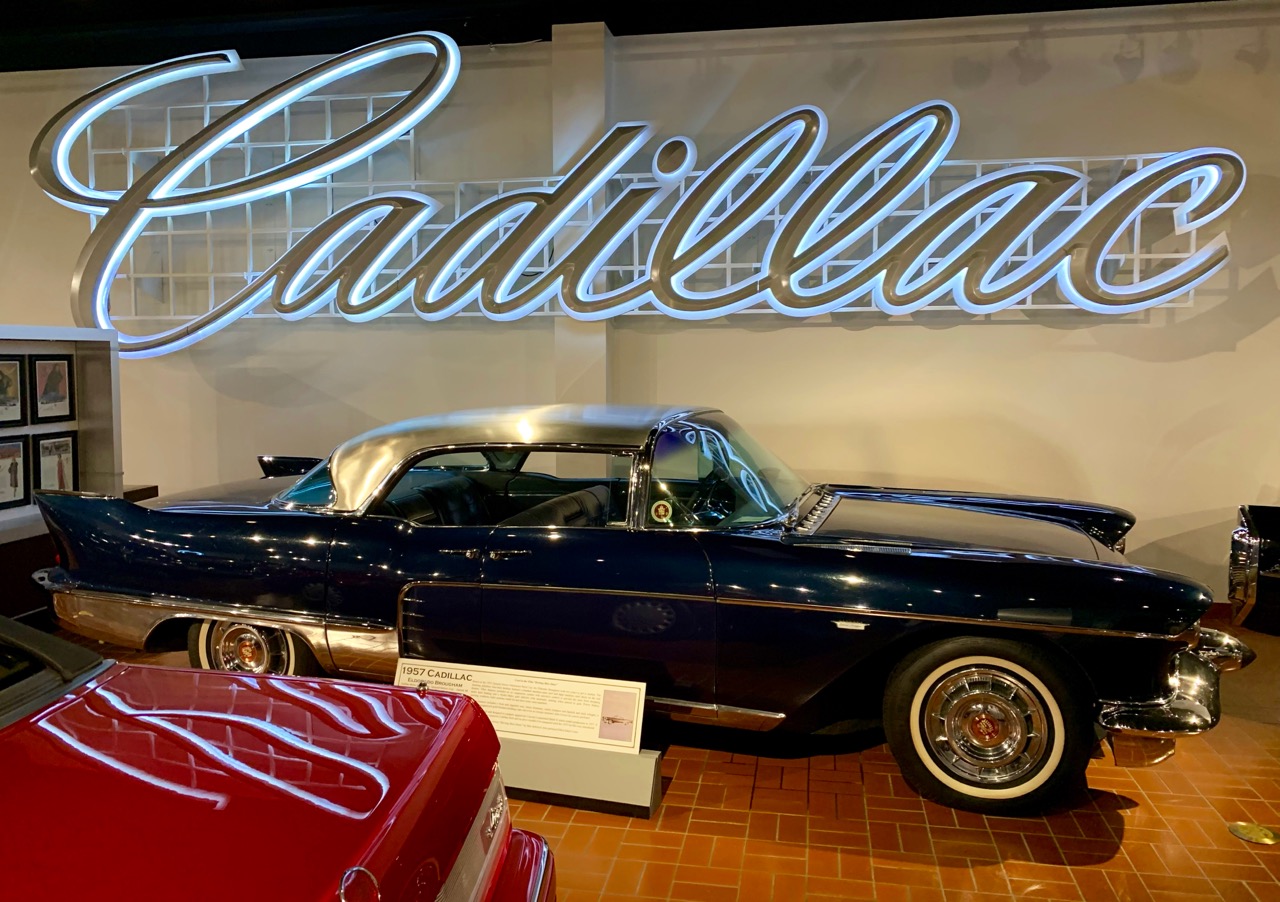 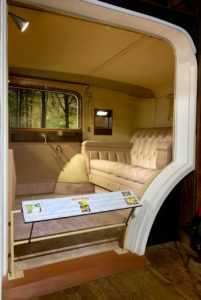 Cadillac-LaSalle Club Museum displays an impressive number of cars and memorabilia. One of the highlights was this 1957 Cadillac Eldorado Brougham that contained amenities such as a set of four magnetized gold-finished drinking cups, tissue dispenser, and an Arpege atomizer with Extrait de Lanvin perfume! Dan Aykroyd used Eldorado in the film, Driving Miss Daisy. It’s a highlight of HICKORY CORNERS: GILMORE MUSEUM, PART II

This is a genuine “movie set” used in the filming of the 1967 live-action movie, The Gnome-Mobile. The set is a jumbo-sized recreation of a ‘30 Rolls-Royce Phantom II, and is four times larger than the actual size of the car. This is the only full-sized movie set to ever leave Disney Productions! It was installed in September 1966, three months before Walt Disney’s unfortunate death. 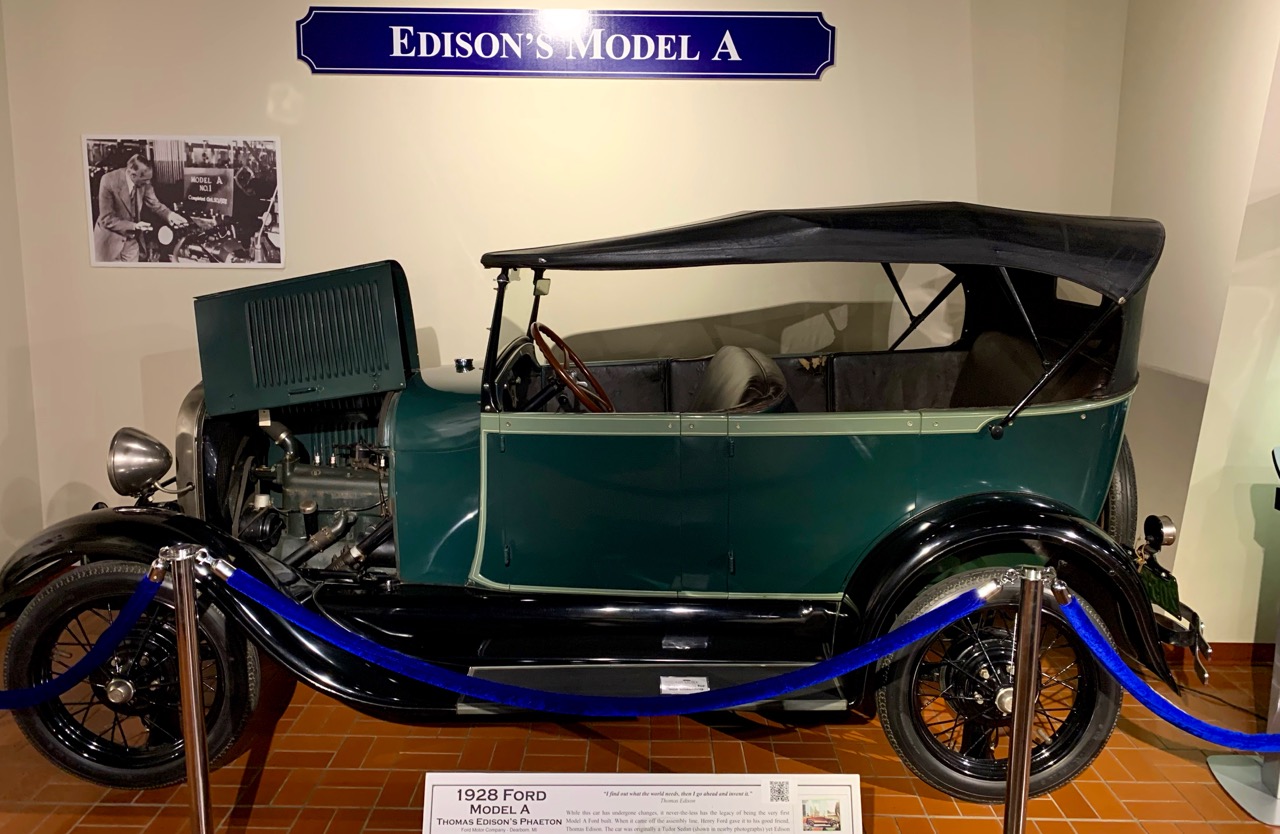 Across the street is the Model A Ford Museum that houses numerous examples and highlights the impact the Model A had on the automotive world. This is a ‘28 Ford Model A, and holds the legacy as being the first Model A built. To compliment that, a very good friend of Henry Ford, Thomas Edison, owned it. 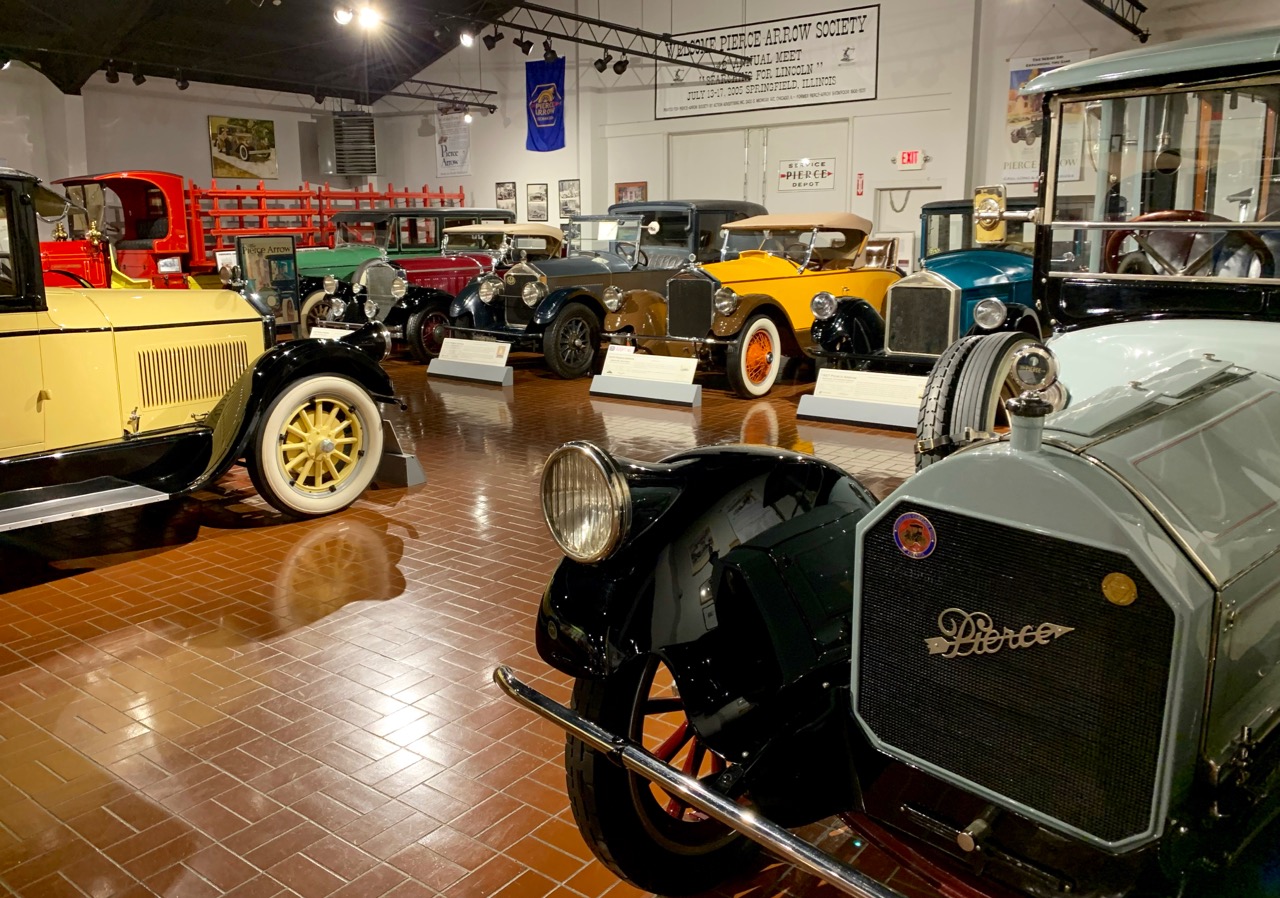 Next is the Pierce-Arrow Museum, presenting a large array of pristine examples. Pierce-Arrow is most notably known for their prestigious luxury cars produced between 1901-1938 in Buffalo, NY, and that pedigree was in full force here. 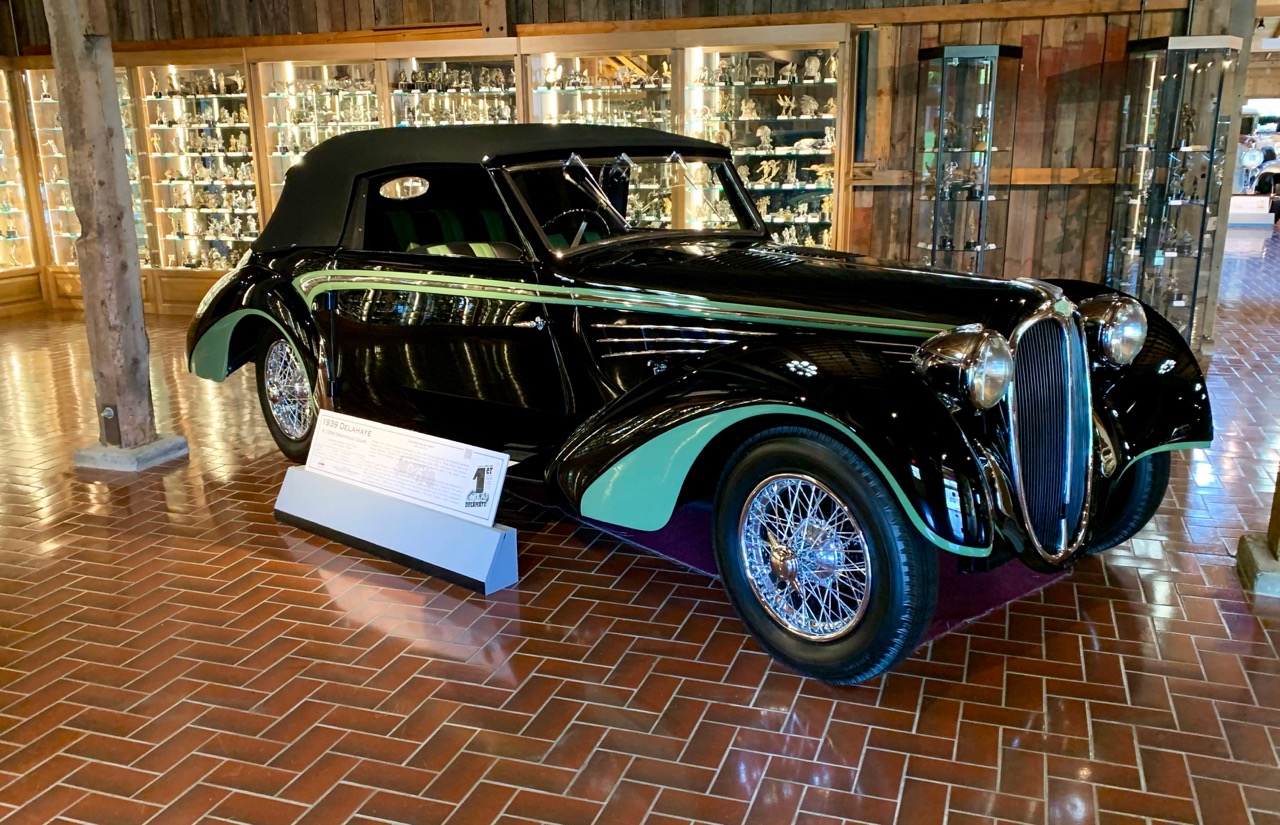 This stunning classic is a ‘39 Delahaye 6 135M Drophead Coupe from Paris. The bodywork was built by Swiss coachbuilder Tuscher, and is only one of two known survivors. 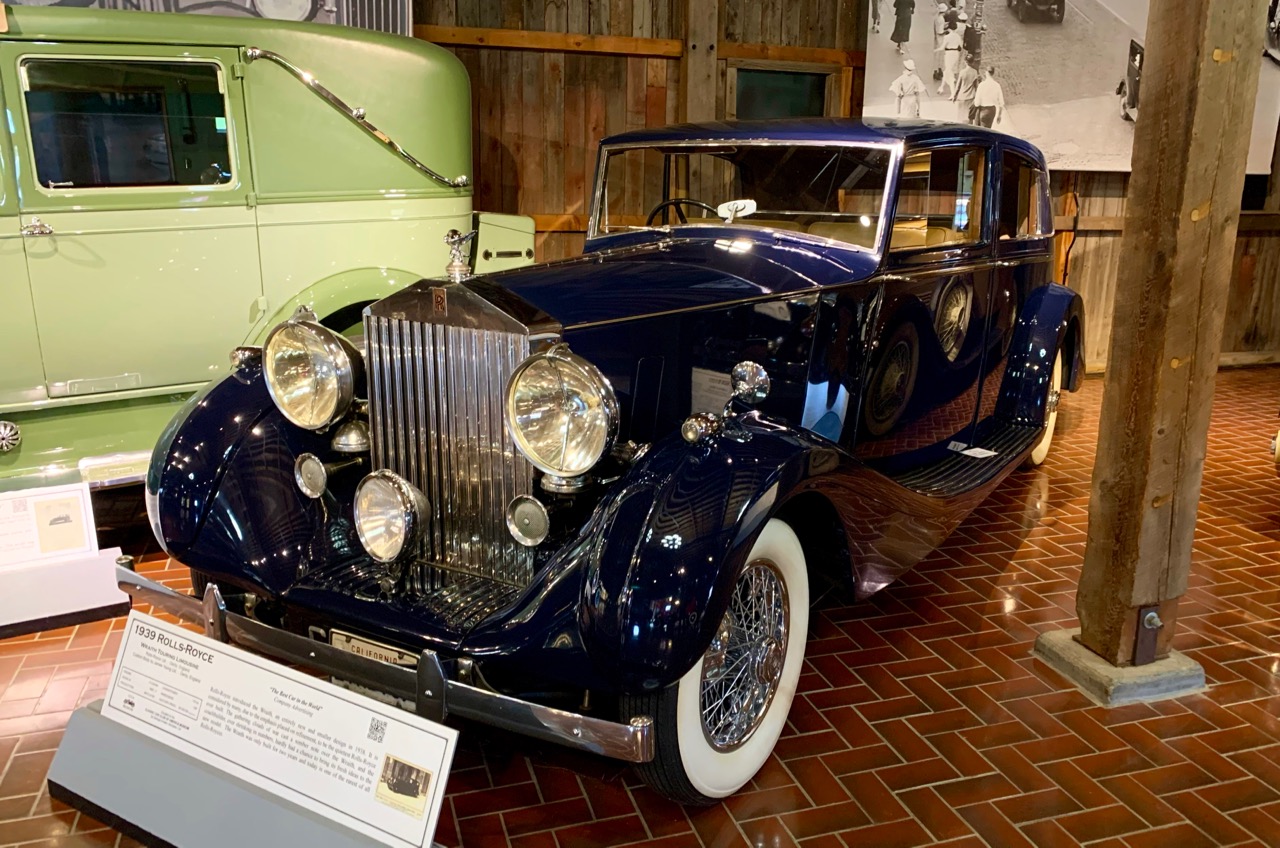 Up next is a ‘39 Rolls-Royce Wraith Touring Limousine, possibly the most luxurious car in the entire collection. Wraiths are some of the rarest of all Rolls-Royces, and this particular one is in spectacular condition. 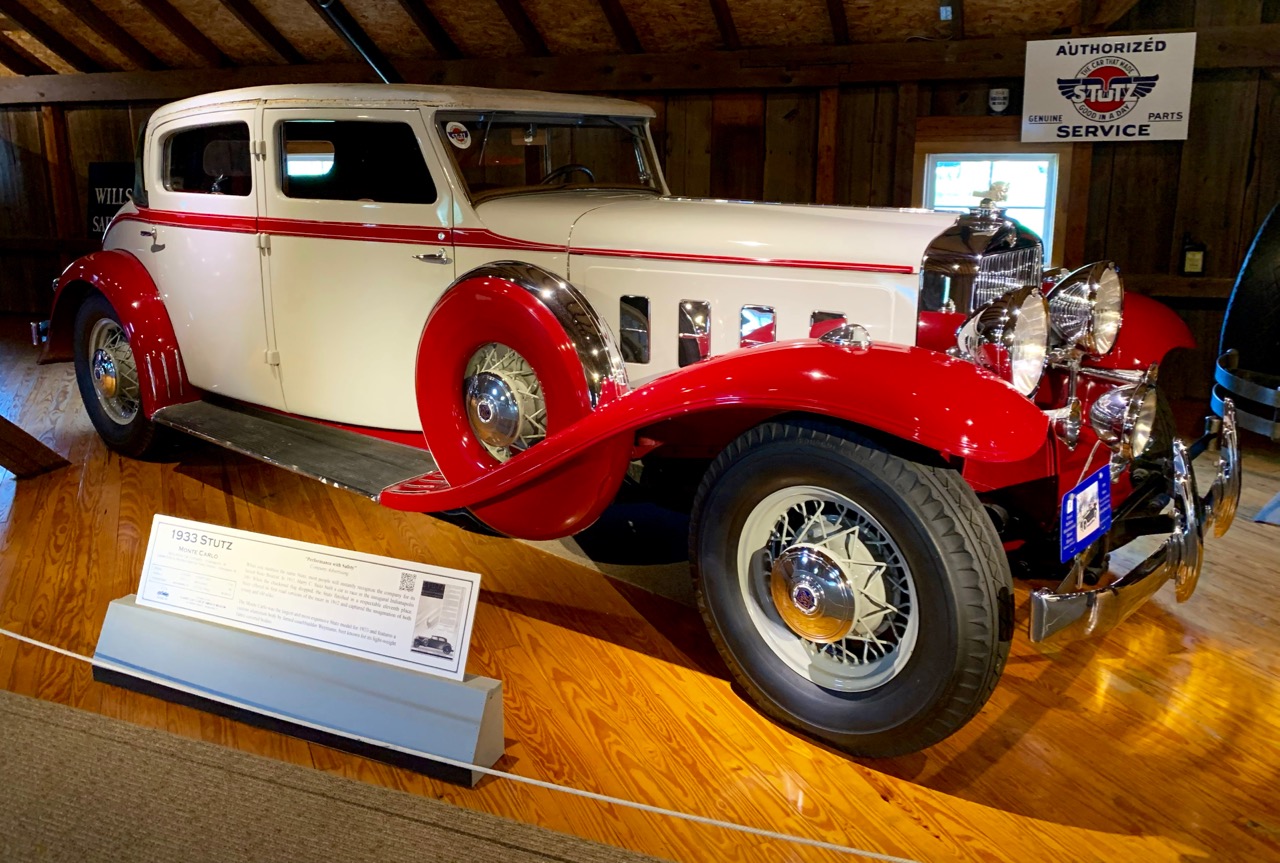 This massive vehicle is a ‘33 Stutz Monte Carlo, sporting a sharp red and cream paint job. The Monte Carlo was the largest and most expensive model Stutz offered in 1933. 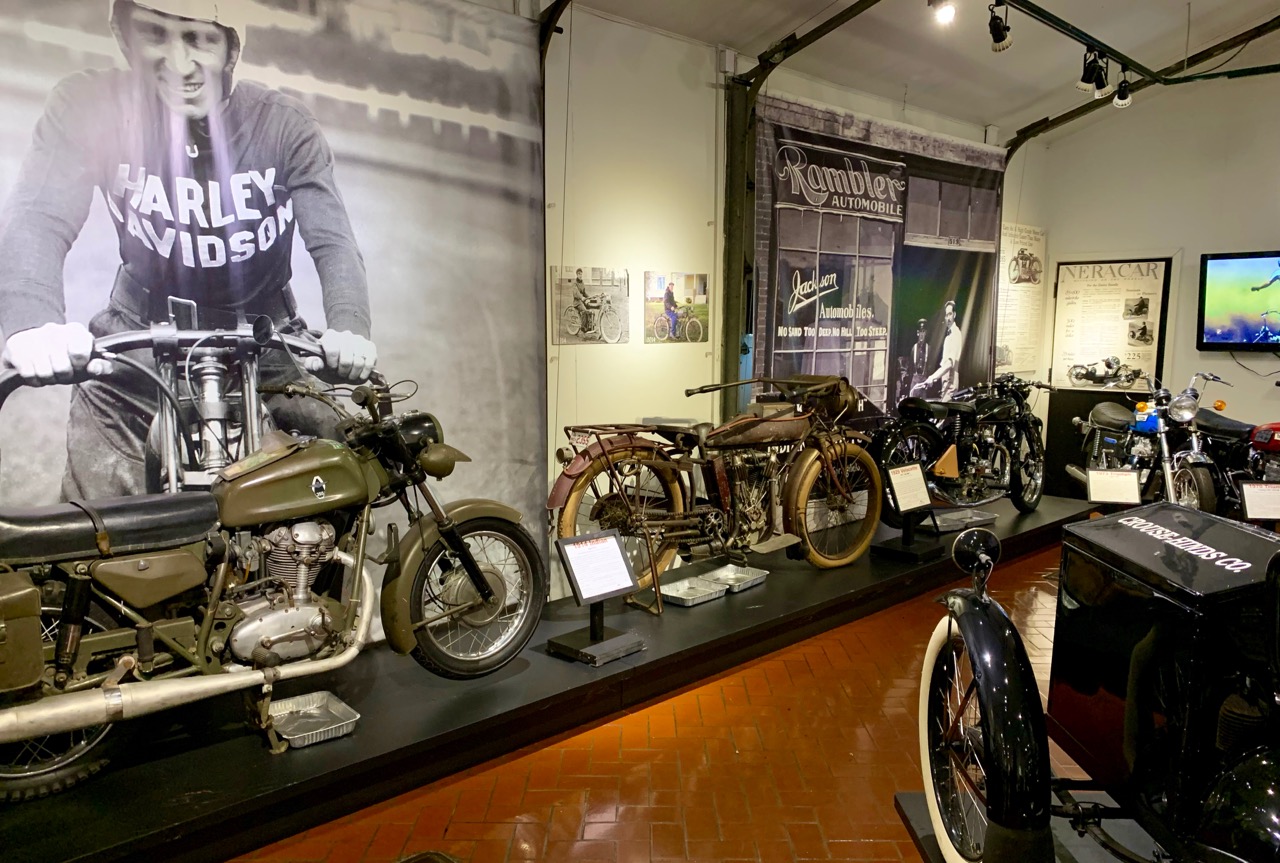 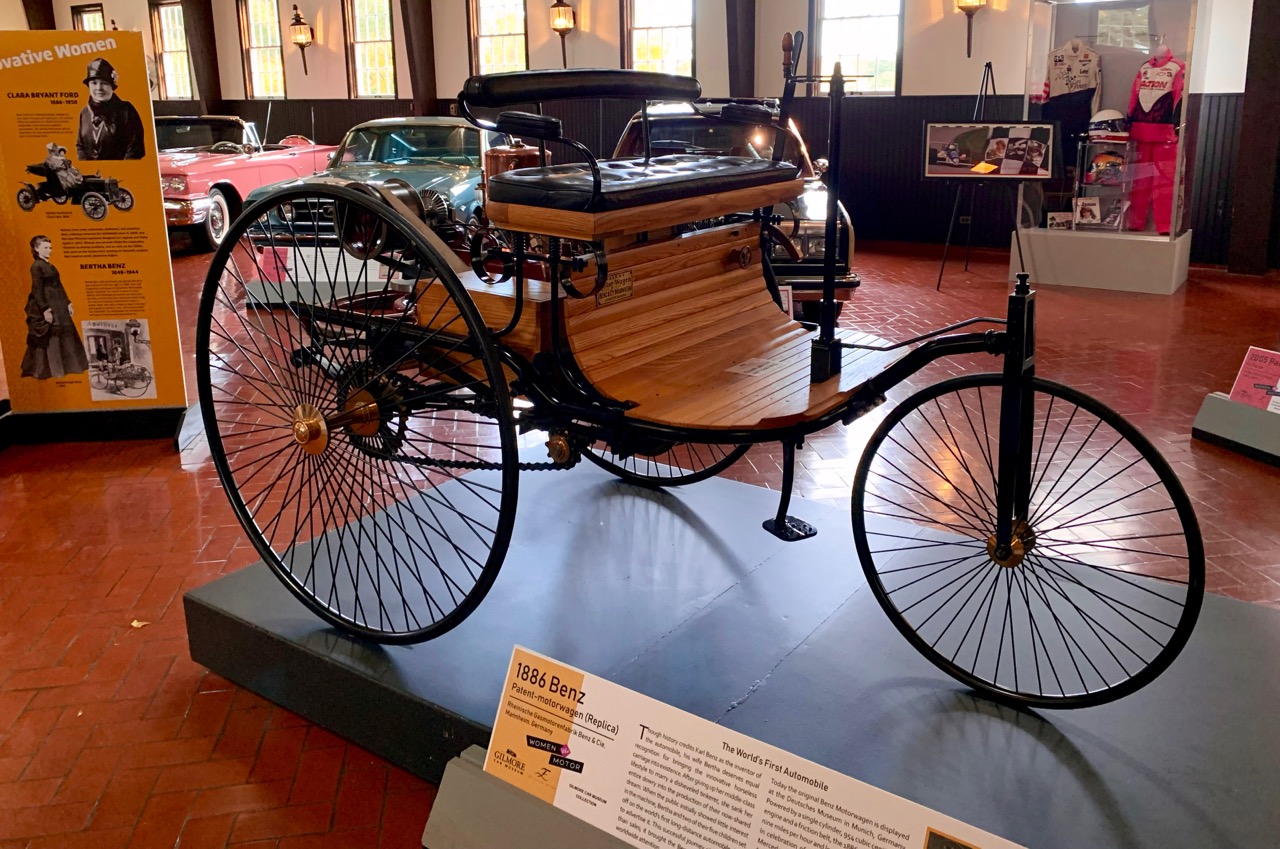 Gilmore curators put together a temporary exhibit detailing the importance of women in the automotive industry. While Karl Benz is credited as the inventor of the automobile, his wife Bertha was responsible for bringing it into existence. She invested her entire dowry into the production of their invention, and accompanied her family on the world’s first long-distance automobile drive to advertise it. This is a fully functional reproduction of the ‘86 Benz, built in 1986 to celebrate its 100th anniversary. 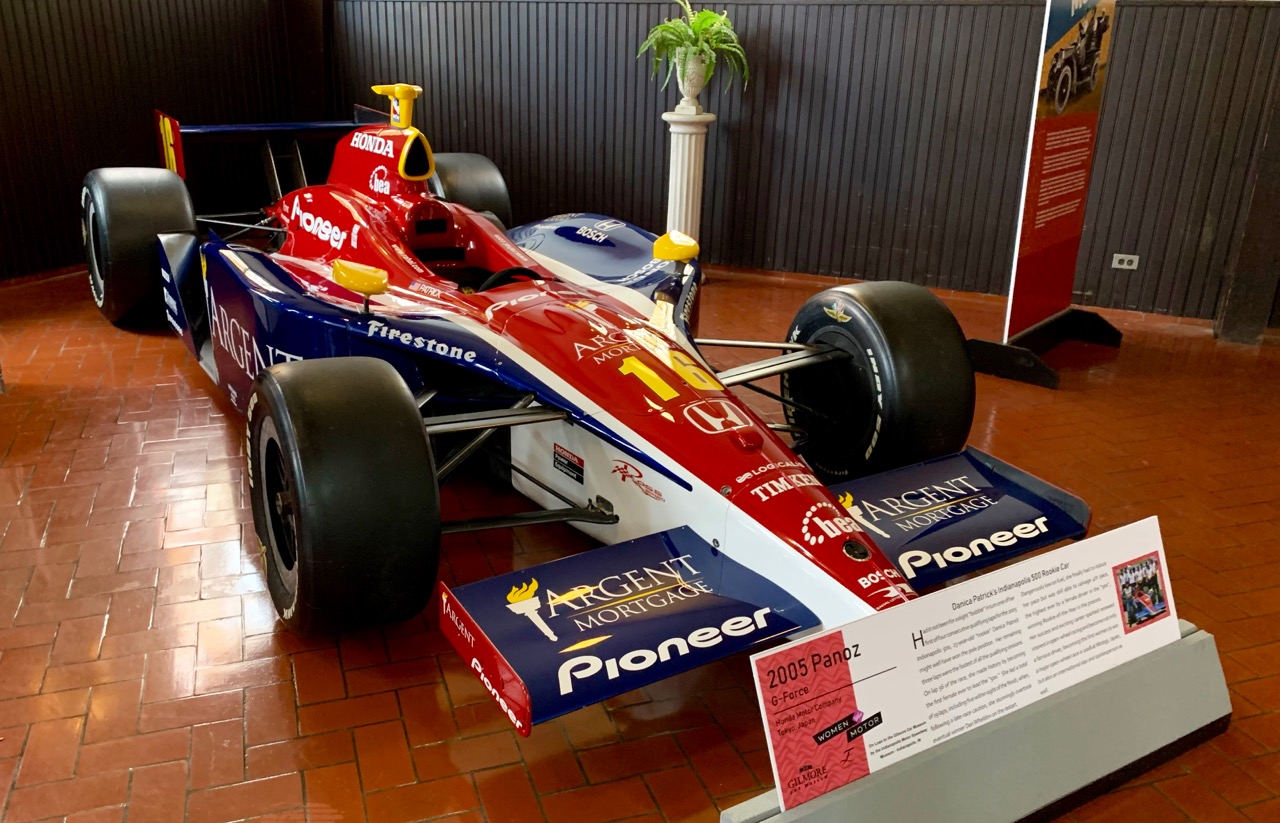 Danica Patrick is an international racing star and became the first woman to win a major open-wheel race in 2008 at Motegi. She is also the first female to ever lead at the Indianapolis 500. This is her ‘05 Panoz G-Force. 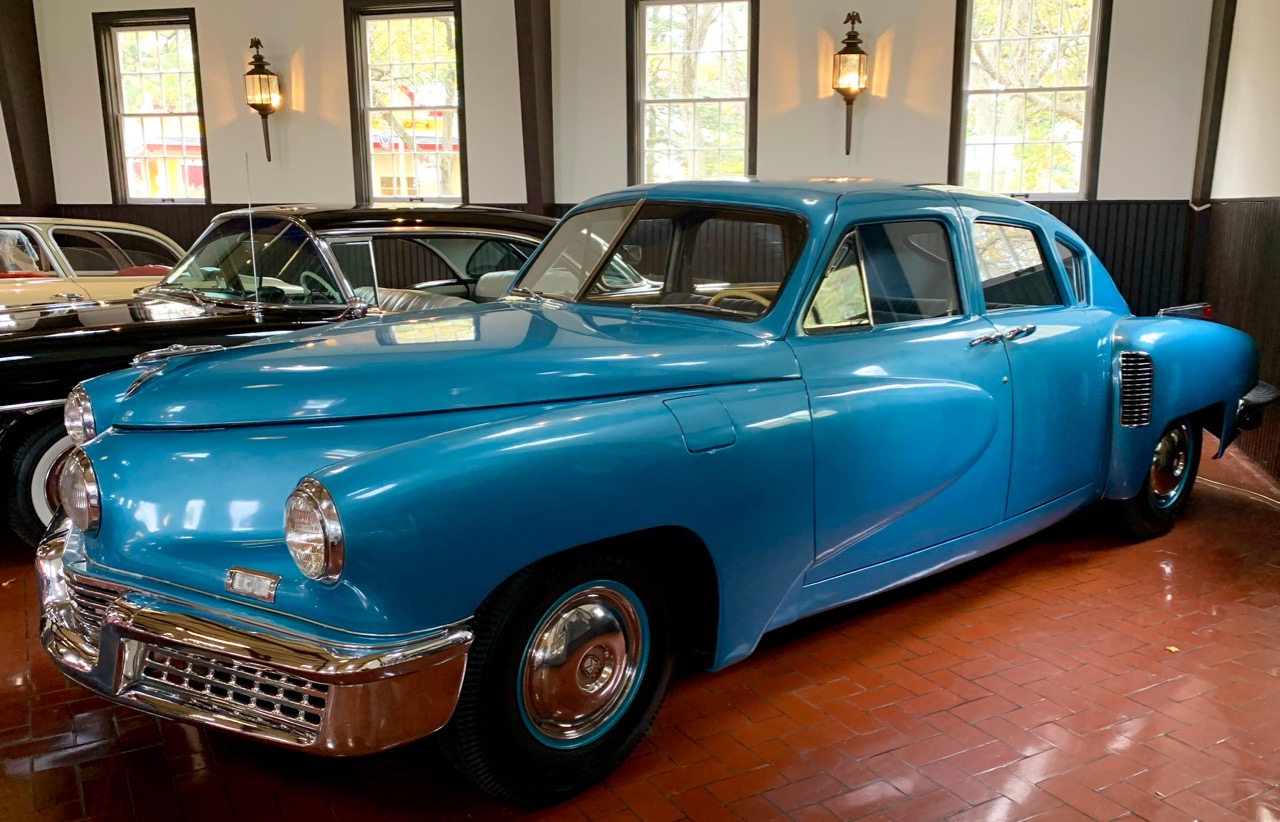 Audrey Moore was hired by Tucker to put together an interior that worked around the Tucker ’48 sedan’s unique design. She did something unconventional, matching interior colors to the exterior. She worked with color chips and fabric swatches to present the perfect complimentary design. This particular ‘48 Tucker has 63.4 original miles, and every single part on the car is completely original. 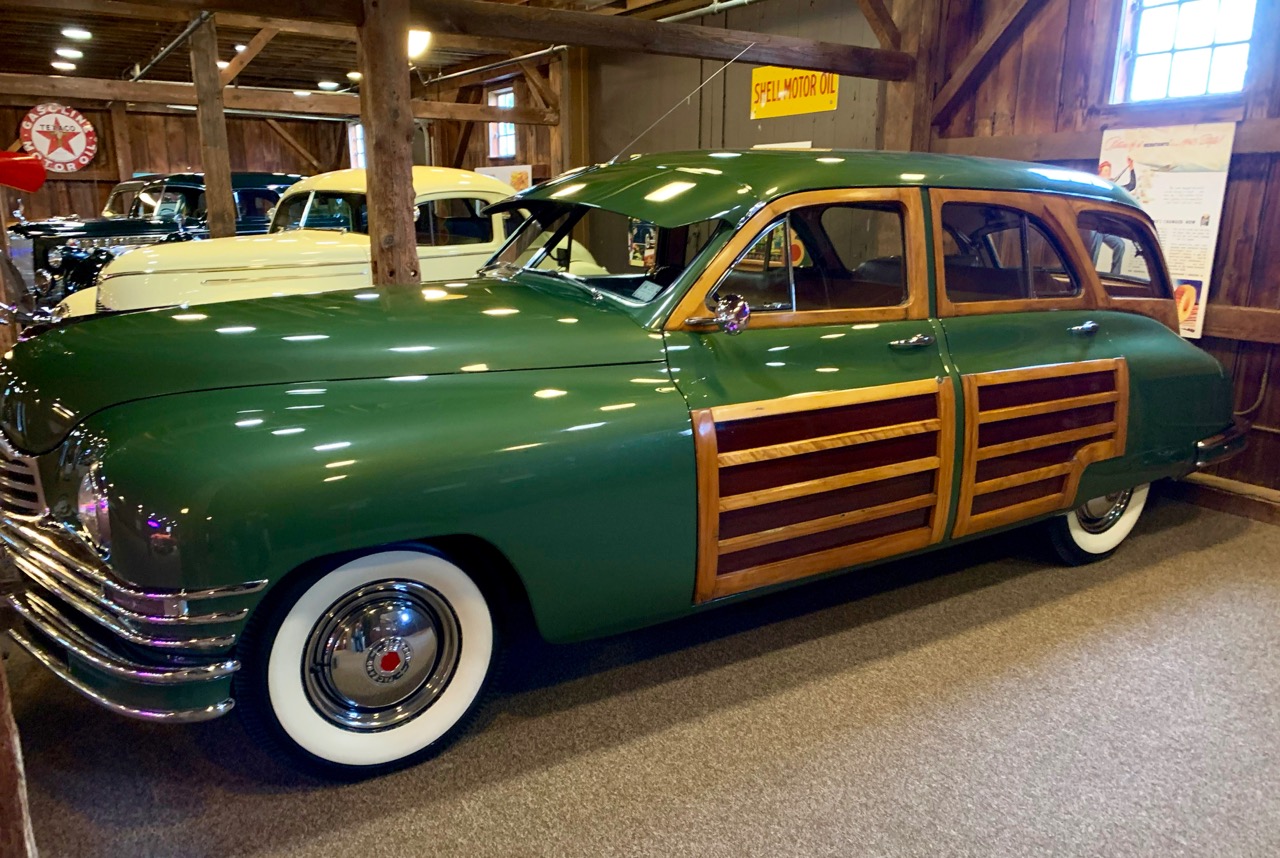 The final building on our tour this automotive labyrinth contains cars from the 1910s to 1940s, including this beautiful ‘48 Packard Woodie. The car features genuine Northern Birch paneling, although the wood was strictly decorative and was structurally used only for the tailgate. 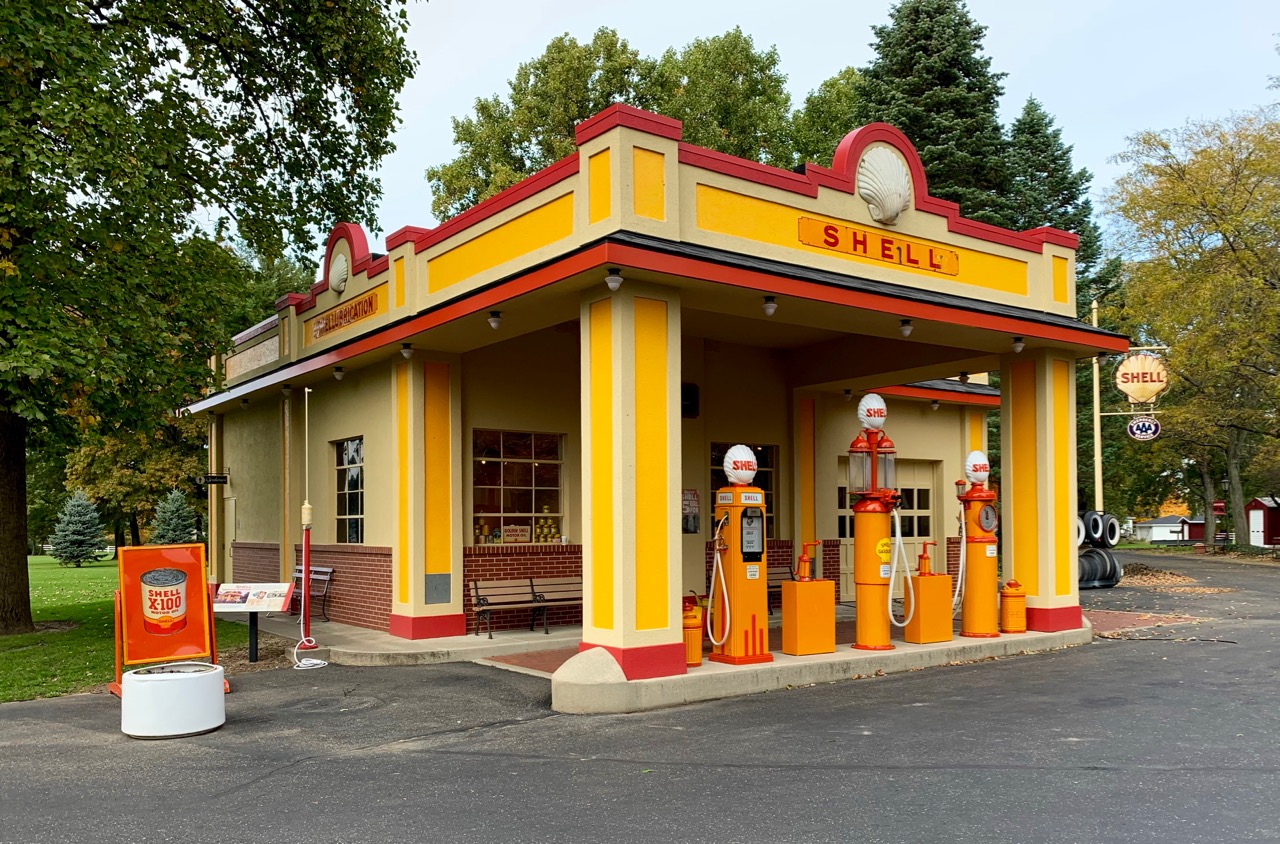 As a whole, the Gilmore Car Museum is spectacular from top to bottom. Every detail has been addressed, and the campus is flawless. On display is a mind-numbing amount of cars and memorabilia; the sheer range of history is more expansive than anything I have seen. If you’re considering visiting Gilmore, don’t hesitate. Just go!

To check out Part I of Collin’s Tour, http://carguychronicles.com/2019/11/hickory-corners-gilmore-car-museum/