Fans at the annual Pre-Reunion, held a week prior to the annual Rolex Monterey Motorsports Reunion at Mazda Raceway Laguna Seca, were given a real treat – the return to active competition of the Gray Ghost. Mike Matune was on the track for CarGuyChronicles. 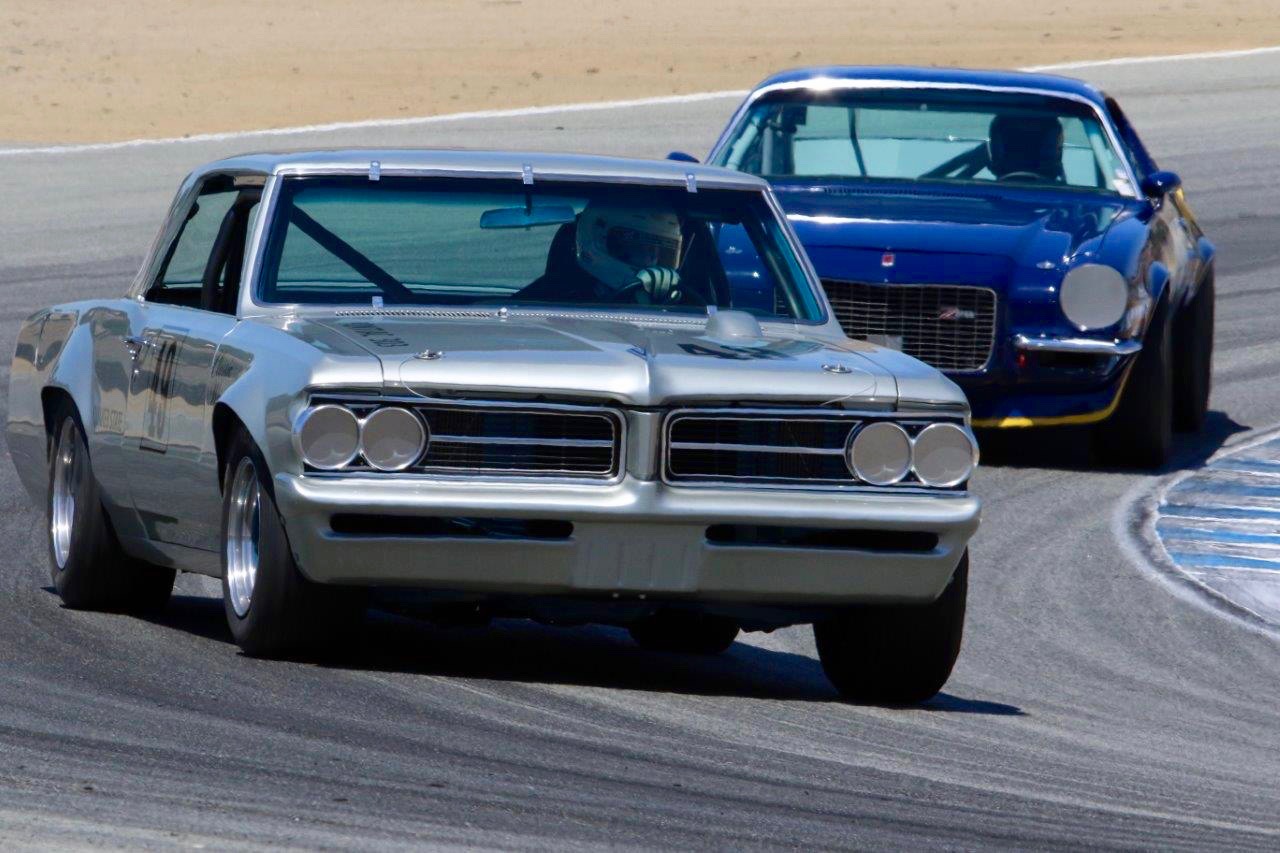 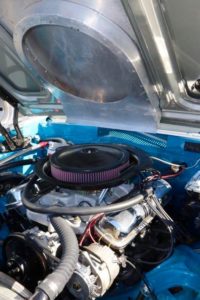 Power comes from a 303 cubic-inch Pontiac V8 built by LJ Speed & Machine, making approximately 450 horsepower. Power goes from there back thru a Muncie four-speed to a Pontiac rear. But not just any Pontiac rear-end. This one is modified with flanges in the axle tubes that accomplish two functions. First they allow the rear axles to be cambered for improved handling and secondly, it makes changing rear end ratios easier.

Far from an amateurish effort, the “Trans Action Team”, as they called themselves, was a group of very talented designers, engineers and fabricators. With veteran race driver Bob Tullius behind the wheel, they surprised everyone with a brilliant run in the rain in the inaugural Trans-Am event of the 1971 season at Lime Rock. 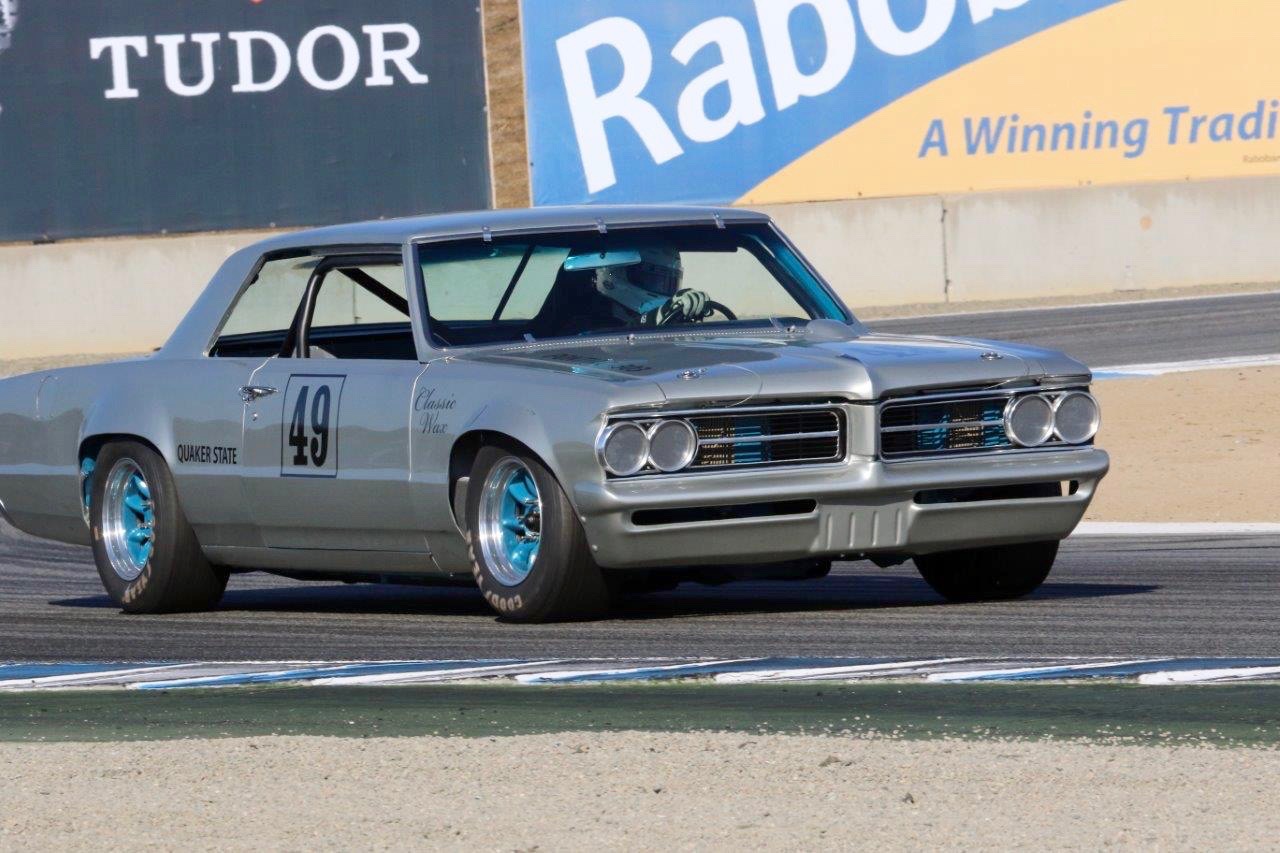 The car had last turned a wheel in anger more than ten years ago. Its return to the track is a result of a herculean effort by owner/driver John Hildebrand, Randy Peterson of Peterson Motorsports in Sonoma and LJ’s Speed & Machine Shop, Napa, CA., along with numerous others. It rolled into the paddock just in time for the start of racing Saturday morning. 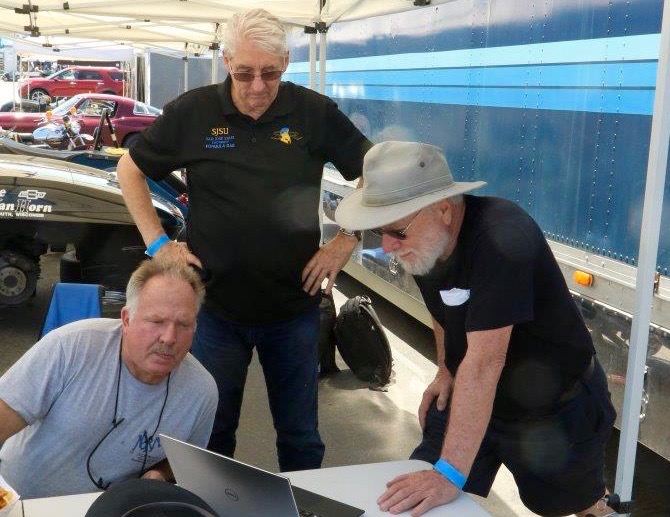 Joining the effort at the Pre-Reunion were Herb Adams, right, and original team member Harry Quackenboss, left. Here they study some photos from the morning session (provided by CGC’s Mike Matune) as they work to set up the car. It’s like the intervening decades never occurred! 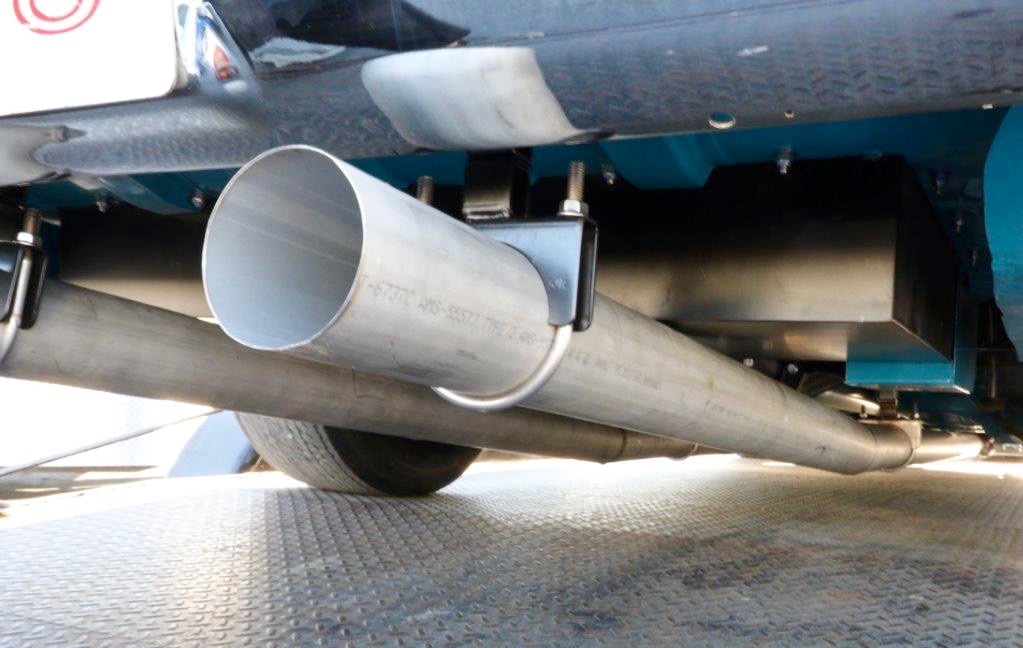 At Laguna Seca, the Gray Ghost was equipped with a unique exhaust system, featuring these long pipes that ran all the way from the header collectors, under the rear axle, to the rear bumper. This system is based on the one used in period designed to give the engine the longest possible collector pipe. Apparently the SCCA in 1971 took umbrage and the system returned to a more conventional side exhaust exit.