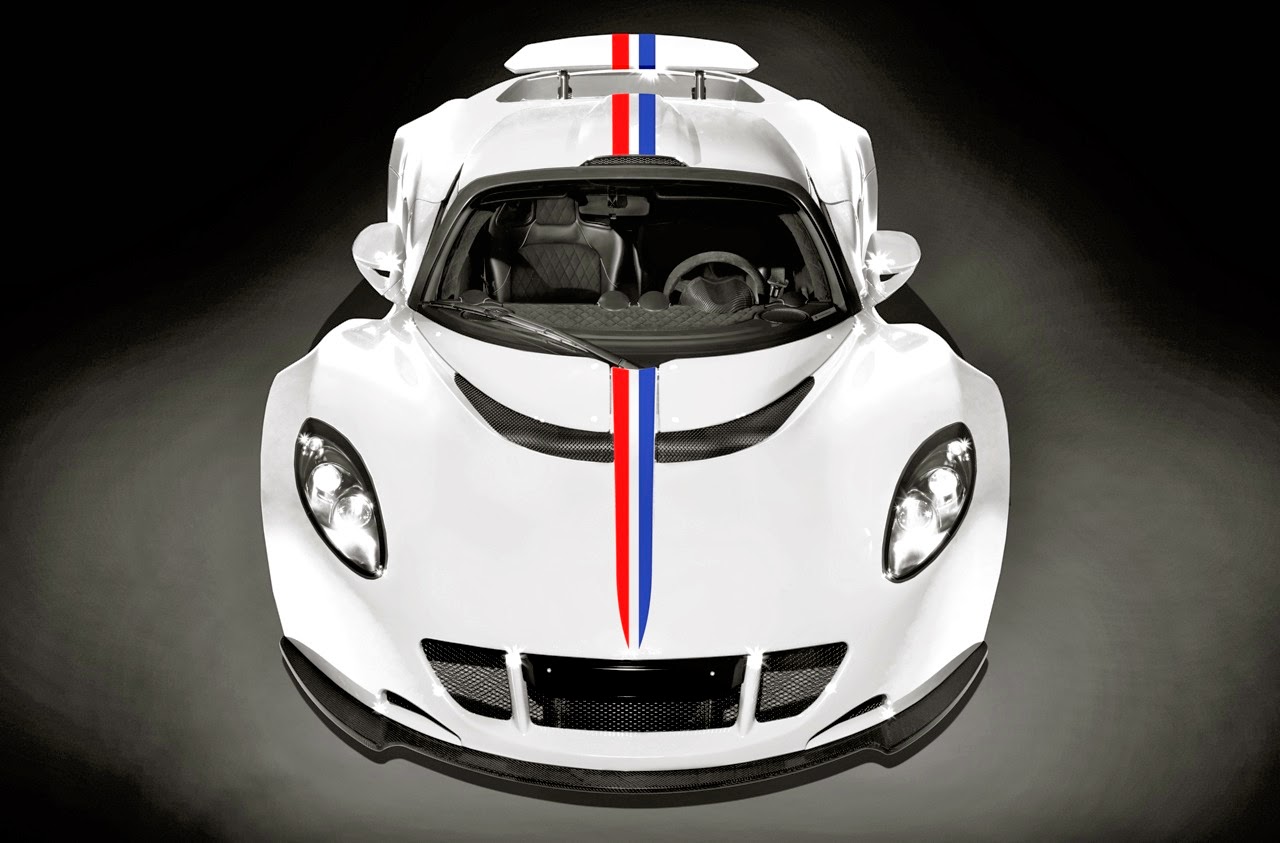 “The Venom GT broke 270 mph on the same runway where the Space Shuttle landed at the Kennedy Space Center,” said company founder John Hennessey.  “We wanted to offer a special paint scheme that would incorporate the colors of the American flag – the same flag we flew on the Space Shuttle runway.  Thus, our special livery package includes a body in white with red and blue stripes.”

All three of the $1.25 million World’s Fastest Edition Venoms being built have already been spoken for, making the WFE not only the fastest but also one of the rarest supercars ever built.

For more information about the Venom GT, please visit http://www.hennesseyperformance.com/venomgt.html