Skip to content
Amelia Island Concours to host winner of the 1914 French GP. It’s the centerpiece of a special display presented by Mercedes-Benz and car owner George Wingard. 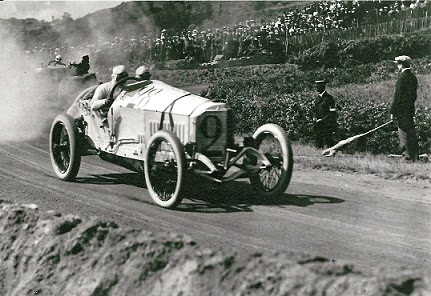 A team of five Mercedes Grand Prix racers traveled to France for the Grand Prix of the Automobile Club of France, less than one week after the assassination of the Archduke
Franz Ferdinand which led to then start of WW I. It was a time of political turmoil
and accelerating technological progress.

At 8:00 a.m. on July 4, 1914, the first pair from the 37-car field left the starting line for 20 long laps of the 23.38-mile GP course. Cars from France, Great Britain, Belgium, Italy, France and Germany drew a crowd reported to be as large as 300,000. Heroics would not win the 1914 French Grand Prix. It was careful organization, engineering excellence and speed that prevailed at Lyon 100 years ago. The numbers were with the five-car Mercedes Team, the largest in the field. Mercedes had the most powerful engines, the fastest acceleration, and the most aerodynamics and were amongst the lightest cars entered. 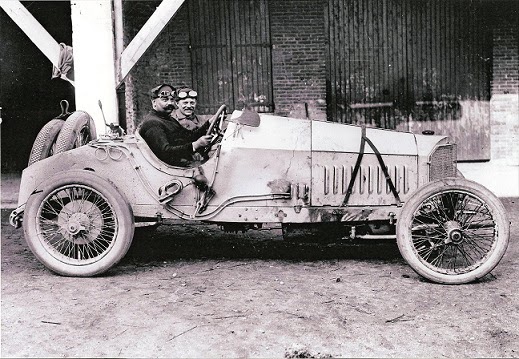 When it was over, the media called the 1914 French Grand Prix “the race of the century” and “the greatest Grand Prix.” After more than seven hours and 466 miles, Christen Lautenschlager and mechanic Hans Reiger were victorious for Mercedes, averaging over 65 mph in a one-two-three Mercedes sweep of the field. 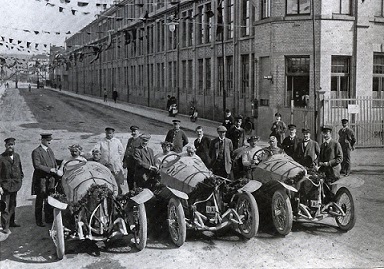 A century ago, a British sporting journal described the Amelia Island Concours-bound 1914 French Grand Prix-winning Mercedes with words that have endured with the same potency
and dignity as the winning car:

“Most striking in appearance were the white painted Mercedes, whose acute V-fronted radiators, straight line bonnet and dash, and curved pocket tail – gave them that complete-from-every-point-of view appearance which gives such an individuality to war vessels of the British Navy and to many of the great railway express engines. They have lines which a camera cannot portray: a white marble of one would be a priceless possession.” 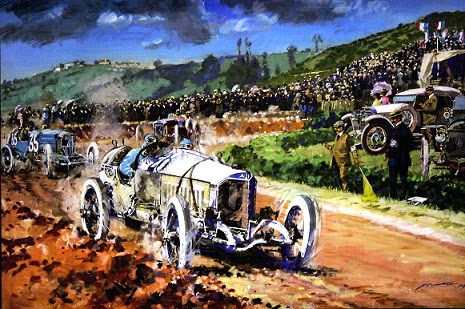 The winning Mercedes will be at the 19th annual Amelia Island Concours d’Elegance, March 7-9, 2014. For more information, please visit https://www.ameliaconcours.org/