The 1980s were lean years for musclecar enthusiasts. There were some bright spots: Corvette, 5.0 Mustang, IROC Camaro, Firebird Trans-Am and turbocharged-intercooled Buick Grand National/GNX. Arguably, the rare, high-boost GNX was the car to beat on the street and strip. If heavy metal music were a car, it would be a GNX: MAXIMUM MUSCLE FROM BUICK! 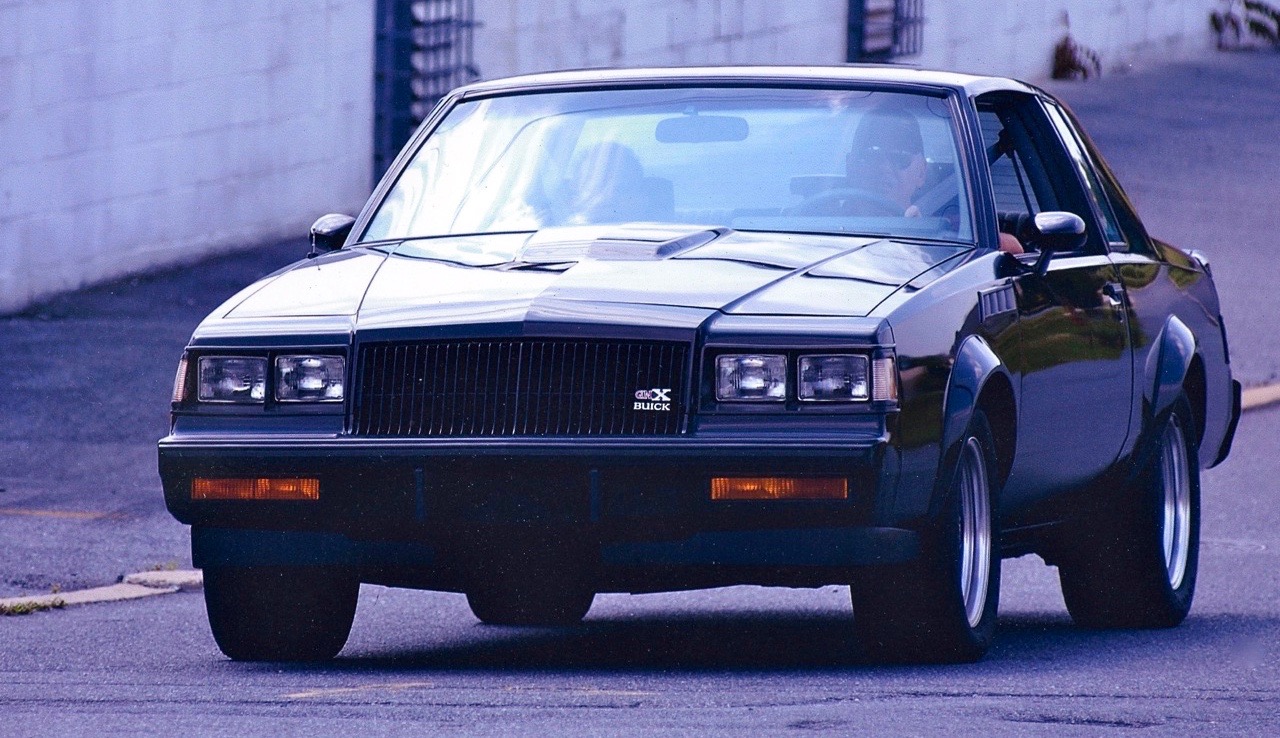 “The GNX is an ax-wielding barbarian laying waste to everything in its path. It rockets to 60 mph in 4.7 seconds and squirts through the quarter-mile in 13.5 seconds at 102 mph,” wrote road-tester Tony Assenza in the May 1987 issue of Car and Driver magazine.

The idea behind the GNX concept (The Grand National To End All Grand Nationals) was hatched at Buick when Lloyd Reuss was General Manager. Boosted Grand Nationals and Turbo Regals were built from 1984 to 1987. While the GNX was still in the development stage, Buick’s reins were turned over to Ed Mertz, also an engineer and GM Vice-President. Reuss moved up the ladder, eventually settling in as GM’s President

Gaia Zol explains Why The Buick GNX Was The Most Badass American Performance Car Of The 1980s at Hotcars.com. Despite its relatively tame and classic looks, the GNX’s beastly performance made it into what can only be described as a sleeper car.

The Buick GNX was a special edition Grand National, produced in only 547 units. The vehicle’s price tag was $29,900. As advertised by Buick’s partner on the project, ASC/McLaren, the GNX was A HIGH-PERFORMANCE INVESTMENT FOR THE FORTUNATE 500. Released during the 1980s Star War movies, Buick promoted the GNX as Darth Vader’s car, LORD VADER, YOUR CAR IS READY.

For information about Andrew Filippone’s BLACK AIR, THE GRAND NATIONAL DOCUMENTARY and the GNX: Check out Andrew’s two-minute “Misfit” teaser video at, http://www.vimeo.com/27452222