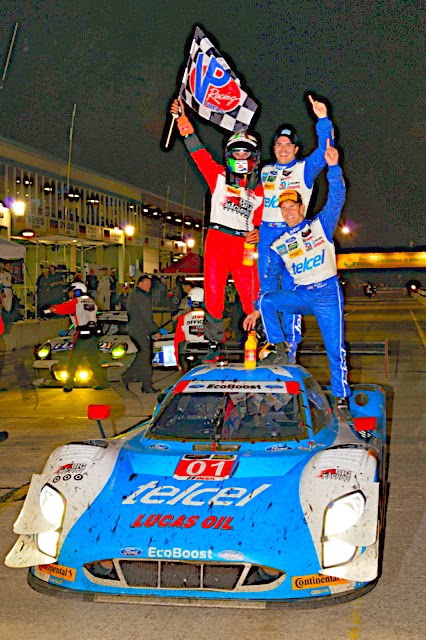 Sebring is one of the most storied and demanding racetracks in the country. It was Franchitti who piloted the 01 Telcel Ford EcoBoost Riley across the finish line first to earn victory in his team’s first appearance at the endurance race. it was the first overall victory for Ford at Sebring since 1969.

“You read about stuff like this,” said Jamie Allison, director of Ford Racing. “The last time Ford won overall was in 1969, and what really makes it so sweet is that this is a win made possible by a production-based Ford EcoBoost V-6 engine. It literally comes out of our production vehicle. It just makes it so, so sweet because it validates what we do at Ford, that the technology we have in our cars is good enough to power an all-out win at the Sebring 12 Hour.” 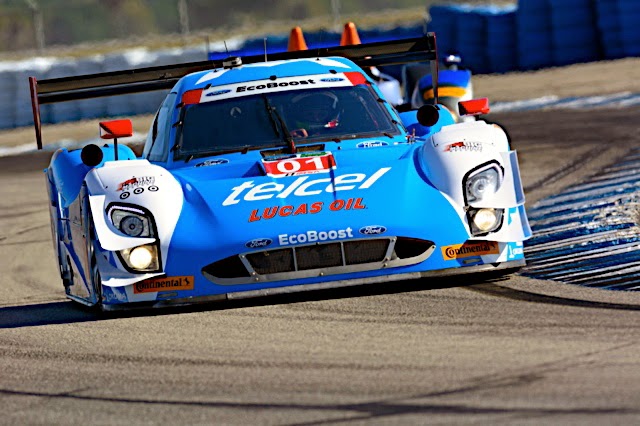 The win was the culmination of intense preparation by the team, Ford Racing, Ford Motor Company and Roush Yates engineers, who worked together to prove that the heart of a production engine can stand up to the most intense rigors and demands of America’s toughest tracks. Over seventy-percent of the engine is production based.

Three prototypes competed with the Ford 3.5-liter EcoBoost: The #01 and #02 of Ganassi,
and  #60 of Michael Shank Racing. The #02 Comfort Revolution/Big Machine Records Ford EcoBoost Riley finished Sixth, while the #60 Need For Speed Ford EcoBoost/Riley also
made the top 10 with a Ninth-place finish.