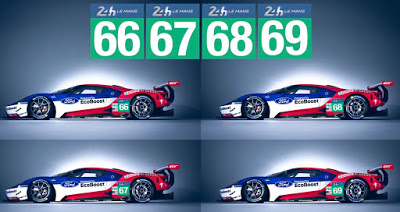 The organizers of the Le Mans 24 Hours, the ACO (Automobile Club de l’Ouest), today confirmed that all four Ford GTs have received a place on the prestigious entry list for the 2016 Le Mans 24 Hours. All four Ford Chip Ganassi Racing Ford GTs will compete for GTE Pro class glory at the world’s greatest motor race, which takes place on June 18-19.

“It was great to see all four Ford GTs up there on the Le Mans entry list today,” said Dave Pericak, Ford Performance global director, who attended this afternoon’s press conference in Paris. “Newcomers are by no means guaranteed an entry, whatever their history or ambitions, so we thank the ACO for giving Ford the opportunity for a four car assault in June.” 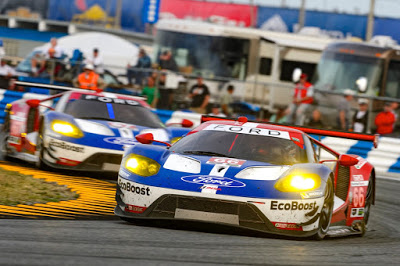 The Ford GT racing car is based on the all-new Ford GT supercar, which is the pinnacle product of the Ford Performance division.  With state-of-the-art aerodynamics, lightweight carbon fibre construction and a powerful and efficient Ford EcoBoost engine, the Ford GT has been built to go head-to-head with the GT establishment – Ferrari, Corvette, Porsche and Aston Martin – as they fight for victory in the ultimate endurance battle.

“I’m very happy that we can run all four Ford GTs at Le Mans,” said Chip Ganassi, owner of Ford Chip Ganassi Racing. “It will be a big challenge for us but one we are thrilled to undertake. We have prepared well and can’t wait to get the Ford GTs onto the track there and show everyone what they can do.”