Skip to content
Ferrari pulls a three-peat; nails International Engine of the Year honors
for third year in a row. 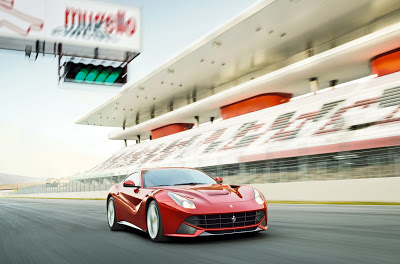 For the third year running, a Ferrari engine has triumphed in the prestigious International Engine of the Year Awards. This year gold went to the naturally aspirated 6,262cc V12. The 740 horsepower V12 engine, in the F12berlietta, took the two categories – Best Performance Engine and Above 4-Litre Engine – which were won in 2011 and 2012 by Ferrari’s 4.5-litre V8.

Considered the industry’s top accolade for the world’s best powertrain technology, the choice
is made by 86 motoring journalists from 35 countries. In the face of stiff competition, the Ferrari V12 was lauded as a masterpiece of engineering, combining blistering performance
with surprising efficiency. 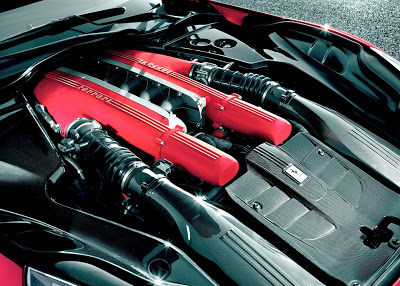 “Winning both these categories for the third year is a fantastic result for everyone at Ferrari.
It is testimony to the efforts of a relatively small group of engineers who constantly strive to achieve ambitious technical objectives, “ said Jean Jacques His, head of Ferrari’s powertrain department. The F12 engine, above, delivers 120 more horsepower and 30 percent lower
emissions than the previous V12 in the 599 GTB Fiorano. 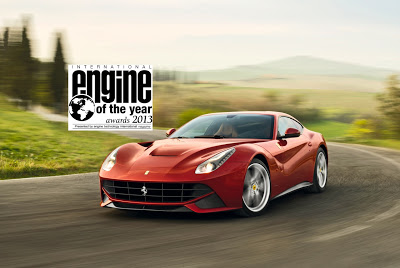 For more information about the latest Ferraris, please visit http://www.ferrari.com/Pages/Gateway.aspx?CountryId=88&CountryTitle=United+States