The concept of putting big motors in midsize coupes spawned the Supercar or Musclecar era – 1960s-1970s – in the U.S. Mercedes-Benz refined the genre in 1988 with ‘The Hammer’, followed by E-CLASS: MERCEDES-AMG SUPER COUPES. 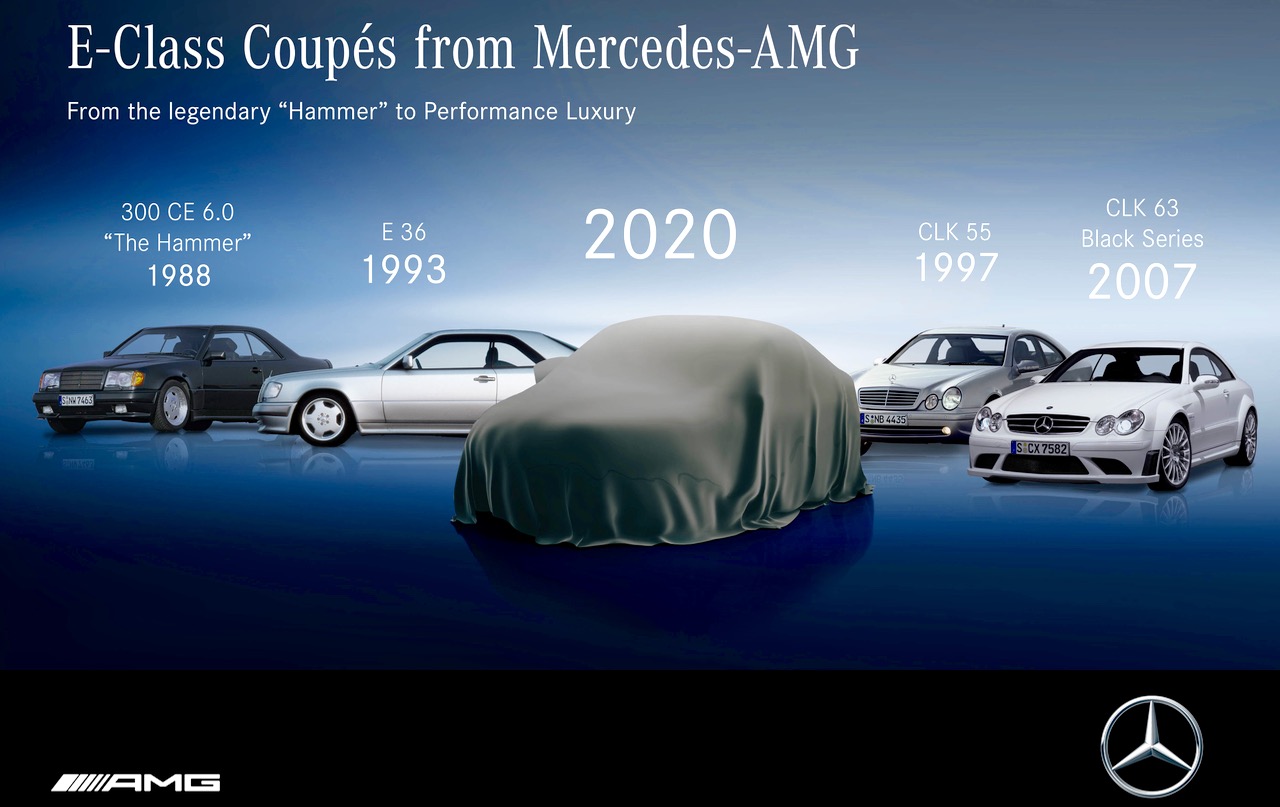 For more than three decades, sporty coupes have been among the top performers at Mercedes-AMG. It all began with the 300 CE 6.0 launched in 1988, which combined two talents previously considered incompatible: super-sporty driving dynamics and high everyday practicality. The Hammer, as its fans reverently called it in the U.S., was a significant milestone for AMG on its way to becoming today’s performance and sports car brand. In the 1990s, the E 36 AMG and CLK 55 AMG continued this success story of AMG Coupes. The CLK 63 AMG Black Series furthered the line in 2007, which was based on the then Official F1TM safety car from AMG, and brought thoroughbred racing technology to the road. With the new E 53 Coupe, Mercedes-AMG takes the next step in the premium sports coupe segment. 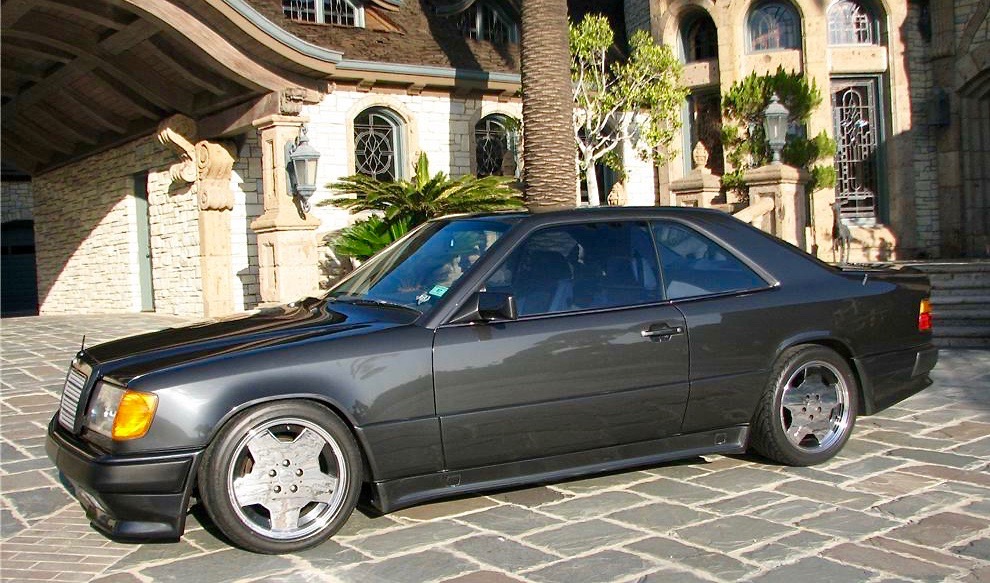 The Mercedes-Benz 300 E became a legend in 1988 as the 5.6 AMG and, thanks to its powerful 5.6-liter V8 engine with 360 horsepower and aerodynamic fine-tuning, it surpassed the magical top speed mark of 300 km/h (186 mph). American fans reverentially christened the powerful AMG vehicle “The Hammer,” due in no small part to its performance credentials, such as its 376 pound-feet of torque, a monumental figure for the time. This was the first time that the performance of a thoroughbred super sports car was combined with typical Mercedes high suitability for everyday use. A particularly striking model of this period was “The Hammer” Coupe 300 CE 6.0, in the wide body version with a further increase in displacement, four-valve technology, increased output to 385 horsepower and 417 pound-feet of torque.

For the sporty, ambitious coupe enthusiast, the E 36 AMG, a high-performance version equipped with a 272 horsepower 3.6-liter four-valve AMG engine, was available in international markets from September 1993 (not officially sold in the USA). The new top model also stood out visually from its less dynamic sister models thanks to subtly enlarged add- on parts. The front spoiler, side skirts and rear bumper were painted in body color and harmoniously integrated into the body’s shape and standard 17-inch light-alloy, AMG-design wheels.

From August 1999, the CLK 55 AMG took the leadership position in the CLK model range. It was based on the then Official F1TM safety car of the Formula 1 World Championship, which was the only one of its kind to be driven around the world’s racetracks from 1997 onwards. The only modification for use was the sports bucket seat for the driver. At the heart of this high-performance coupe was the AMG 5.5-liter V8 engine with an output of 342 horsepower and a remarkable 376 pound-feet of torque. This enabled the CLK 55 AMG to accelerate from 0 to 60 mph in only 5.3 seconds. The AMG engine featured cast-aluminum pistons, which were effectively cooled by special oil spray nozzles. The dual-flow intake system, combined with high-performance camshafts derived from motorsport and the newly developed variable intake manifold, ensured excellent cylinder filling, which was reflected in the exemplary torque.

The extensively revised AMG 6.3-liter V8 engine powered the top model in the next CLK series with an output of 500 horsepower and 465 pound-feet torque. This coupe accelerated from 0 to 60 mph in 4.2 seconds, with top speed regulated at 186 mph. The newly designed axles, the elaborately developed AMG coil-over sports suspension with 19-inch AMG forged wheels, the newly developed steering system and the more powerful AMG high-performance composite braking system guaranteed driving dynamics of the highest standard. The coupe was based on the then Official F1TM safety car from AMG: the striking front bumper with large cooling air vents, widened fenders, the rear bumper in diffuser look and the carbon fiber breakaway edge also visually documented the sporty, aggressive claim.

With the new E 53 Coupe, Mercedes-AMG is opening another chapter in its successful Coupe history. The focus is on consistently strengthening the brand identity with characteristic design features and a thoroughly upgraded interior. The new edition of the E 53 Coupe from Affalterbach also meets all technical requirements in terms of performance and efficiency. The 3.0-liter engine delivers 429 horsepower, thanks to double charging via exhaust gas turbocharger and electric auxiliary compressor. The maximum torque is 384 pound-feet. Its EQ Boost starter-generator provides up to an additional 21 horsepower for a short time as well as up to an additional 184 pound-feet of torque, and also feeds the vehicle’s 48-volt vehicle electrical system.