Skip to content
Paved ovals have been placed on a financial red alert. Times are tough for America’s asphalt bullrings even while dirt tracks seem to be thriving, primarily due to the popularity of sprint car racing. Stephen Cox talks with Scott Kosak. 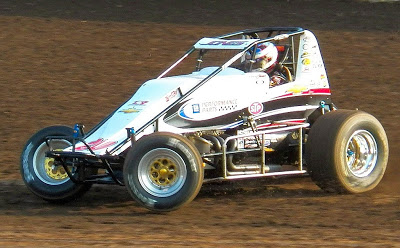 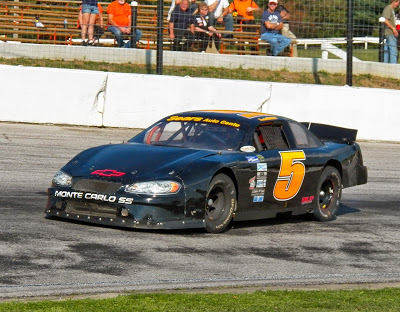 I was recently talking with the owner of a well-known asphalt late-model Touring Series who made a remarkable observation. Here is a guy who has been in auto racing his entire life, and when offered an opportunity to operate a racetrack he responded, “You’ve got to be insane to own a racetrack right now. This is the worst time in the world to own or operate a track. I don’t know how these guys stay in business.”

Those are heavy words from a man who is in a position to know. Not only are paved tracks closing left and right, but many of the telecasts that once promoted asphalt bullrings are defunct. The major network telecasts featuring the old American Speed Association are long gone as are the former Hooters Pro Cup programs on SPEED. Even the recent regional telecasts from the ARCA Truck Series, Mid-American Stock Car Series and the Super Cup Stock Car Series are off the air now.

“Outside of NASCAR, local asphalt oval racing just doesn’t get exposure on the national scene that the World of Outlaws does,” said Scott Kosak of RacingIn.com, a motorsports media hub that has a huge following among dirt track fans. “And its not just sprint racing. Its late model racing and even at the local level, its street stocks and enduros. Stock car racing on asphalt ovals is just dominated by NASCAR. You don’t even see ARCA on TV very often unless it’s one of the restrictor plate races.” 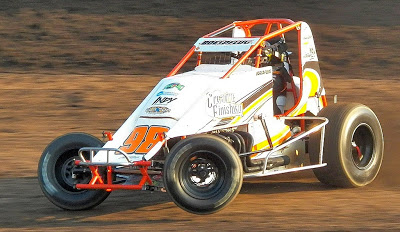 “Really, there have been a lot of dirt tracks that have launched in the last four or five years, but not a lot of asphalt ovals. There is a lot of what I call “heritage” ovals. I believe that asphalt oval racing is very heritage and loyalty based.”

“But you see the World of Outlaws (in the media) a lot and I think there are a lot of people out there that get excited about dirt track racing. The amount of news in the mass media about dirt track racing is a lot more than what you see about grass roots paved oval racing. So I think (the number of tracks closing right now) is more about cause than effect.”

Kosak cites a broad study recently conducted by RacingIn.com demonstrating a surprising growth in dirt track racing despite the tough economy that has wrought havoc on asphalt tracks. 40% of the survey’s 2,200 respondents attended more local dirt track events in 2014 than the previous year, while an additional 38% reported their 2014 attendance as staying about the same. Only a handful reported attending fewer dirt track races last year. 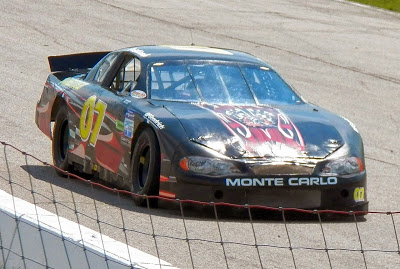 “Cannibalism” is the term Kosak uses to describe the current situation at every level of paved oval racing. Indycar, for instance, has attempted to grow by enticing fans away from NASCAR, as evidenced by Kurt Busch’s 2014 Indy 500 run and numerous NASCAR-related announcers occupying Indycar’s TV booth in recent years.

Local tracks use the same methods, viewing other nearby tracks as competition. Kosak firmly believes that track promoters must expand the motorsports audience rather than merely attempting to capture a bigger share of the existing demographic.

“Too often, local tracks focus on the fans they have and they forget to reach out to engage the fans who don’t know about them yet. You would be absolutely amazed at how many people look at our track maps and say, ‘Wow, I didn’t realize that there were that many tracks there!’” 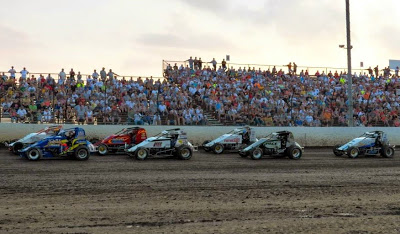 “The more that promoters have their eyes opened to the throngs of people who could see racing as a family entertainment option over a movie, an amusement park, or the local miniature golf course, the more that fans could be introduced to grassroots tracks.”

“Those that are able to make the mental leap to thinking of it as a business first and a track second will be the most successful in the long run.“