Skip to content
The best of the best are celebrated at one of the premier concours in the country. Our man Mike (Matune) was on the show field. 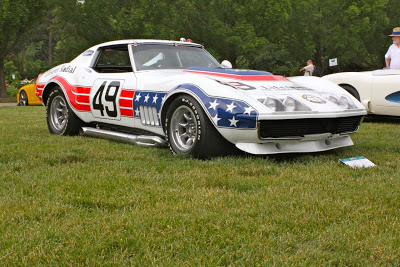 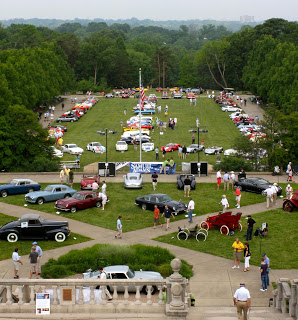 Last weekend, the Ault Park Concours de Elegance celebrated 36 years of presenting extraordinary cars in an outstanding park setting. For those unfamiliar with the event, it occurs annually in Cincinnati, OH, benefiting the Juvenile Arthritis Foundation.  As in years past, the show boasted a cross section of automobiles with special emphasis on Sixty Years of Corvettes, One Hundred Years of Aston Martin and Fifty Years of the Porsche 911. Also included were thirteen classes of classic, vintage and exotic automobiles, and motorcycles. The organizing committee’s prayers were answered when the inclement weather had the decency to hold off until after all the prizes were awarded!

You will often hear the Corvette referred to as “America’s Star Spangled Sports Car,” also in the title of Karl Ludvigsen’s seminal Corvette book (CORVETTE, America’s Star Spangled Sports Car). The paint job on Chuck Ungurean’s #69 Greenwood Stars & Stripes racing Corvette, top, emphasizes that theme. It was driven by John Greenwood, Don Yenko among others at Sebring, Daytona and Le Mans. Powered by a 750 horsepower aluminum 427-inch ZL-1 big-block
engine, it was clocked at 215 mph at Le Mans. 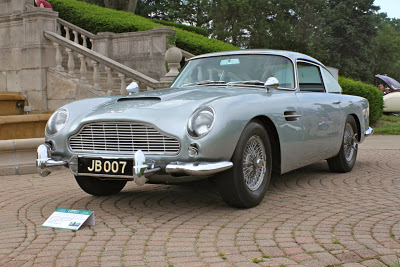 All right, now grasp the lapel of your white dinner jacket, look into the camera with an icy stare and say “Bond, James Bond.” Here is the star (with apologizes to Sean Connery) of two Bond films, Goldfinger and Thunderball. The Auto Museum of Cincinnati is the present owner of the Aston Martin, which at least in spirit, belongs to all of us. Perhaps it wasn’t surprising that the car would return to its display duties at the Museum with the People Choice Award. 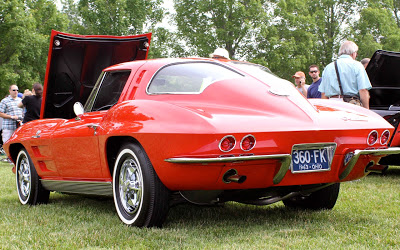 The celebration of Corvette’s Sixtieth year and the 1963 Sting Ray’s Fiftieth continued at Ault Park. Here we have a superb example of the latter: Ivan Rudy’s unrestored, red split window. 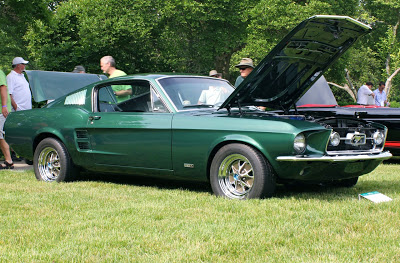 Leading off a row of “American Muscle” is Don Silver‘s fastback ‘67 Mustang GTA.
Equipped with a 320-horsepower 390-inch big-block and an automatic transmission,
it was a one-year-only model. The car, resplendent in its Dark Moss Metallic paint (Bullitt),
ably represented a high point in Ford ponycar production. 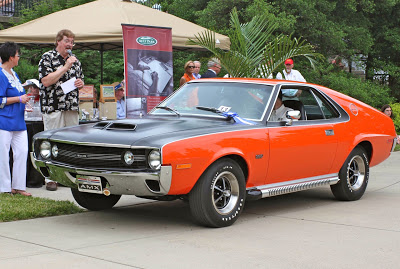 Often overlooked in discussions of musclecars are AMC’s contributions: Javelin & AMX. Not so with the Ault Park judges, who found Bjorn Nordemo’s ‘70 AMX to be the best example of entries in the American Performance Group. Nordemo’s car was optioned to the max with 390 “Go Package,” side pipes, raised white letter tires, etc. 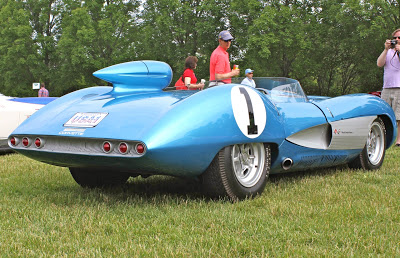 Indy’s Speedway Hall of Fame Museum sent over its ‘57 Corvette SS racer for the Concours. Conceptually based on the Mercedes 300 SLR, a dominant sports racer of the era, the
space-framed, magnesium-bodied Corvette reflects the influence of Zora Arkus-Duntov.
Power was from an injected 375-horsepower small-block. After running at Sebring, it fell
victim to GM’s participation in the AMA racing ban. 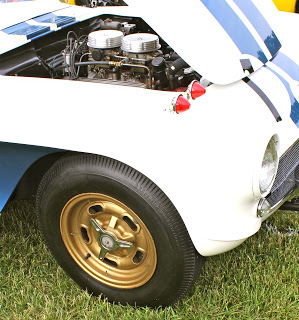 Chuck Ungurean also brought his ‘56 Corvette, left, dubbed the “Real McCoy.” It was a Chevrolet factory entry at Sebring in 1956, where it won its class. It would represent a high point in the Corvette’s competitive history before the dark days of the AMA racing ban enacted in 1957. Finished in traditional American racing livery – white with blue stripes – it sports a dual-four-barrel 307-inch small-block and four-speed. transmission. The marker lights on the front fenders helped identify the racecar after dark.

Some cars serve as mileposts in time, helping to fix a time, an era, and an age. Such is the case with Bob Waldock’s ‘59 Cadillac Biarritz Convertible, below. It stands sentinel between the Eisenhower and Kennedy presidencies, between Happy Days and Flower Power. It is a car that couldn’t have occurred before or after the moment in which it did. 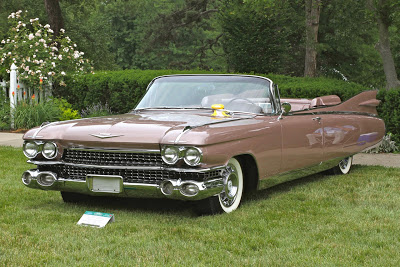 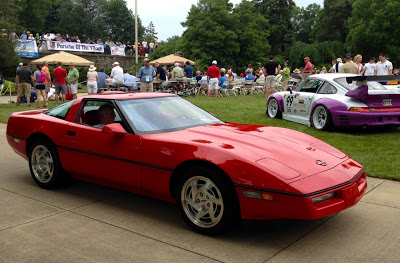 Maureen Matune snapped this shot of Kenton Noran’s ‘90 Corvette ZR1, winner of Best in Class for Street Corvettes. Between 1990 and 1994, ZR1 Corvettes were powered by the four-cam, four-valve LT5 small-block with heads designed by Lotus, engines assembled by Mercury
Marine, Stillwater, OK. Prepared cars set FIA records, but ZR1 was not a sales success
story. Horsepower ranged from 375 in 1990-’92; 405 in 1993-’94. Larry Schumacher’s
‘97 Porsche 993 GT2 sits in the background. 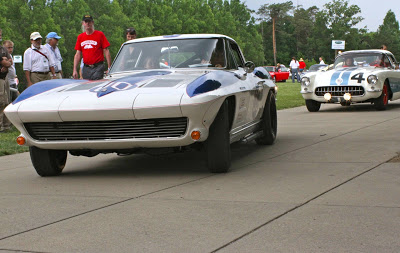 The late afternoon brings the show to an end for another year. Filing off the field are two pieces of Corvette racing history: Jim Jaeger’s ‘57 Sebring Corvette trails his ‘63 Z06 split window coupe. Both cars were significant winners, the ‘57 taking Dick Thompson and Gaston Audrey
to a Sebring class win and the ‘63 carrying Dave McDonald to victory in the first meeting
of the Z06 and Shelby’s Cobras at Riverside Raceway.