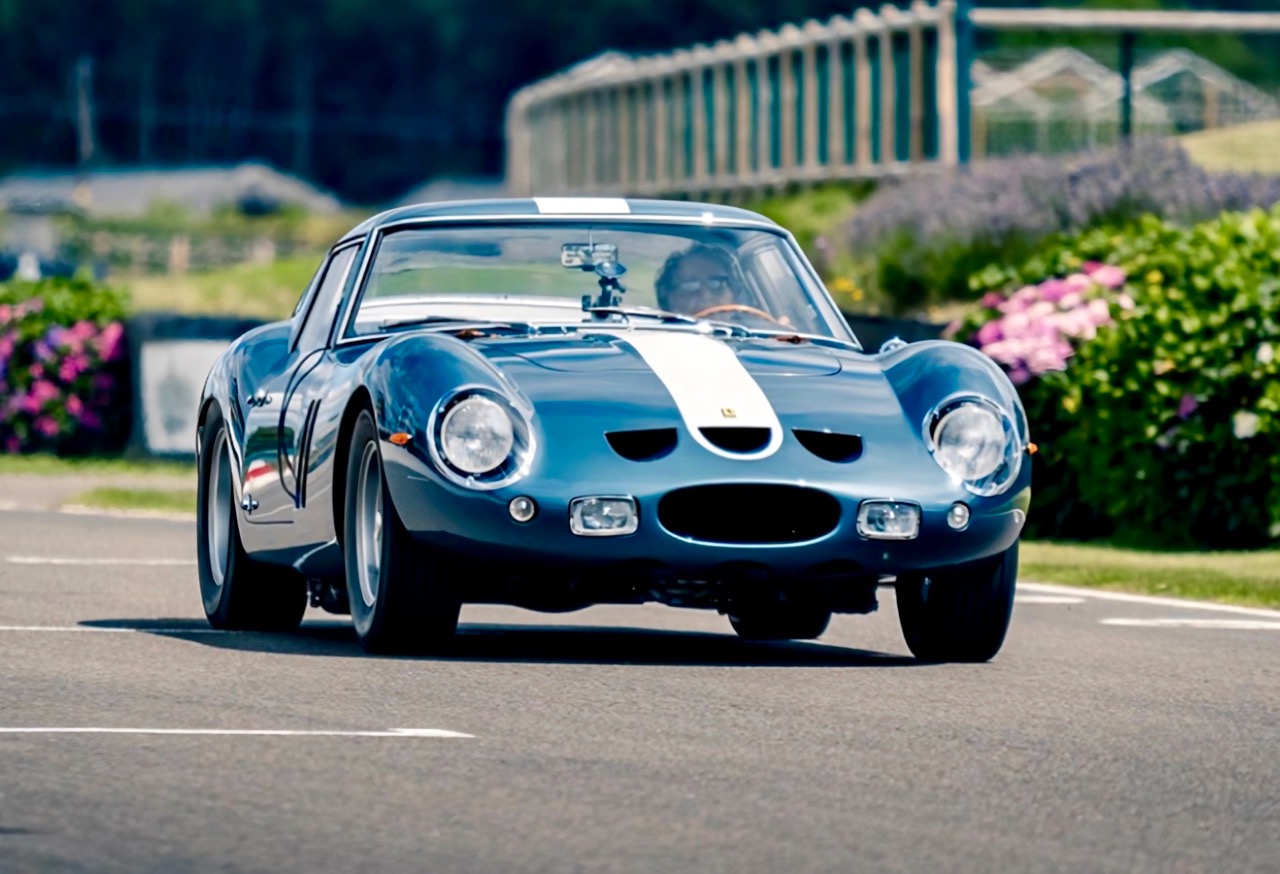 The Concours of Elegance, presented by A. Lange & Söhne, will gather a collection of the rarest and most astonishing Ferraris ever built, crowned by racing legends like the 250 GTO, 250 LM and 275 P2/ 365 P2. These Ferraris make up just a small selection of the lineup of Coachbuilt rarities, race-winning Formula One cars and bespoke modern day Hypercars joining the Concours of Elegance 2020.These are the iconic Ferraris headlining CONCOURS 2020: WORLD’S RAREST FERRARIS:

The factory test car and the second Ferrari 250 GTO ever produced of the Iconic series, this prototype is unique as the only GTO with the early pop-riveted rear spoiler. After leaving the factory, Chassis 3387GT was shipped to Luigi Chinetti and was soon raced at 12 Hours of Sebring where it finished 1st in class and 2nd overall in the hands of NART drivers Phil Hill and Olivier Gendebien. 3387GT has a fantastic period competition history, having raced on both sides of the Atlantic, including Le Mans 24 hours, Nassau and Daytona. This Ferrari GTO is presented in perfect condition, having been totally restored by Joe Macari and Ferrari Classiche to as exactly as it left the factory in 1962. 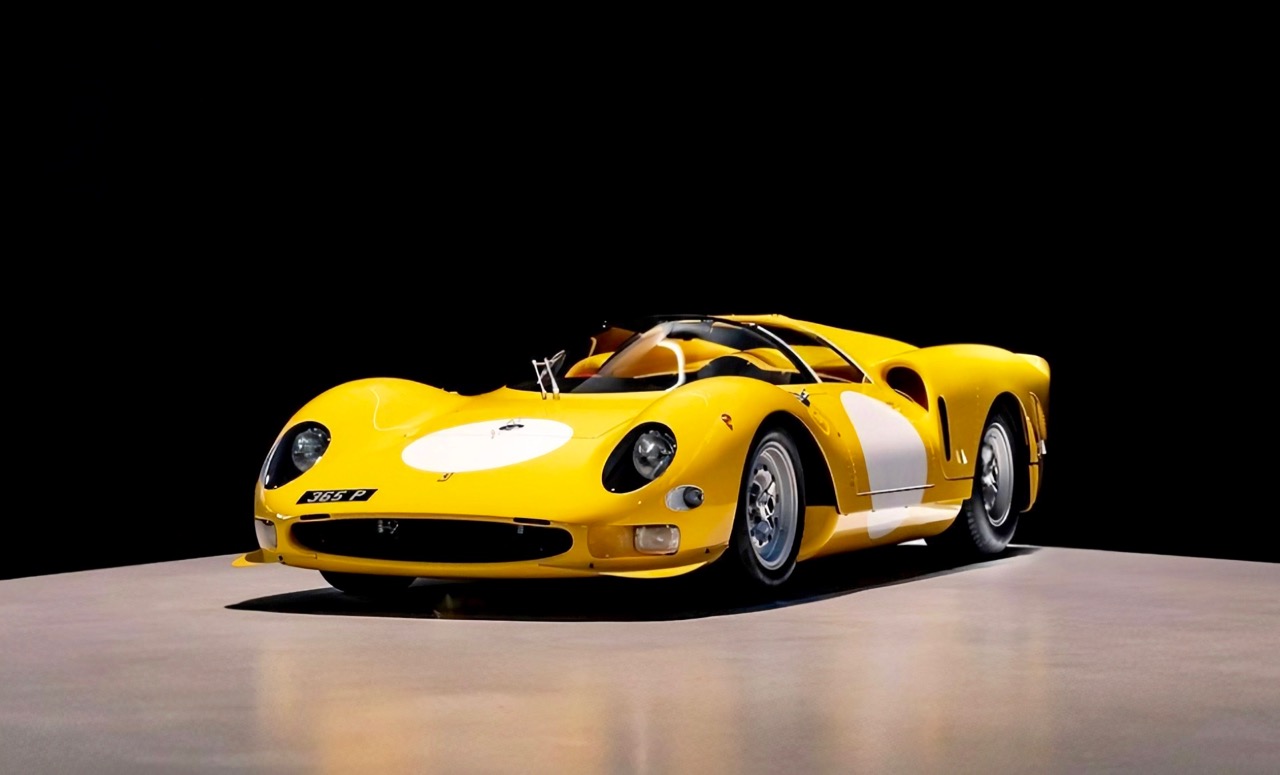 The Ferrari P Series was a lineage of Italian Sports Prototype racing cars produced by Ferrari during the 1960s and early 1970s. The 275 P2 was released in 1965, destined to battle Ford at the Le Mans 24 Hours. It wasn’t victorious there, but this example did win the Targa Florio and 1000km Nurburgring in 1965, racing for the Ferrari factory team. Later in its life it was raced by the Ecurie Francorchamps team and converted to 365 P2 configuration, which is how it is presented here following a full Ferrari Classiche restoration. 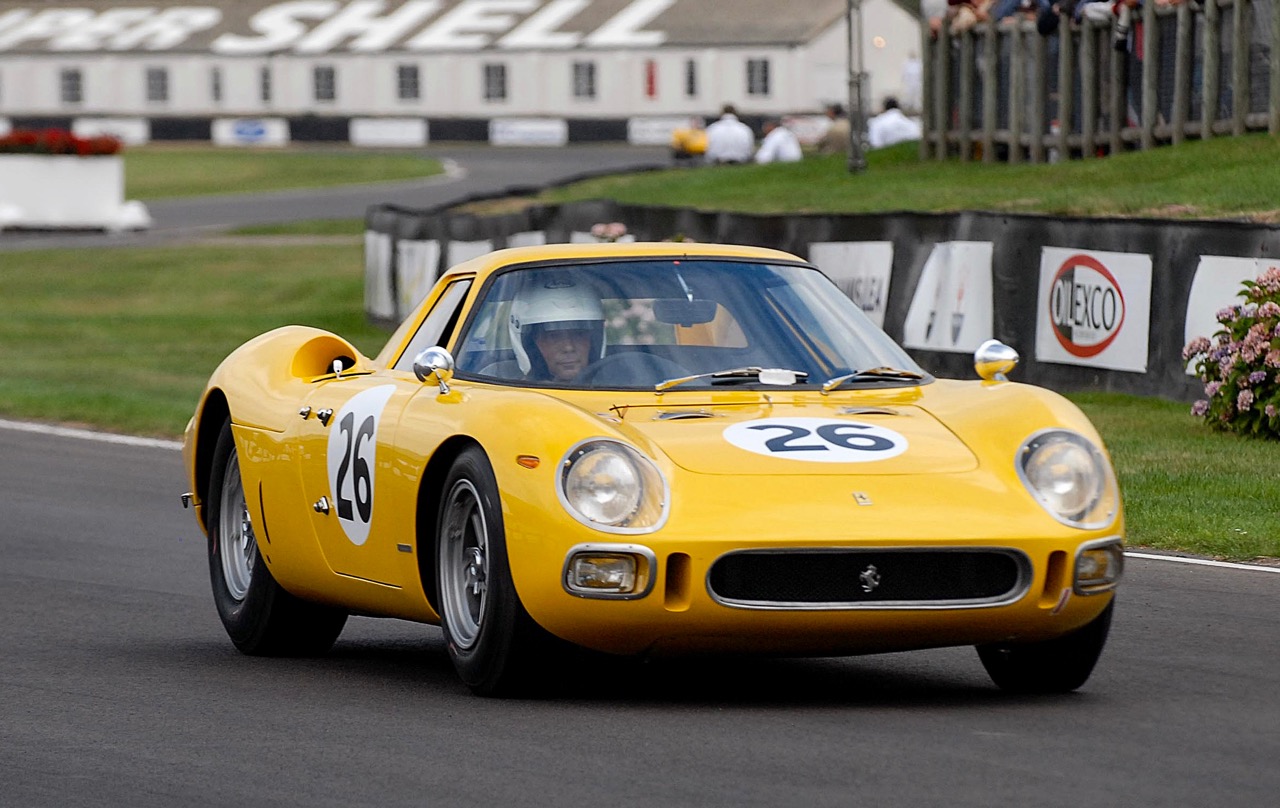 The Ferrari 250 LM was the Berlinetta version of the 250P prototype, sharing the same chassis and running gear with minor modifications. Unfortunately, the FIA refused to homologate it as a grand-touring car, which damaged its sales potential and meant it was forced to race as a prototype. Nevertheless, it still enjoyed motor sport success driven by many of the greatest names of its time, and in 1966, with the introduction of Group 4, it gained official acceptance. Also, central to the history of the 250LM are the famous and loyal privateers, who were responsible for its biggest successes. This second-to-last Ferrari 250LM built (chassis 6313) was sold new to the Ecurie Francorchamps racing team on April 22, 1965. Its best result came at the Le Mans 24 Hours, where Pierre Dumay and Gustave Gosselin piloted it to second place. 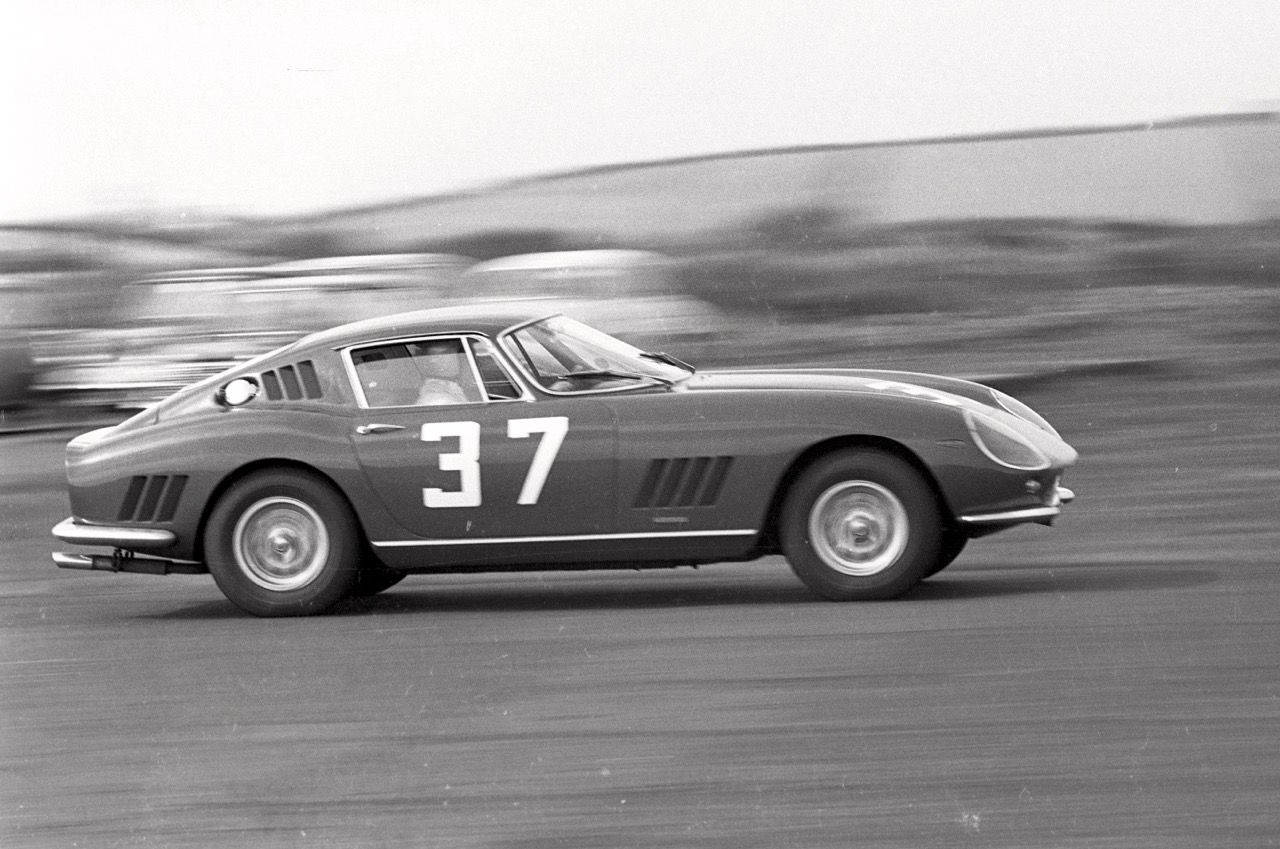 The 275 GTB replaced the 250-series cars, which meant that something was needed to supersede the 250 GTO in racing. For that reason, Ferrari produced the Competizione Clienti variant of the 275 GTB. These used a lightweight aluminum body, external fuel-filler cap and a larger 140-litre fuel tank. Each of the ten cars was hand-built, and each one varies in detail. This car, chassis 07407, is one of that first series of ten Competizione Clienti cars built in 1965 by the factory Competition Department. These featured specially prepared engines with high-lift camshafts and six twin-choke Weber 40DCN/3 carburetors producing an impressive 290-300 horsepower. 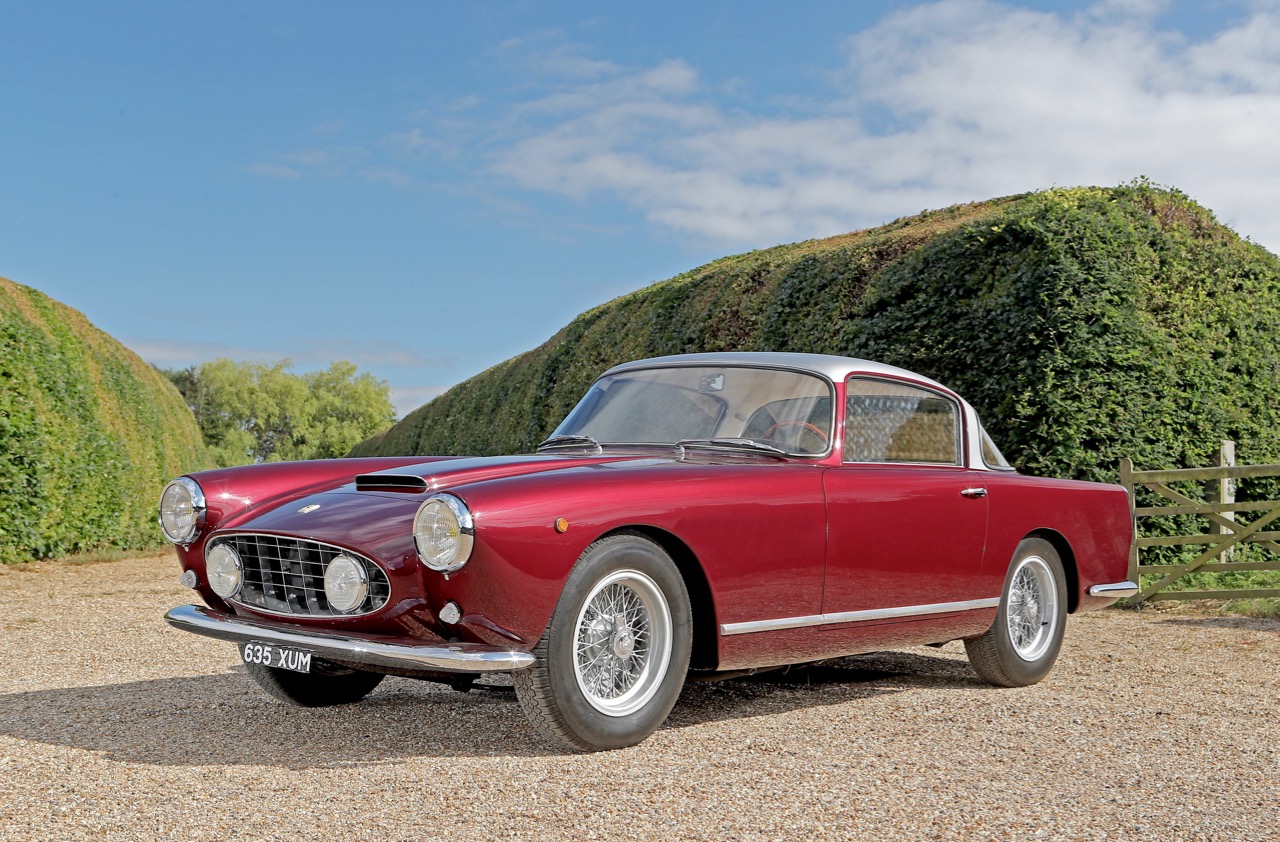 Following on from the first Ferrari 250 GT series cars in 1954, Pininfarina introduced the second series, a 250-based prototype, at the 1956 Geneva Motor Show. This was known as the 250 GT Boano, after Mario Boano to whom Pininfarina turned for assistance in order to meet demand for construction. Pininfarina had recently become Ferrari’s coachbuilder of choice, but his new production plant outside Turin was still under construction. With the old one working to capacity, he handed the build of the 250 GT to Mario Boano, who was previously with Pininfarina and was now working independently. After building 80 examples, Boana handed over production to his son-in-law Ezio Ellena, at Carrozzeria Ellena. Ezio built only 50 Ellenas, although the first eight were identical to the Boano models. This car is the 17th Ellena, featuring elegant, high-roof bodywork.

The CONCOURS 2020: WORLD’S RAREST FERRARIS Main Concours display is just one part of the overall Concours of Elegance event, which also includes special features like a McLaren F1 GTR display celebrating McLaren’s victory at Le Mans 24 Hours in 1995. The Future Classics class will be returning, showcasing a line-up of the latest bespoke or limited edition Hypercars and hundreds of rare and exotic cars will enter the Palace each day for the Car Club Displays. Sponsored by Classic & Sports Cars, these displays are made up of entrants from some of the nation’s top car clubs, including those of Jaguar, Bentley, Aston Martin and more.

The Concours of Elegance 2020 takes place September 4-6. With audience welfare in mind, the organizers have created a new operational plan including revised hospitality and restricted audience capacity, with the introduction of separate morning and afternoon tickets. Guest numbers will also be strictly limited to comply with social distancing guidance.