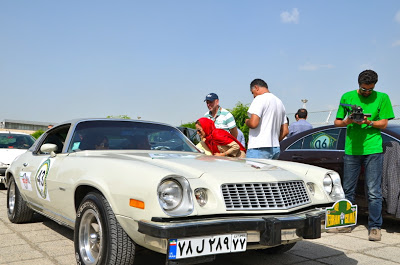 In search of new classic/collector car hobby experiences, I made a decision to tour the world and visit not just the usual destinations. After my experience in India that brought me to Rajasthan where I met the Maharana of Udaipur and many other enthusiasts, my next destination was Tehran, Iran. Tehran is home to the Tehran Café Racers, a satellite car guy lunch and events group linked to the Sarasota Café Racers in Florida

I know a car guy in Tehran who drives serious American muscle cars through the streets of the Iranian capital – a situation I could hardly believe. With my humble knowledge of this country I wondered: How could anybody survive this? Reason enough to visit Iran, meet this guy and check out what car guys are up to in the Middle East. 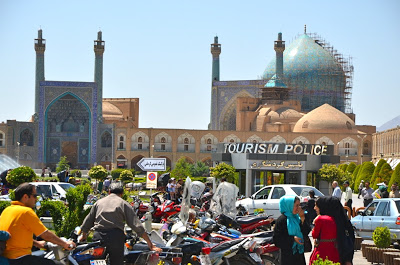 When I told a friend that I was going to visit Iran, the reaction was typical. “Where are you going? Are you nuts? This is way too dangerous!“ And when I told them that I plan on taking my wife and our 11-year-old daughter, they definitively thought I had lost my mind! After a couple of days my wife and daughter agreed to come with me – curiosity winning out over the concerns. I felt it was no big deal; children are living there and leading normal lives. The main square in Isfahan, above, home of the Isfahan Cafe Racers.

The trip planning exposed some potential problems. After searching the Internet for visa information, we discovered that there were all kinds of timing issues relevant to when we wanted to depart. We had to get a reservation number for applying for visas, weeks in advance of leaving, plus the usual passports and photos requirements. 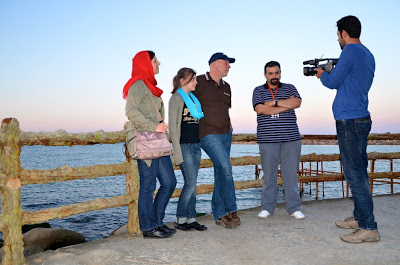 Our friend and Manager of the Tehran Café Racers, Ramin Salehkhou, right, above, with Claus Mueller, wife Sabine and daughter Loni, told us we would be able to get the necessary visas upon arrival at the airport without any problems. As the time was too short already for the official visa procedure, we decided to just fly to Tehran, via Munich and Dubai.

Ramin was right. At the airport a friendly man at the VISAS booth asked for our passports and a contact number of the person we will meet in Iran. Five minutes later we made our way to Immigration and in just a few more minutes passed in Iran! A considerably less complicated process than we usually encounter when visiting the U.S. 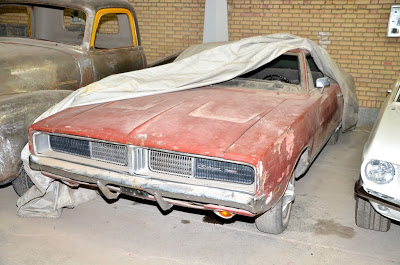 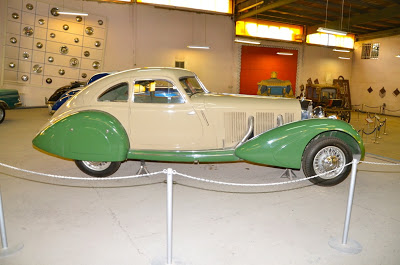 Our friend picked us up and later in the day we visited two workshops, both filled with American cars, including Mustangs, a GMC pickup, Camaro, Corvette, Buick Riviera, a Dodge Charger, above, and others. Then we were off to a classic car museum that has one of only two Mercedes Benz 540 K Autobahnkurier, above, models built. I thought they built just one!
Not to forget the Ferrari, Lamborghini, Bizzarrini, Porsches, Rolls- Royces, and a
‘25 Pierce Arrow, below, with VIN #1! 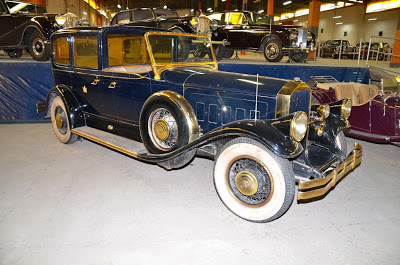 I was really pleased to meet the president of the Motorcycle and Automobile Federation of the Islamic Republic of Iran, who welcomed me as an international guest. The Classic Car
Committee of the Federation acted as the organizer of the rallye that we were planning to participate in. Our friend Ramin, president of the committee, is also a friend of Marty Schorr
and runs one of the three (Tehran, Isfahan and Shiraz) Café Racer satellites in Iran.
My connection is that I run the Munich Café  Racers. 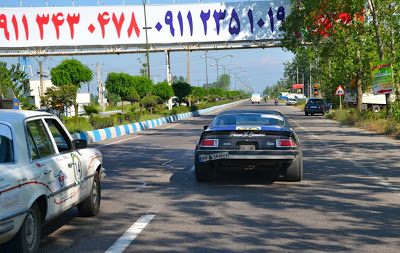 The next day began with the start of the rallye, which hosted some 60 cars including a couple of Gen V Camaros and some serious muscle cars. Ramin, above, in his Baldwin-Motion Phase III 454 Camaro. We were in one of the support vehicles and left the city, heading north through the mountains. After about a one-hour drive the whole rallye was stopped by Police officers who questioned the event’s permits. It took about three hours to clear the situation. 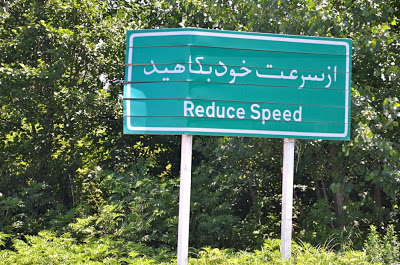 Winding our way through the mountains toward the Caspian Sea, a narrow gorge marked one of the most attractive landmarks of the route. Finally we reached Ramsar where we stayed overnight. The hotel’s parking lot was packed with American classics – Chevrolet Bel Air & Impala, Pontiac GTO and Firebird, a couple of Camaros and Cadillacs and two Corvettes. 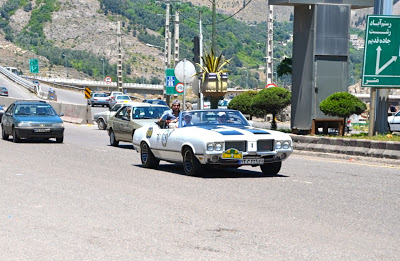 There’s no doubt that Iranian car enthusiasts love American cars. I asked one of the guys how this can be in the face of the current political situation. His answer: “That is only politics and we don’t give a crap about politics. We just love the cars!” We talked about cars in the hotel lobby until way after midnight and, if I didn’t knew better, I could have been anywhere in the world. I certainly did not expect this experience in Iran! 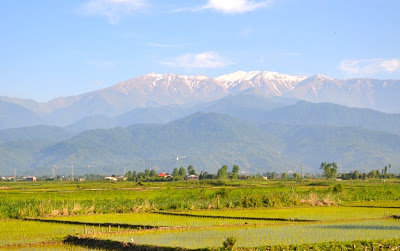 The second day of the rallye route was along the Caspian Sea towards the city of Rasht where lunch was scheduled. As a special guest of the event organizers, I was interviewed for TV channels and radio stations, programs to be broadcast throughout Iran. A local Member of Parliament spoke with me and wanted to make sure that everything was fine and offered to help in any way. Overall, people were incredibly friendly and helpful. 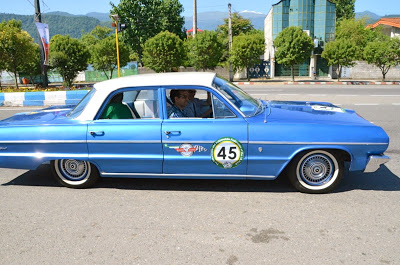 The third day of the rallye brought us back to Tehran. We passed rice fields, tea plantations, green mountains and an artificial lake in a desert area that reminded me a little of Lake Mead, Nevada. The finish line was at a stadium in Tehran and by late night all cars had arrived safely. 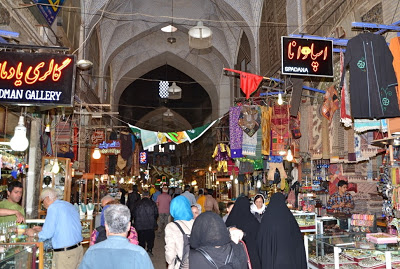 Our next stop during our stay in Iran brought us to Isfahan, where Ali Samandarien, Manager of the Isfahan Cafe Racers, was our tour guide. He showed us his wonderful hometown including the non-tourist “shopping mall,” above, and the Mueller family made a new friend. 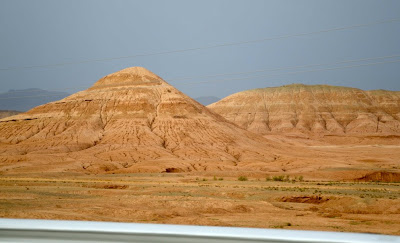 Iran is a very interesting country. The landscape of the desert area between Tehran and Isfahan is very similar to the Mojave Desert between Los Angeles and Las Vegas. We found local people we met to be extremely friendly, helpful and well educated. The food was great and the shops we visited were well stocked and offered great varieties of products. What really caught our attention was excellent road conditions, and gas prices which translated into approximately one U.S. dollar per gallon! We didn’t meet people who were interested in international politics and, in general, most were really happy to see American cars and our classic car activities.

In general, it’s good to think twice before judging people and politics in foreign countries until you experience them yourself. There is a huge difference between people and governments. As someone who trusts his government, I am really irritated by the information my government (Germany) publishes regarding visas and other requirements about traveling to Iran. Much of it proved to be wrong and, after visiting Iran, would suggest to others that they do more research and contact people in the country they are planning to visit before making any decisions. 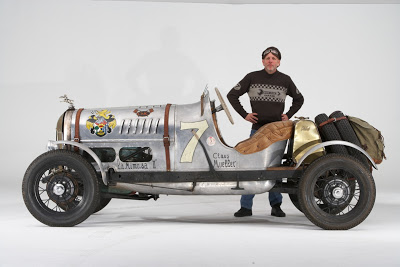 For anyone interested in Claus Mueller’s, above, car guy adventures, check out his blog (in German, but with a Google Translator), http://www.classicmotourist.blogspot.de/

Lots of American cars, including new Gen V Camaros, were filmed at the start of the rallye,
http://www.youtube.com/watch?v=RXM8YFXYcvQ

For more information about the Café Racers Community, please visit