Cadillac reveals the liveries for the three all-new CADILLAC ELECTRIFIED V-LMDh RACECARS that will make their competition debut at the Rolex 24 At Daytona this month. 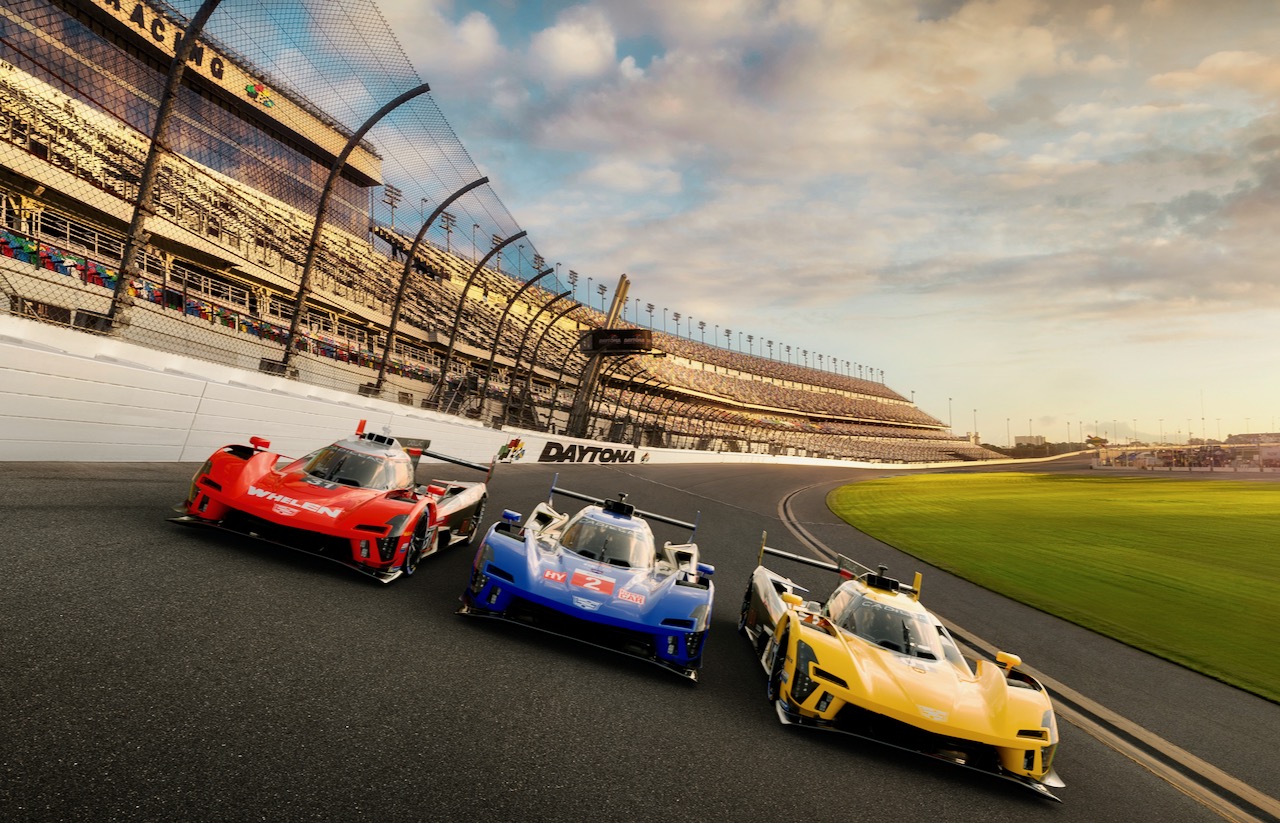 The three distinctive designs represent the teams campaigning the all-new Cadillac V-LMDh, each with a different bold color from the Cadillac V-Series emblem.

“Cadillac is ready to compete against the very best in North America and internationally — including one of the world’s toughest races, the 24 Hours of Le Mans,” said Global Vice President of Cadillac Rory Harvey. “As Cadillac builds toward an all-electric future, the all-new V-LMDh furthers our dedication to exploring new advanced performance technologies.”

The CADILLAC ELECTRIFIED V-LMDh RACECARS are powered by Cadillac’s all-new LMC55R 5.5L DOHC V-8 that’s paired with the LMDh common hybrid system. Developed in-house, the naturally aspirated racing engine is rated up to 670 horsepower, per series specifications, and is backed by a seven-speed sequential gearbox.

“From an aesthetic point of view, the LMDh regulations allowed us to create a vision for the car that is clearly Cadillac,” said Chris Mikalauskas, lead exterior creative designer, Cadillac. “And that’s really exciting for fans and for people who are true enthusiasts, every car is unique.” 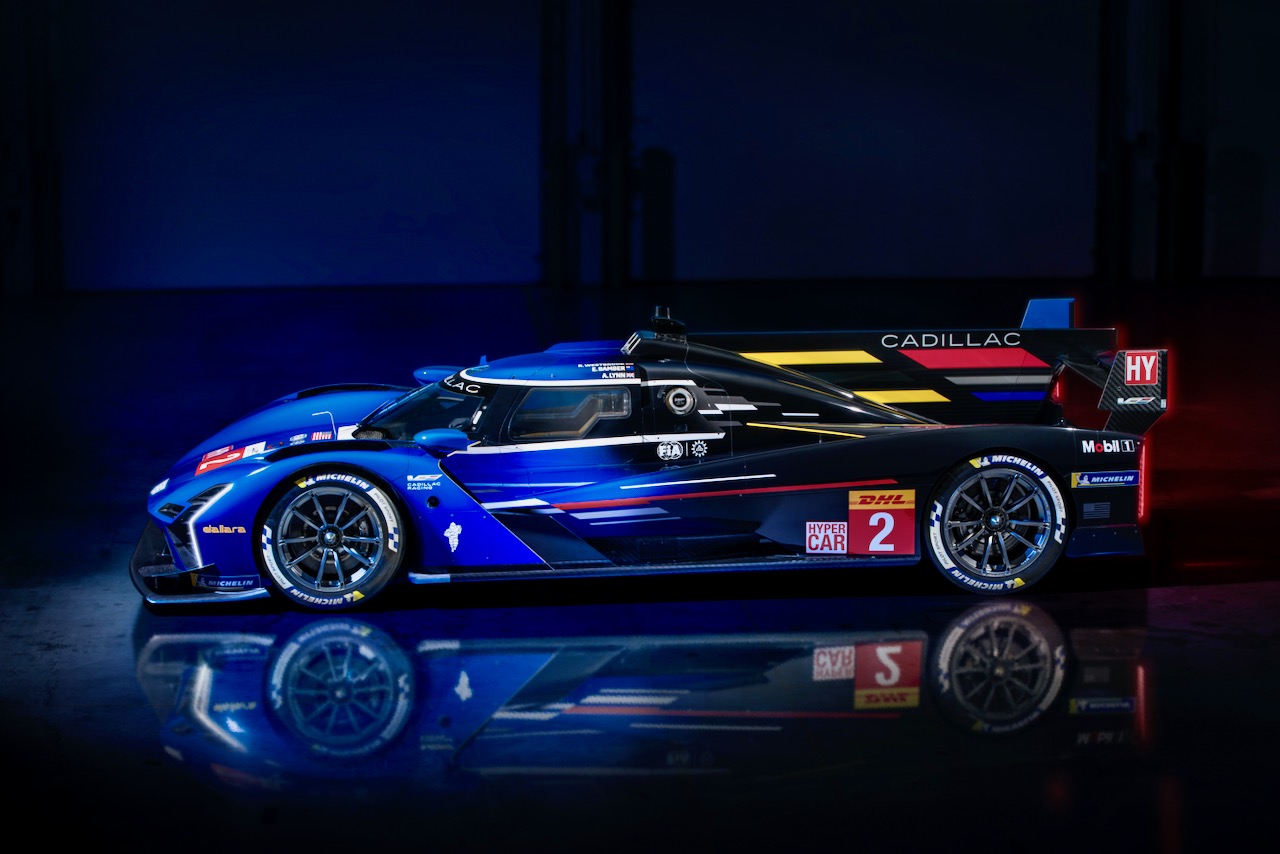 Each Cadillac Racing driver contributed to the V-LMDh’s development. Earl Bamber, Alex Lynn and Richard Westbrook will co-drive the No. 2 Cadillac V-LMDh in FIA WEC competition, including the centenary Le Mans 24 Hours, and the Rolex 24 At Daytona, where the car will compete as No. 02. The No. 2 is in homage to the first Cadillac entry at Le Mans in 1950, Briggs Cunningham’s “Le Monstre”.

Additionally, Sebastien Bourdais and Renger van der Zande will drive the No. 01 Cadillac V-LMDh in the IMSA WeatherTech SportsCar Championship. They will be joined by six-time IndyCar champion and four-time Rolex 24 At Daytona winner Scott Dixon for the 2023 Rolex 24 At Daytona. 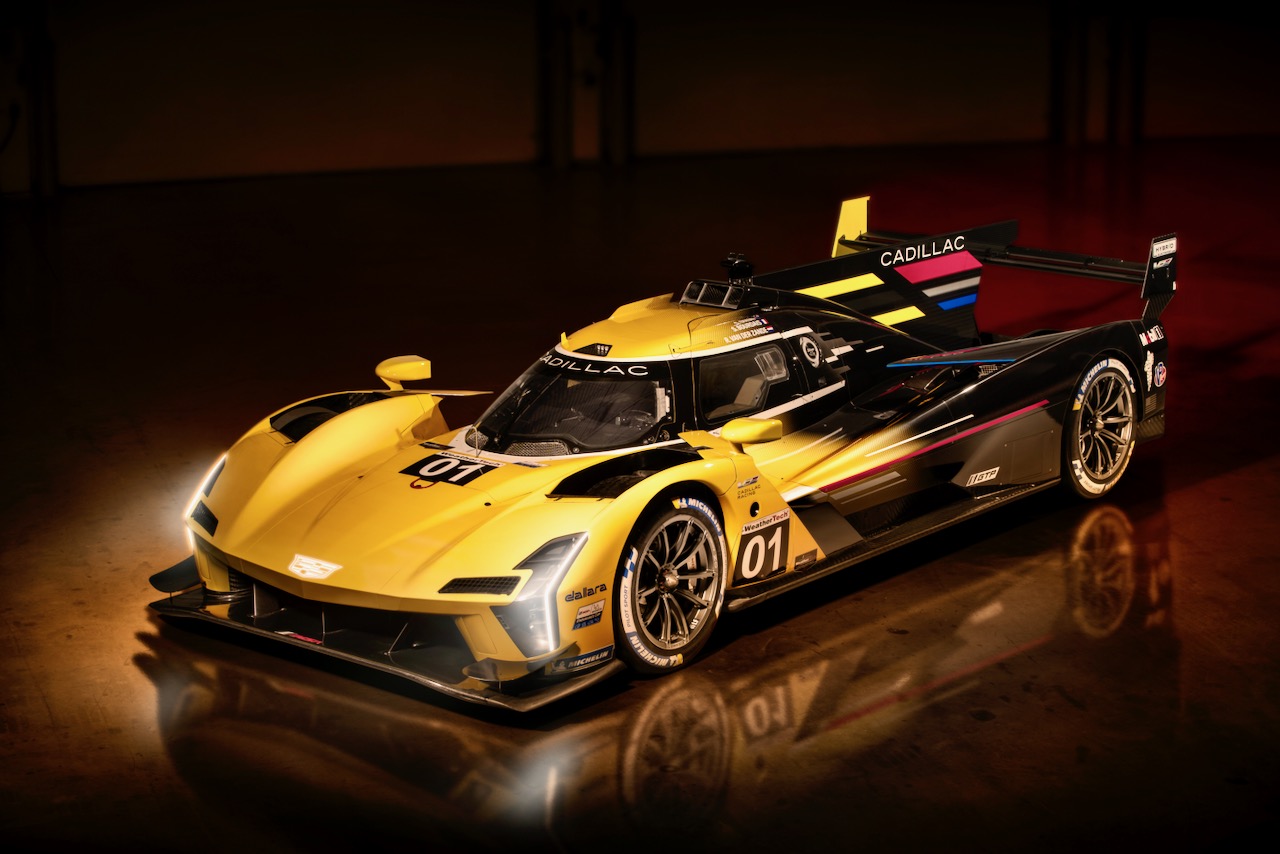 Pipo Derani and Alexander Sims will drive the No. 31 Whelen Engineering Cadillac V-LMDh in the IMSA WeatherTech SportsCar Championship. Throughout the season they will be joined by Jack Aitken. 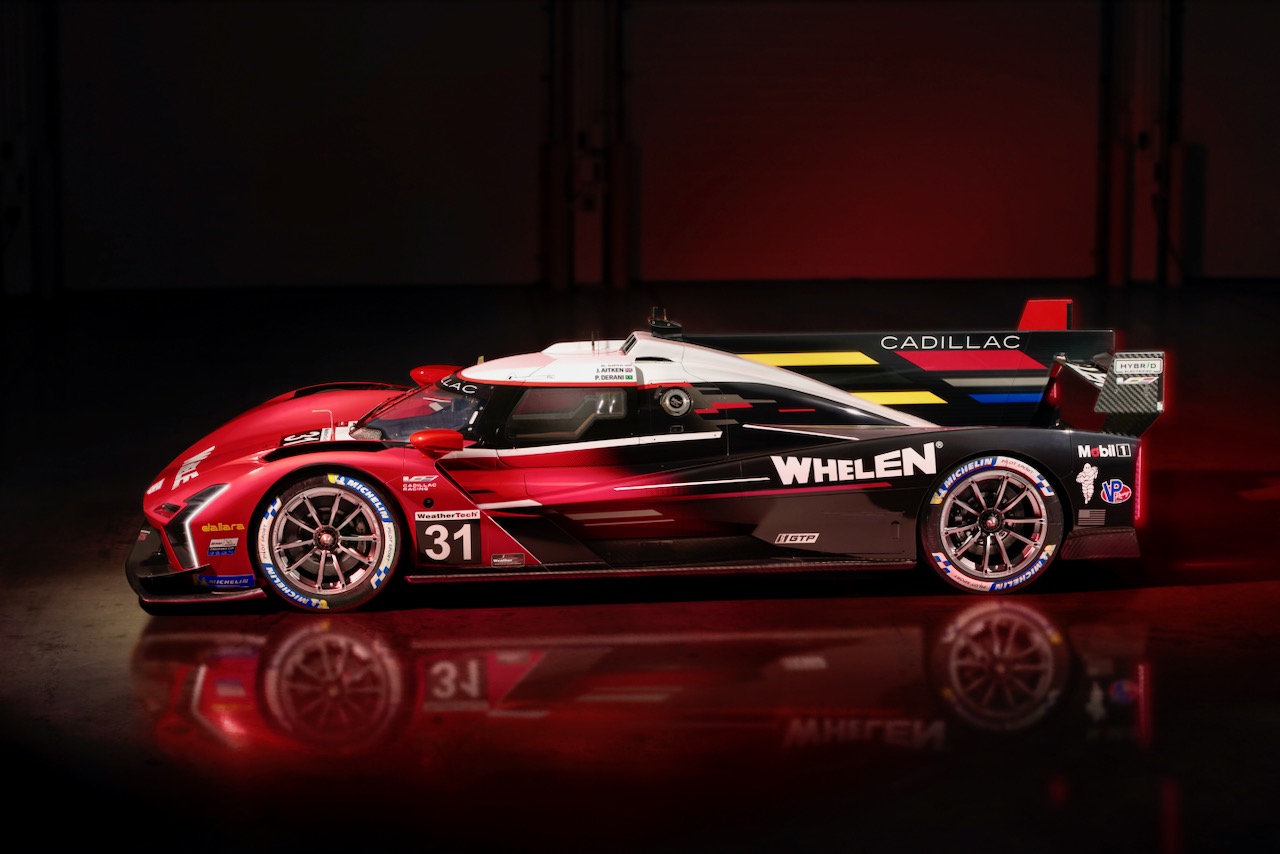 Cadillac’s expanded 2023 racing program builds on a long history of racing success. In fact, Cadillac is the only high-volume luxury American manufacturer to compete at Le Mans for the overall win since 1969.

The brand has competed since 2017 at the forefront of American sports car racing in the Cadillac DPi-V.R. Before that, Cadillac Racing scored several wins in the Pirelli World Challenge. Recent highlights include:

This rich history influenced the Project GTP Hypercar, which debuted in June 2022 and previewed the all-new Cadillac V-LMDh prototype race car. It is Cadillac’s third-generation prototype race car and represents the start of the fifth generation of the brand’s storied V-Series.

Since 2004, V-Series has embodied Cadillac’s commitment to performance, on and off the track. When it comes to road-going models, the lineup has grown recently to include the 2023 Escalade-V. It joined the CT4-V and CT5-V, along with the track-capable CT4-V Blackwing1 and CT5-V Blackwing1.