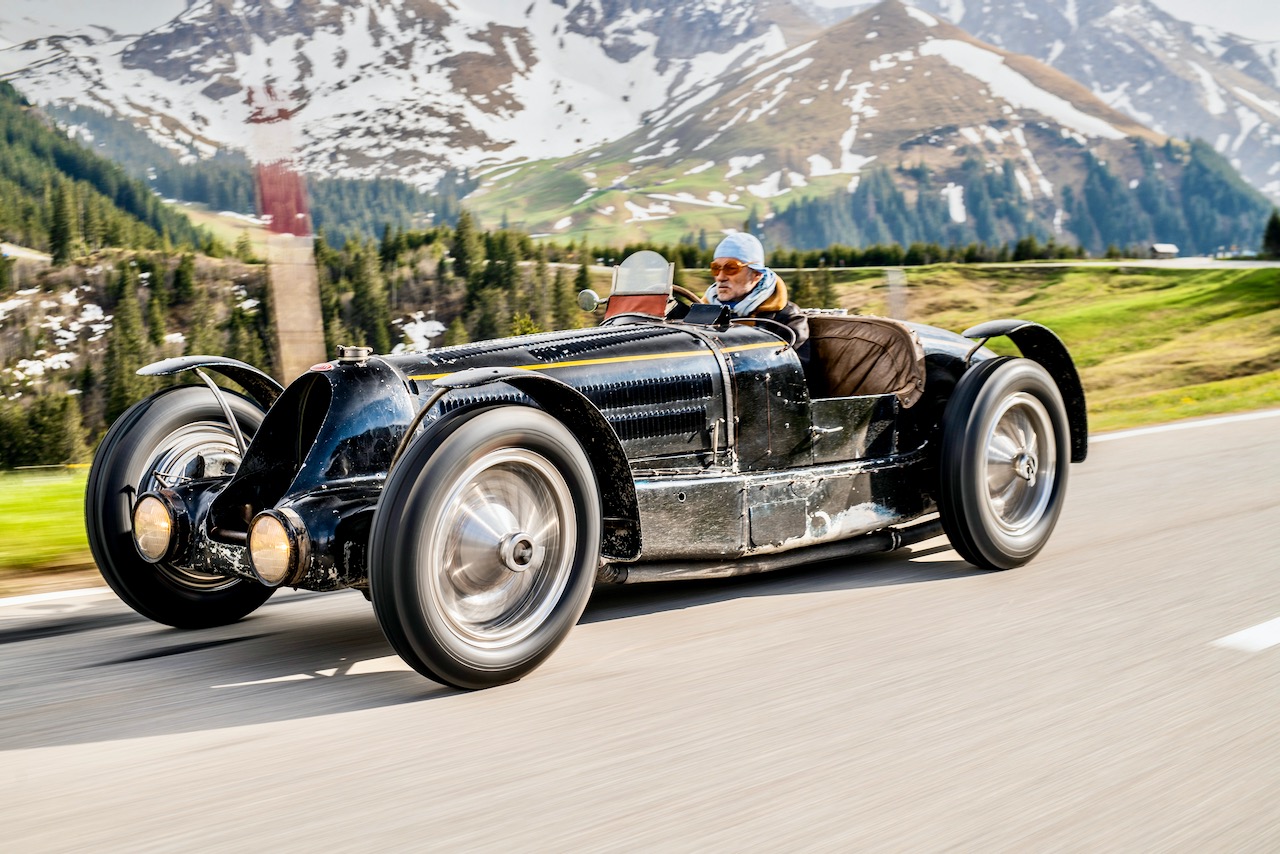 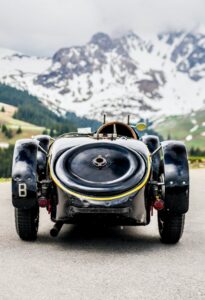 Victory is what defines the Type 59 Sports. This open-top two-seater was built in 1934 as a Type 59 Sports with a Type 57 chassis. A short time later, it received a special new chassis for the next series of Grand Prix races, where it would be driven by Bugatti’s courageous racing drivers.

Its racing history is fully documented – just like its famous owners and drivers are. René Dreyfus, top driver of the pre-war period and a hero of the French Resistance, took to the wheel in the mid-1930s, as did racing drivers Robert Benoist and Jean Pierre Wimille. One of the later owners of the sports car was King Leopold III of Belgium – an avid Bugatti fan himself. Recently, the Type 59 Sports was awarded the prestigious FIVA Trophy for “Best Preserved Pre-War Car” as the world-famous Concorso d’Eleganza at Villa d’Este in Italy, in competition with some of the finest classic automobiles from fellow marques.

Bugatti presented the BUGATTI TYPE 59 SPORTS for the first time on September 24, 1933, at the San Sebastian Grand Prix. A marvel of engineering both powerful and delicate. Beneath its sleek and low lines, the supercharged inline eight-cylinder engine fit almost perfectly. The wheels with piano wire spokes minimized unsprung mass enormously, and, with new sophisticated shock absorbers, ensured balanced handling with an unusually high level of comfort for a racing car. The Type 59 Sports is as elegant as it is fast. It is proof of Ettore Bugatti’s constant striving for more performance and better driving characteristics. 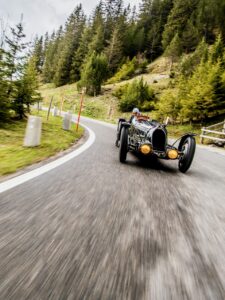 Bugatti first used this factory Type 59 Sports with a 3.3-liter eight-cylinder engine (No. 5) in the 1934/1935 season. Driver René Dreyfus drove straight to third place at the Monaco Grand Prix in April 1934. Robert Benoist crossed the finish line in fourth place at the French Grand Prix in Montlhéry in July of the same year, and likewise a few weeks later at the Belgian Grand Prix in Spa-Francorchamps.

At the Spanish Grand Prix in September, Jean-Pierre Wimille finished sixth. Ettore Bugatti – used to winning – retires from Grand Prix racing with the Type 59 Sports and sells four vehicles to British enthusiasts. One of them was transformed into a racing car by the company itself, in Molsheim. It is a first for Bugatti – until today. The Type 59 Sports remains the only Grand Prix car to be converted into a sports car at the factory and exists today in virtually unrestored original condition as a perfect witness to the period in which it thrived. 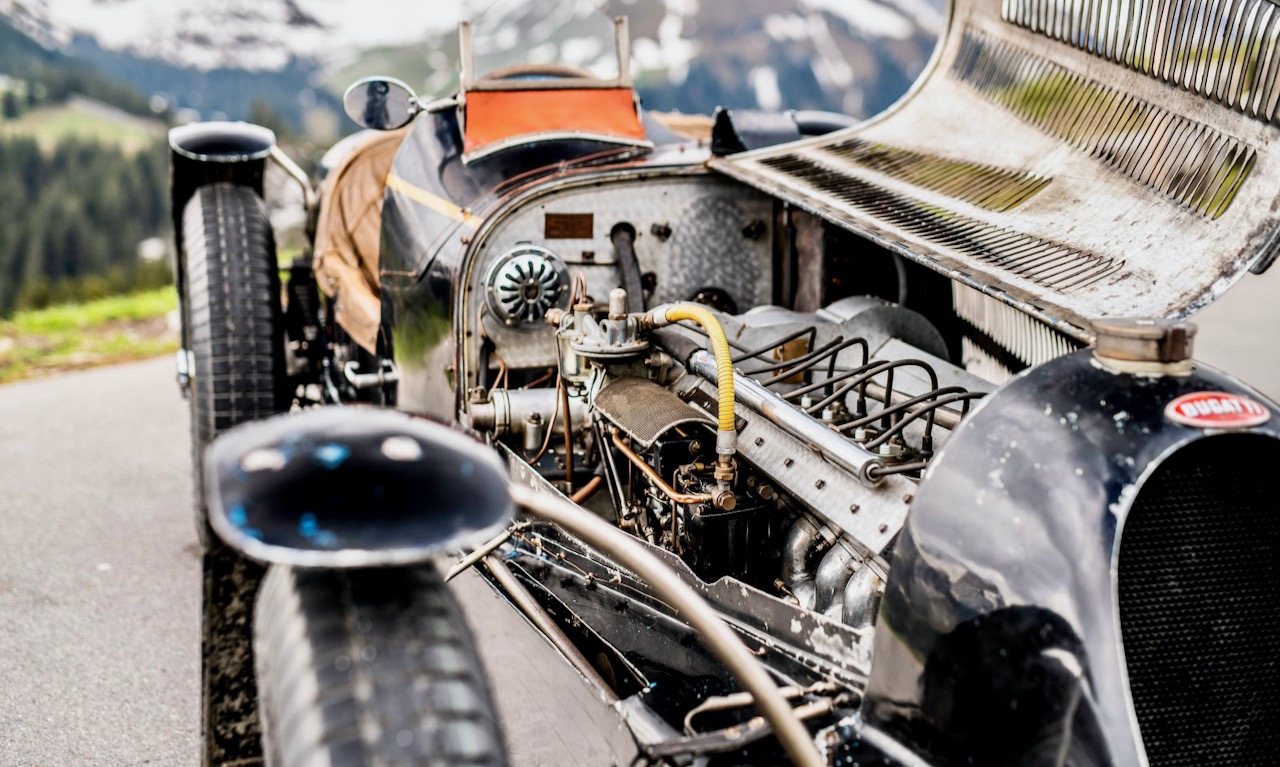 The engineers removed the supercharger from the engine compartment and integrated a new oil tank with two-pump lubrication and a four-speed dry sump fully synchronized transmission with central shifting. They also re-tailored the bodywork: small motorcycle mudguards, a small windshield, small headlights positioned far down and side doors – with the new chassis number 57248.

A two-seater car not only for the streets, but also for the racetrack, that is where Jean-Pierre Wimille increasingly used the Type 59 Sports sports car from 1935 in the new 750-kilogram class. In the 1937 sports car season, this Type 59 Sports with Wimille at the wheel won the Grand Prix de Pau and de Tunis and de Marseille, among others. Affectionately called “La Grand Mère” (Grandmother) by the mechanics in Molsheim, the sports car took part in races in Africa and won the last edition of the Algerian Grand Prix. In July 1937, Jean-Pierre Wimille won a Grand Prix for the last time with the Type 59 Sports: the Grand Prix de la Marne on the race track in Reims – over three minutes ahead of the runner-up. The fast and superior Bugatti caused a sensation on the scene. At the end of the season, a long-time Bugatti customer bought this exceptional sports car with a successful racing history: King Leopold III of Belgium between 1934 and 1951. 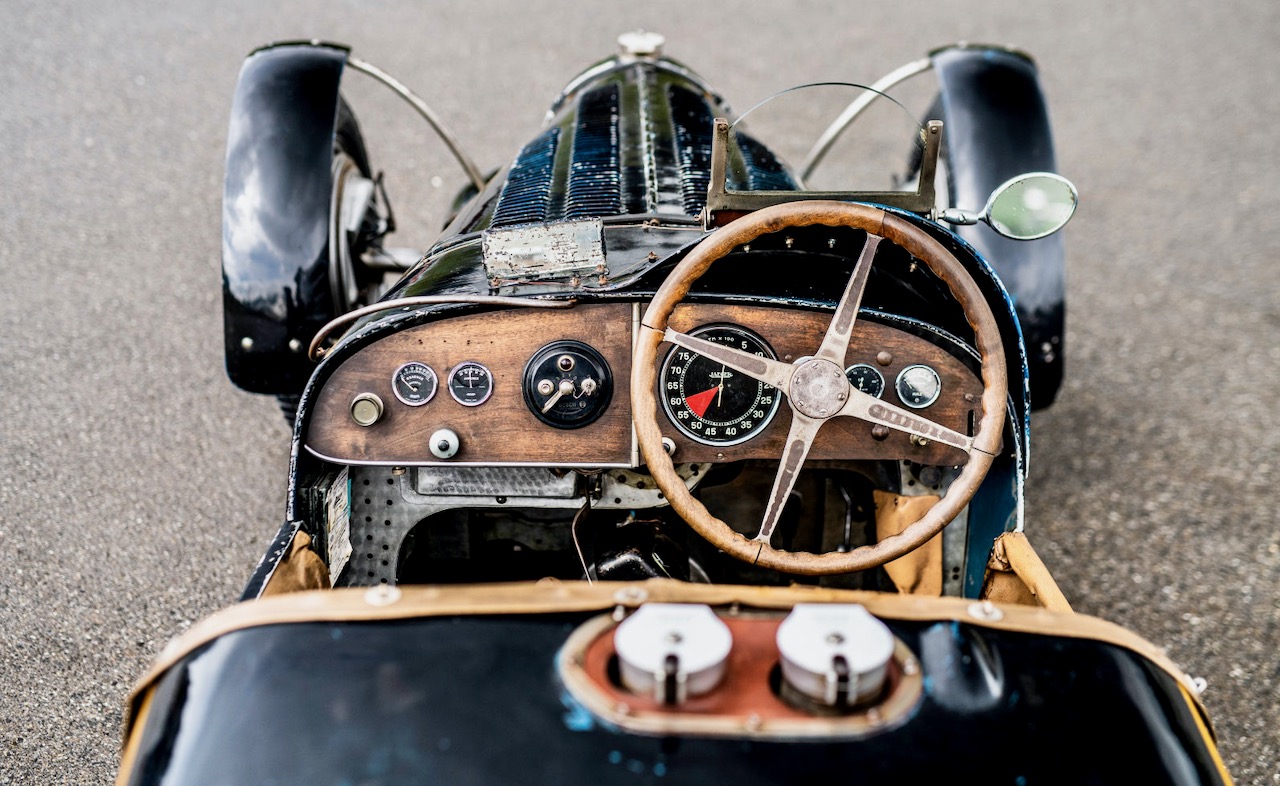 Ettore Bugatti had the previously blue BUGATTI TYPE 59 SPORTS specially repainted for the King in the King’s favorite color of black, decorated with a yellow stripe reminiscent of the Belgian racing colors. How the King used the powerful sports car in the years to come is not known. The Bugatti would have likely been put into storage in the run-up to the war and used little for time. Leopold III and his wife were deported to Saxony in June 1944, and after the war the family initially went into exile in Switzerland. It was not until 1959 that the ex-monarch moved with his family to Argenteuil Castle in the province of Brabant-Wallonia – with the Bugatti as part of the inventory. 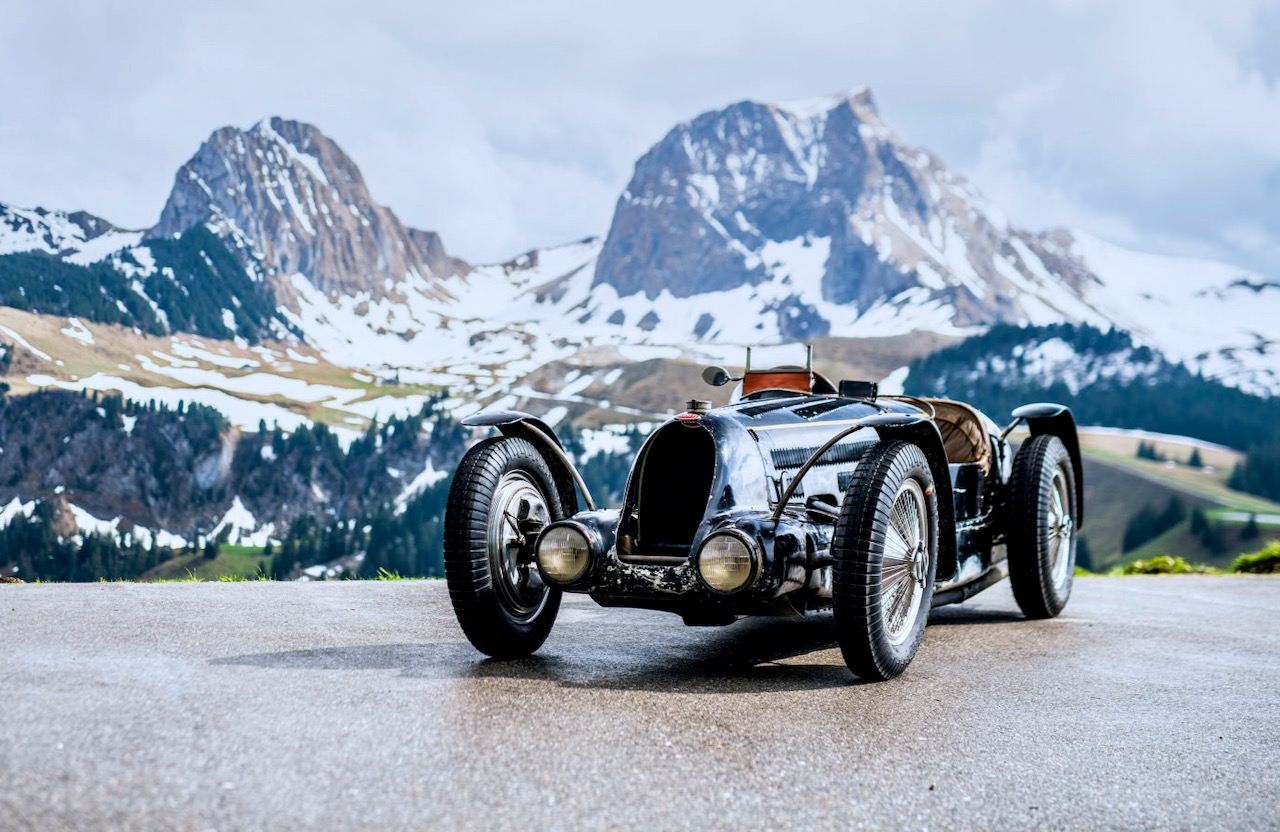 In 1967, the former King sold the Bugatti to a Belgian collector, who kept it for around 20 years, not restoring it and certainly not polishing it. In 1989, the historic racing car passed to an American Bugatti enthusiast, who also leaves it in its original condition and merely restores the car’s technology. After that, the sports car moved to two other garages owned by well-known collectors, who continued to respect the car’s past and left the body untouched. Over 80 years old, this invaluable witness with a successful racing history is now owned by a Bugatti enthusiast who recently had the incredible patina preserved as an important milestone in automotive history. The areas of paintwork that were still in good condition but already patinated were conserved in a sealed manner, while the damaged areas were only gently repaired. What remains: scuffed leather seats and scars in the wooden steering wheel. This BUGATTI TYPE 59 SPORTS is considered an invaluable surviving specimen of Bugatti’s successful racing history.

For more information about Bugatti and its heritage, please visit  https://newsroom.bugatti.com/topics/heritage