Skip to content
NASCAR great Buddy baker has been diagnosed with inoperable lung cancer and signs off his SiriusXM NASCAR radio show for the last time. 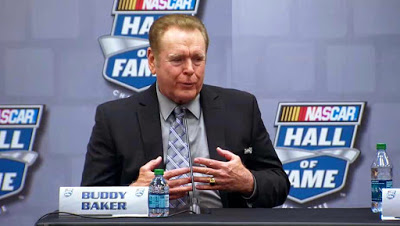 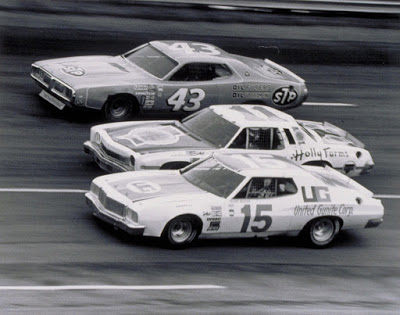 I don’t know Buddy Baker. I met him only once.

We were introduced about ten years ago at Lingner Group Television Productions in downtown Indianapolis where I was filming an episode of Autoweek on Speedvision. Baker, a huge man who towered six inches over me, was there working on a NASCAR program. He graciously shook my hand and took the time to speak to me. He wasn’t in a hurry.

Baker explained his role in the NASCAR program he was hosting. He asked about my work with Autoweek and listened carefully to my response. A few minutes later we shook hands again and went to work on our separate jobs.

They say the measure of a man is how he treats someone who can do nothing for him. The last thing a NASCAR legend like Baker needed was help from a guy like me. I am a small-time racecar driver and TV host from Indianapolis. He didn’t know me. I could do nothing for him. Yet he treated me well. He was kind, authentic and sincere.

In my opinion, that makes Buddy Baker a real man. I never spoke to him again after that conversation, yet my impression of him remains the same even today.

By now, every NASCAR fan knows that the former Daytona 500 champion and 19-time stock car winner has been diagnosed with inoperable cancer. I won’t revisit the story. But his reaction to the illness, as reported in Autoweek, is astonishing.

“For those who feel sorry, hey I’m 74 years old, have great friends, had a career. The toughest part for me is not being able to talk to some of our regulars that are almost like family.”

“There comes a time when you talk to the doctor and say what are my chances and there’s dead silence. I went, ‘How long?’ ‘Well, we don’t own the hotel, we don’t know when we check out. It’s something that we cannot fix.’”

“Everything has a start and an ending and mine has been overwhelming. Do not shed a tear. Give a smile when you say my name. I’m not saying goodbye. Just… ‘talk to you later.’”

I hope Baker can beat this. But either way, there is no need to write an epitaph. He did that himself, and his attitude says more about his character than anyone could ever write.