Skip to content
AC/DC front man Brian Johnson returns to track that got him hooked on motor racing. This time he’ll be a competitor.

As if there were not already enough compelling reasons to visit Croft Circuit’s Nostalgia Weekend (August 2-3) with its irresistible blend of fast cars, wheel-to-wheel racing and vintage music and dress, a special guest is now set to rev anticipation into overdrive.

The man famous for such rock anthems as Highway to Hell, Back in Black, Hells Bells and You Shook Me All Night Long will take to the Croft circuit in the Historic Touring Cars class next week. He’ll be driving a ‘64 Mini Cooper that he purchased last year after driving it in his television series CARS THAT ROCK WITH BRIAN JOHNSON.

A serious car guy whose first experience of high-octane action came at Croft when he went to watch an MG race at the North Yorkshire venue in the mid-1960s, the Sarasota, FL-based Englishman – originally from Tyne and Wear – has been competing in historic events in the United States and Europe for the past couple of decades. 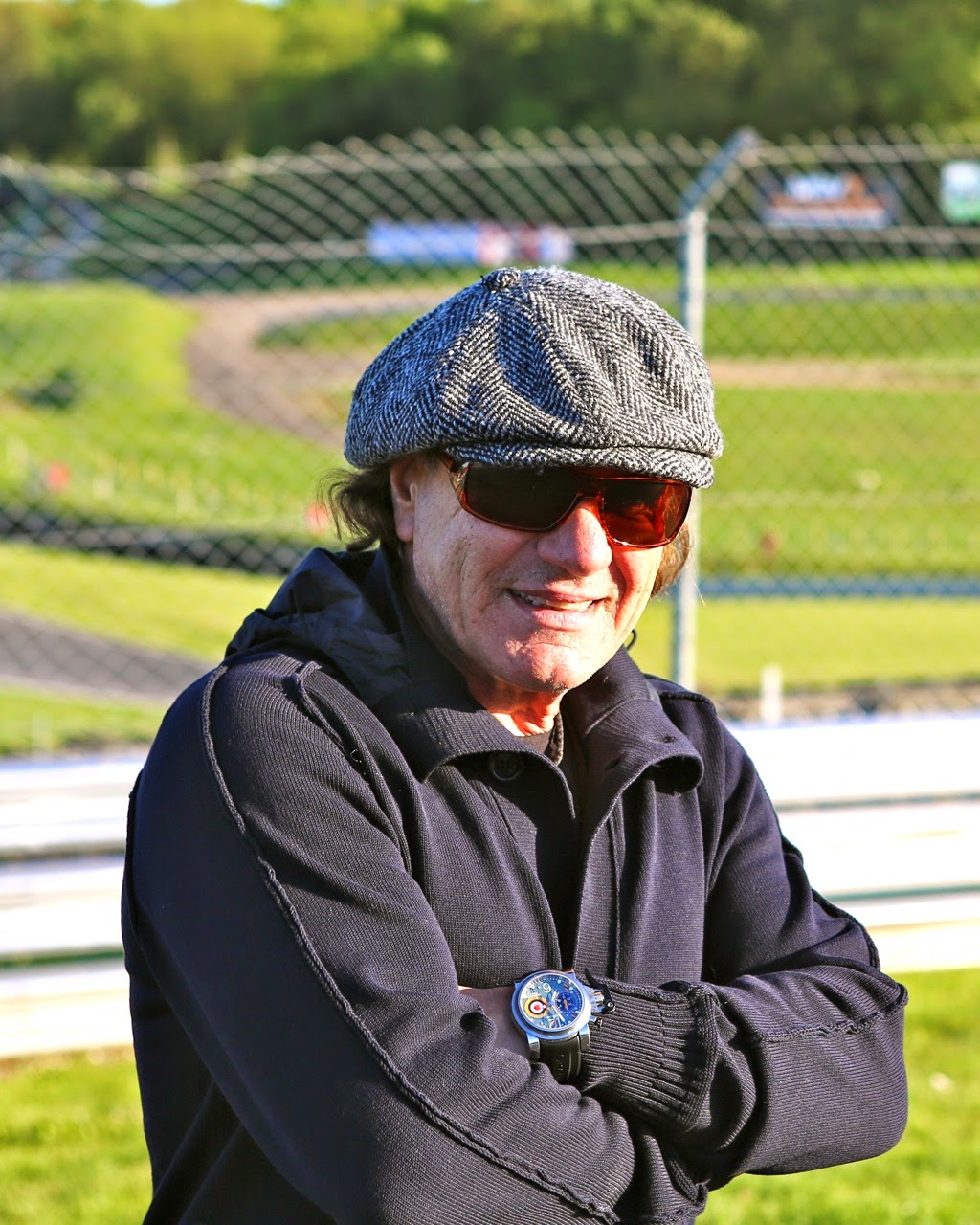 Brian has appeared as the ‘Star in a Reasonably Priced Car’ on Top Gear and sat top of the leaderboard for most of 2013. He also competed in the 2012 Rolex
24 at Daytona – finishing 12th in the Daytona Prototype class in a Riley-BMW – and at the Silverstone Classic Celebrity Challenge.

In 2009, Johnson released automotive autobiography Rockers and Rollers, which includes a section on Croft. Having played a formative role in his motor sport intoxication, the singer admits it will be enjoyable to finally make his competitive bow at the North East’s premier circuit.

“I was 17-and-a-half when I got my first car – a Ford Popular, sit-up-and-beg style and with only three gears,” he recalls. “That August, I was in my home village of Dunston near Gateshead with not much to do, when somebody said there was racing on at Croft – so on a rainy day and with just one windscreen wiper on this Popular, myself and two friends headed down there. We drove straight past the lady on the gate because we couldn’t afford to buy tickets!

“Having got my initial taste of live motor racing at Croft, I jumped at the chance to race at the Nostalgia Weekend. I was recently one of the drivers in a Porsche 911 that finished first-in-class and 20th overall at the Le Mans Classic, but it’ll be quite a departure from that car’s big fat tires and rear wing to the little Mini I’ll be driving this weekend! It should be a fun weekend and I’m really looking forward to it.”