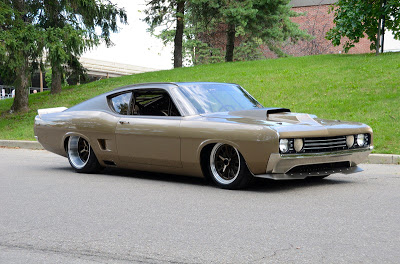 Under brilliant sunshine and in front of record crowds, Tennessee’s George Poteet collected the Goodguys 2013 Optima Batteries Street Machine of the Year award for his vintage NASCAR-inspired ’69 Ford Torino at the Goodguys 16th PPG Nationals in Columbus, OH.

Poteet’s Torino captures the essence of hot rodding’s current trend of blending retro styling cues from bygone eras with modern technology and masterful build quality. Built by Troy Trepanier and his talented “Rad Rides” team, Manteno, IL, it’s a machine which would have looked right at home at the 1969 Talladega 500 or on a demanding & twisty AutoCross track. 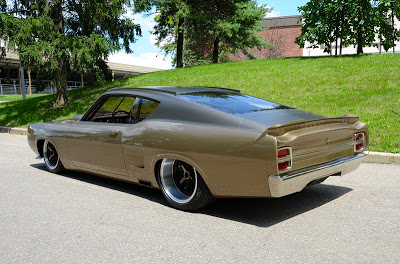 Known for such legendary street machines as “Chicayne,” “Sniper,” “Sick Fish,” and so many others, Trepanier and his team spent the better part of three years handcrafting Poteet’s Torino. They took an otherwise bulky, heavy looking stocker and transformed it into a sleek, refined machine representative of today’s Pro-Touring landscape.

The idea of the car, dubbed the “GPT Special” was to blend the dash, hood and other favorable design traits of a Mercury Cyclone together with a Holman & Moody NASCAR-style Torino. After all the meticulous bodywork was done, the Torino was shortened three inches in the front fenders, widened five inches and wheelbase shortened one inch. Everything else, including the rear quarters, was made from scratch. 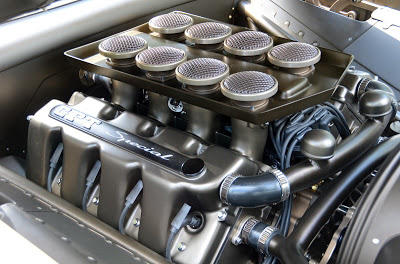 GPT Special’s grille, taillight bezels and other trim parts were CNC’d from billet aluminum stock, while the interior, adorned with original Holman & Moody logos on the gauges, is pure
racecar. There are also oval-shaped punch plates and a full roll cage. Under the Cyclone
hood scoop is a monstrous, 750-horsepower, fuel-injected Ford Boss 429 coated in a
muted bronze finish. After one thousand man-hours of paint prep, the car was sprayed
with “Tennessee Whiskey Gold.” 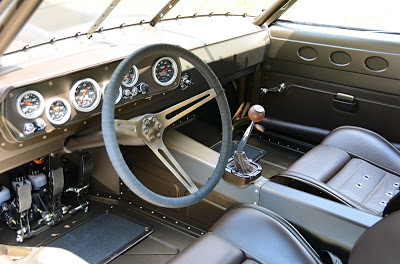 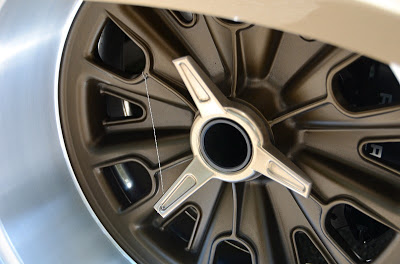 During the award acceptance speech in Columbus, Poteet, an avid Bonneville racer, said that
he would be racing his GPT Special in the Street-Legal, 150-mph class on the Salt Flats
at the upcoming SCTA Speed Week.Obviously the GTP Special is not just a Trailer Queen!