When it comes to finding rare, truly significant Corvettes, especially high-profile vintage racecars and bringing them back to life, Kevin Mackay is your go-to guy. He thinks nothing of spending years locating, documenting and then buying the rarest of the rare. He is the Corvette Hunter. 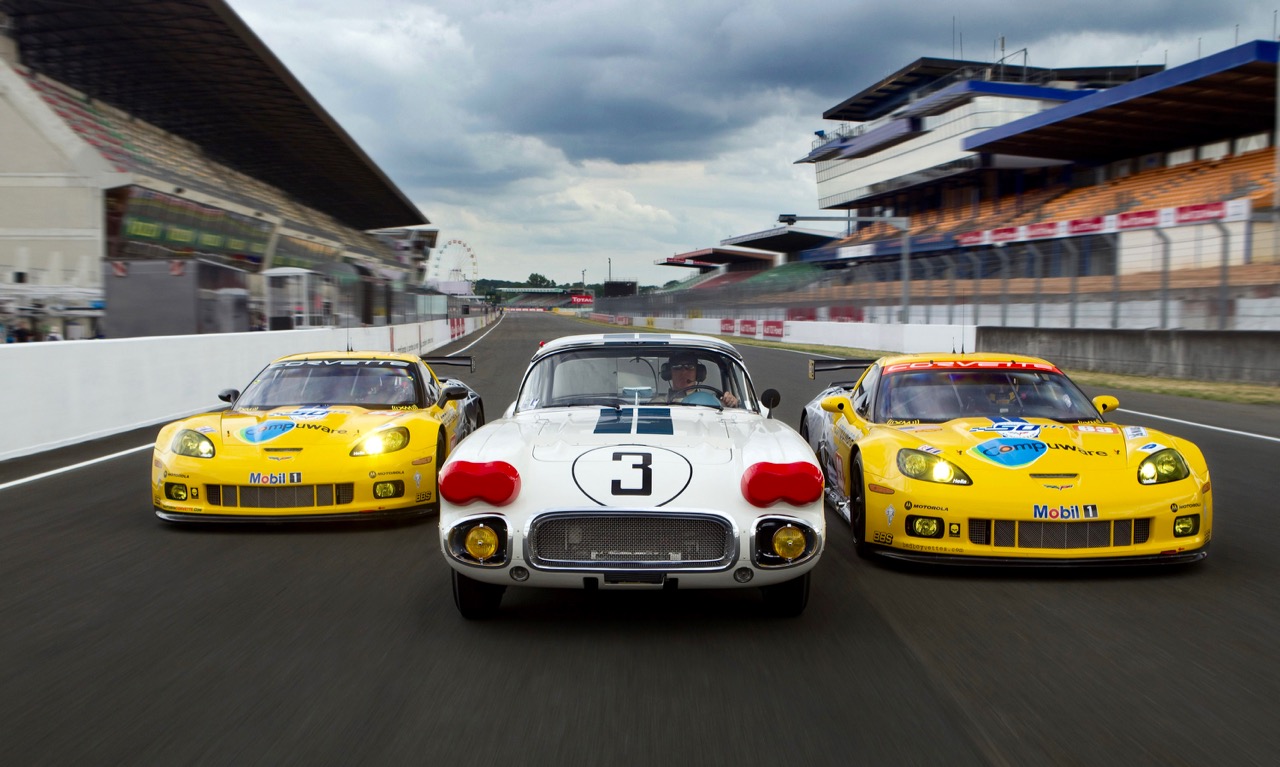 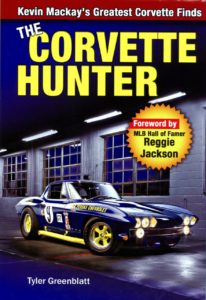 “If you could look inside the head of Corvette Repair owner Kevin Mackay, you’d see one of the most organized, methodical automotive barn-finding minds in the world,” said Tom Cotter, author of Corvette In The Barn, one of many Barn Find books he has written over the past decade.

Driving past Corvette Repair in Valley Stream, NY, you wouldn’t give it a second thought. It’s exterior gives no hints as to what actually goes on behind closed doors. Unless of course you were a Corvette aficionado, or had possibly seen one of the many important Corvettes that have either been brought back to life (restored) or freshened here. Or both.

Author Tyler Greenblatt has gotten into Mackay’s mind, watched him at work searching for “lost” treasures and bringing a racecar back from the abyss to win accolades and incredible honors. And, a multi-million-dollar valuation! Since the early-1980s, Kevin Mackay’s restorations have won more than 500 NCRS (National Corvette Restorers Society) Top Flight Awards and almost 200 Bloomington Gold, 21 NCRS Duntov awards and hundreds of other prestigious honors. In 2012 he was inducted into Bloomington’s Great Hall. And there’s no sign that Mackay is slowing down anytime soon. 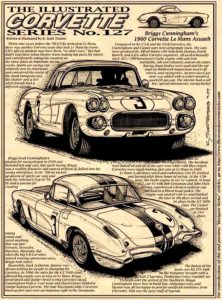 Probably Mackay’s most important project was Briggs Cunningham’s class-winning ’60 Corvette #3 Le Mans racecar. Brought back to life as raced in the 24 Hours of Le Mans, it returned to Le Mans in 2010 with GM’s Corvette racing team. Photo, top, Richard Prince/GM. It is the subject of the film, The Quest and in Lance Miller’s collection in Carlisle, PA.

Greenblatt documents Mackay’s search & recovery methods and details many of his highest profile success stories in THE CORVETTE HUNTER. Much of this information has not been published before. If you are not a serious Corvette enthusiast you might not appreciate the details as much as I did. Even though I started and edited the first regular frequency, newsstand magazine for Corvette enthusiasts – VETTE Magazine – for approximately five years and own a Corvette, I learned a lot reading this book. 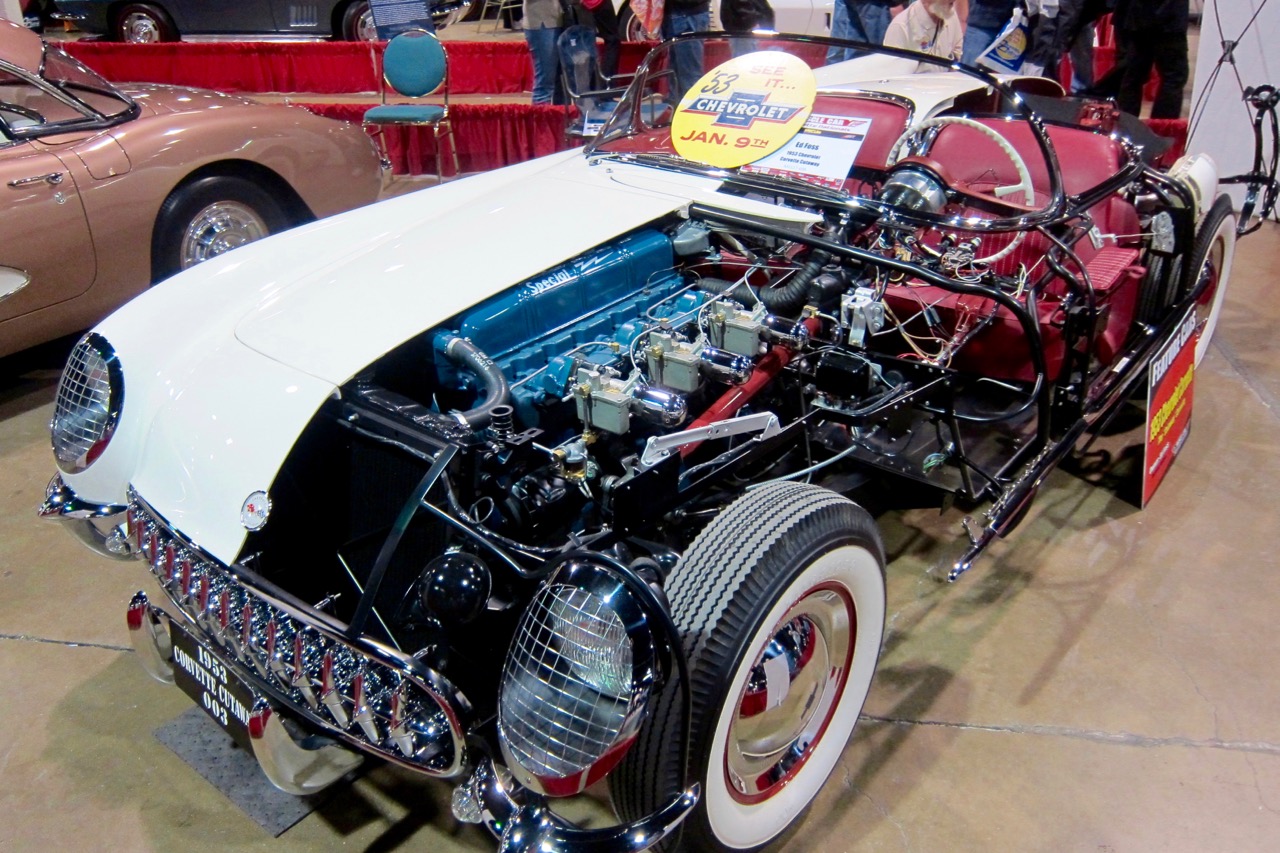 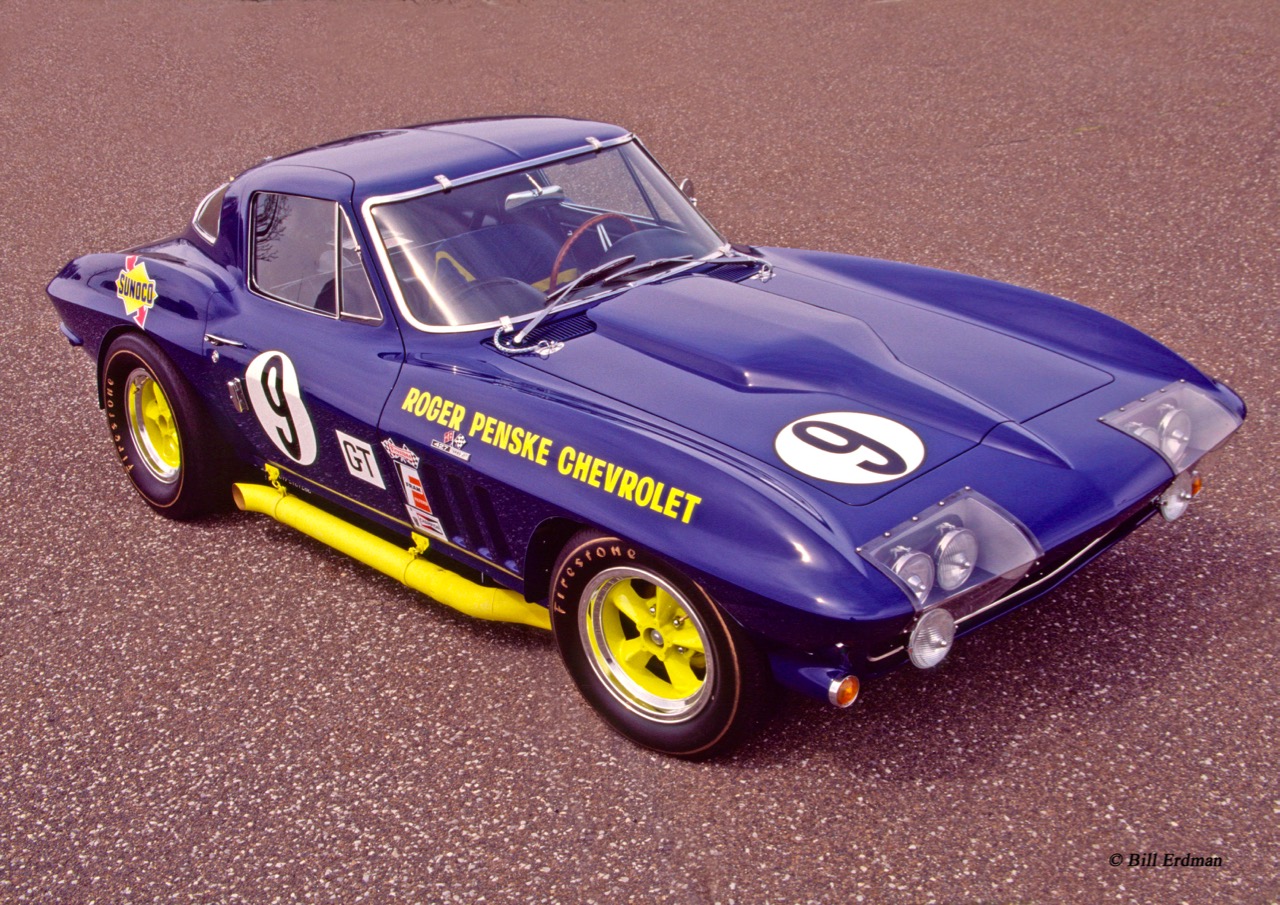 THE CORVETTE HUNTER is not your typical large-format coffee-table car book, packed with full-page and spread studio photography. It is a book that once you start reading, you won’t want to put down. The qualities of the Corvettes that Mackay has restored and built (drivable see-through & cutaway ‘53 Corvette #003, ’65 MK IV, and ‘69 L88) have been showcased at major events from local shows to Pebble Beach and have graced covers of more than 100 publications. The ’66 Corvette raced by Roger Penske, above, photo by Bill Erdman, was an early L-88 Development car and is in Mackay’s collection. In addition to rare racecars, Mackay located and restored one of the 12 Baldwin-Motion Phase III GT Corvettes and a unique Phase III Corvettes, below, built by Joel Rosen just a few miles away in Baldwin. Mackay has also hunted down rare factory development cars that had been lost for decades. 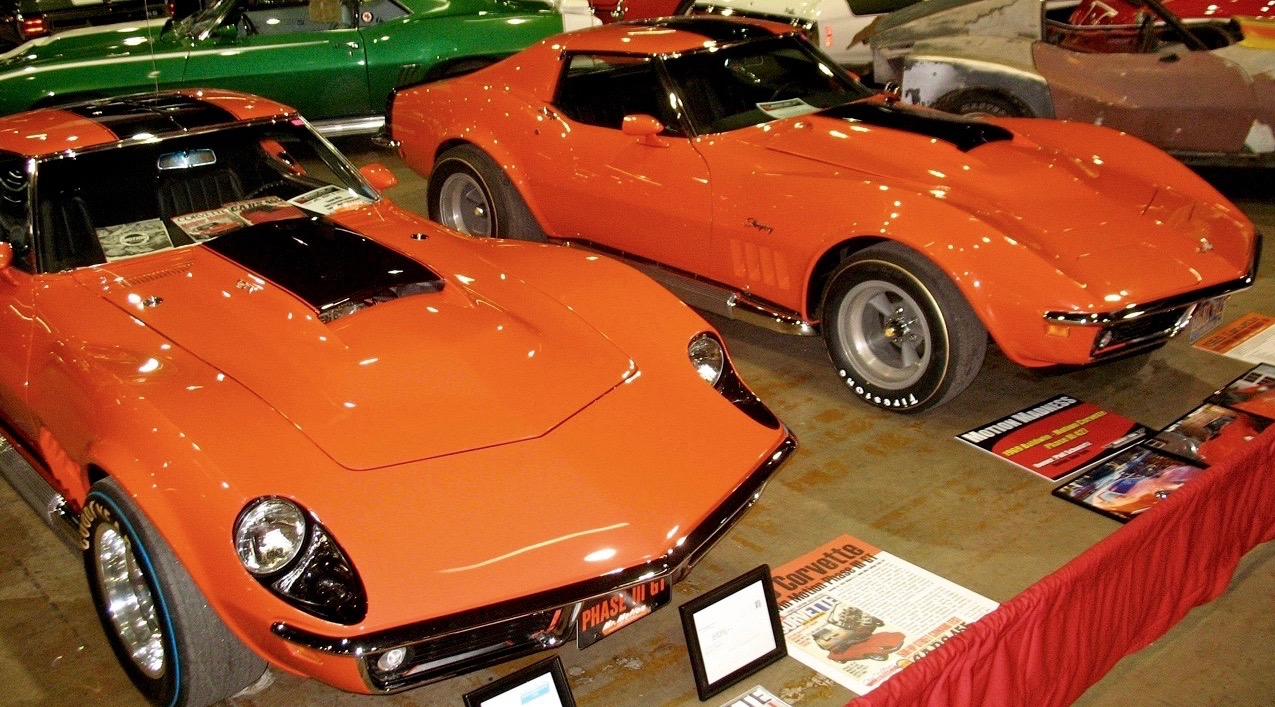 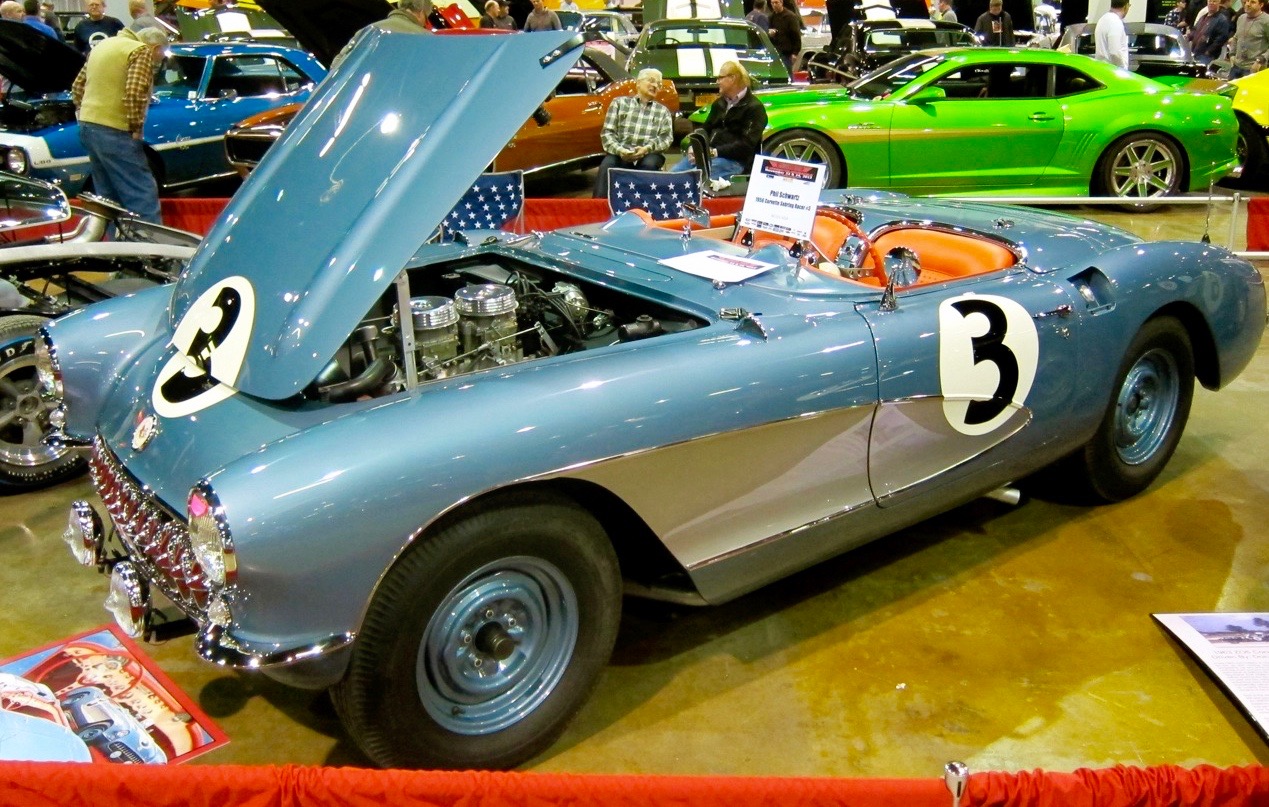 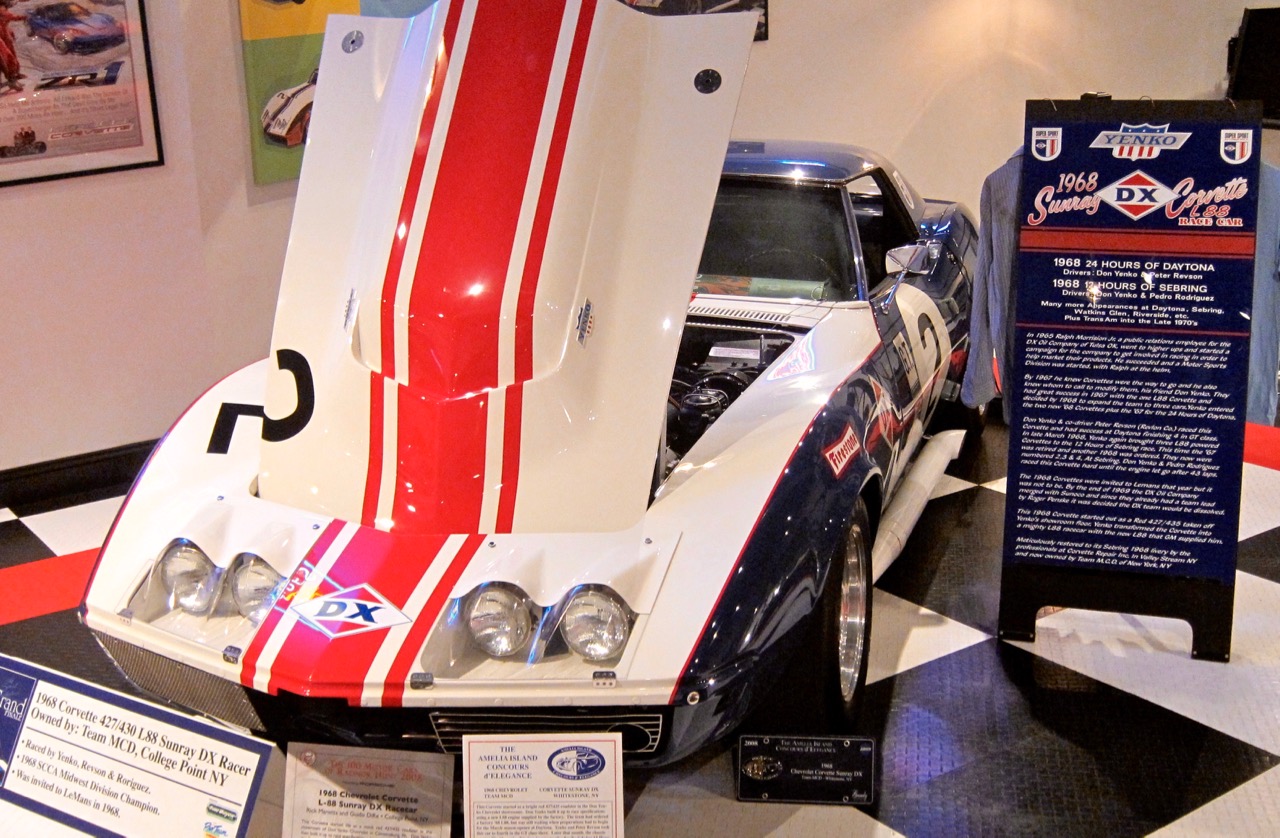 THE CORVETTE HUNTER also deals with low-volume production Corvette finds, including L88s, below, and special high-performance Corvette engines. Kevin Mackay’s customer/client Rolodex must be the envy of the hobby. It’s an enjoyable read and well illustrated with literally millions-of-dollars worth of Corvettes. 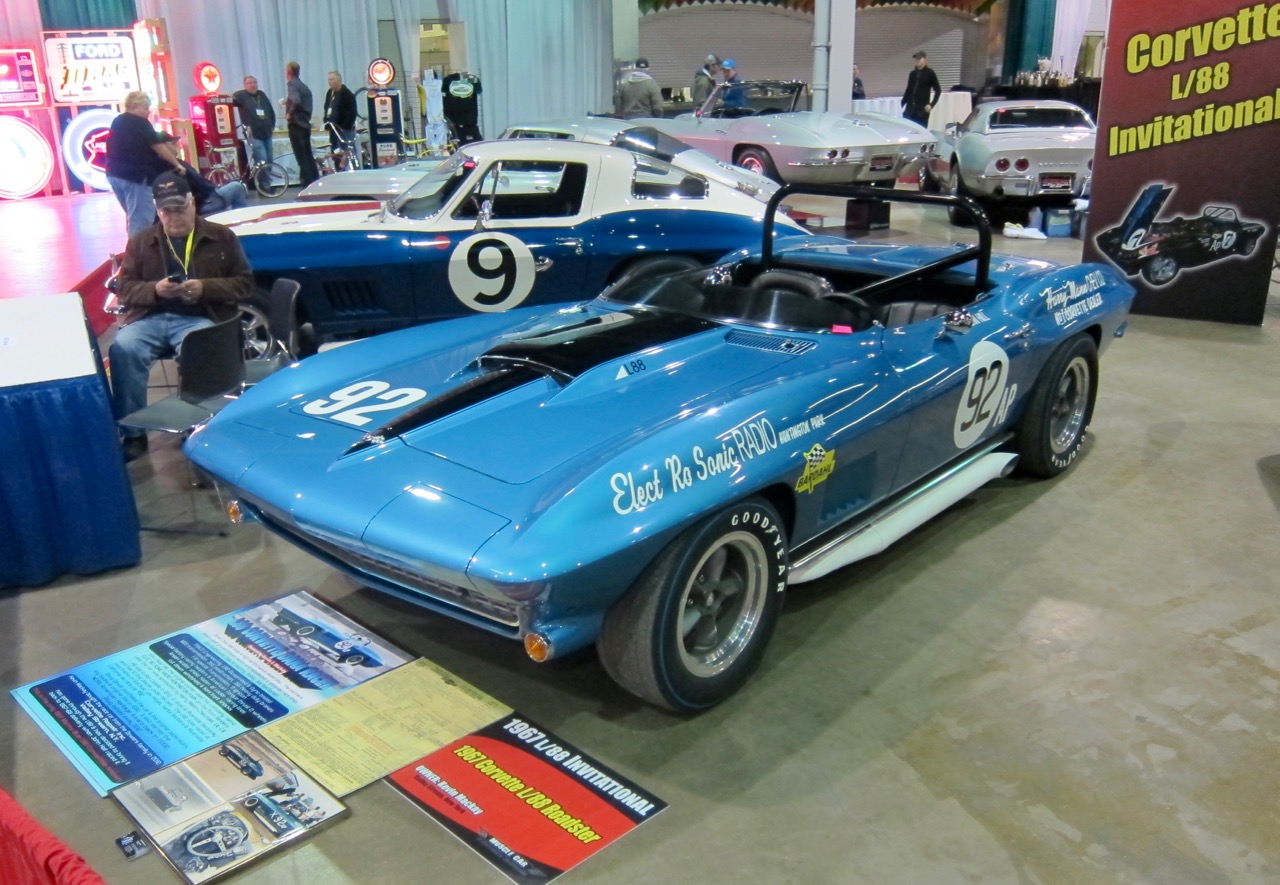 However, there was one reference to Mackay meeting Zora Arkus-Duntov and Larry Shinoda at a show in the 1980s that threw me. Shinoda was referred to as GM Chief of Design, a title that he never had or even came close to having. Shinoda was a Senior Designer at GM and, with Tony Lapine, penned the ’63 Corvette Sting Ray design He also worked on the ’59 Chevy and some of GM Concept Cars. He left GM in 1969, went to Ford with GM’s Bunkie Knudsen, and was involved with designing Boss Mustang graphics. In the 1980s he was doing freelance automotive design work.

For more information on THE CORVETTE HUNTER and availability, please visit https://www.amazon.com/Corvette-Hunter-Kevin-Mackays-Greatest/dp/1613253478/ref=sr_1_1?ie=UTF8&qid=1534022548&sr=8-1&keywords=the+corvette+hunter