The latest book to deal with the battle for supremacy between David and Goliath at Le Mans breaks cover as FORD v FERRARI opens in theaters both here and in Europe. 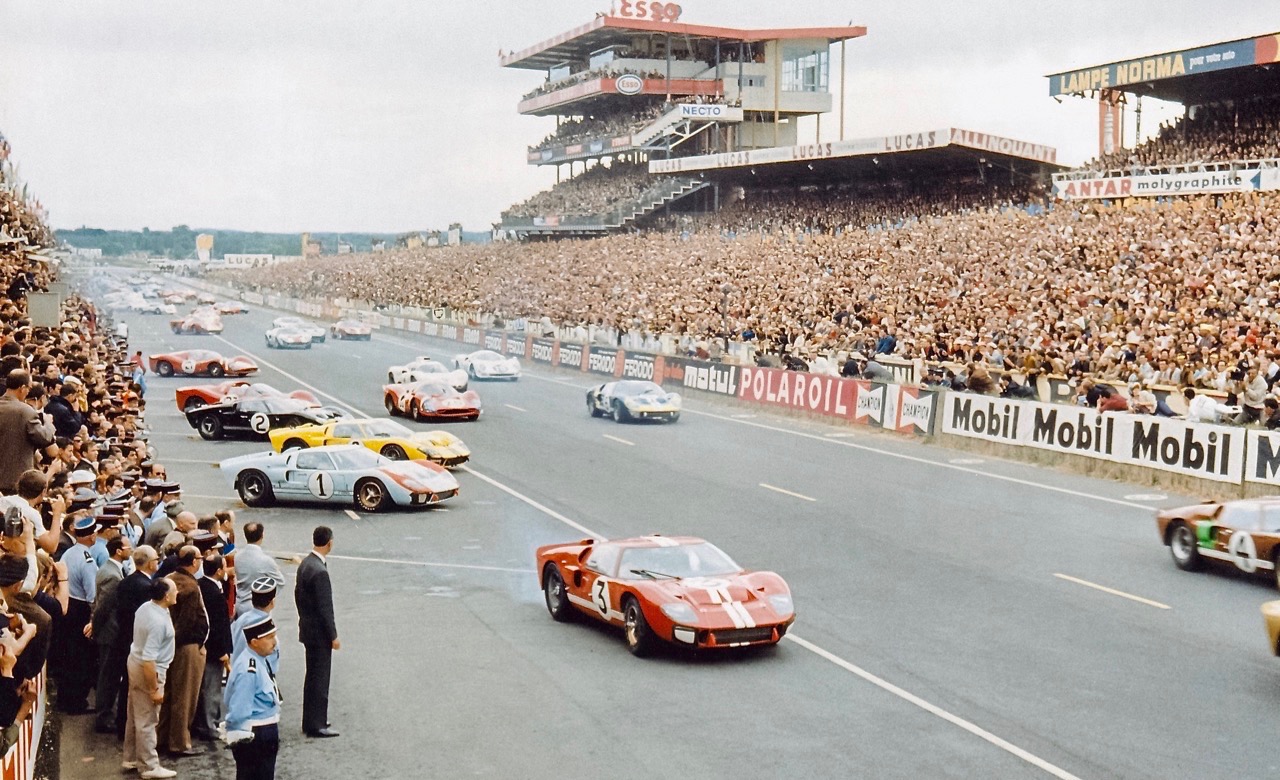 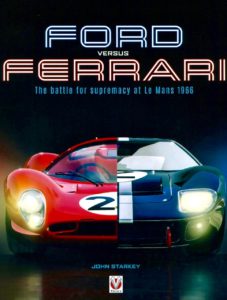 They say timing is everything. And, quite often it is. With Ford challenging and unseating the undisputed King (Ferrari) of endurance sports car racing trending, and the blockbuster film opening, the timing for John Starkey’s latest book – BOOK REVIEW: FORD VERSUS FERRARI, The battle for supremacy at Le Mans 1966 – couldn’t have been better. Unlike Starkey’s highly respected, hardcover coffee table tome – PORSCHE 930 to 935, The Turbo Porsches and paperback LOLA, THE ILLUSTRATED HISTORY 1957 to 1977 he authored with Ken Wells, FORD VERSUS FERRARI is a smaller, less detailed paperback and priced accordingly.

While often referenced as David (Ford) challenging Goliath (Ferrari) nothing could be further from the truth. Ferrari’s production numbers were in the hundreds, while Ford was one of the richest, most successful carmakers in the world and, in 1965, produced more than two million vehicles! Ford’s double-digit, million dollar investment in its GT40 program was unprecedented. It was as much a battle of egos – Henry Ford II versus Enzo Ferrari – as it was GT40 versus Ferrari P3. Unlike most racing programs, Ford’s GT40 program never really had a budget since Henry Ford II wanted to beat Ferrari regardless of cost. And, that’s exactly what happened. 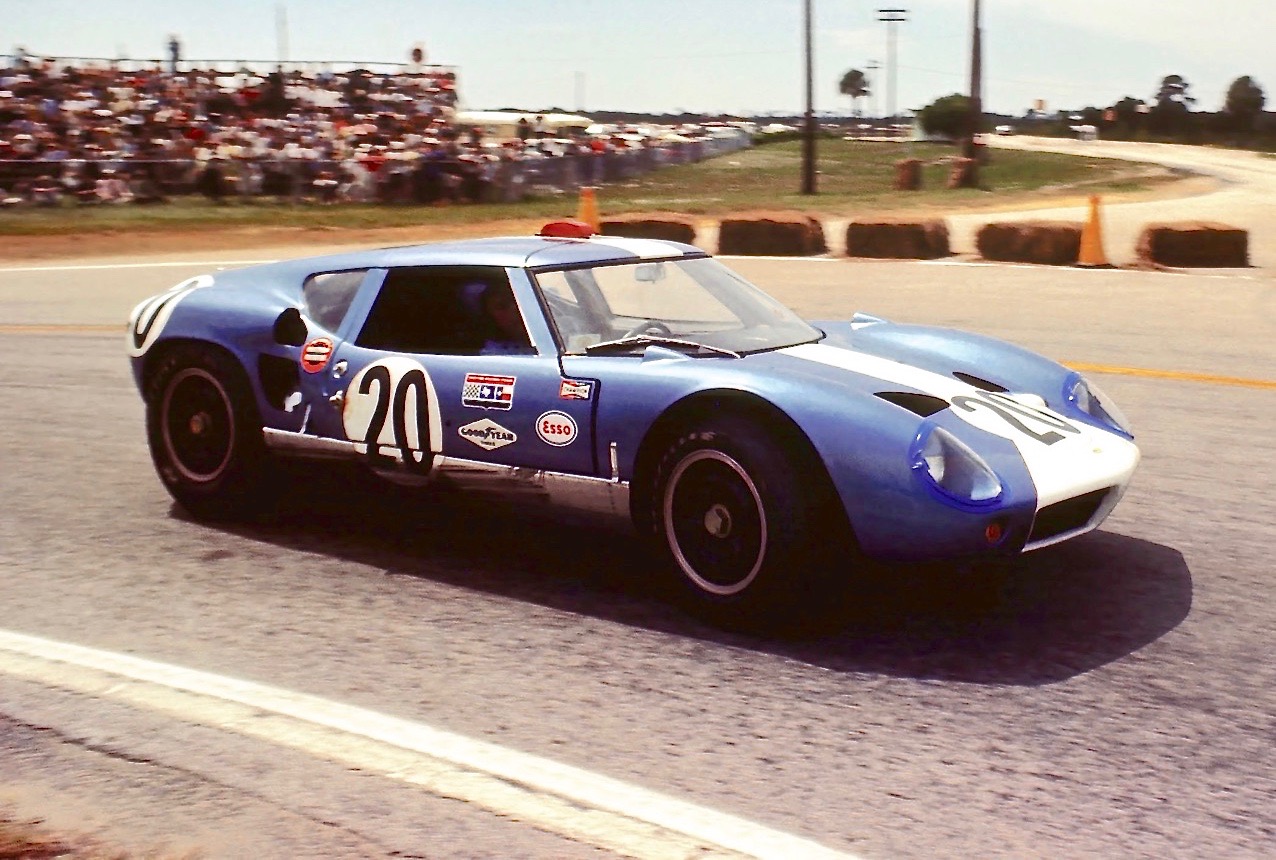 Starkey does an excellent job documenting Lola’s short-lived relationship with the GT40 program. Ford’s Roy Lunn moved on from the Lola model, above,  going so far as to utilize a steel rather than a lighter aluminum structure as used by Lola and other race car builders. Lunn did that primarily so that the chassis (platform) could be utilized for a road car, paving the way for the Ford GT40 road model and the FIA-approved Mark III with its extended tail and luggage box. 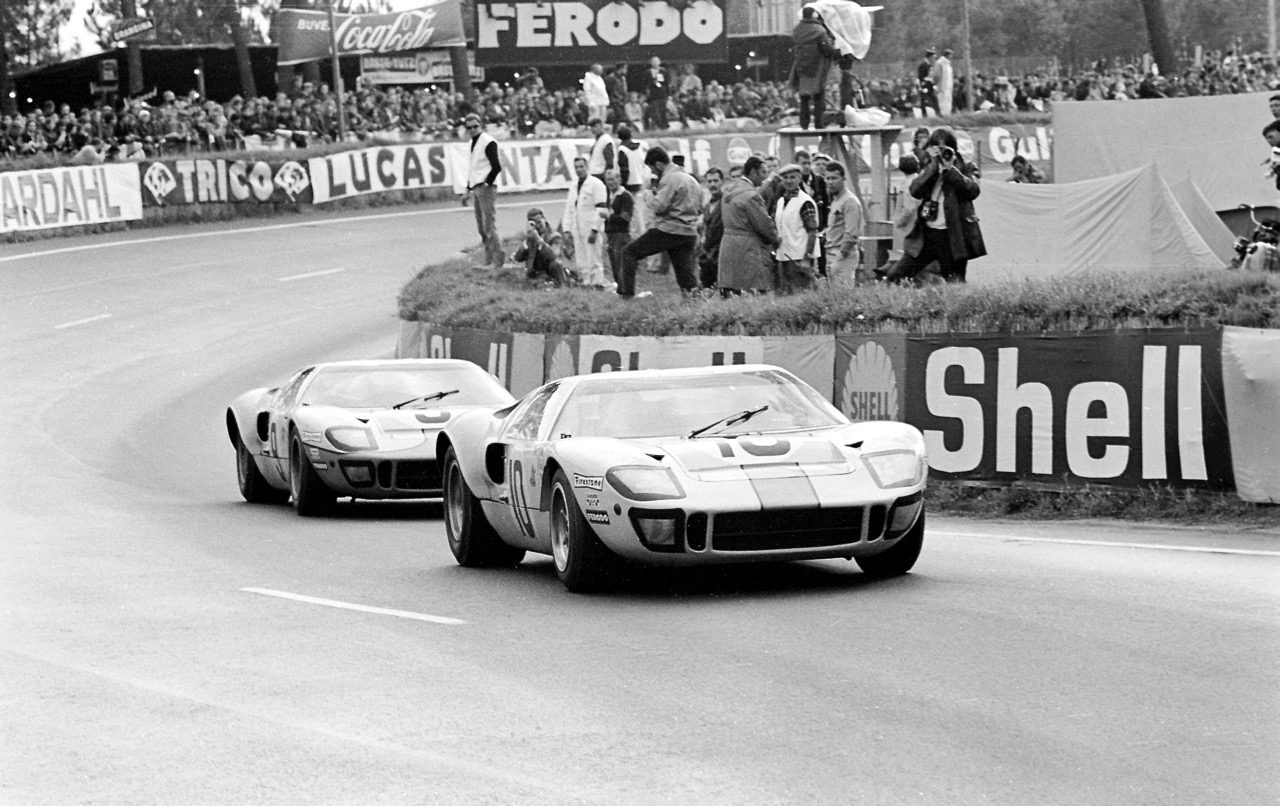 Most books showcasing the history of the GT40 and its legendary wins at Le Mans qualify as “coffee-table” books and are, larger, heavier, hardbound and considerably more expensive than John Starkey’s FORDS VERSUS FERRARI, from Veloce Publishing. And they covered more details. That said, those books are not great for traveling, reading on an airplane, etc. Starkey’s paperback measures 8 ¼ x 9 ¾ inches, and priced at just $19.99 is a great travel companion. 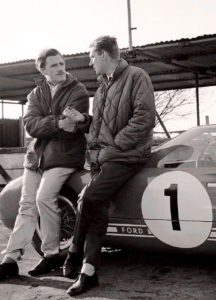 I found Starkey’s two-page epilogue dealing with technical choices when developing the GT40 and even a conspiracy theory about the death of Ken Miles, one of his book’s highlights. Unlike most authors of books on the subject, John Starkey is a consummate carguy, with a background in competition: hill-climb, rally and historic road racing. He’s also a racecar broker, consultant and researcher…and author. FORD VERSUS FERRARI The battle for supremacy at Le Mans 1966 is worth checking out.