It’s not fun & games when Utah residents rip up Bonneville’s fragile salt crust, negatively impacting one of our national treasures. Thankfully, Save The Salt is on the case. 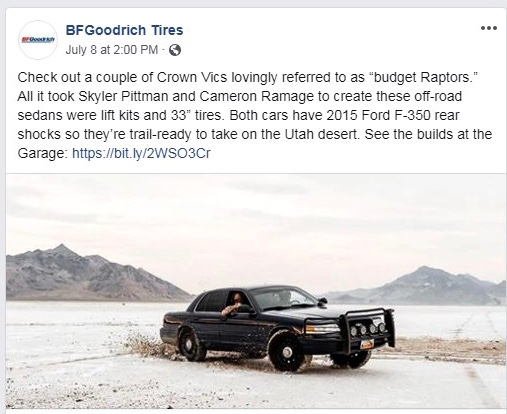 Last week a photo surfaced of two Utah residents, Cameron Ramage and Skyler Pittman, who took credit for driving recklessly on the Bonneville Salt Flats in a highly modified Ford Crown Victoria. They had made multiple hard-circling maneuvers, breaking through the thin salt crust and plowing ruts into its surface. The photo was posted on BF Goodrich’s national website and Facebook pages igniting hundreds of negative responses from the U.S. and international land speed racing communities, including BONNEVILLE: SAVE THE SALT!

It initially appeared as though BF Goodrich (BFG) was endorsing the destructive conduct. Not so. When BFG corporate staff became aware of the situation, they took immediate steps to apologize on BFG social media platforms, then remove the posting and contact Save the Salt. BFG discovered that the two Utah residents pictured in the car had supplied the photo to BFG’s social media contractor, which then uploaded the image innocently, thinking the action shot showing company product was a publicity opportunity. 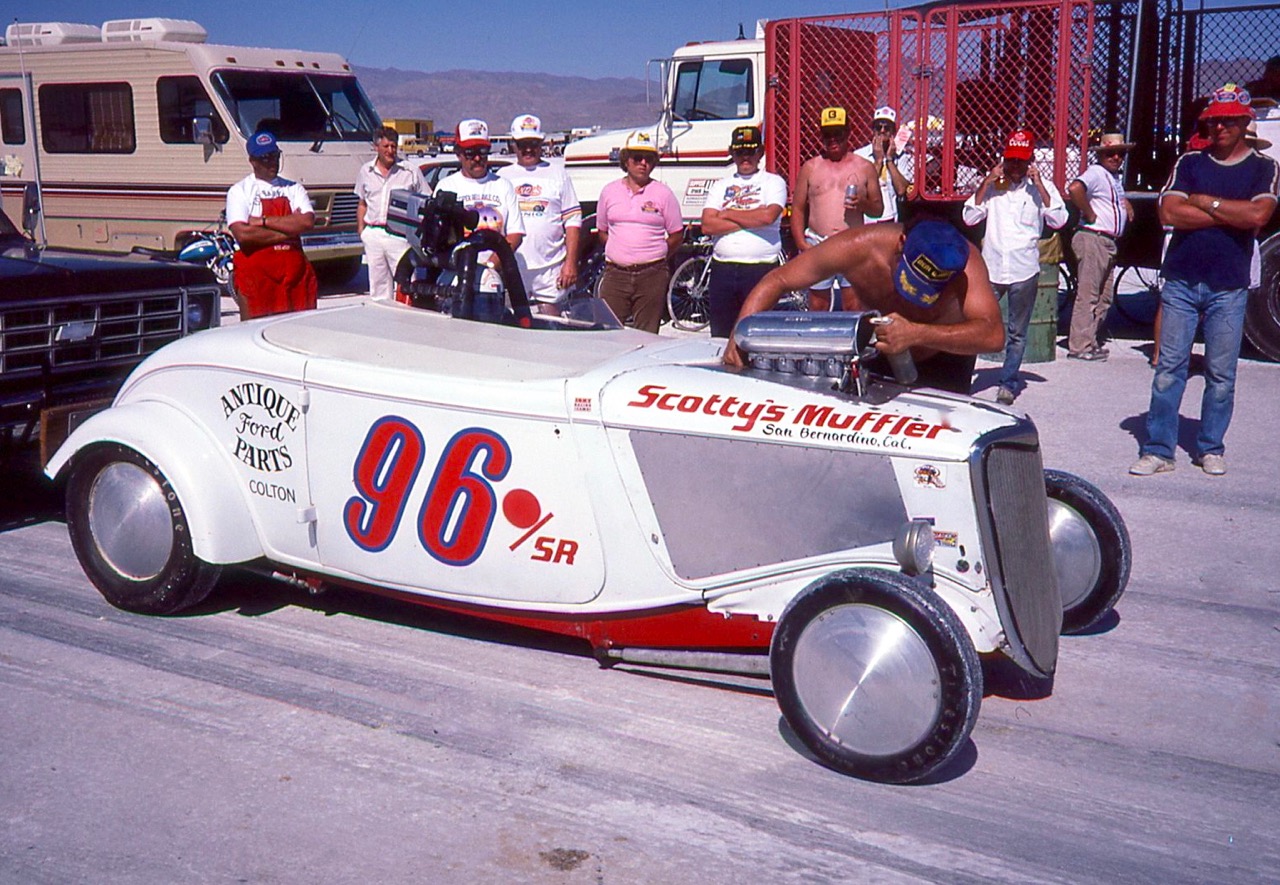 “We applaud BF Goodrich’s quick response in removing the posting once it became aware of the irresponsible act,” said Dennis Sullivan, President of the Utah Salt Flats Racing Association. “BF Goodrich has long ties to Bonneville and its tires have helped racers set land speed records over many decades. The company values this unique venue and has joined the racing community in efforts to restore the salt flats. To assist, the company is making a $5,000 donation to the Save the Salt Foundation.”

The photo that documents damage to the salt crust was posted on Mr. Pittman’s Facebook page on September 4, 2018. This is not the first time the two Utah residents have been to Bonneville. At least two other photos show the same vehicle. One in November 2016 shows the vehicle along with a similar car in standing water when driving on the salt flats is prohibited and the crust is especially vulnerable to damage.

Save the Salt representatives have notified officials at the U.S. Bureau of Land Management (BLM) of the incident and asked the agency to investigate further. Bonneville’s custodian, the BLM posts warnings about limited access to the salt flats but the directives are not always obeyed. 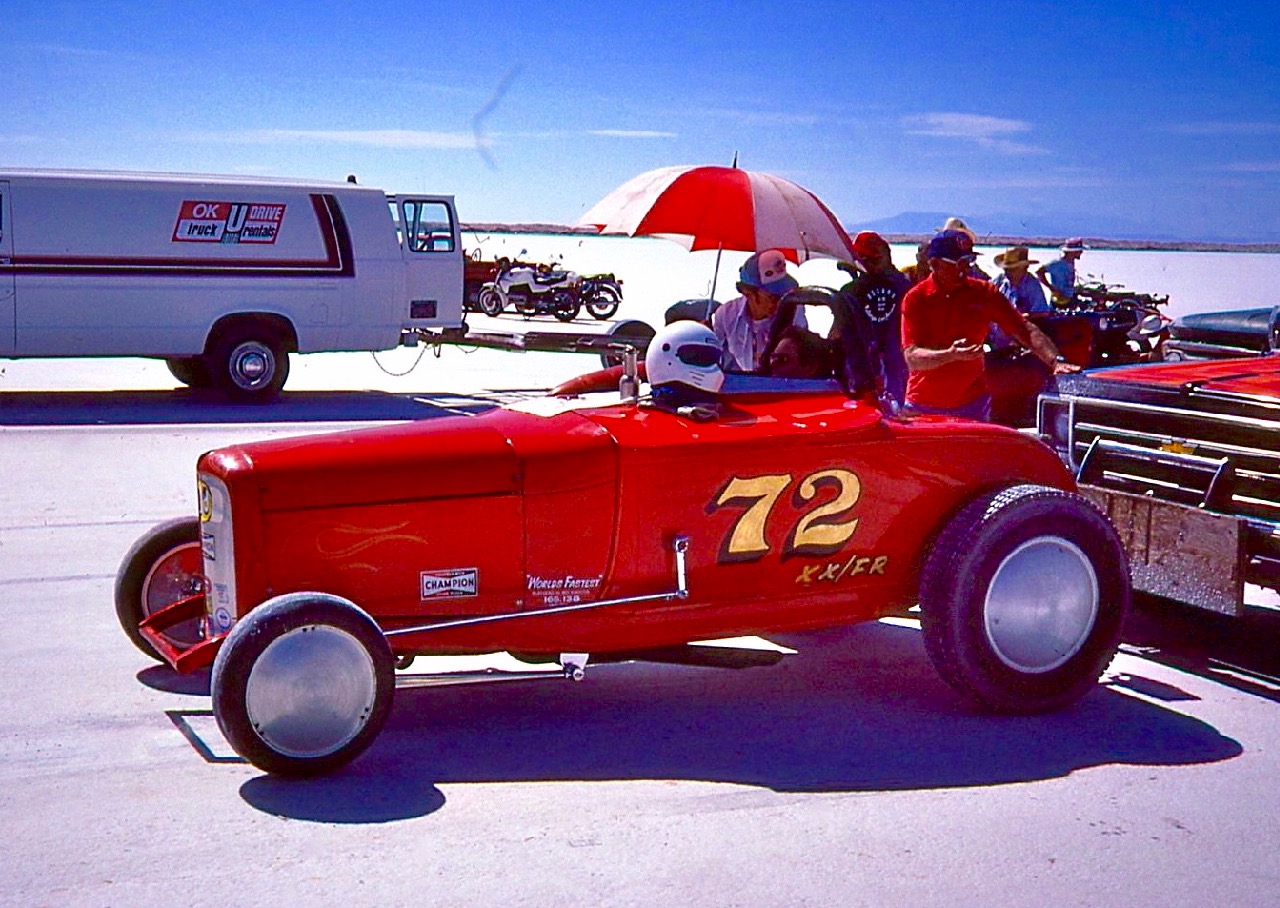 “The racing community urges the BLM to pursue violations of rules and regulations governing the Bonneville Salt Flats,” said Save the Salt Foundation Vice Chairman Tom Burkland. “Enforcement will help send a message where signs and other warnings have proven to be insufficient. The public must respect this environmental jewel.”

To learn more about the Salt Flats and BONNEVILLE: SAVE THE SALT! dedicated to preserving this national treasure, please visit http://savethesalt.org/